2014 has been a funny one, and not in an especially haha sort of way. It has been a bit of a year of change – saying goodbye to old relationships, moving away from Bristol, new homes, new schools, new boyfriends; all good fun.

At the end of the year then I thought I’d pick out some of my favourite posts from each month so that you can catch up on everything that’s gone on. If you like the format then let me know; I can do the same again next year and then you won’t need to read anything in between. 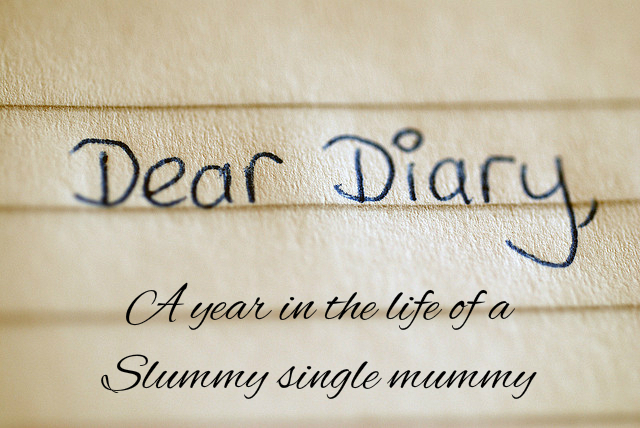 I seemed to be pretty angry in January. I chased a bin man who didn’t collect my Christmas tree, fumed over the Overuse Of Capital Letters and got cross when the Co-op wouldn’t let me buy some out of date potatoes. I also made up my own infographic about fussy eating, which I thought was pretty cool, and had a bit of a crisis of confidence about whether I was funny enough.

February saw my brief flirtation with running come to an end, but I did have nine jolly good reasons why running is definitely bad. I had a rant about car air fresheners and complained about children being hopeless at looking for things, because I am all about the serious issues of the day obviously.

In March Belle and I went skiing for the first time. Although not really naturals on the slopes, we had a lovely time regardless, and were hugely grateful to Snowbizz for the opportunity to try something new. I had a rant about an illicit dating website exploiting International Happiness Day and shared my thoughts on the teacher who taped up their pupils’ mouths.

April was dominated by my break up with Boyfriend and mainly I spent my time being sad. Probably best skip to May.

It would be fair to say that May wasn’t the cheeriest of months either. My blog had quite a few competitions and sponsored posts this month as I hid from reality. I was spending a lot of time thinking about relationships and did reflect on how people impact our lives without realising it.

In June I moved back to Taunton from Bristol and found myself despairing a little at the lack of a decent brunch. Despite much crying in the street, moments of self doubt and an unreasonable attachment to a sofa, we moved and unpacked. The deed was done.

In July, as I began to recover from the recent upheaval, I did begin to wonder whether my brain might be turning into actual fudge but I was getting back on track and even went on my first date since the split. I was getting the house in order too with the help of chalk paints.

August was of course dominated by the summer holidays, and Belle and I went on the road in a motorhome, completing one of the big items on my list of 40 things to do before I’m 40 and discovering the joy of chemical toilets in the process. August was also the month when I met my new boyfriend, which led me to seriously consider my wardrobe.

September came around and found me questioning my identity and ranting a little bit about always having to clear up other people’s mess. Seriously, why can people not just pick up after themselves?? It was also the month of bacon rage.

In October I lost my patience rather with the world of PR and sent a rude but in my opinion very funny email. It was also the start of a new series of The Apprentice, but I had 11 good reasons why I will never be a contestant, plus I very nosily asked you how often you have sex. It’s apparently less than people think.

November saw me getting a bit philosophical after a trip to the therapist, and asking what things you wished you knew. I was also wondering whether it is possible to over communicate and exploring a vintage sewing box, just to mix things up a bit.

In December I celebrated FIVE WHOLE YEARS OF BLOGGING! Can you believe it? What a lovely way to end a year!

What have been your 2014 highlights?