I had a long day yesterday. I delivered a Twitter workshop in Bristol in the morning and another in London in the evening. It was nearly 1am by the time I got back to the train station and found a taxi to take me home.

All I wanted at this point was to take a deep breath and relax, but of course you can’t physically do that in a taxi without throwing up your over-priced train sandwich into your own lap because of the stupid bloody ‘air fresheners’ that taxi drivers more than any other car owners insist on polluting their cabs with.

My taxi driver last night had broken away a little bit from the pack and gone with a white dove instead of a tree. In no way did instil any sense of peace or tranquillity in me. 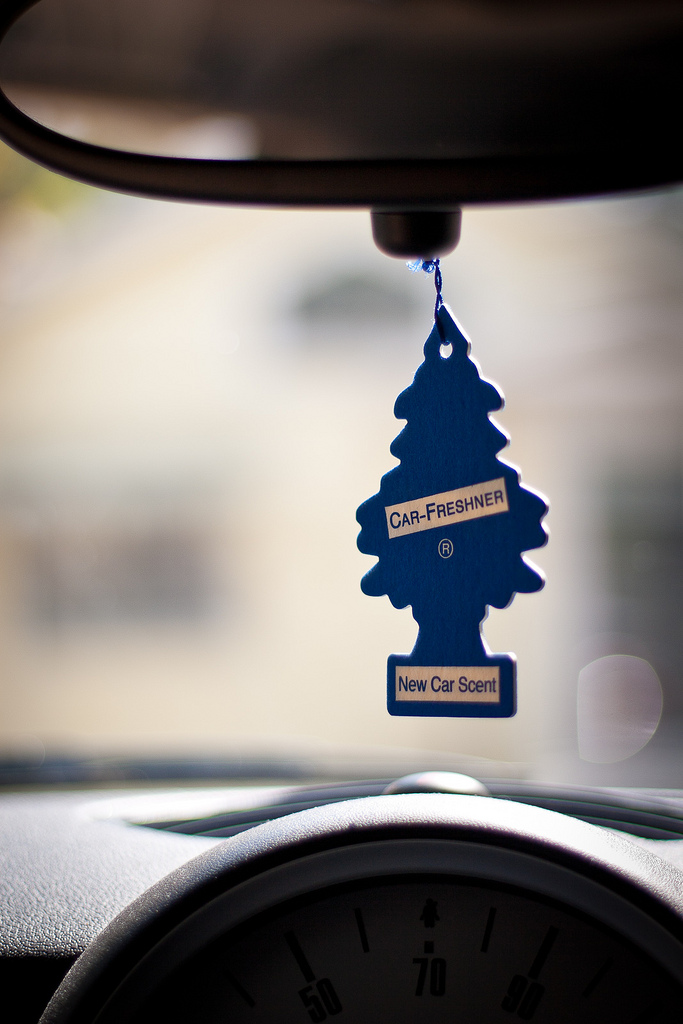 They call them air fresheners, but actually they are anything but. Have you ever smelt anything less likely to make you sigh happily and think to yourself ‘Oooh, what a lovely fresh aroma, it’s like being on a beach next to a pile of freshly cut grass and a bread oven’?

I didn’t think so.

I tried breathing through my mouth but that was worse as I could actually taste the damn thing. If you don’t want to smell them you certainly don’t want the sensation of a so called magic tree being laid gently across your tongue. Breathing through your mouth you also have to worry about looking like a slack jawed puppy.

I went back to nose breathing. In less than a minute I was sneezing.

“Bless you,” said the taxi driver.

What I meant to then say – what I screeched in my head at least – was “don’t bless me you fool! Stop the car, rip down that ridiculous thing and bury it deep underground. Right now.”

“Thank you,” I said instead.

Is there anyone out there who isn’t physically sickened by these things? I’d like to know.

Like the ranting? You can read more of them here.