I walked into Taunton town centre this morning.

It was the first time I had actually left the new house on foot since we moved in as Belle is still on crutches; our outings so far have mainly been to Sainsbury’s where she can wheel herself around in a complimentary wheelchair and we can pretend we are anywhere other than Taunton.

As I walked I tried to think of the positives of having moved out of Bristol. “It’s really handy,” I thought to myself, “that it’s only a ten minute walk to the bank for me to pay this cheque in.” In Bristol I had to go all the way down into the city centre for a branch of the Halifax.

And then I ran out of things. I had been walking for more than five minutes and there was not a single Boston Tea Party in sight and I started to cry.

I totally realise that crying in the street is not a normal reaction to not being within walking distance of a decent eggs florentine. I am clearly the most ridiculously spoilt, ungrateful woman ever, but I waited so bloody long to move to Bristol and even though no one apart from me seemed to like it, it was everything I ever thought it would be. It felt like home. And now I’ve left and I can’t help but think ‘SHIT SHIT SHIT WHAT HAVE I DONE??’ 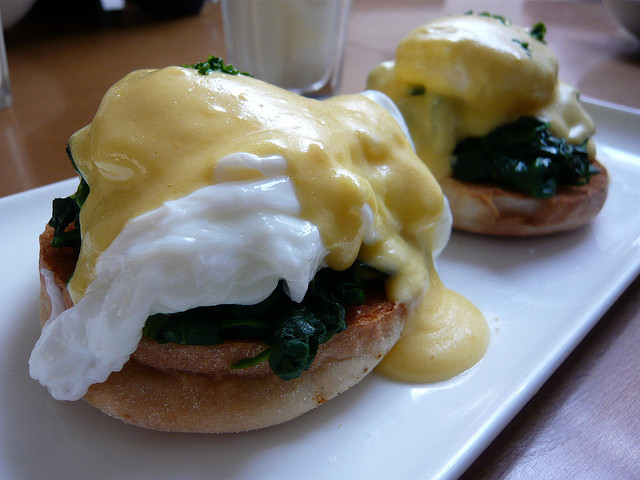 I do try to remember that I felt like this when I moved to Bristol as well, that it always takes a while to adjust to somewhere new, but that’s part of the problem I suppose, that Taunton isn’t new. I lived here for a few years ten years ago, and never really liked it much then. Ten years on and am I really simply back where I started, only older and more tired?

So I paid in my cheque – that really was handy – then it started to rain so I went to Starbucks and cried in there instead.