At 5.28pm on Tuesday 5th August I found myself doing something I had never done before, something I never imagined I ever would do.

At 5.28pm on Tuesday 5th August I wheeled a plastic box of my own poo across a field full of holidaymakers, happily playing swing ball and barbecuing meats. It was a bit like walking through an airport, except outdoors and with infinitely more unpleasant luggage.

And so I was introduced to the joys of the chemical toilet. 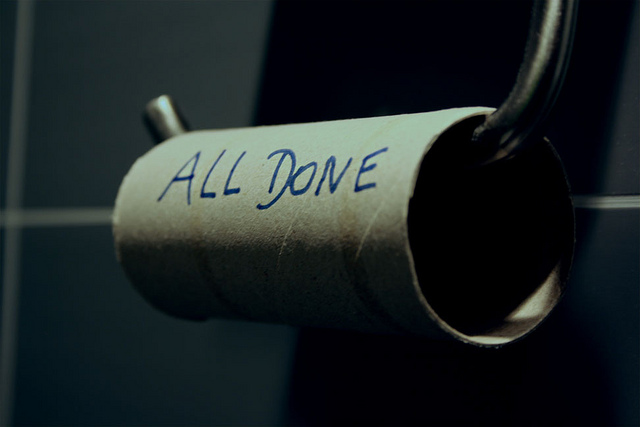 I enjoyed pretty much every single aspect of our road trip, but emptying the chemical toilet was not one of them. I’m sure that once you had done it a few times it wouldn’t be a big deal, but I have always preferred to think of myself a little bit more like the Queen, not wanting anyone else to think too much about me ever going to the toilet. I’m certainly not one of those people who happily poo in front of their partners; I mean, come on, can we not keep some mystery alive?

I accept that we all go to the toilet, that we fart and burp and dribble in our sleep, and sometimes sneeze all over ourselves. (Well I do anyway.) I accept that bodily fluids (and solids) are a necessary part of life, but there is something absurd about actually transporting said solids through a caravan park, everyone knowing what you are doing, everyone at some point doing the same thing.

The actual emptying of it I didn’t mind so much, it was the performance aspect of it, the wheeling, that’s what got me. The casual ‘good morning!’ to fellow campers, wheeling their own boxes.

Worse though than any of this was the conversation I had with the team at Bailey when I took the van back.

“I emptied the toilet,” I told them, “and refilled it with a bit of water and toilet fluid as I wasn’t sure if that was better than leaving it empty. That’s all the sloshing noise is I promise.”

“That’s great!” they said. “Some people bring them back full!”