This morning I went to see my counsellor. A few days ago, when my mind was feeling a little frantic, I had sent her an email, offloading some thoughts, ready for us to talk about today. When I arrived, she had turned my email into word art (this I why I think she is the best counsellor ever) and presented me with an illustration of the language I had used. On little cards she had written my top six words.

“What stands out to you about these?” she asked me.

I looked at them and three seemed so obviously to fit together, despite having been used independently in the original writing. 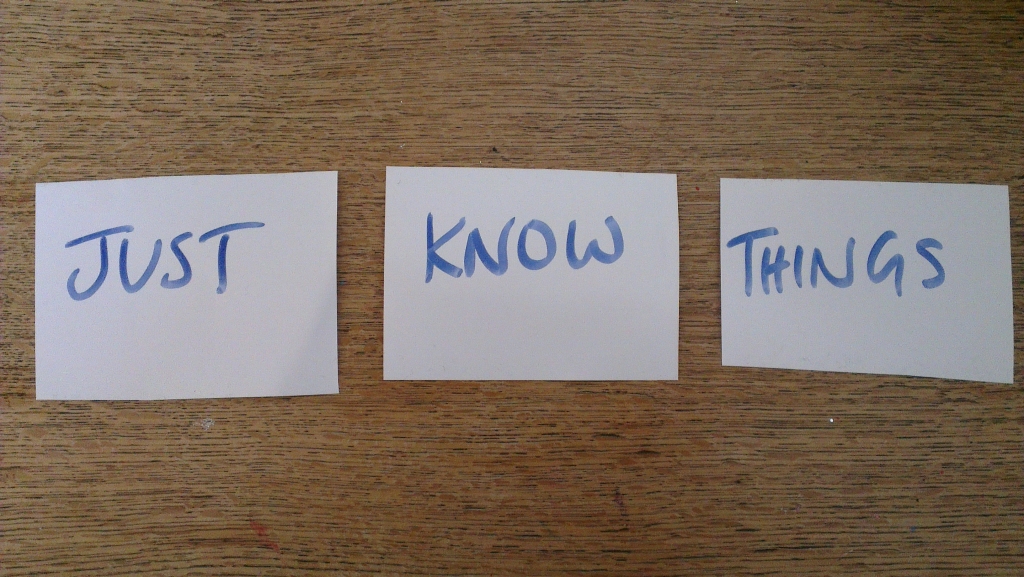 “Those three,” I said, pointing at them. “I want to just know things.”

“What do you want to know?” she asked.

So I’ve been thinking about it…

I have never really been terribly comfortable with uncertainty. That’s not to say I can’t be spontaneous or that I don’t do fun things but somehow that feels different – that’s me being in control of the situation, me deciding to do something unplanned.

Is it other people then, or work maybe? It’s natural surely to want to know roughly what your week has in store, when you are going to see people, how much money you have coming into the bank in any given month? Being self-employed does involve a lot of uncertainty around work and money, and this should be perhaps more of a concern, but I don’t think it’s even that that makes me fret.

The things that I want to know are the things that we can never know. It’s the general uncertainty that surrounds us everyday, the sort that we just have to accept and live with that I sometimes find so difficult. Of course there are plenty of things I feel I do know, like that my family love me and I love them and we will always support each other, that I’m never going to end up destitute, but there are a few things I often feel desperate to know when the reality is that you never can, that any one of them may or may not happen, and sometimes that freaks me out:

So really not much at all.

I remembered after I had left the session about this enduring fantasy I used to have at school. It’s very embarrassing but I’m going to tell it anyway in the hope that I’m not the only person who feels like this sometimes…

I wasn’t a particularly popular child, never able to resist putting my hand up when I knew the answers to things, and I don’t think I was especially well liked. I was however desperate to know for sure. It seemed to me that relationships between teenagers were so complicated – how was I supposed to know whether people actually liked me or not? Where they being nice as some sort of joke or were they teasing me because actually we were friends? I couldn’t figure it out. So, I used to imagine the whole school being given a survey to fill out, all about me, where they would write down exactly what they thought of me, perhaps marking me out of ten for various aspects of my personality. It might be harsh but I thought at least then I would know.

It never happened, despite me planning the logistics of the survey production and distribution in my head, and of course that’s for the best. Some things are just not meant to be known and we have to be OK with that.

How does uncertainty make you feel? Are there things in life that you wished you knew but don’t or can’t?