I have talked before about my pet spelling and grammar hates, especially when it comes to text messages, but this is a very specific rant about the overuse of capitals. Having worked for some time as a copywriter and having spent a couple of years in the newsroom of my local paper, I have a weak spot for grammar errors and am programmed to be on the look out for errant capitals, and it seems there are plenty of them about.

There is just no excuse, especially when there are so many options around for checking spelling and grammar.

This van made me particularly angry recently; so much so that a large part of me wanted to call them and complain.*  It would be extremely difficult to squeeze more capital letters onto the back of one vehicle.

(Also, what is a LOLER examination? It sounds fun.) 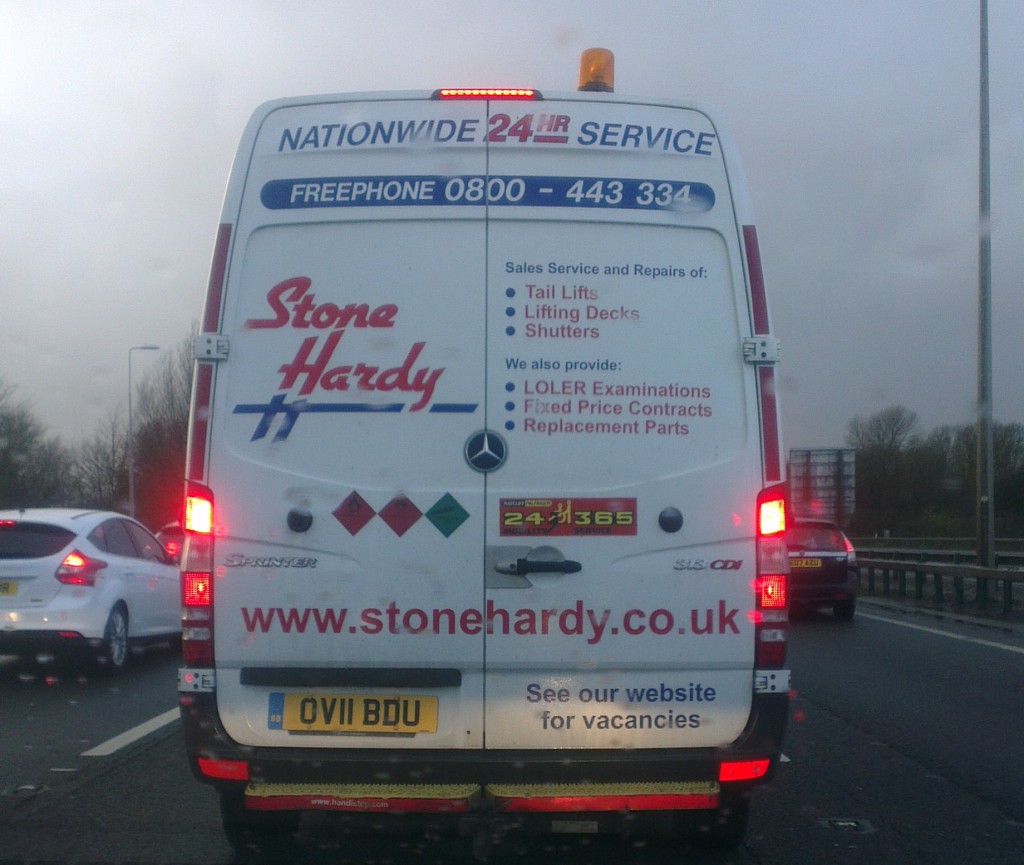 This post is a message to all of you who think that just because a word sounds like it might be a little bit important in the context of a sentence, that it should be capitalised.

It’s for anyone who believes that titles, bullet points or anything else like that are actually so important that they should be jam packed with capital letters.

Seriously, get a grip.

Capital letters should be used at the beginning of sentences, for the word I, at the beginnings of places or people’s names, and in a few other circumstances such as book titles and acronyms. The rest of the time you should keep your finger off the shift key.

Am I alone in this? How do you feel about the overuse of capital letters?

*I was stopped, hand brake on, in a traffic jam when I took this, not driving along at 70mph fuming about grammar, swerving around like a mad woman with a camera.