So here I am, about to move house again. This will be the fourth house I have lived in just in the lifetime of my blog and I’m heading for thirty in my lifetime as a whole. While I’m an old hand then when it comes to packing, this is quite probably the hardest move I have ever made and represents a significant crossroads in my life. I feel like the last two months have all happened outside of my control without me really meaning them to, and that things could so easily be so different.

(I do know that this isn’t actually how things happened, it just feels like it right now.) 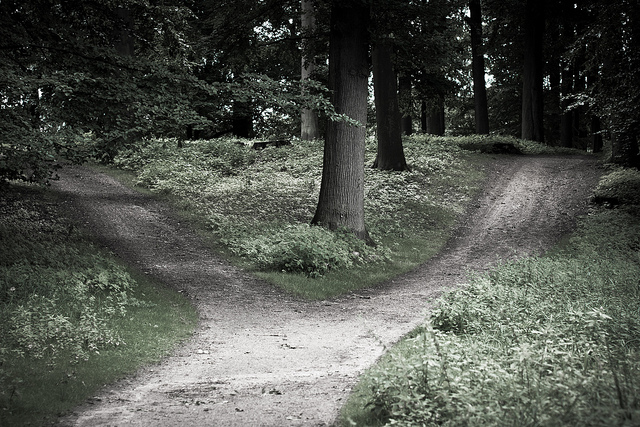 I’m moving for three key reasons, all stemming from the recent breakup.

Firstly, living in Bristol as a single parent is bloody expensive, especially in this area. This isn’t news to me, but when there were two of us it felt manageable and a price worth paying for being in such a lovely part of the city. On my own it’s suddenly not such great value. I could afford it, but I’d then not really be able to afford to actually go anywhere in this lovely part of the city. Babysitting is expensive here too.

Which leads me neatly into my second point. Moving away from everyone you know and love is all well and good when you are part of a couple, but when you suddenly find yourself without a grown-up in the house to talk to or to babysit then you very quickly feel very lonely indeed. Of course I have made friends here, but it’s not the same unconditional love and support you get from a partner or your family, where you can just sit and be quiet all day if you want to while they make you tea and entertain your child.

Finally, it turns out that living in a house by yourself, a house that you’ve only ever lived in with a partner who you loved very much, is really hard. Who’d have thought?? It’s a pretty small house too, so there’s not a single part of it that isn’t awash with memories. It feels pathetic, but everywhere I look I see him. It gets to tea time and I’m expecting him to come home and he doesn’t, and that sucks. I know that this will pass but it’s really tough. I’m hoping that a fresh house will be enough to help this and that I won’t need to go as far as replacing every single item of furniture.

OK, so this is all fairly logical isn’t it?

I feel about 91% happy that it’s the right decision. I also know though that my sense of reality and my consequent decision making powers are ever so slightly skewed right now, and so there is that 9% of me that’s really scared.

There are two main reasons.

Number one – I love Bristol. I went to university here years ago, I worked here as a graduate for two years, and yet I only got round to actually living here three years ago. That’s not to say it wasn’t a long time in the planning – Bee even started to use air quotes around the phrase ‘when we move to Bristol’ as I went on about it for so long to the point that no one ever believed it would really happen. It did though, and although it was tough to start with, I do love living here. It feels right. I’m scared that not living here is going to feel wrong and that six months from now I’m going to be kicking myself for giving up so easily.

Number two – it feels like the end. I have been in a significant amount of denial over the whole breakup situation and making the decision to move away has made it all a little bit too real. Living here, carrying on as though nothing has happened, I can kid myself that perhaps Boyfriend is just away for a little while, or that OK, maybe we have broken up, but it’s only for a bit and that any minute now he’ll realise what he has lost and come back. The longer I go on pretending though the more I have to accept the fact that he knows exactly what he has lost and that it turns out it isn’t enough to make him want it back again.

This sucks too as I had thought I was alright really.*

Even though I’m only actually moving about 40 miles away, it still feels like the end. Closing the front door when we leave on our last day, leaving behind the physical space we shared together, will feel like closing the metaphorical door on that part of my life too. I quite liked that part of my life though, hence the apprehension.

So there you go.

Leaving behind Bristol and Boyfriend is going to be difficult, but I am trying to remember that although there may be no going back relationship wise, Bristol is always going to be here for me. It won’t mind me visiting any time I like and will welcome me back in the future should I change my mind and want to come home.

One door may be closing but here’s hoping it just means another one opening.

*This is not meant as a cue for everyone to say ‘but you are, you are lovely!’ I know that it doesn’t really mean that I am not lovable  or that I won’t meet someone else who does love me enough to do whatever it takes, I’m just sad about it right now.