Who’d have thought I would ever stick at this blogging lark so long that I would write a thousand posts?

More importantly, who’d have thought I’d use an exclamation mark in a headline like that? It’s like working at a very cheap newspaper. This is a very special occasion though, so if ever a post warranted an exclamation of any kind then this is it.

How many words do you reckon I write in average in a post? (Definitely something I should know rather than you, unless you count, which is weird.)

400 maybe? 500 if I’m being generous? That would be half a million words, which is officially A LOT OF WORDS. Just to put that into some sort of perspective, that’s enough words to fill 17 Olympic sized swimming pools or two and a half football stadiums. If you laid all of those words out next to each other they would cover an area roughly the size of Wales.*

Also, the average mystery novel is around 80,000 words, so I written the equivalent of five or six books**. I am basically Agatha Christie.***

Of course if I had given it more thought and was better at planning then I would have made sure my 1,000th post coincided with my fifth blogging birthday and gin extravanganza last month but alas, I did not and am not. The story of my life right there, so instead you get this sort of clunky ‘Oh I know I just celebrated five years of blogging but now here’s another landmark post following in awkwardly quick succession!’ type post.

Feeling awkward yet? I am a bit, but only because I just drew attention to it.

I didn’t have a particular direction I was going in with this post other than to say ‘yay me!’ but how about if I pick out a few posts that I think are definitely worth a read? OK then, if you insist…

The post with the most ever comments (not including competitions) is, for some reason, this one about a child washing their hands in my coffee. Make of that what you will.

How about this one about my feelings about pornography? It’s one of my most hotly debated posts ever, closely followed by this one where a male friend reveals to me that he reckons 100% of men would cheat if they knew they could get away with it. I did go to Amsterdam on my own too and question some men I met in the Red Light District. That was quite interesting.

Or if you fancy something a bit less intense what about my birth story from when I had Bee, aged 17? (I was 17, not her. That would really have chafed.) It’s one of my most read posts and the fact that I use the word ‘lush’ to describe giving birth always makes me smile. I had a popular rant here too about why teenage pregnancy isn’t the worst thing in the world.

Other random topics that have proved popular are the one where I test myself for adult ADHD, another where I admit to letting my children drink Fruit Shoots, this story about a beautiful princess who falls in love with an unsuitable prince  and this post where I ask who should pay for dinner on a first date.

And finally, what blog round up would be complete without this post where I talk you through my smear test?

I do spoil you. 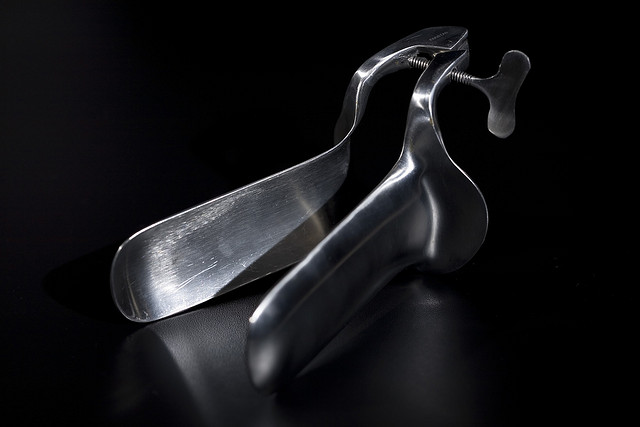