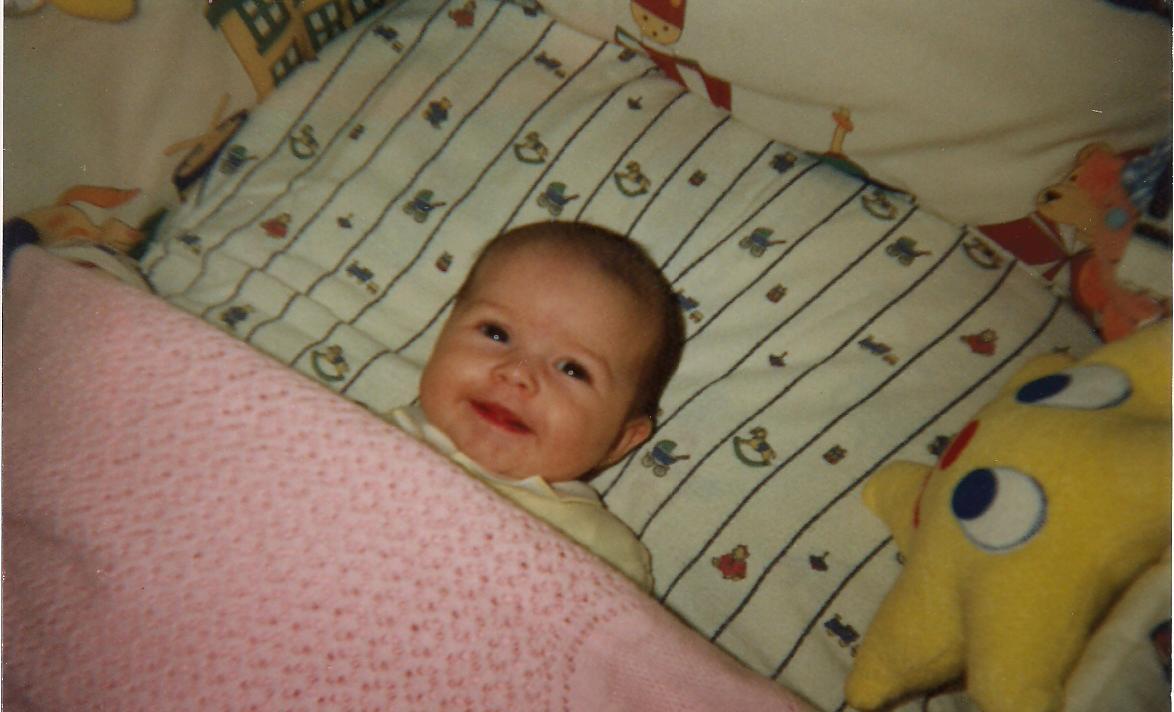 I’ve been having a bit of a teenage pregnancy week this week, influenced by stories in the news and events in my own life. Although it’s 14 years now since I became a mum at 17 to Bee (pictured right as a baby), having been a teenage parent is still a hugely defining part of who I am and I feel an ever present determination to prove to the world that teenage pregnancy doesn’t mean a wasted life.

Of course if you believe the media, teenage pregnancy is the root of all evil, both the cause and the symptom of a society whose morals are crumbling faster than my house, (chunks of which have recently started appearing in the garden).

Jan Moir has vented her fury against teenage mums today in a particularly ignorant and disgusting fashion. I really can’t even begin to respond to her vicious rant without wanting to stab pins in my own eyes with frustration. Suffice to say Jan:

Despite Jan’s prophecy of me wallowing forever in misery and housing benefit, I even managed – shock horror – to get a degree! A first class degree in Economics no less. Hard to believe I know that a teenage parent would even dare to have any kind of ambition or aspirations, or go as far as to consider making a good life for herself and her family.

And I’m not the only one. My friend Camilla had her baby while she was at university and lo and behold she isn’t wasting her life “from now until the grave…in a council house papered with State handouts and increasing despair”, as Moir so eloquently puts it.

But enough of my bitter sarcasm. I know I was lucky in that I had fantastic support from my family (pictured left – My Mum, Gran, Me and my sister), but can we please just all realise that, although obviously not ideal,  having a baby as a teenager doesn’t automatically spell disaster?

Women have babies at all ages and manage to maintain interesting careers and social lives. How about, as Camilla suggests, we think instead about supporting young mums? Rather than just dumping them on the educational scrapheap, we could offer these young women incentives and practical support to continue their education, ultimately facilitating their long term financial and emotional independence.

We could even celebrate the achievements of  teenage parents – congratulate them for the fantastic job they do juggling families, schooling and work, all while having their confidence, ambitions and parenting skills constantly undermined by a predominantly ignorant media?