It’s a couple of weeks now since Playgroups and Prosecco came out in paperback and whenever I see people I know they want to hear all about it.

‘I don’t know,’ I tell them, and they look confused, as though I should be getting hourly updates from supermarkets up and down the country.

To be honest, I don’t think I want to know. But then also I REALLY want to know. Only if I know ONCE then I can’t go back and NOT know, and what if no one likes me? I’d want to not know that. It’s so stressful.

It feels very much like getting a new boyfriend.

For the record, I am BAD at having new boyfriends. I’m an absolute sucker for it mind – the thrill of a new relationship, falling in love, cups of tea in bed, the excitement and newness – and I think I’m a decent girlfriend – thoughtful and fun and kind and what not – but I also find it quite difficult. I’m normally very laid back and relaxed about stuff, definitely not a worrier or an over-thinker, but relationships trigger a vulnerability in me and can feel quite overwhelming.

I swing wildly between desperately wanting to know how someone feels about me EVERY MINUTE, and then ignoring them because who cares, I don’t need them anyway. (I’m a CATCH.) In fact, when I was at the Swindon Spring Festival last week, I met the lovely Laura Mucha, who has written a book about love called Love Factually* and she sent me a copy afterwards so that I could read up about my potentially ‘disorganised attachment style.’

(‘Don’t Google it,’ she told me, which sounded ominous.) 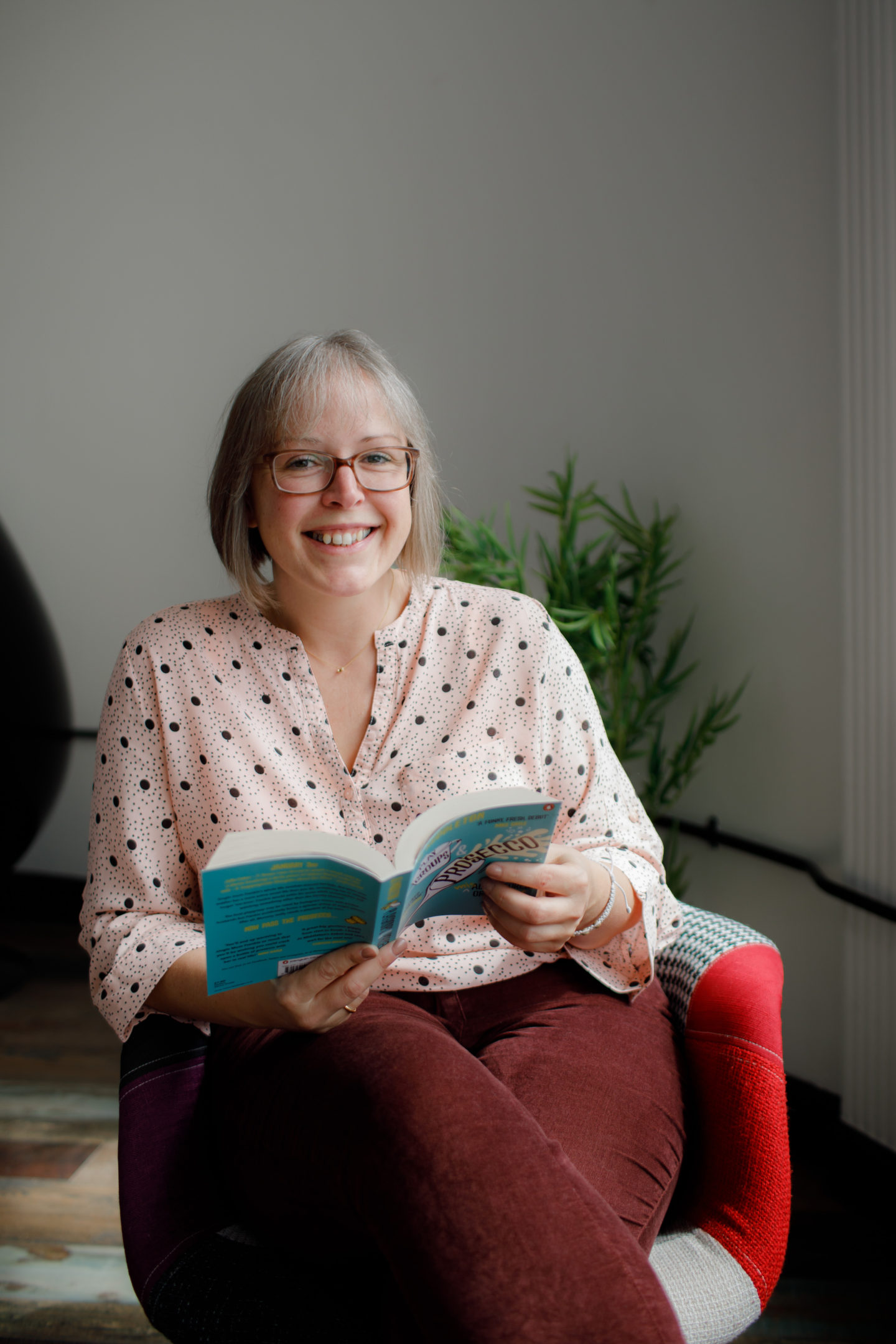 ‘Haha! No of course I don’t care that it took you 2 hours and 37 minutes to reply to me, even though we were in the middle of a conversation.’

Where was I going with this?

My point is that while in most aspects of my life I am very secure and confident and generally awesome, love is not always one, and it seems that publishing might be the other.

It’s weird, because I’ve been writing here for 10 years and never particularly been bothered about who reads it, but there is something about the fact of the physical book, being in real life shops, that makes it different. You can’t change it – you can’t go back and edit it once it’s on a shelf – and that can be unsettling, even when you try your best to be super cool and professional. 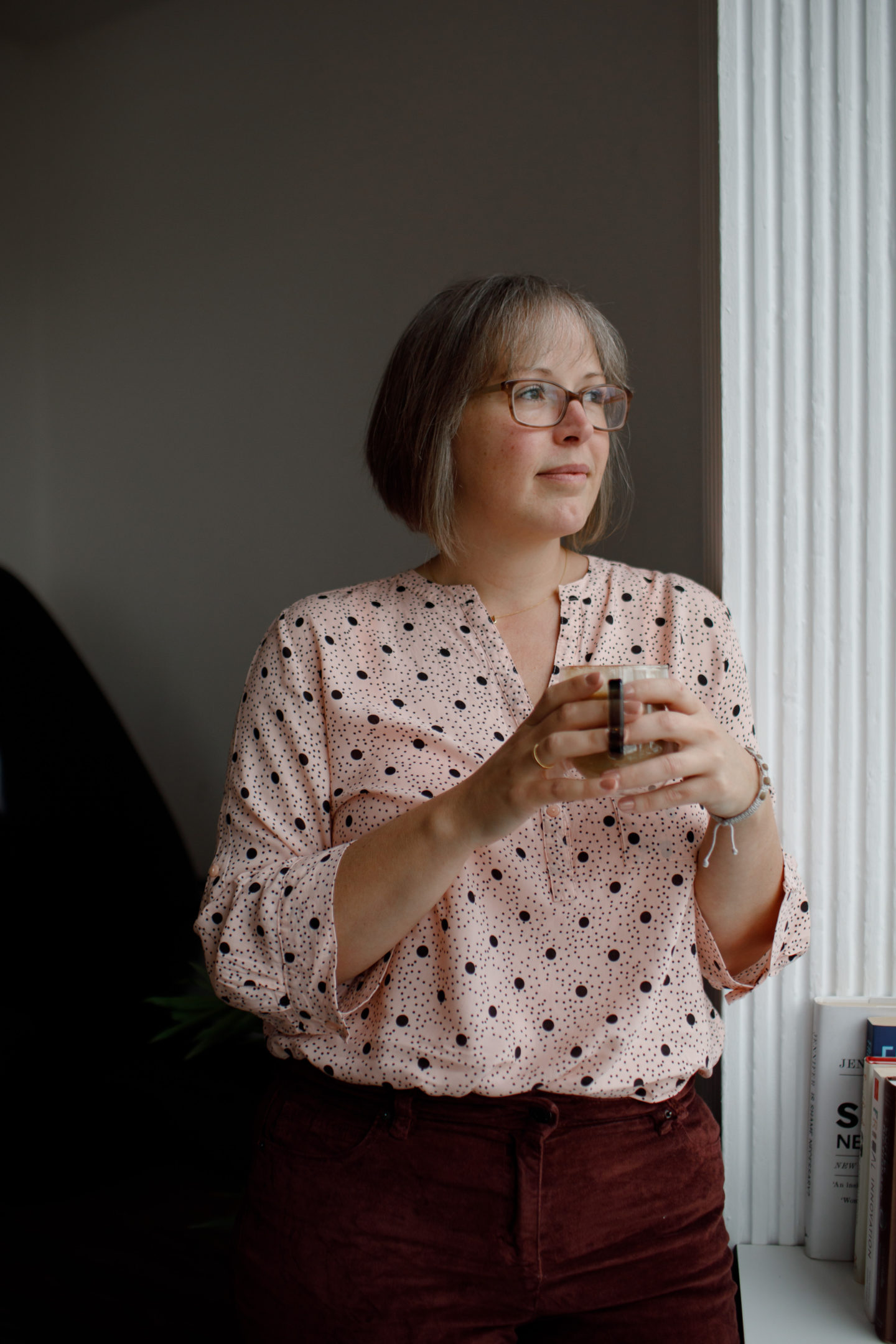 I had some new photos done because of having a new haircut so I’m just going to slip them in wherever. This is me being carefree yet thoughtful.

Sometimes I’ve spotted Playgroups and Prosecco in shops and wondered if anyone else has seen it, or maybe bought it.

‘Do you LIIIIKKKKEEE MEEEEEE?’ I want to ask. But obviously you can’t do that with strangers in Asda. And then it’s okay because the next minute I’m not even interested because I never wanted to write a book anyway and I don’t care if everyone hates it.

(I do care. I’m actually getting a headache writing this.)

Sometimes I check Amazon reviews and see that someone has said something nice and it’s like the rush you get when you’ve had a MESSAGE from a new boyfriend and for twenty minutes or so everything feels normal. A bit how I imagine it would feel if I was a crack addict.

I guess ultimately, whether publishing a book or finding a boyfriend, it comes down to making yourself vulnerable, and that’s not something I’m always good at.

When I’m feeling most anxious about it I have to stop myself and remember the fun bits about falling in love, to complete the analogy. The excitement of not knowing where something might lead, and someone seeing a new side to you – that still applies. Putting a bit of yourself out there in a new way and making stronger connections as a result, that can happen too.

I do feel vulnerable, but with that comes possibility and opportunity, which is always a good thing isn’t it?

It’s just a shame a new book can’t bring you tea in bed.

*‘Love Factually’ is probably the best book title of all time.