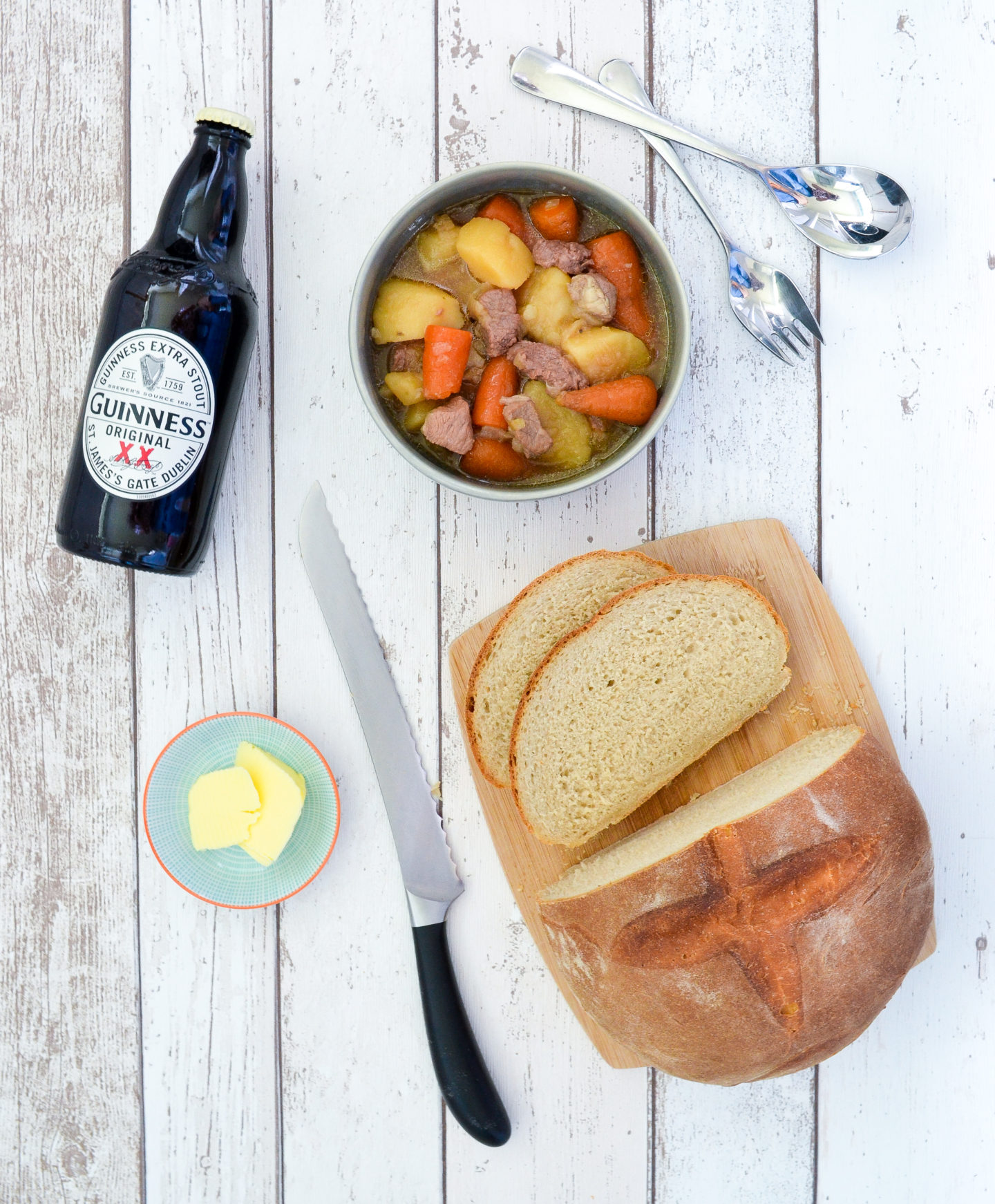 Is there a word that means the opposite of heritage? Opposite in that it’s about looking forward rather than backwards? Forwardtage maybe? No, that’s terrible.

What I’m looking for is a word to describe the fact that my sister has been living with her Irish husband and my neice and nephew in Ireland for a few years now, and the longer they stay and the more often I visit, the more I feel a connection to Ireland as a place that part of my close family is growing up in. I may have no Irish heritage, but I feel a growing sense of Irish forwardtage.

When the latest theme for my lamb recipe project came through then, and it was all about cultural influences on food, an Irish stew seemed like an obvious choice. I’ve never cooked an Irish stew before, but the ‘Lamb. Try it, Love it’ campaign is all about inspiring you to try new lamb recipes, so this felt perfect.

Cooking a recipe that comes traditionally from another country is tricky, because you want to get it ‘right’ – not there is necesarily a right and wrong way to cook, but you don’t want to isolate your entire Irish audience by cooking an Irish stew with beef or putting garlic in it or anything.

All of the reading I did around Irish stews suggests that traditionally it’s just four ingredients – lamb, potatoes, onions and water. This felt a little on the simple side though to warrant a blog post, so I have added carrots. (Get me.) Carrots seem to be one ingredient that you can get away with adding to an Irish stew – for colour as much as anything.

I also added a spoonful of marmite. I’m sure this isn’t a normal addition, but my sister loves marmite and is always putting it in stuff, so it felt like an appropriate ingredient to add to my Irish stew to represent the English-Irish fusion of her marriage.

It also adds a nice extra layer of flavour, and gives my Irish stew a heartier colour. 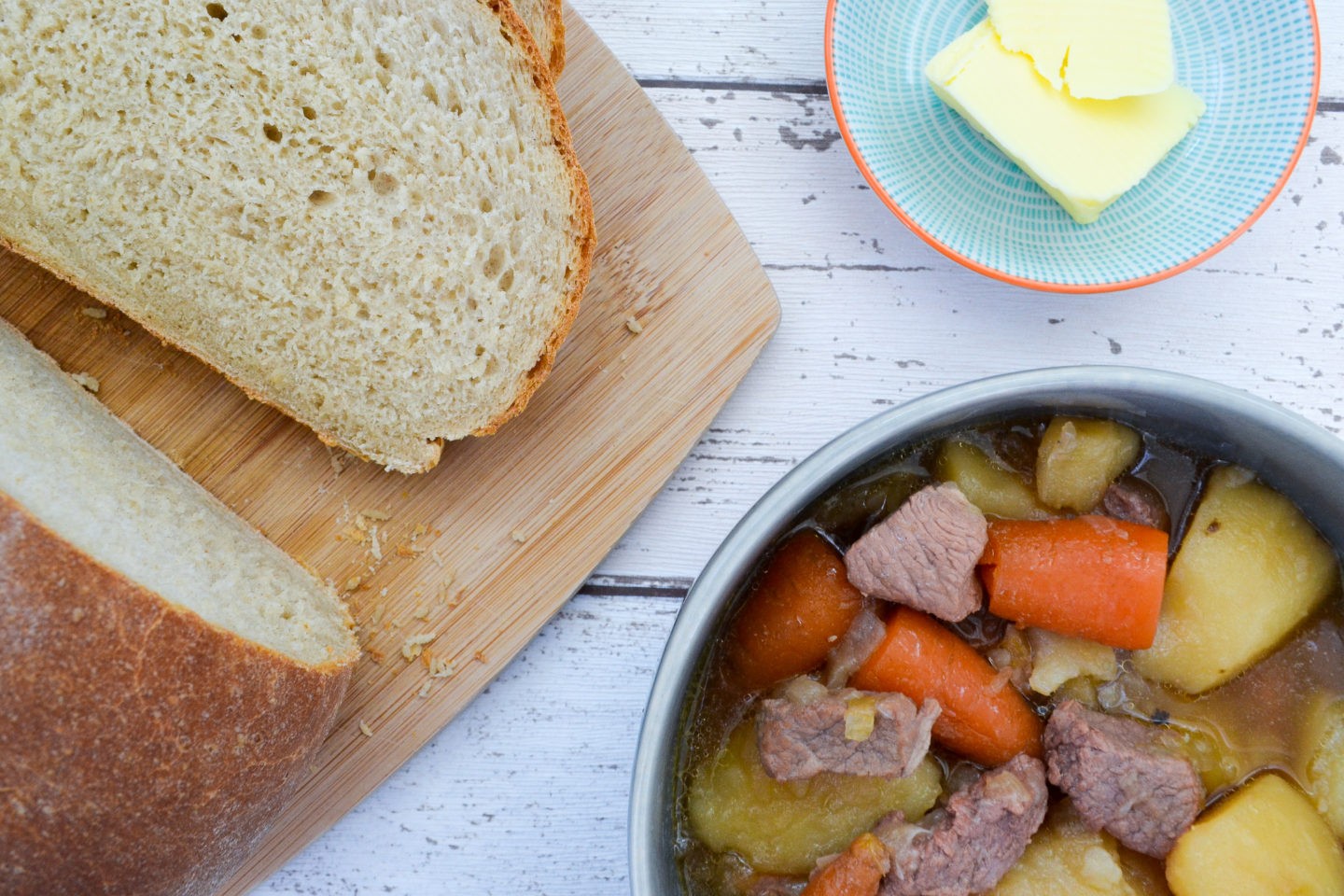 Potato wise you want to go with something floury, like a King Edward, that will break down in the stew and help to thicken the sauce. Some recipes like to add a waxy potato as well, to give a variety of textures, or add the potato in stages, but ain’t nobody got time for more than one type of potato in a recipe.

In terms of the lamb, I used ready diced lamb leg, chiefly because this is what they had in the supermarket, but you could substitute with other cuts of meat. The beauty of this dish is that you can use relatively cheap cuts because it cooks slowly for a long time, meaning everything softens up nicely. Shoulder or neck fillets would work equally well – both are well suited to stewing.

The other issue I want to address here quickly is how so many of the recipes I found put their Irish stews in the oven. This is NOT OKAY. A stew, by definition, is made by applying heat to the bottom of a dish – i.e. on the hob – whereas a casserole is cooked by heat that circulates throughout the vessel – i.e. in an oven. The clue is in the name here people – an Irish STEW does not go in the oven.

(I’m a very laid back person but the stew/casserole thing is important to me.)

To soak up the lovely Irish stew juices I made some sourdough bread. This sounds very impressive, but I only used a ‘ready to mix’ packet from Tesco, where you just add some butter and water. You still have to do all the kneading and everything, so it’s just as satisfying really, but it is a bit of a cheat so don’t tell anyone. Also the mix was only 85p, so probably cheaper than buying a loaf ready made, and butter on warm, fresh bread has to be one of the best things in the WHOLE WORLD, so worth the effort. 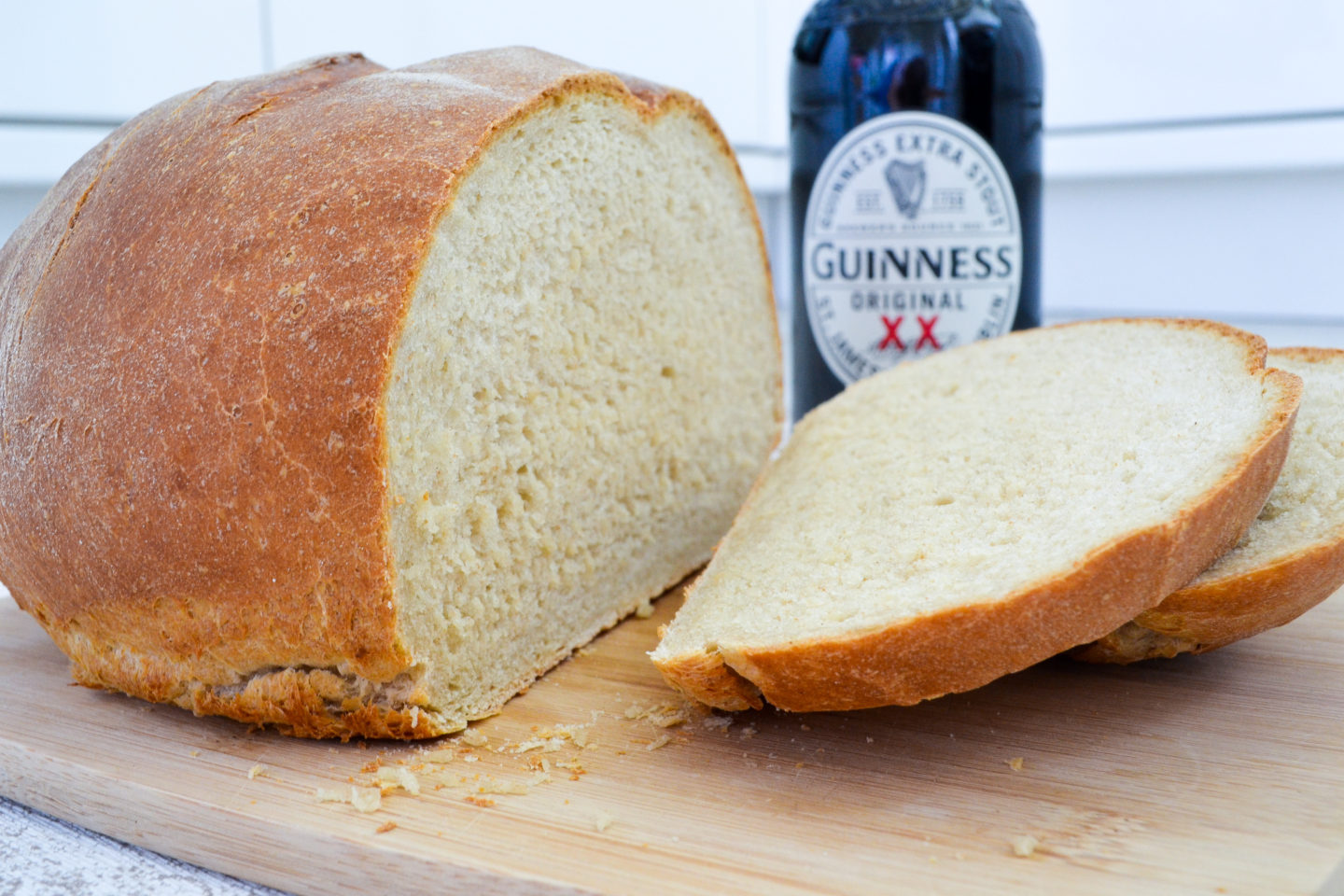 These aren’t set in stone, so feel free to improvise. I would say this quantity would serve six people with bread.

In a large pan, heat the oil and add the onions. Cook until softened. Add the lamb and cook for a few more minutes to seal the meat. Add the potatoes and carrots, enough water to cover everything, and stir in the marmite. Season with salt and pepper.

Bring to the boil, cover and simmer for 30 minutes. Take off the lid and cook for another 30-40 minutes until the vegetables are cooked well through.

That’s literally it. How easy was that??

You can either eat your Irish stew straightaway or keep it overnight and let the flavours develop. Use your bread to mop up all the delicious stewy juices. Serve with Guinness because everyone knows that ALL Irish people drink Guinness.

Do you have a favourite lamb recipe? Get more ideas on the ‘Lamb. Try it, Love it’ website. 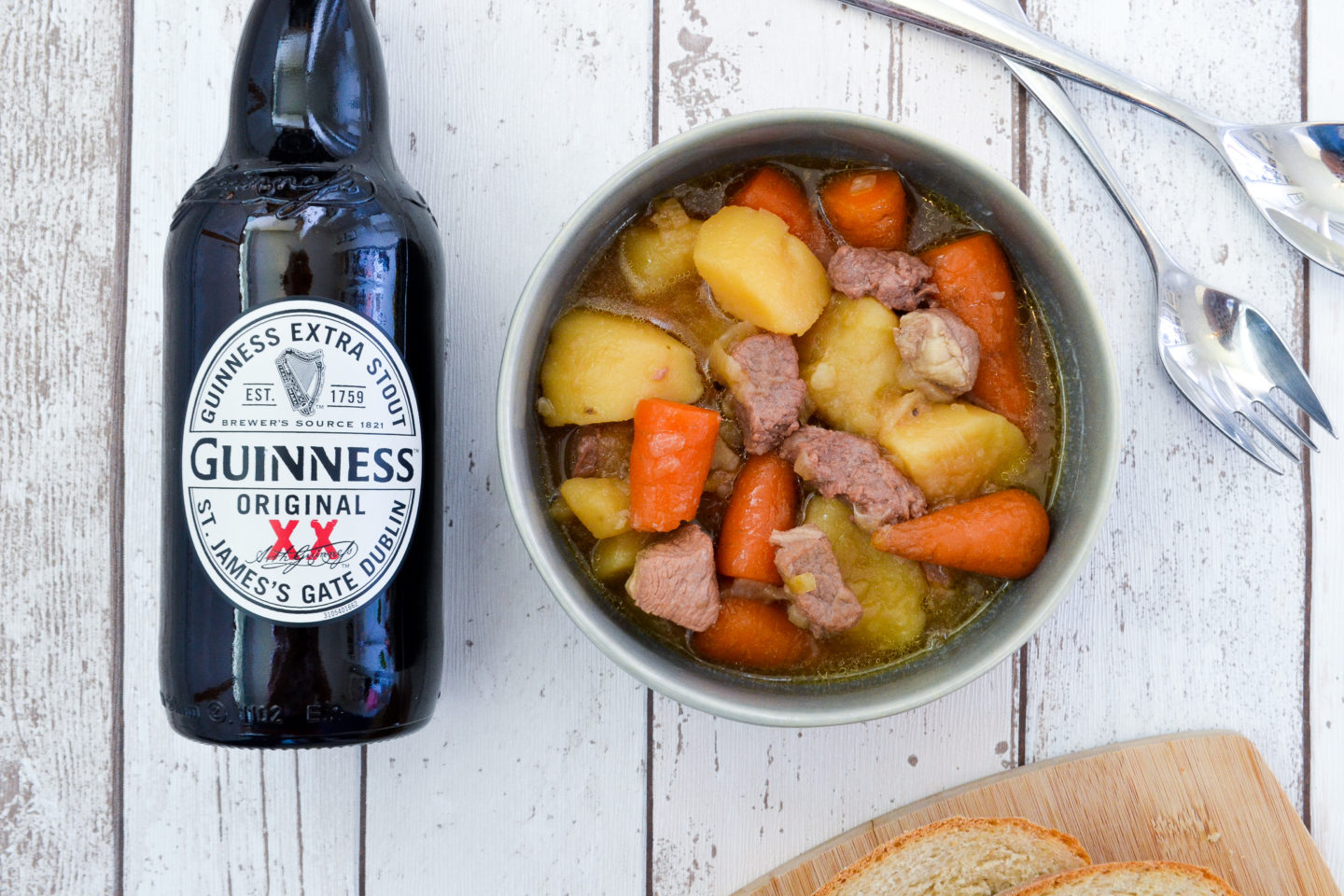