As you may have noticed, but probably haven’t because, let’s face it, you have more important things to think about, I’ve been pretty quiet on the old blog front over the last few weeks.

It’s because last week – Thursday to be precise – was the paperback launch of my novel, Playgroups and Prosecco. For a month or so beforehand I’d been feeling a bit weird, kind of unmotivated and despondent and like I wasn’t really sure what I was doing with my life. I was spending quite a bit of time imagining myself dying alone, surrounded by cats, and was worrying that I didn’t have a LIFE PLAN.

It turns out that this was just pre-book launch stress, because as soon as that was done, suddenly I didn’t care any more that I didn’t have a 5 year plan or an investment portfolio or anything – it was enough again just to have pretty hanging plants in the garden and nice shaped mugs. (I am quite particular about the shape of my mugs, but I take a lot of pleasure in that, so it’s fine.)

You’d have thought really that the book launch anxiety dreams would have given it away, but I am rubbish as REALISING things, even when they seem obvious. I’m like it every month with my period – ‘oh THAT’S why I wanted to kill somebody yesterday’ – and have even been surprised in the past a couple of times by people telling me they loved me, like I was apparently meant to know we were anything but friends.

Anyway, basically I’m kind of slow on the uptake, and I was worried, but then loads of people turned up to the book launch event and Waterstones sold out and had to dismantle the window display to get more copies, and everything was okay again.

So, I just wanted to say thank you really. Thank you to everyone who came along and made me realise that I probably won’t end up actually getting eaten by my cats after my death, and thank you to everyone who has bought Playgroups and Prosecco or posted pictures of it spotted in supermarkets and bookshops, or said nice things on Amazon. Or any things at all actually, because I don’t expect everyone to think it’s amazing, and I appreciate people just taking a chance on it, and the time to share their thoughts.

Thank you to Mandy and Keiran at Waterstones in Taunton for hosting us and making it such an enjoyable occasion, even though we overwhelmed them slightly with the amount of prosecco we were able to get through in such a short amount of time. Thank you to I Heart Wines for the prosecco, thanks to Ebury for publishing me.

Thanks for coming guys!

(That was basically the full extent of my ‘speech’ in case you were worrying that you’d missed some kind of Olivia Colman style extravaganza.)

Here are some photos so that even if you couldn’t make it, you can imagine me mingling, clutching a glass nervously, trying to look glamorous.

And no, no sponsorship deal with McVities, but believe me it’s not for want of trying. 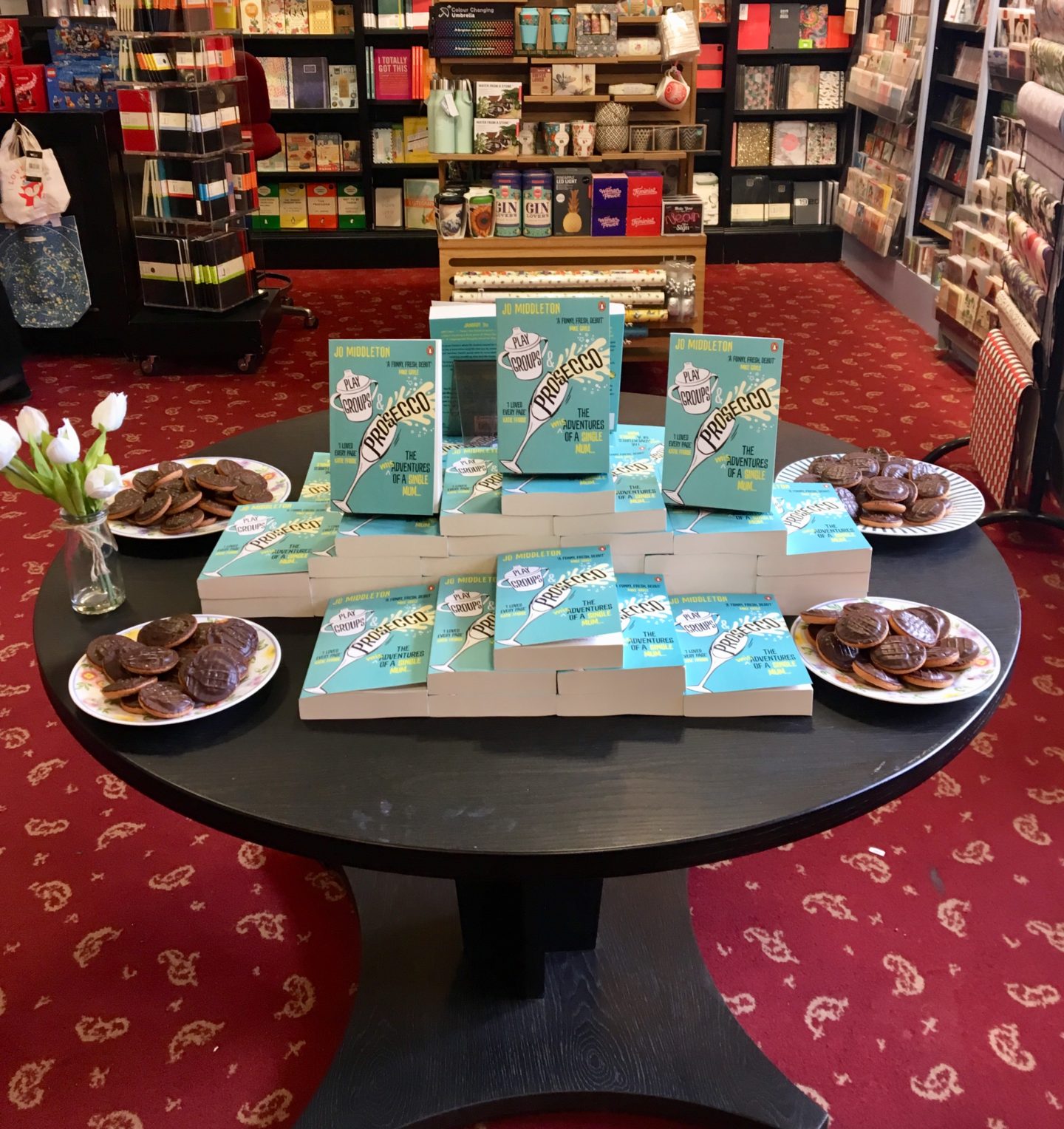 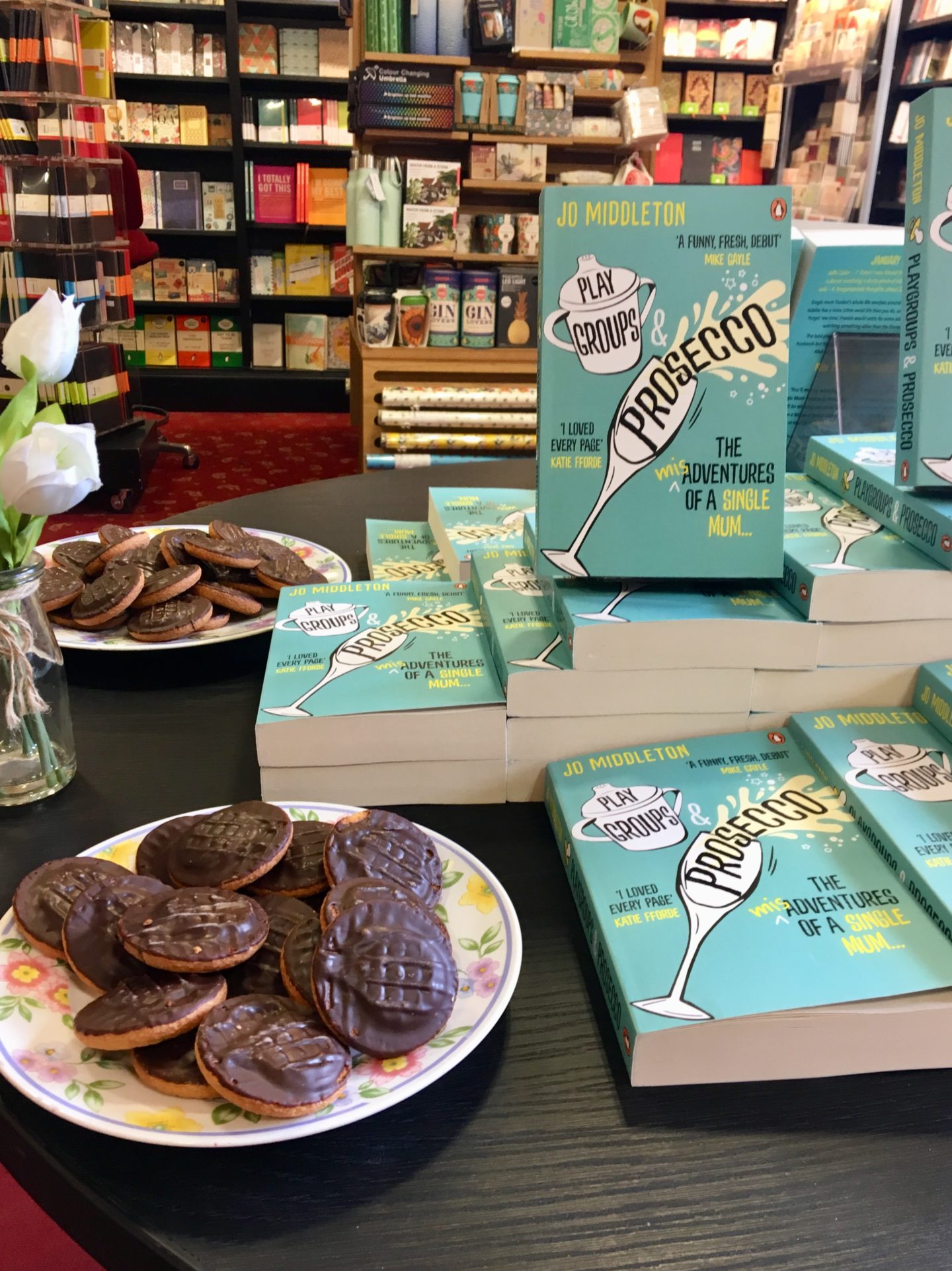 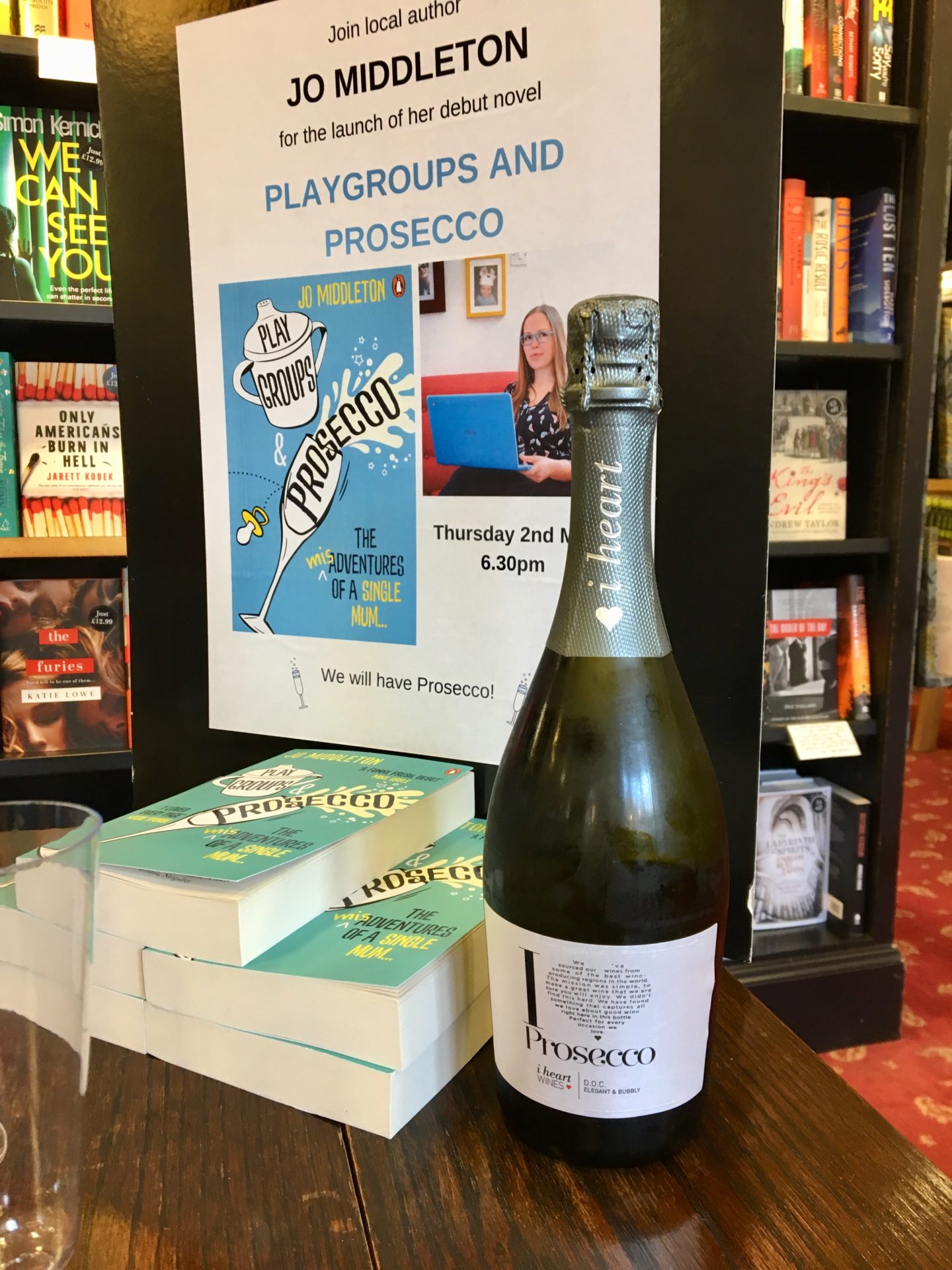 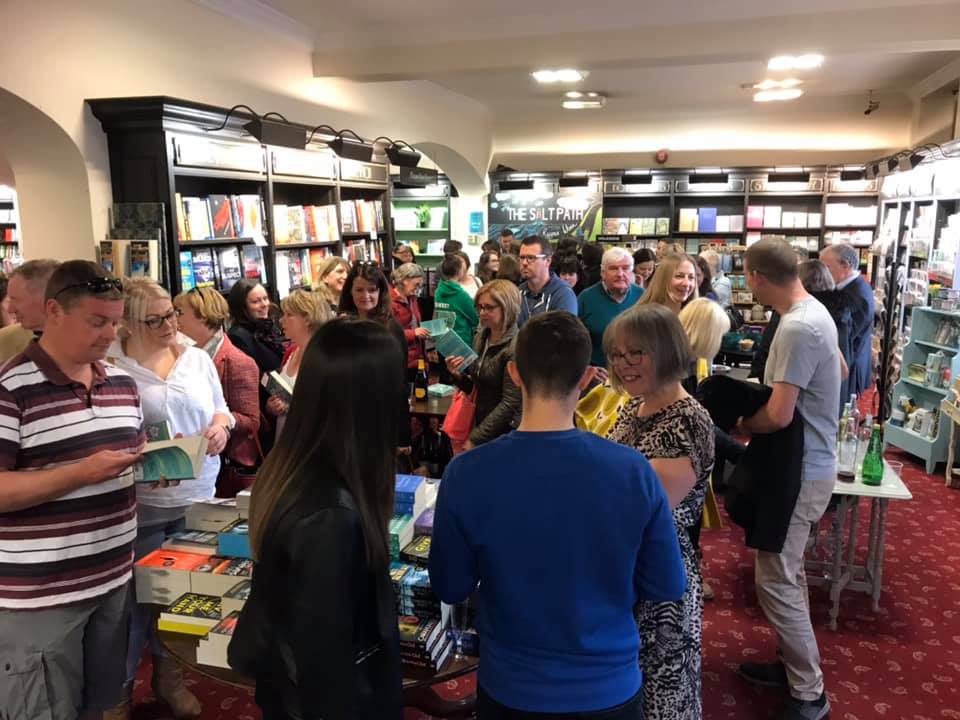 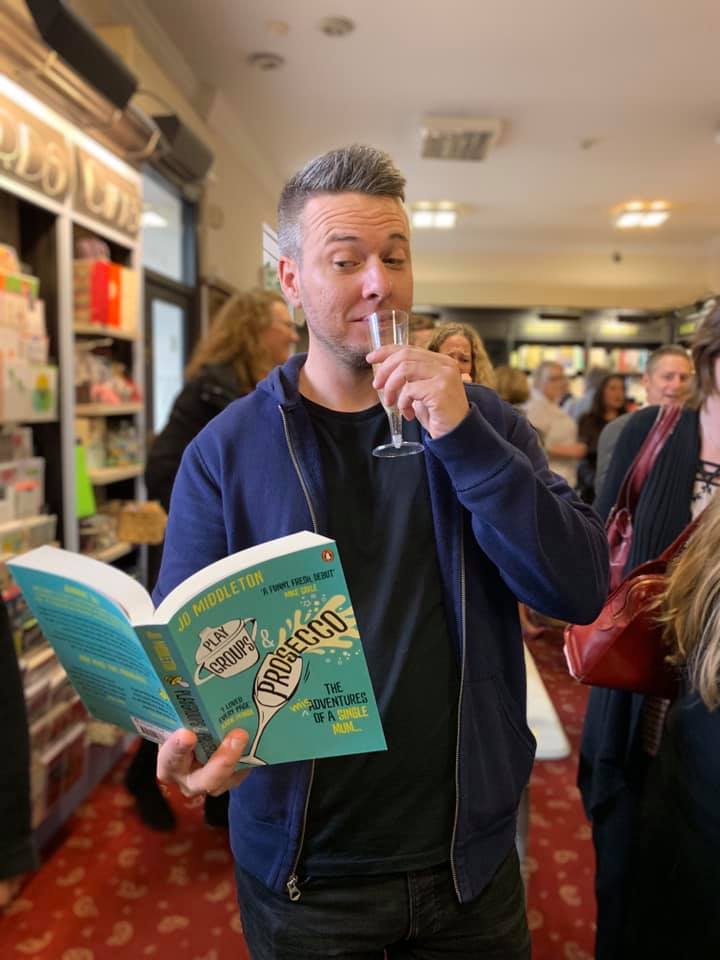 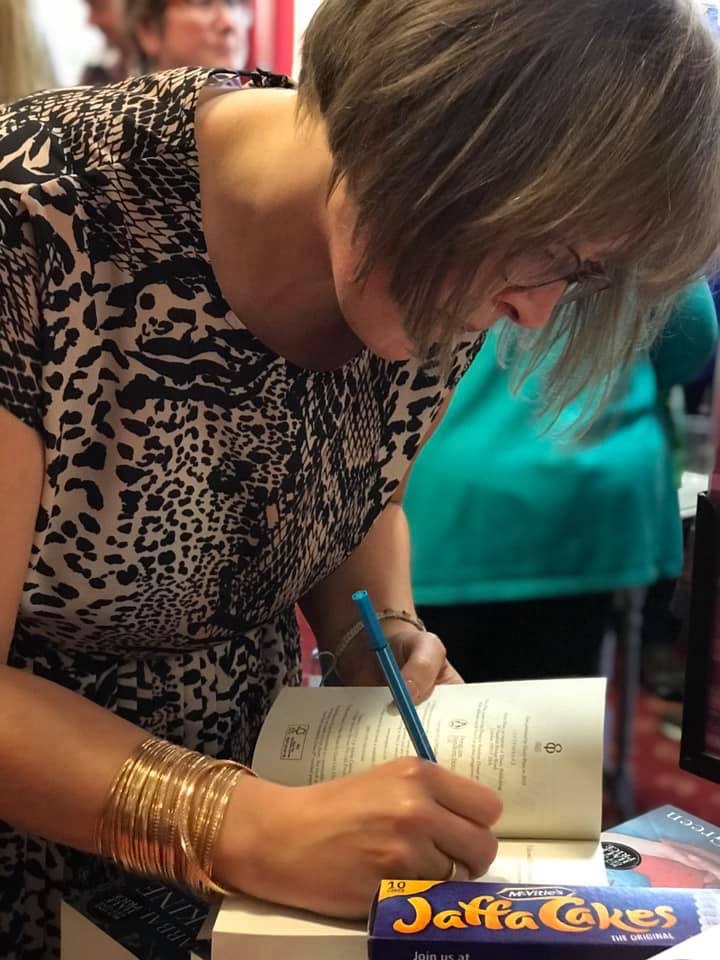 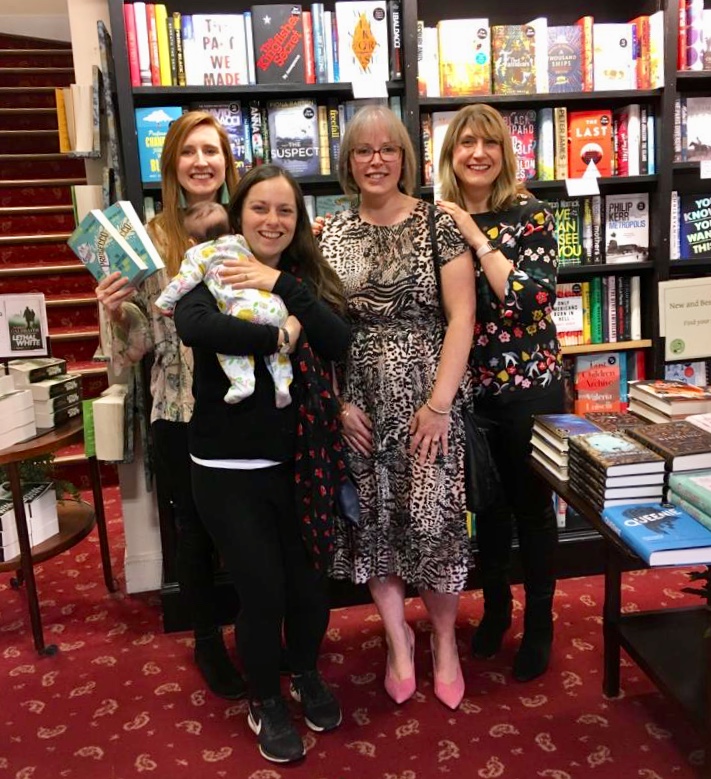 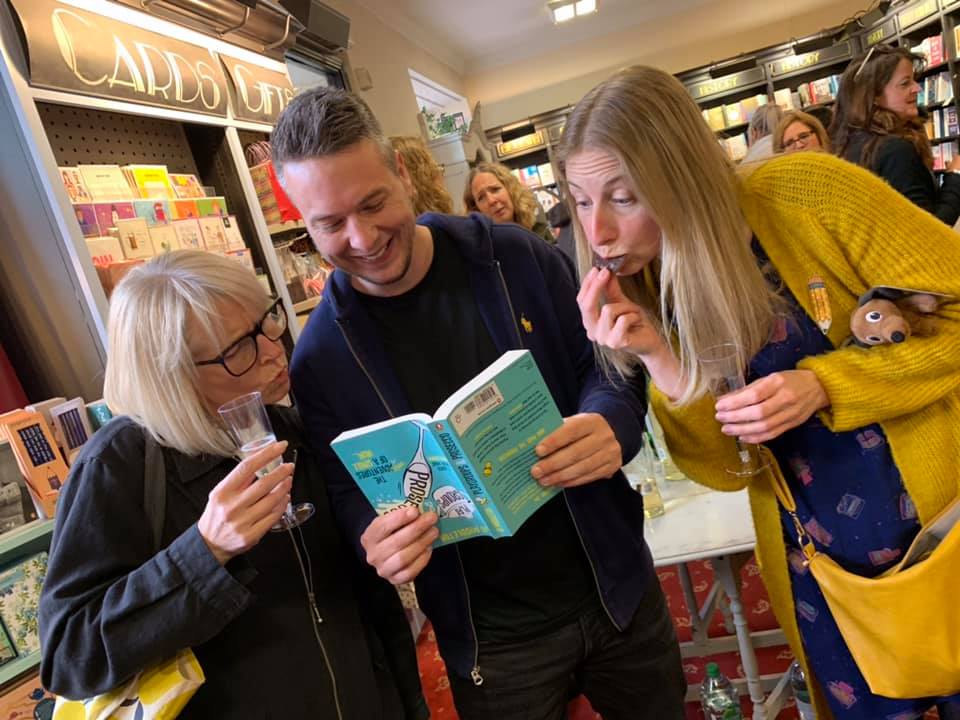 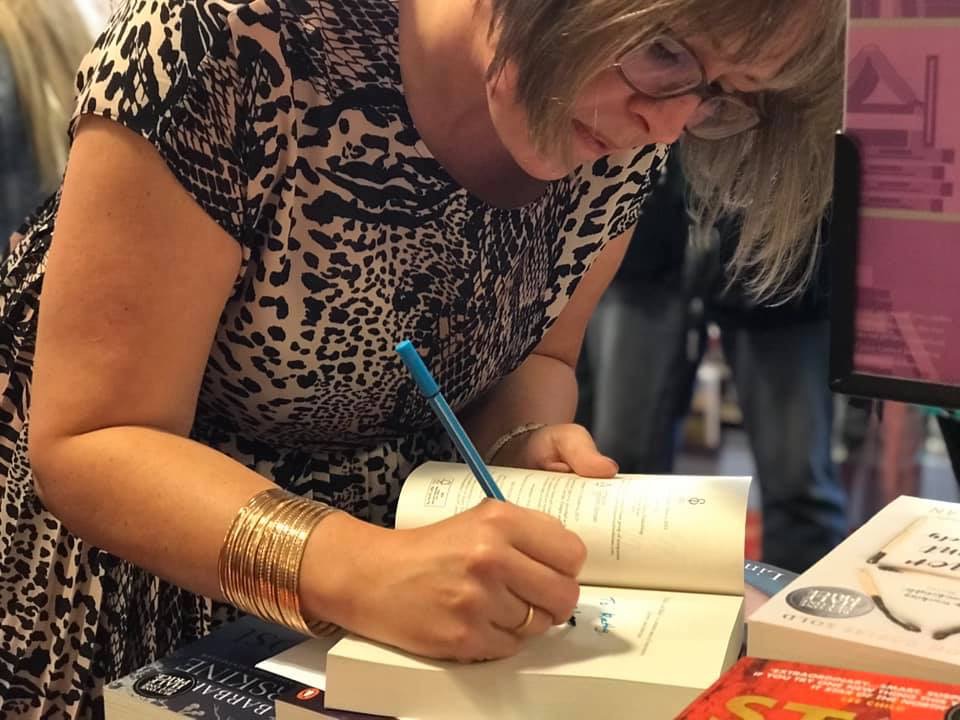 Some photos courtesy of Patric at Positive Taunton.