I’m not honestly sure why I added ‘read a Mills and Boon’ to my list of 50 things to do before 50. I guess because I would consider myself a wide reader, and yet here was a massive chunk of writing that I had completely ignored. I may as well admit that it was pure snobbery – I imagined they’d be bad, and I didn’t want to waste my time with them.

I didn’t want to be that person though, dismissing something without even giving it a try, so I did a bit of research, (i.e. spent three minutes Googling ‘best Mills and Boon writers’), and settled on this second hand Regency Christmas trilogy. (I love Christmas.) 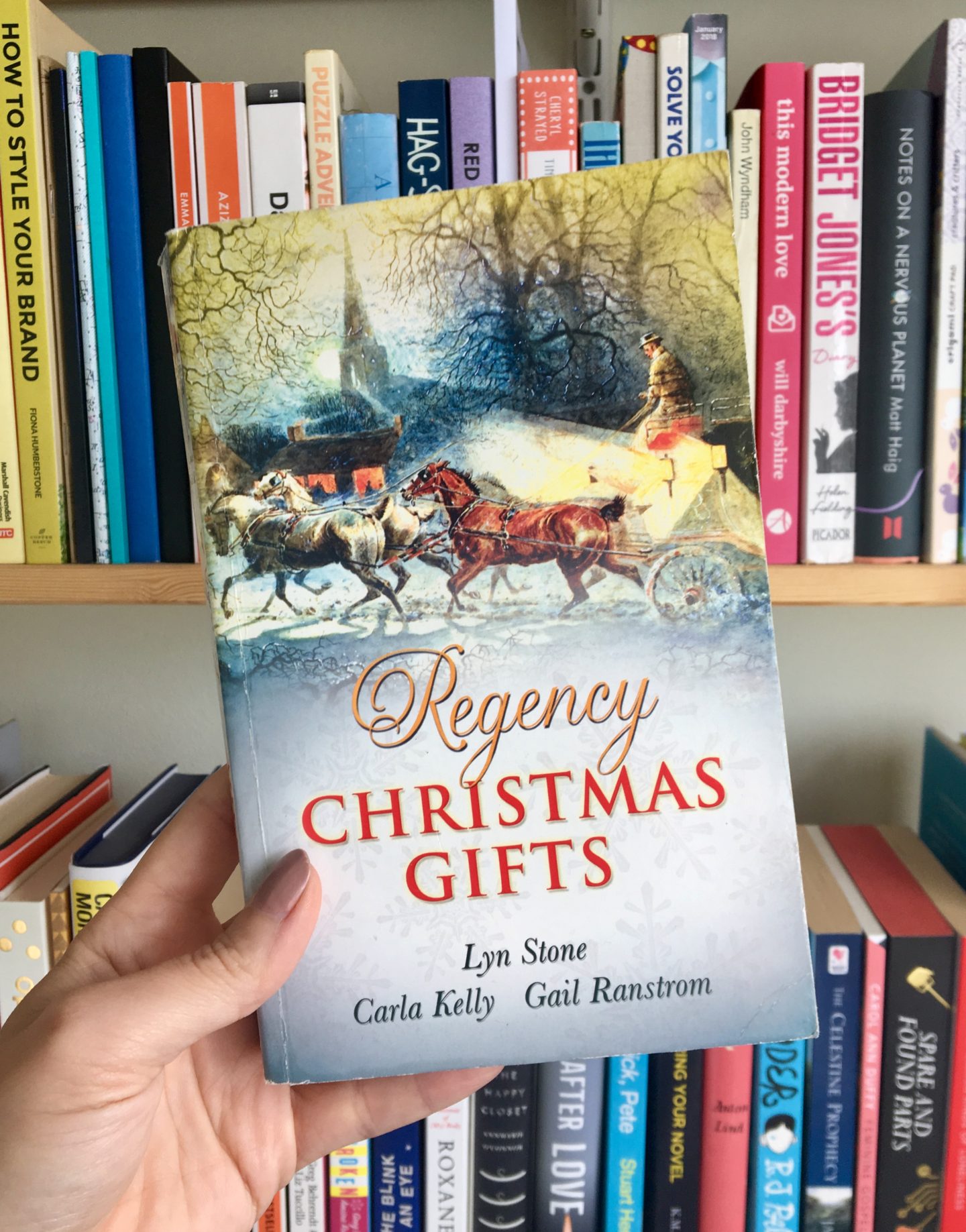 As you may have deduced from the title, these are historical romances, which I’m imagining basically means a lot less sex that the modern ones. In one of these stories the hero has to marry the heroine simply because he’s caught touching her leg in a medical, if unorthodox, capacity.

So there I was, Regency Mills and Boon trilogy in hand, ready to be unimpressed.

Two hours later and I was sighing, hand on heart, wondering how I’d managed 41 years without a masterful sea captain in my life.

I plunged straight into the second one, staying up until after midnight to finish it.

He came back from The Sea, embraced her tenderly and confessed he’d loved her secretly for 22 years.

Then he set up a trust fund for her children and bought her a really lovely pair of gloves.

THIS IS ALL I WANT.

When I really thought about it, I was surprised that it had never occurred to me that I would like them. My go to comfort fiction is Nancy Drew – the sassy girl detective, solving mysteries in a matching hat and gloves. Nancy’s adventures are formulaic but joyful and the Regency Mills and Boon stories were like this but with added romance – how could I NOT like them?

What they made me realise too was how much of a romantic I really am. I don’t know why that was a surprise really either – I’m a sucker for a hand placed casually in the small of my back, a thoughtful gift, or a handwritten love letter – but then I guess I like to preserve an air of independence and authority. I’m always capable and in charge, perfectly able to thrive without a man.

Which is a bigger question really – does wanting someone to step up, assertive sea captain style, compromise that image of myself? Is romance a weakness??

I think perhaps I’d felt like it was, that loving the idea of being taken care of meant that I NEEDED taking care of. I don’t of course, but actually neither do any of the women in these stories. As much of a pleasure, and often relief, as it is for them to have someone to share their life with, they were getting along okay on their own. They are strong women.

Reading the Regency Mills and Boons, I felt somehow validated. I loved them in a wonderfully simple, joyous way. They weren’t great works of literature, but they captured something that I often find it hard to admit, or to put into words – that even though I pay my own mortgage and can top up the oil in the car, I also love the idea of being bought a really lovely pair of gloves.