Advertisement feature in association with Plusnet and Internet Matters 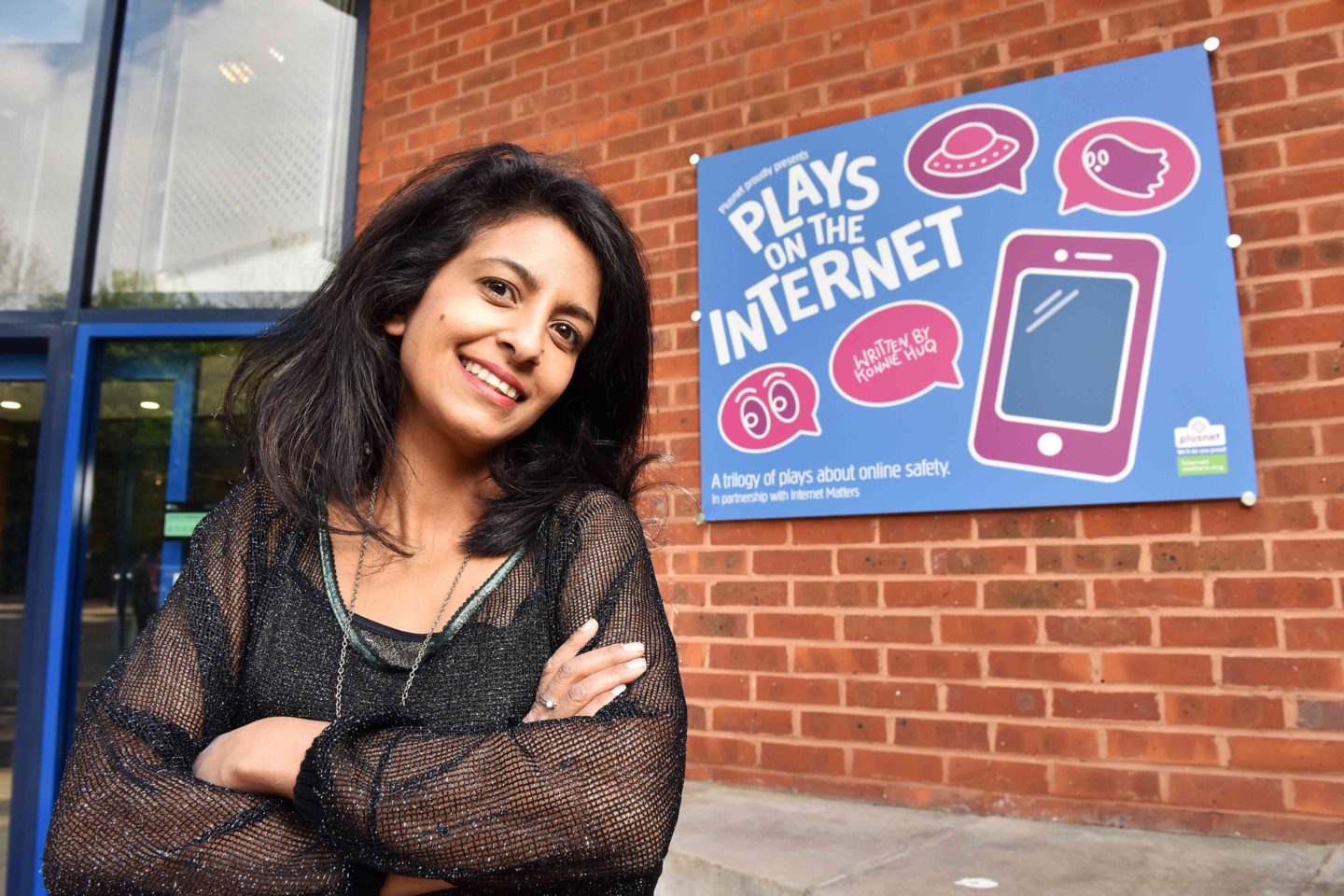 Internet safety can be a really overwhelming topic for parents. It seems as though every week there’s something new we should be looking out for online and it’s becoming ever harder to monitor everything our children come into contact with on the internet without physically looking over their shoulders all the time.

While many apps and content designed for kids can seem safe at first, it feels as though some people online are going to new lengths to get inappropriate content in front of children. It’s easy for kids too to accidentally find themselves Googling inappropriate images, as evidenced recently by my 10 year old nephew, who is not very good at spelling, trying to search for Pokemon.

As they get older though, is it really reasonable to ban them from all social media and video content, especially when they’re coming up to being teenagers and want a little more online freedom? How do we really know what they’re seeing on their phones and tablets if we can’t watch with them every single time? Do you feel confident that your child would highlight unsuitable content to you and know how to correctly report it to stop it from happening again, or do you think they would they be more likely to be drawn in by things they knew they weren’t allowed to be seeing? 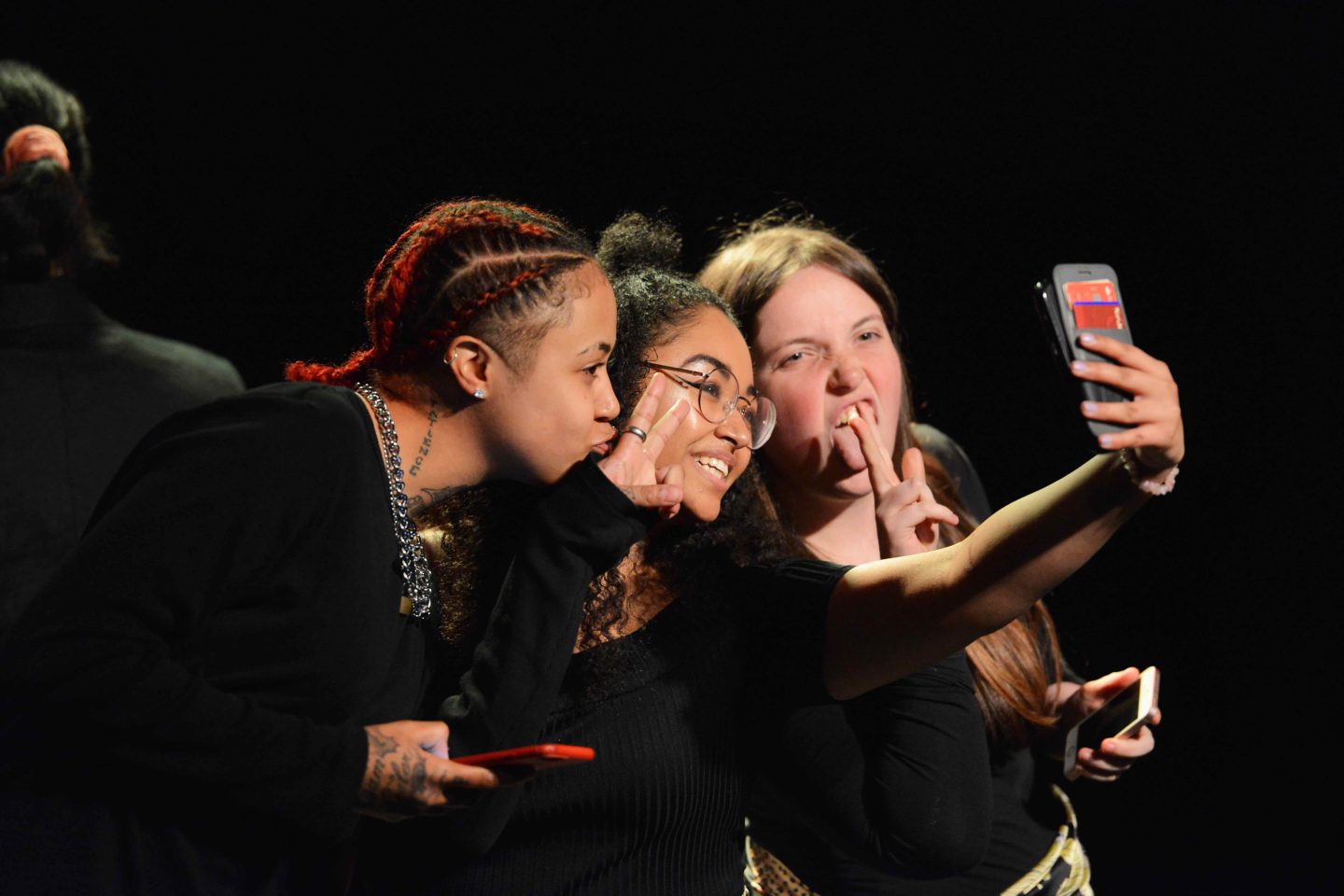 That’s what Plusnet sees as their responsibility as a communications provider when it comes to online safety. Plusnet was founded in 1997 on the belief that it should be acting and thinking differently to other internet providers and that they should be providing excellent quality and service to customers and businesses whilst also saving them money, which is what they’ve been doing now for over 20 years.

To open up a dialogue with parents, schools and children alike, Plusnet have now teamed up with not-for-profit online safety organisation Internet Matters to spread more awareness of online safety. They believe the best approach to protecting your children online is to speak openly about the topic with them and to be able to have an honest conversation about what may be bothering them online.

This week Plusnet and Internet Matters have put on three plays that each focus on separate internet safety matters common in three different age ranges, all three of them written by Konnie Huq. These one-off performances were held at Chickenshed for parents and children to spread awareness of todays most troubling online issues for young people, and now the plays are available to download on the Plusnet website for parents and teachers to use as resources to help keep the conversation going with kids. The plays go up to 14+, so even if you have older kids there is still something relevant. 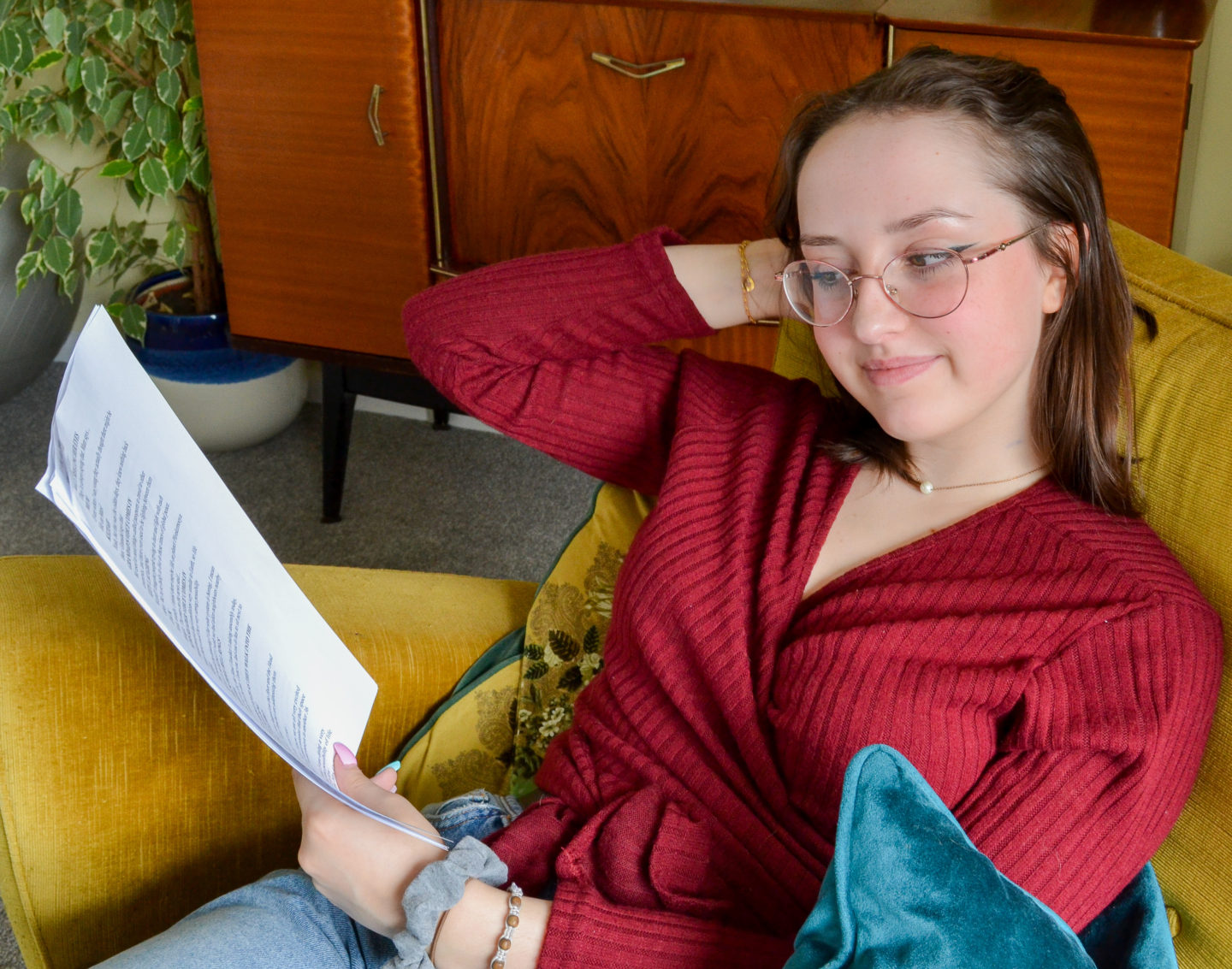 Belle reads through one of the plays at home

I think that these plays will be a really great resource to be able to use in schools and other young people’s groups, as children can literally become a part of the play and actually get involved with the subject at hand rather than just being told a lot of information in class that might be forgotten as soon as they walk out the door. I think these plays will also be a great way for less internet savvy parents to be able to start a really insightful, knowledge based conversation with their kids about online safety, rather than relying on often scare-mongering online parenting groups to inform them on how to make a decision about what their child interacts with online. Even just reading through them at home with your kids would be a useful activity. 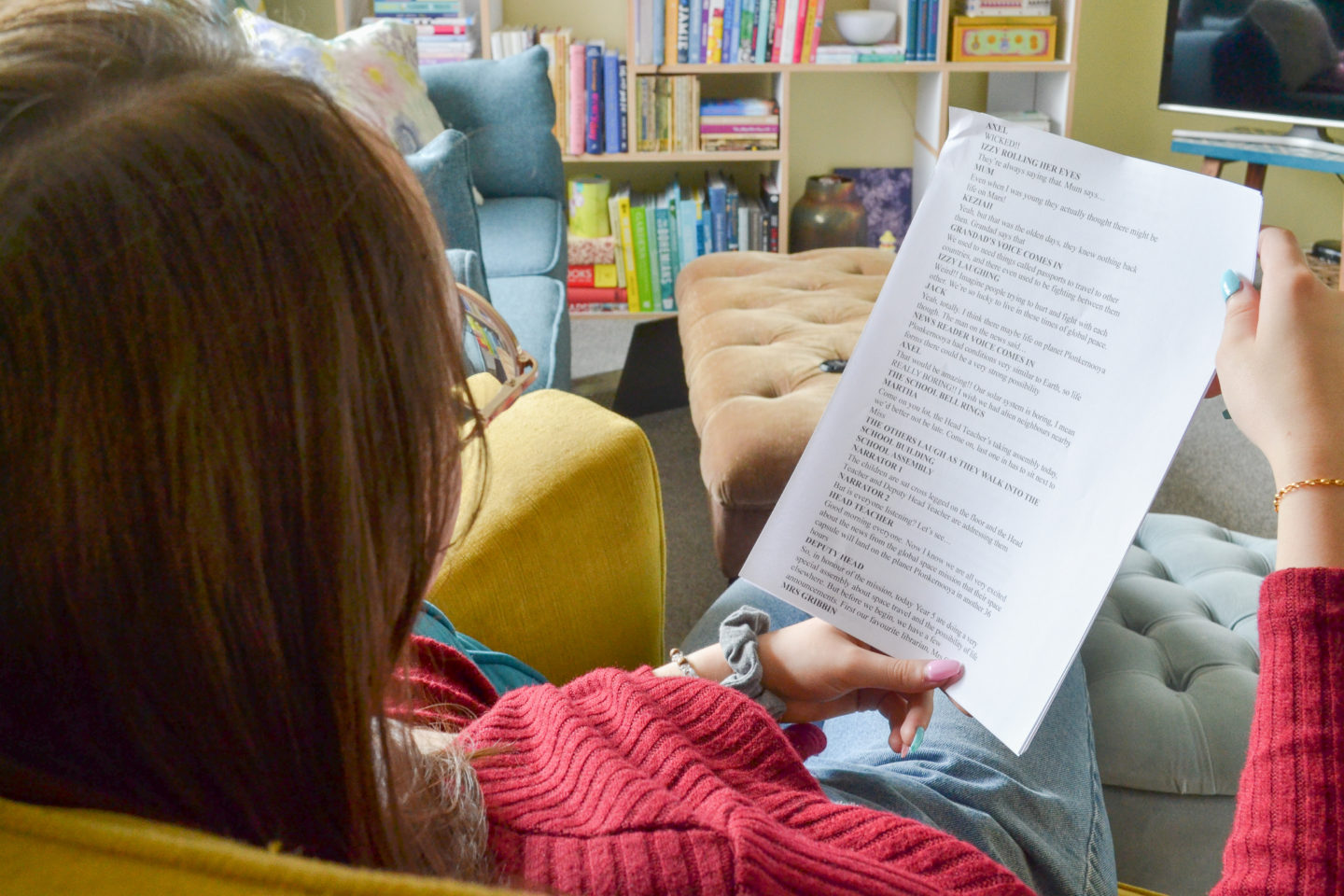 As my children are old enough now to be able to make informed decisions about what content they consume online themselves, it would be great to have more interactive resources such as plays to make sure that children growing up so absorbed in the internet today are able to make the same sensible decisions that we would want to make as adults, and hopefully create a more internet aware generation.

Where would you like to see these plays being used? Perhaps you help to run a local youth group, scout or guiding group or similar, and could use them as part of an internet safety session?

DOWNLOAD THE PLAYS HERE – find them in the top right hand corner. 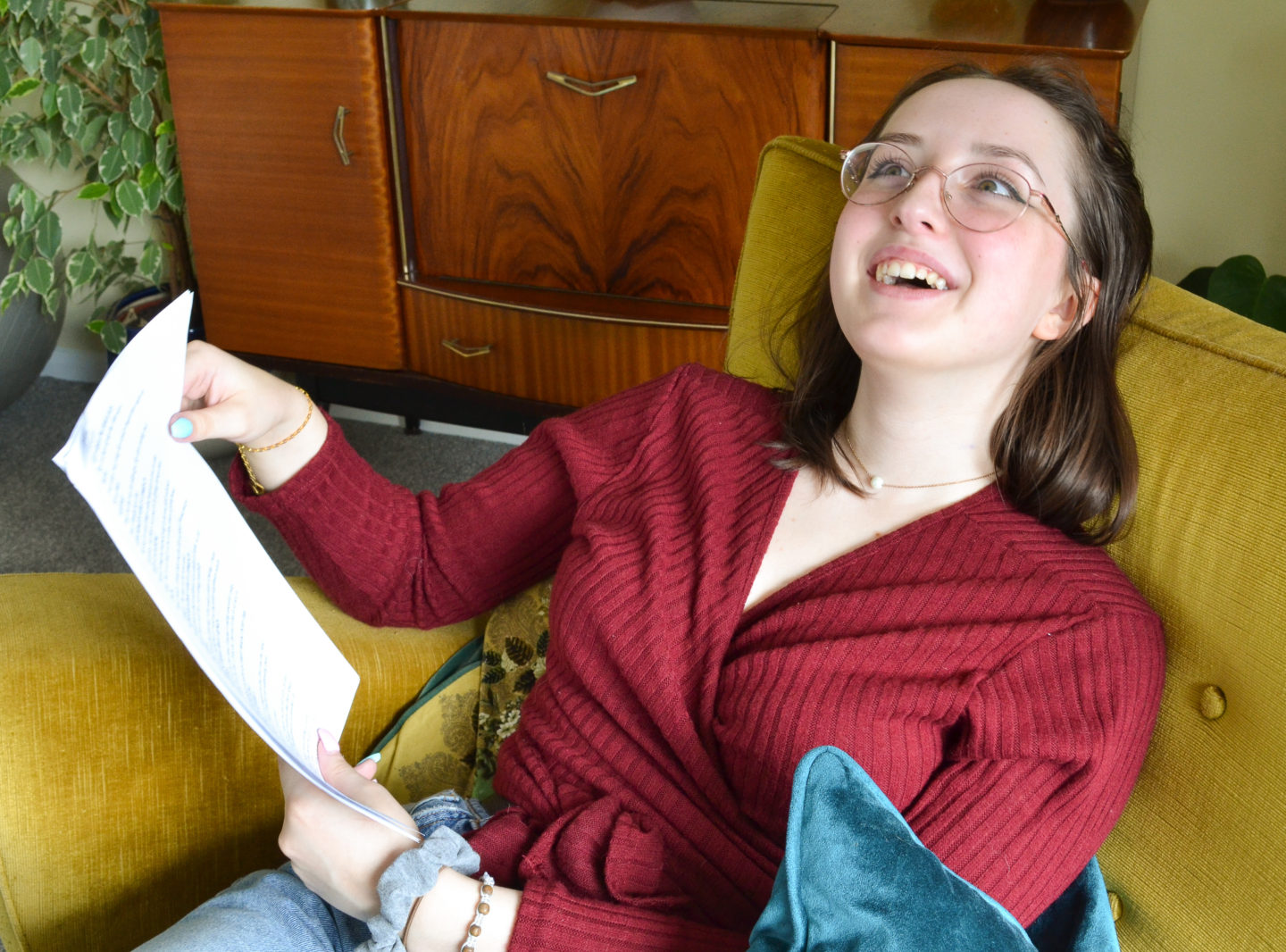