This week I went to Swindon.

I actually went to speak at the Swindon Spring Festival – my first literary engagement since publication day – and it was very exciting because I had a dressing room with my name on, with lights around the mirror, and I stood on a STAGE and showed off with my book.

It was a lot of fun. 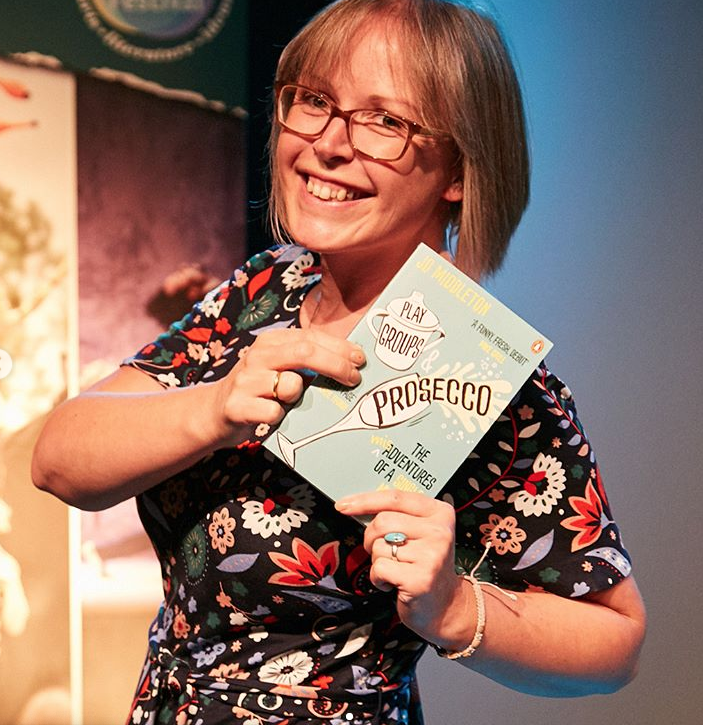 One of the questions I was asked though, the first question in fact, kind of threw me for a minute.

‘I’m interested to know,’ said Matt, who was hosting the session, ‘why you write?’

I thought about it for a bit. Partly I write to earn a living, but that’s not really it, because there are plenty of other ways to make money and I chose this one. Sometimes I write because I want to tell people about something, or make people laugh. That’s a big part of it, (see picture above for evidence of attention seeking), but even that isn’t my main driver.

I thought (quickly) about the writing I do in private, the journals I’ve kept on and off for the last 15 years or so. When I write there it’s not to impress anybody, or to pay the bills, it’s a way of thinking about things, but on paper. I don’t write like that very regularly, but when I do it’s because I have a problem and I want to figure out how I feel about it. Sometimes I don’t even know what the problem is, but I know that something isn’t right, and writing about it helps me to discover what the matter is, and how I want to deal with it.

I told Matt this.

As I was saying it, I realised that the same often holds true when I’m writing blog posts. Take the last post I wrote for example, about Mills and Boon. When I started writing it I wasn’t really sure what I wanted to say – it was THROUGH writing it that I was able to crystalise my thoughts and discover what it was that I had enjoyed so much about reading the books.

I told Matt this too.

In return he told a story about when Germaine Greer came to the festival years ago and was asked by an audience member about inconsistencies in her books. Apparently she had written one thing in one book, but expressed a different opinion in a later one.

Greer explained that this often happened, as she writes to discover things about herself and how she felt about them. Sometimes, she said, she didn’t know what that was until afterwards.

Since the event I’ve been thinking a lot about the question, and wondering about how it applies to having written a novel. Writing fiction was quite different to the kind of writing I’m used to, and yet the more I think about it, the more it fits.

I didn’t say yes to writing Playgroups and Prosecco because I’ve always had a burning ambition to write a book – I said yes because I was interested to see whether I COULD write a book. The words did make me think about things like the importance of friendship, and why I should delete Tinder, but the process itself helped me to understand more about how I work and and what I’m capable of. I guess that’s why often just the act of writing, regardless of what it is, can be so therapeutic – the very process of it can help us grow.

And with that I have come full circle, because I didn’t even know I THOUGHT that when I started writing this post.

So there you go.

Why do you write?