Advertisement feature in association with Darégal

Do you remember last week how I expounded on the virtues of frozen herbs and showed you how to cook a cherry and thyme clafoutis?

(I KNOW! Cherry and THYME! Herbs in a dessert. I’m such a renegade. I should probably write a groundbreaking recipe book right now.) 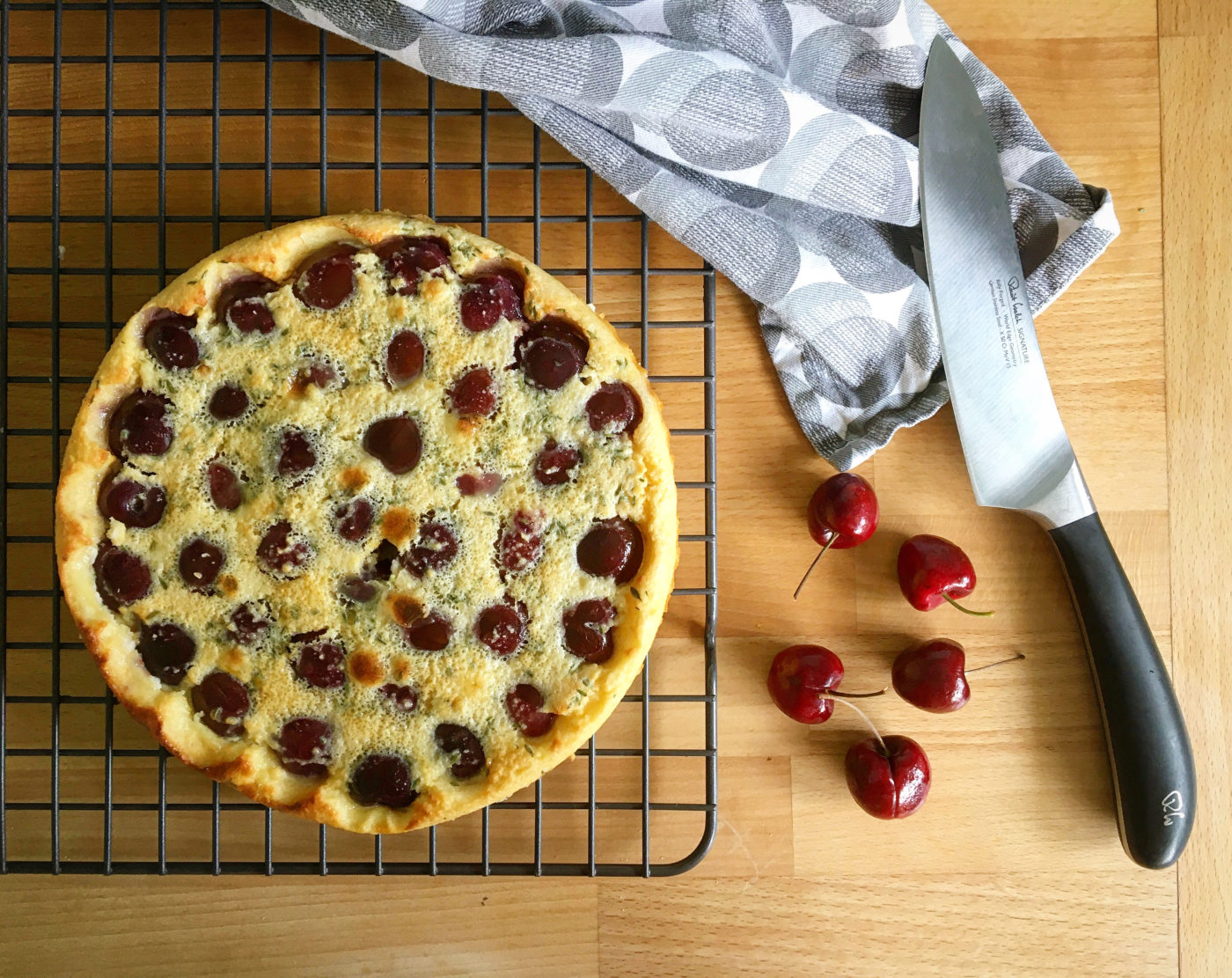 It was because I’d just been to that Darégal cooking workshop and was all of a flutter about how frozen herbs were going to change my life. I’d basically decided, watching the Darégal chef make those amazing mussels in coconut milk, that from now on I was going to be the ultimate domestic goddess, conjuring up flavourful home cooked meals at least twice a day. It was only because I hadn’t had frozen herbs in my life until that point that I cooked so many chicken dippers. But now… now my freezer was full of chopped garlic and coriander and ginger and the world was my oyster.

Okay, so I have cooked some chicken dippers since then, but Belle honestly does love them. She’s like a toddler really in many ways – give her a plate of chicken dippers, some ketchup and the TV remote and she’s happy.

I don’t think that you need to necessarily choose though between being a culinary herb wizard and eating chicken dippers. I’m a complex woman after all, I have LAYERS. Some days I’m a chicken dippers kind of a gal, other days I’m cooking myself a prawn and coconut curry for lunch just because I can.

And very nice it was too. 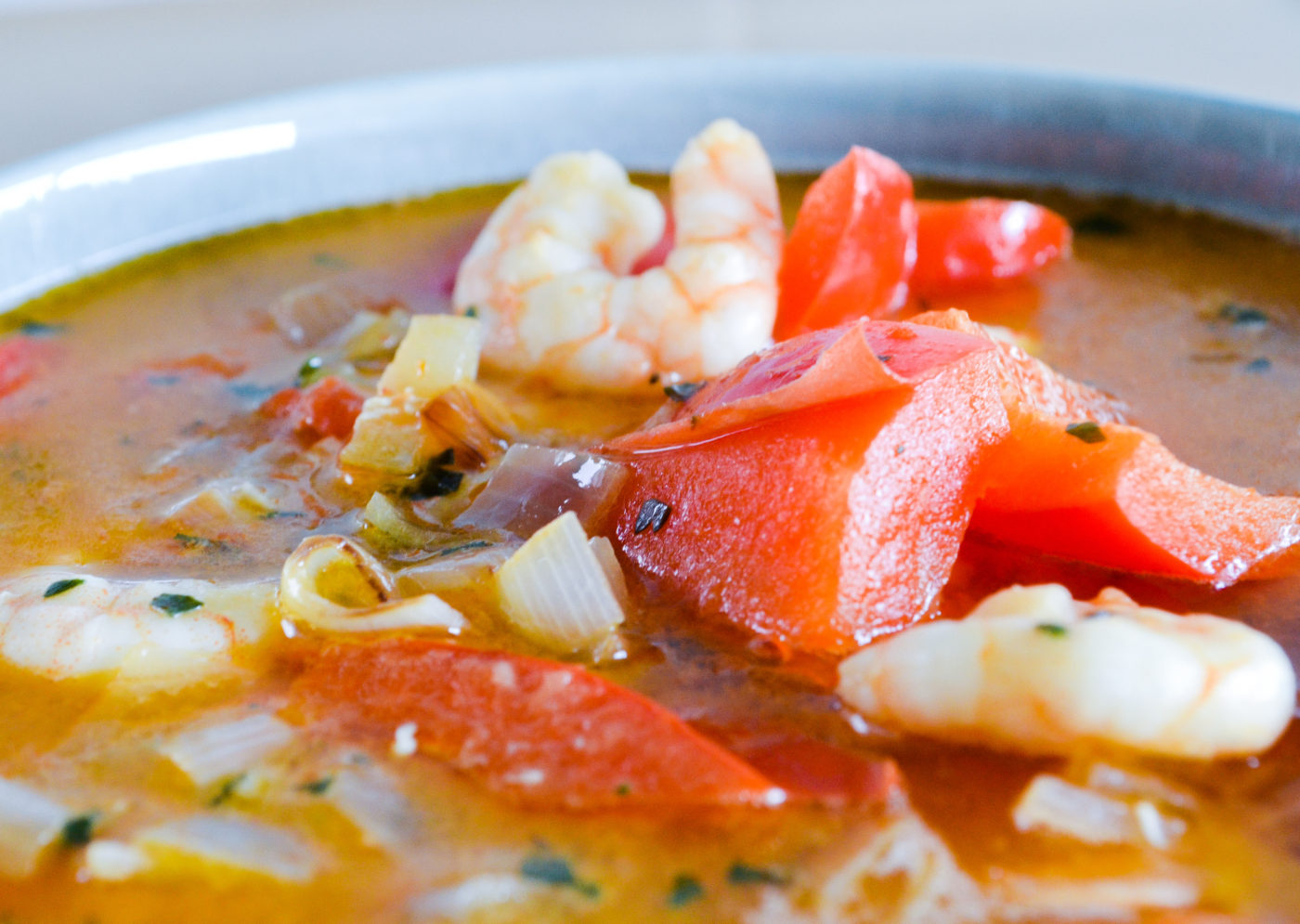 I’m not entirely sure I can call it a curry because I’m not 100% sure what actually defines a curry, but it did have chillis in, and coconut milk, and definitely had a kind of Thai vibe going on. If you eat it with rice then it would be hard to argue. The main thing is though that it was super quick and easy to make, not least because I used frozen, pre-chopped garlic, ginger, chillis and coriander.

How to make easy prawn and coconut curry

I’d say this recipe would make a generous serving for two people, but you could potentially stretch it to more if you had some side dishes and plenty of rice and bread.

Heat the oil in a pan and add the chopped shallots and peppers. Cook gently for about five minutes or until softened. Add the frozen garlic, ginger and chilli and fry for a few more minutes. Add the tomato puree and mix well. Add the coconut milk, plenty of salt and pepper, stir everything well, and simmer for about 5-10 minutes just to get all the flavours mingling nicely.

Pop in the prawns and, if you’re using raw ones, cook just until they turn pink. If they are already cooked just heat them through for a couple of minutes. Add the frozen coriander and more seasoning if required. Serve with rice if you’re hungry, or you can eat it just as a kind of soupy broth.

Congratulate yourself on being a domestic goddess. The end. 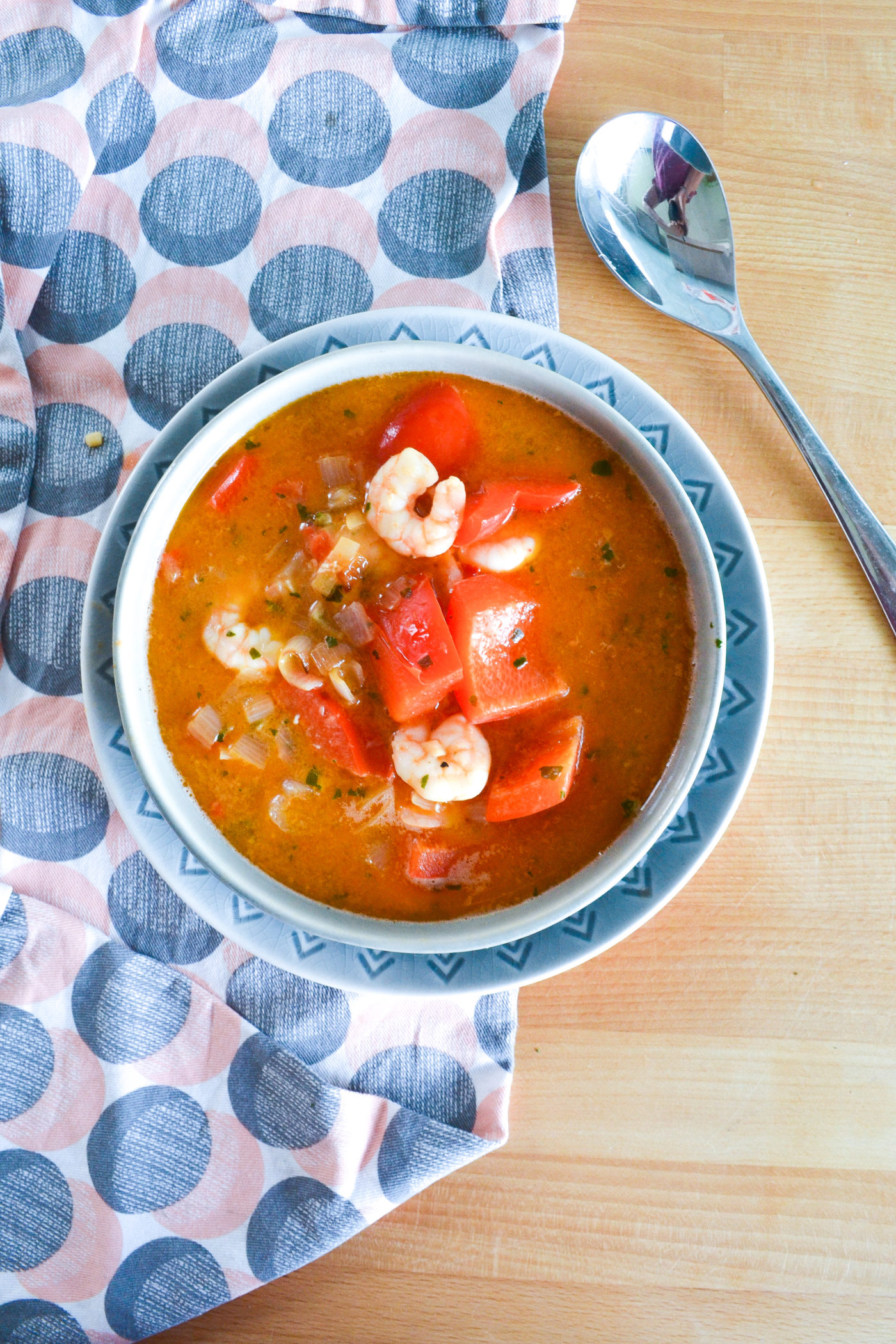