Advertisement feature in association with Darégal.

Do you remember a while back when I had that revelation about frozen chopped onions? At the time I called it a ‘landmark in my culinary life’, which was a bold statement, but then judging by the tone of the rest of the post I was perhaps going through a bit of an intense time – there’s a slight manic quality to the way I try to get Belle involved in the risotto – perhaps frozen onions really did feel life changing?

It had come on the back of me discovering all of those unusual frozen foods I never knew existed, so I was probably still a bit hyped from that. One of the foods that made that list was frozen herbs, which is what I want to talk to you about today, so get comfy.

Picture the scene for a moment, if you will. You’re cooking a new recipe and it has a long list of ingredients – garlic, ginger, coriander maybe. You’re feeling unusually enthusiastic about cooking so you embrace it and buy a packet of fresh coriander. Maybe you get carried away and buy one of the more expensive plants, thinking it’s just what you need to inspire you to cook fresh curries every day.

‘This coriander plant is going to change my life,’ you think to yourself, ‘who knows what kind of person I can be with this on my kitchen windowsill! It will be like the frozen onions all over again!’

Fast forward a week and you’re eating chicken dippers and chucking the dead coriander plant in the bin, or scrapping the coriander mush out of the vegetable drawer of the fridge. Ah well. Next time.

Great news for you my culinary friend! You don’t have to be that person any more. You don’t have to skip over the herbs in recipes because of the shame of that moment in the future – you CAN have your coriander and eat it! You just need to buy FROZEN HERBS.

I had this frozen onion style moment of inspiration at a cooking even I went to last week with a French company called Darégal, who are the world experts in culinary herbs. You probably won’t have heard of them, and you don’t need to look out for them in the freezer section as in the UK they provide herbs to restaurants, manufacturers and supermarkets to use in their own meals and products, rather than being their own consumer brand. Go into pretty much any supermarket – Iceland, Sainsbury’s, Tesco, Asda or M&S – and their frozen herbs with have come from Darégal.

They also make frozen garlic, chilli and ginger – all things that I end up either skipping in recipes because I can’t be faffed, or chucking away loads of a week later. 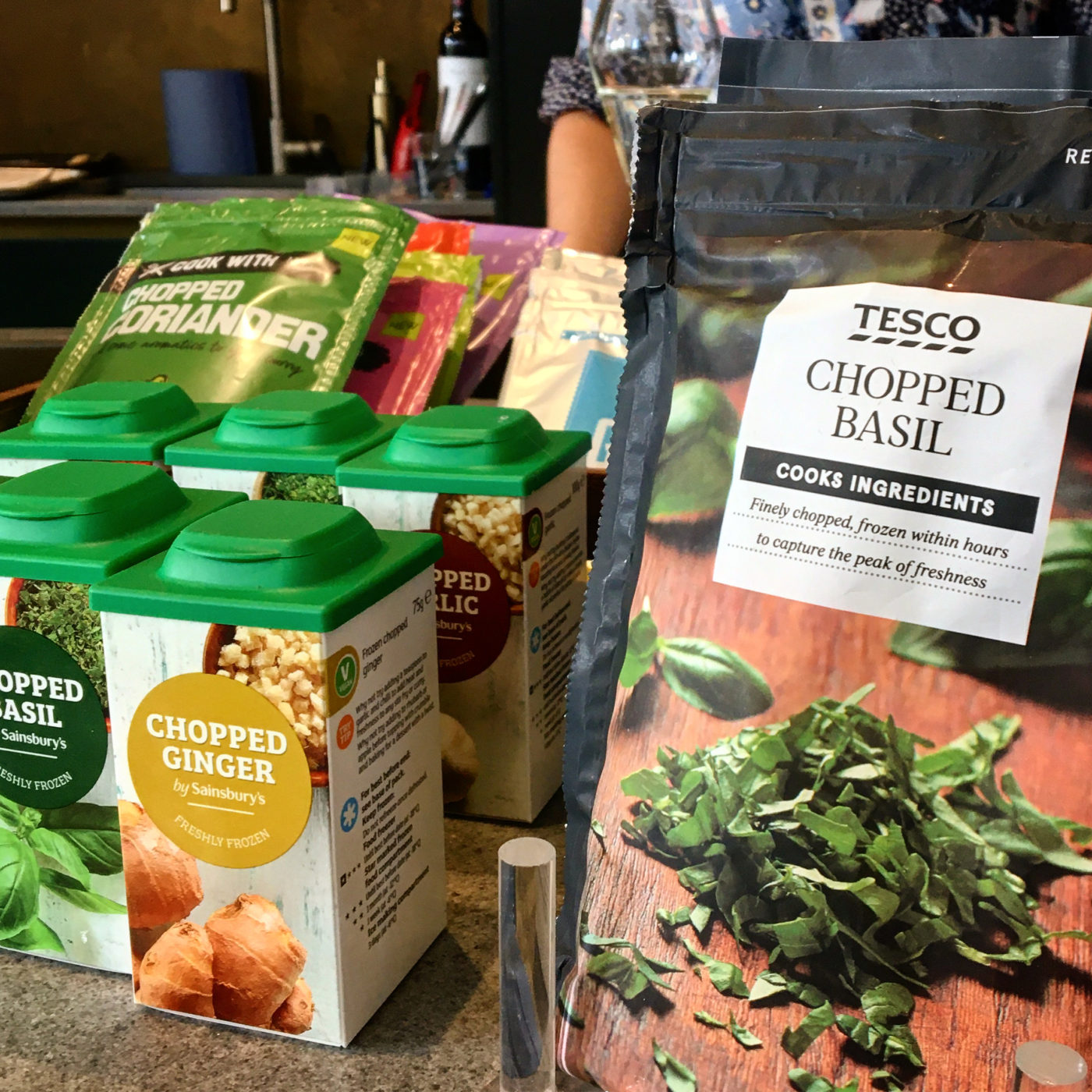 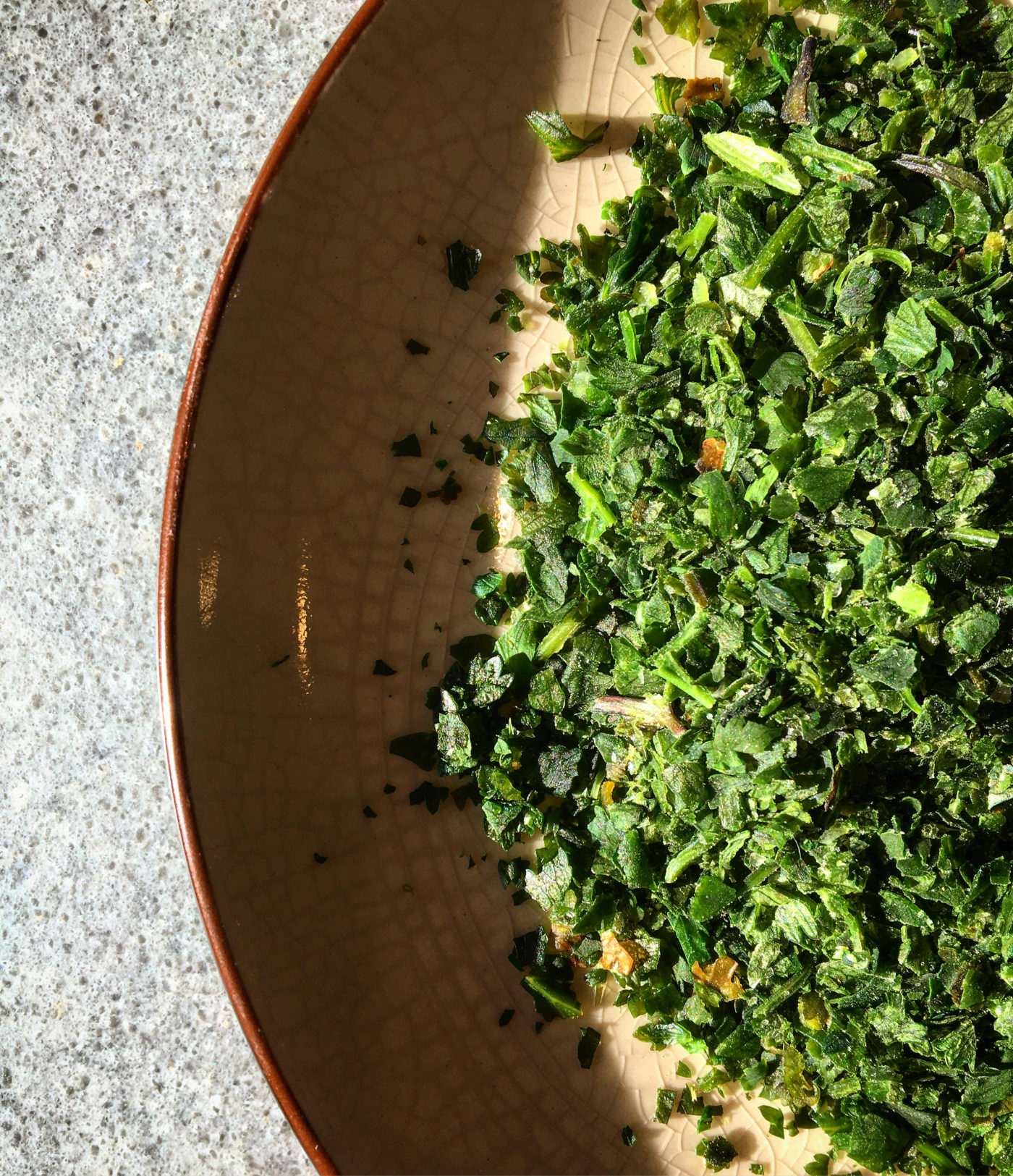 We had an absolutely brilliant time, and not just because I drank three glasses of wine between midday and 1pm. Darégal’s top recipe man was there to cook for us, showing us just how easy it is to cook with frozen herbs, ginger, garlic and chilli.

We were at a venue in Borough Market so a lot of the dishes he cooked with us were using fresh market ingredients. The mussels cooked in coconut milk, garlic, chilli, ginger and coriander were the best mussels I’ve ever tasted, and so simple to do. I wouldn’t have thought of cooking mussels in coconut milk but these were ridiculously good. 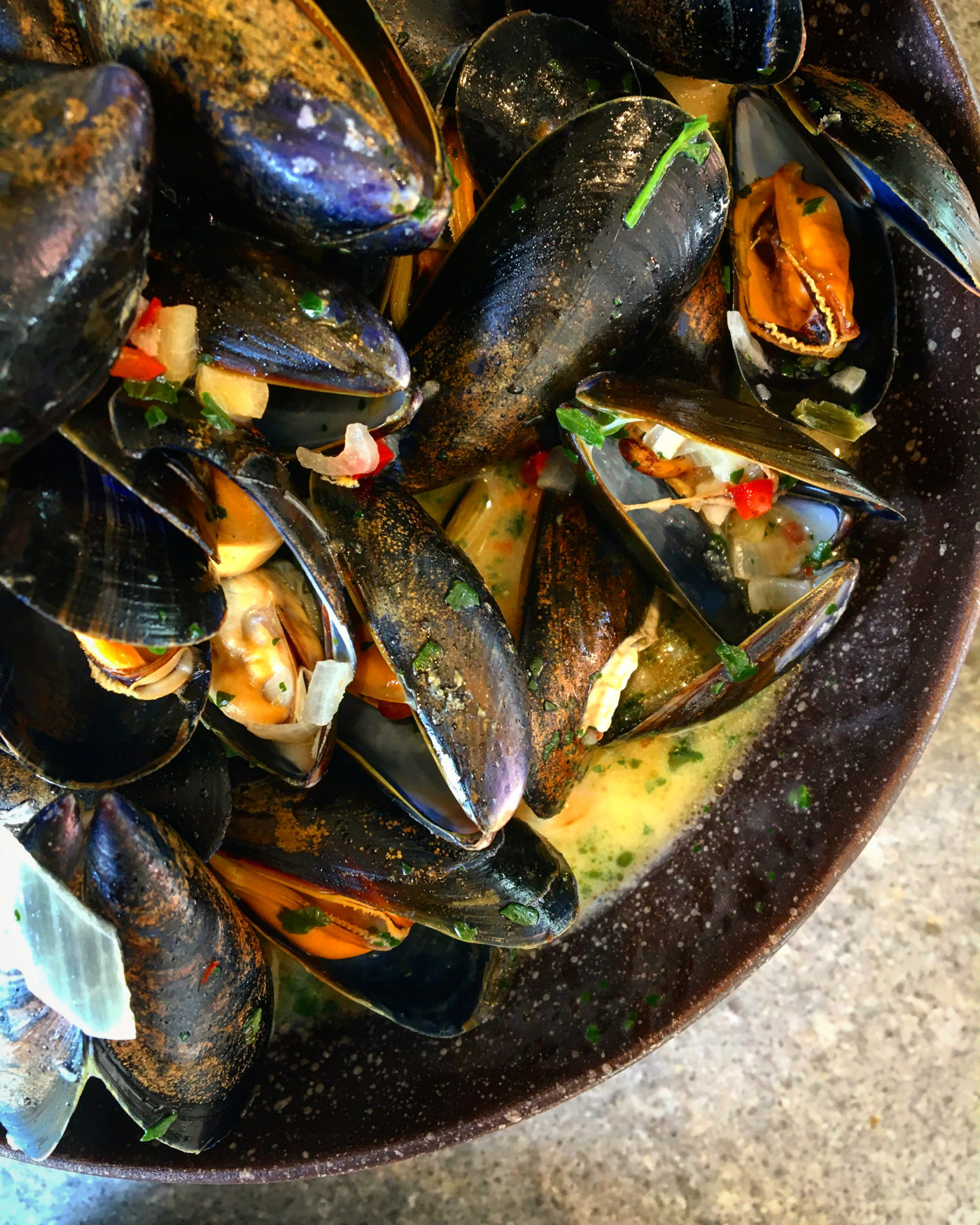 What struck me most about the whole experience really was how easy everything was to prepare. There was none of the annoyance of peeling and chopping things like garlic and ginger, getting smells stuck to your hands, or accidentally wiping chilli infused fingers in your eyes. There were no herb stalks to deal with, nothing to chop, no waste – just sprinkle a few bits into a pan or bowl and that’s that. You don’t lose any of the flavour either, in fact if anything you get more of it as everything has been frozen when it’s as fresh as possible, locking in the flavour that might otherwise get lost during transportation and storage.

The pasta we ate with lemon, basil, olive oil and Parmesan was a thing of magic – you didn’t even have to cook the sauce, just mix the ingredients together and stir through hot pasta. And the vegan sweet potato and green bean curry… Well. Absolutely beautiful. 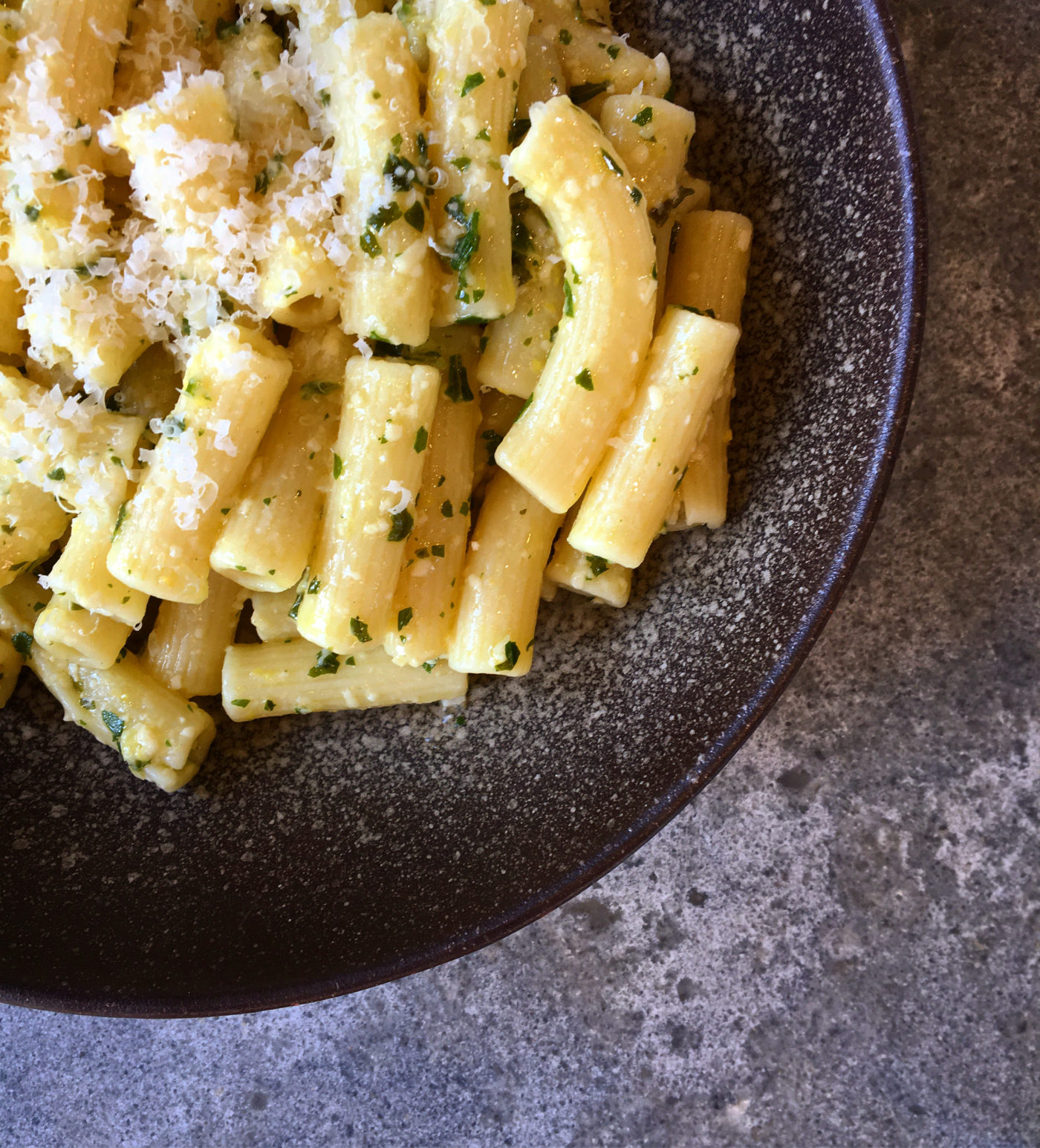 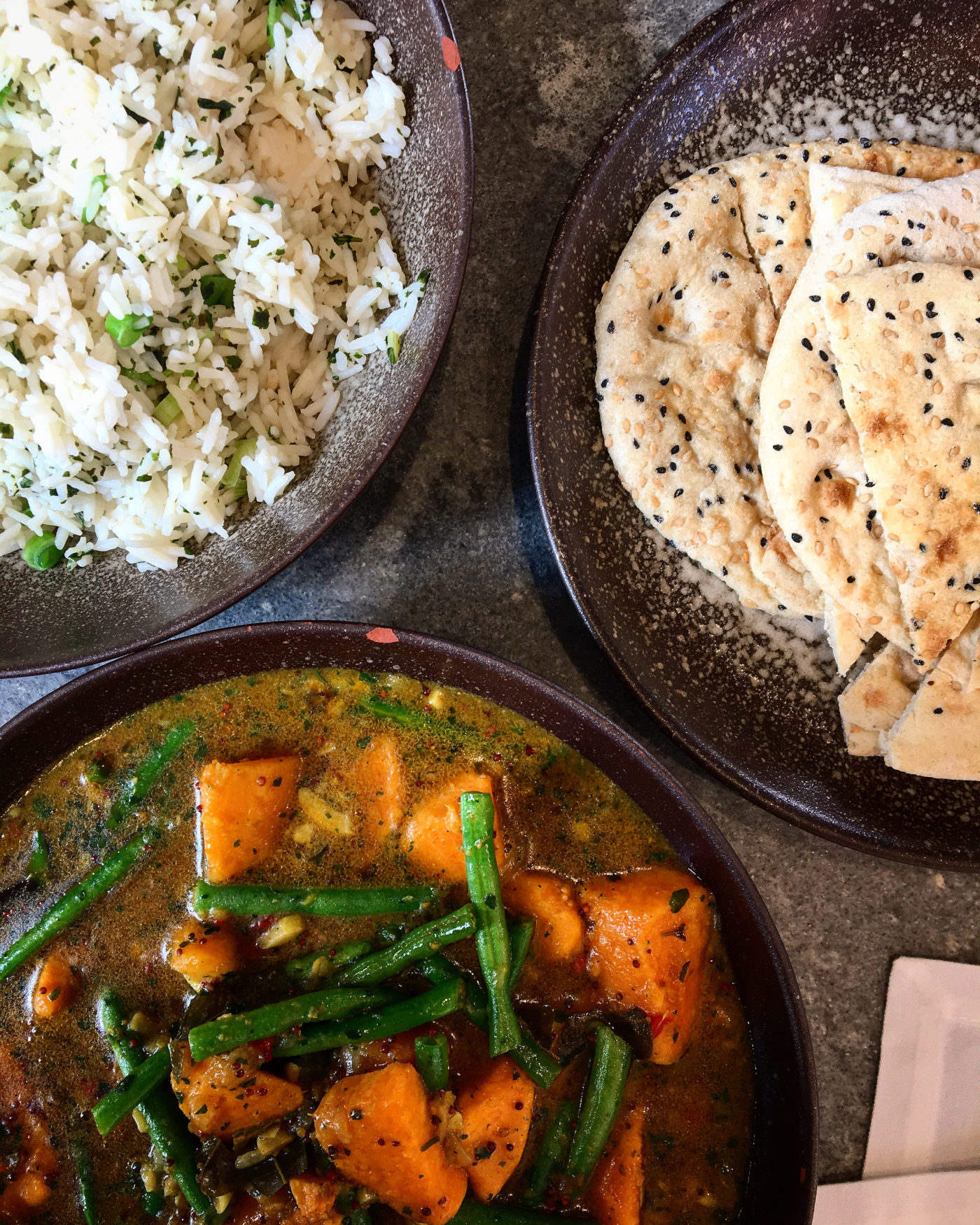 I do have plans to try a really easy prawn curry using frozen herbs, garlic, ginger, chilli and coconut milk, so look out for that soon, but in the meantime I thought I’d have a go at making a sweet dish using frozen herbs – a gluten free clafoutis using cherries and thyme – just to show you how versatile they can be.

Plus when you add something that feels like it should be savoury to a pudding you just immediately seem fancy don’t you? 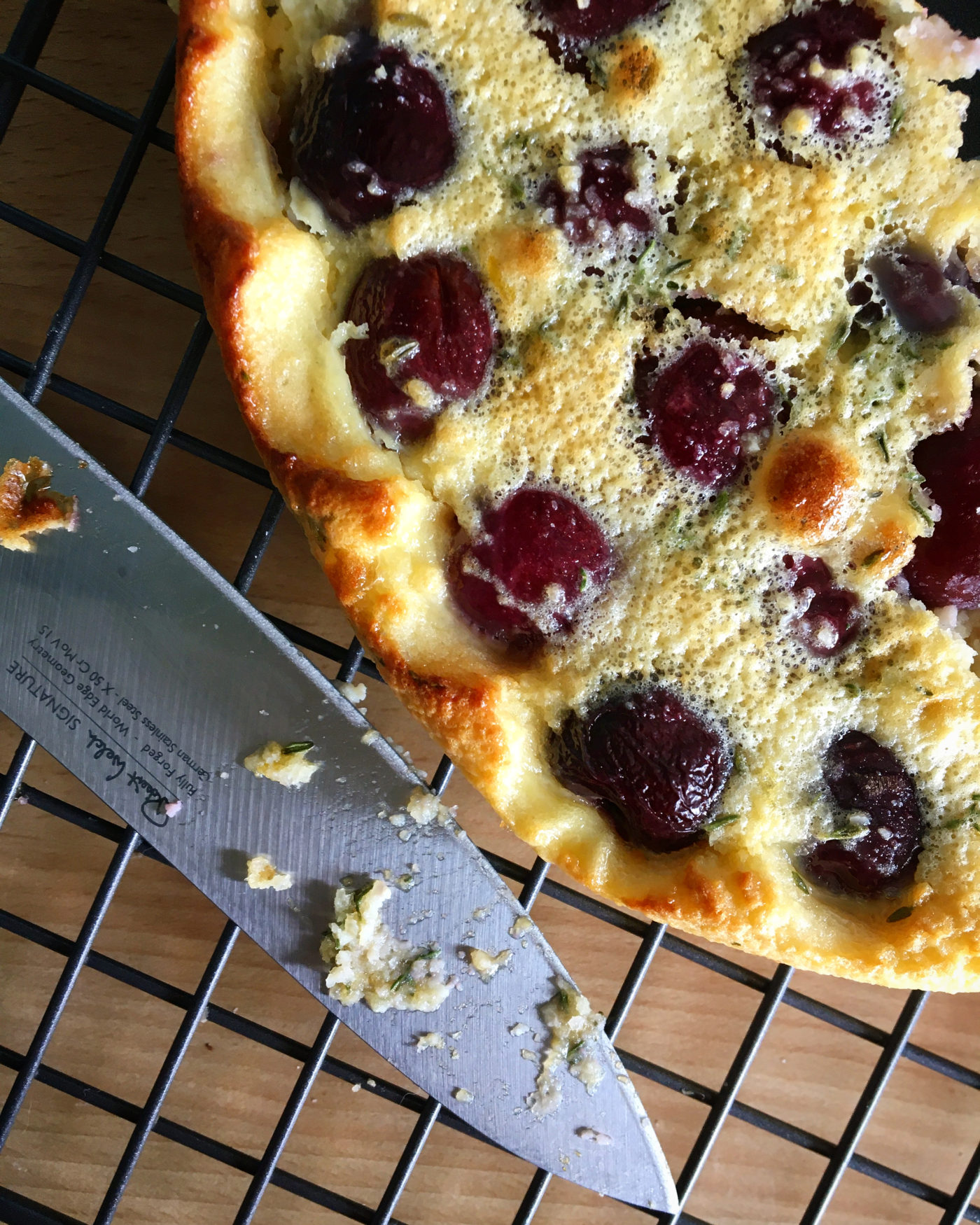 This clafoutis is actually just a simple variation on the cherry and dark chocolate clafoutis I made recently. I’d never made (or heard of) a clafoutis until then to be honest, but I like that it almost feels like it could be a breakfast item, what with the eggs and fruit and what not, especially when you take out the dark chocolate and replace it with frozen thyme.

Pudding for breakfast – what’s not to love?

You can read more about things like whether or not to leave in the cherry stones in the original clafoutis recipe post, so here I’m just going to give you a quick recap. 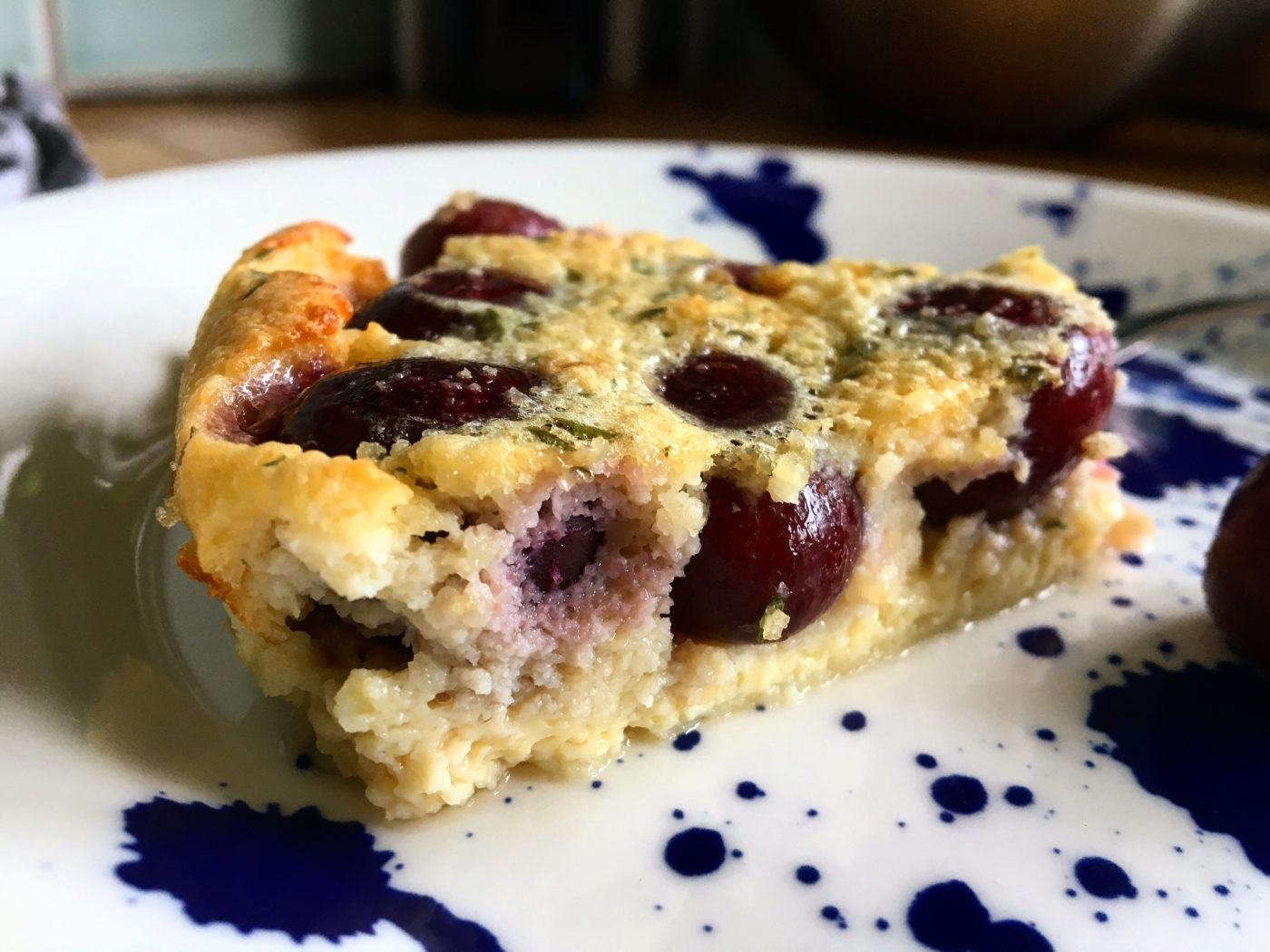 To make my gluten free cherry and thyme clafoutis you will need:

Preheat the oven to 350/180 degrees or 160 fan. Grease your tin with a little butter and a sprinkle of sugar. I used a round, fluted edge tin, the sort you might use to make a quiche. Pop the cherries in the tin.

Mix all the other ingredients together until you have a smooth batter and pour it over the cherries. Bake for about 40 minutes until a knife comes out clean. You want it not overly brown on top and with a slight wobble.

That’s it! It’s so simple, especially when you don’t have to faff about getting the tiny thyme leaves off the stalks.

Do you use frozen herbs at home? What’s your favourite herby recipe? Leave a comment and let me know! 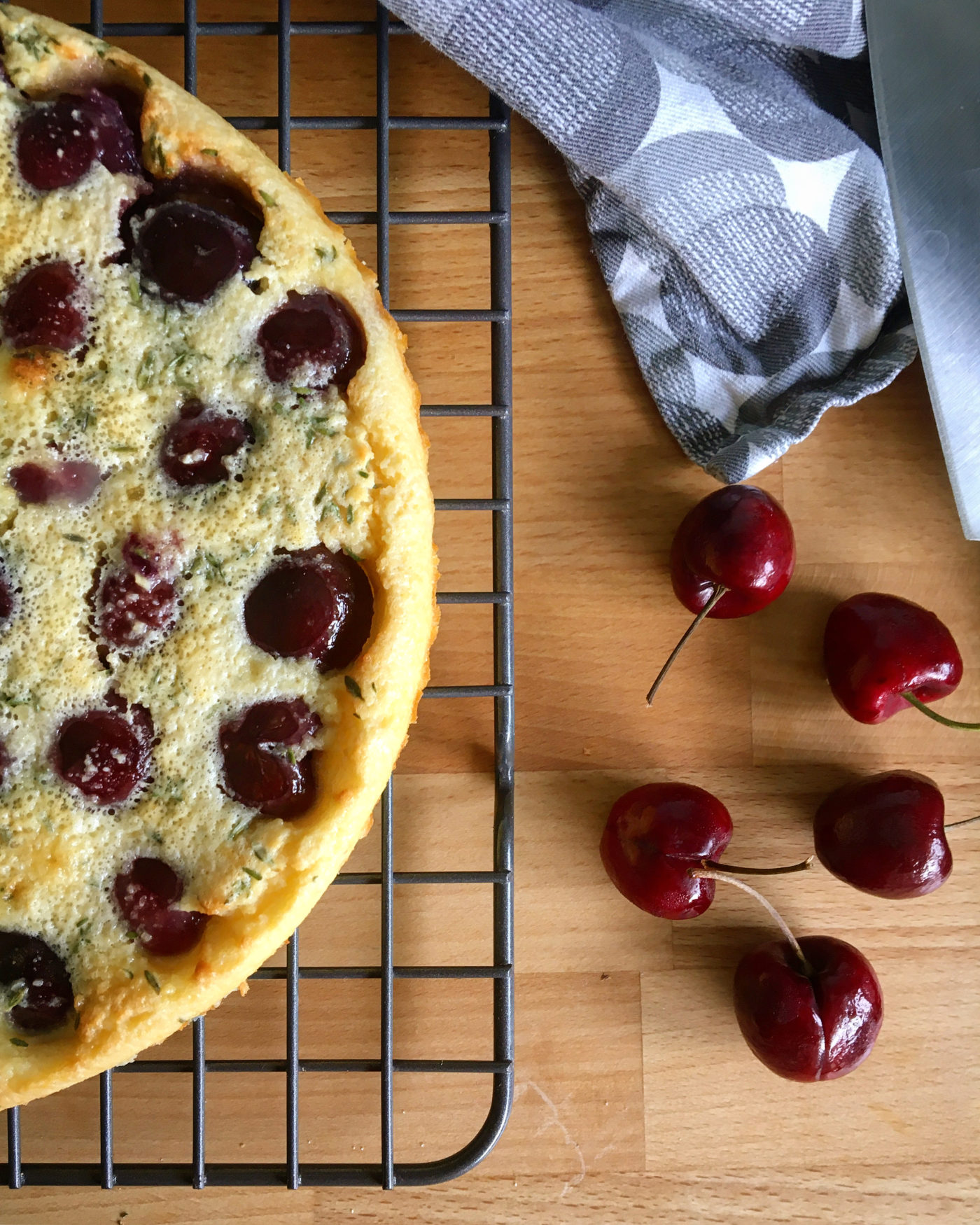