One of my favourite times of the week is a weekend morning, when Belle is still asleep and I’m alone with the cats, pottering.

Pottering is great isn’t it? I get the Archers omnibus on and I potter about doing all the crappy jobs I’ve been putting off for weeks like recharging the hoover battery and finally dealing with the Christmas tree on the back patio. (This one is currently aspirational.)

This weekend I potted up the avocado stone I’ve FINALLY managed to get to sprout after about eight failed attempts over the course of several years, which was very satisfying, and then to balance it out I threw away two other dead plants. That’s the circle of life for you, right there.

I also like to do a bit of light cooking when I’m pottering – something that I can nibble while I do my jobs. One of my favourite things to make is my ‘whatever’s in the fridge frittatas‘, partly because they’re tasty but also because it’s a useful way to clean out the fridge, which is another one of my favourite pottering pastimes.

This weekend, once the avocado stone was settled in, I thought I’d make some frittatas as a way to use up the cauliflower I’d had in the fridge for ages. I bought it with good intentions but you know, sometimes it’s hard to get around to eating a whole cauliflower, however positive you may feel about it at the time. I had a similar situation going on with a bag of spinach, which I’d bought to stir into a sweet potato curry that never happened, so that went in too. 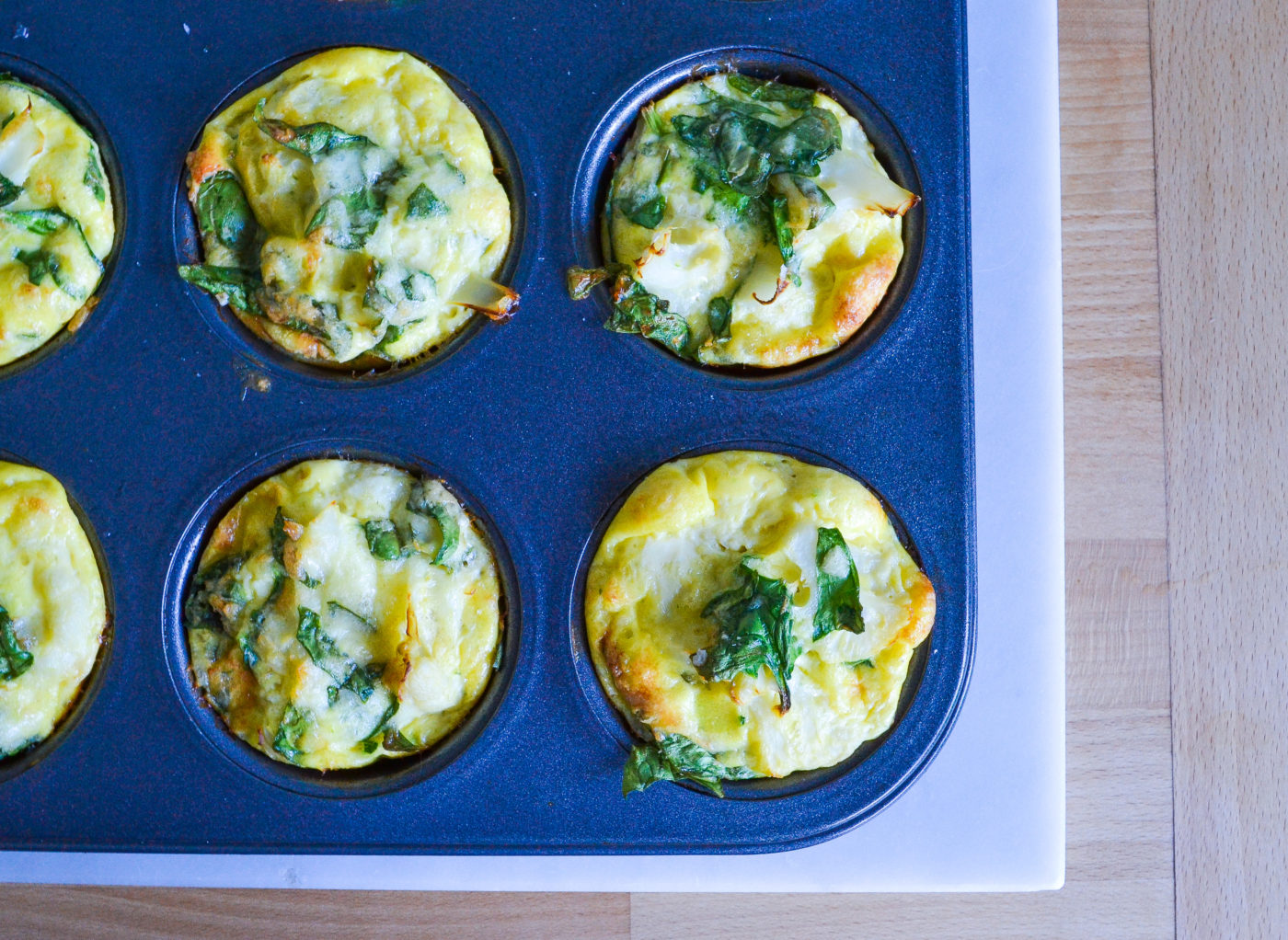 On reflection, I think they needed something sweeter to balance the flavours a bit better, (I dipped them in BBQ sauce, which wasn’t ideal), so in the recipe I’ve added the option of peas or cherry tomatoes, which I think would lift the frittatas nicely.

How to make cauliflower cheese frittatas

To make your own cauliflower cheese frittatas, you will need:

Don’t forget that this is a very fluid recipe so swap things in and out depending on what you like and what you have in the fridge. Check out the ‘whatever’s in the fridge frittatas‘ for more inspiration. 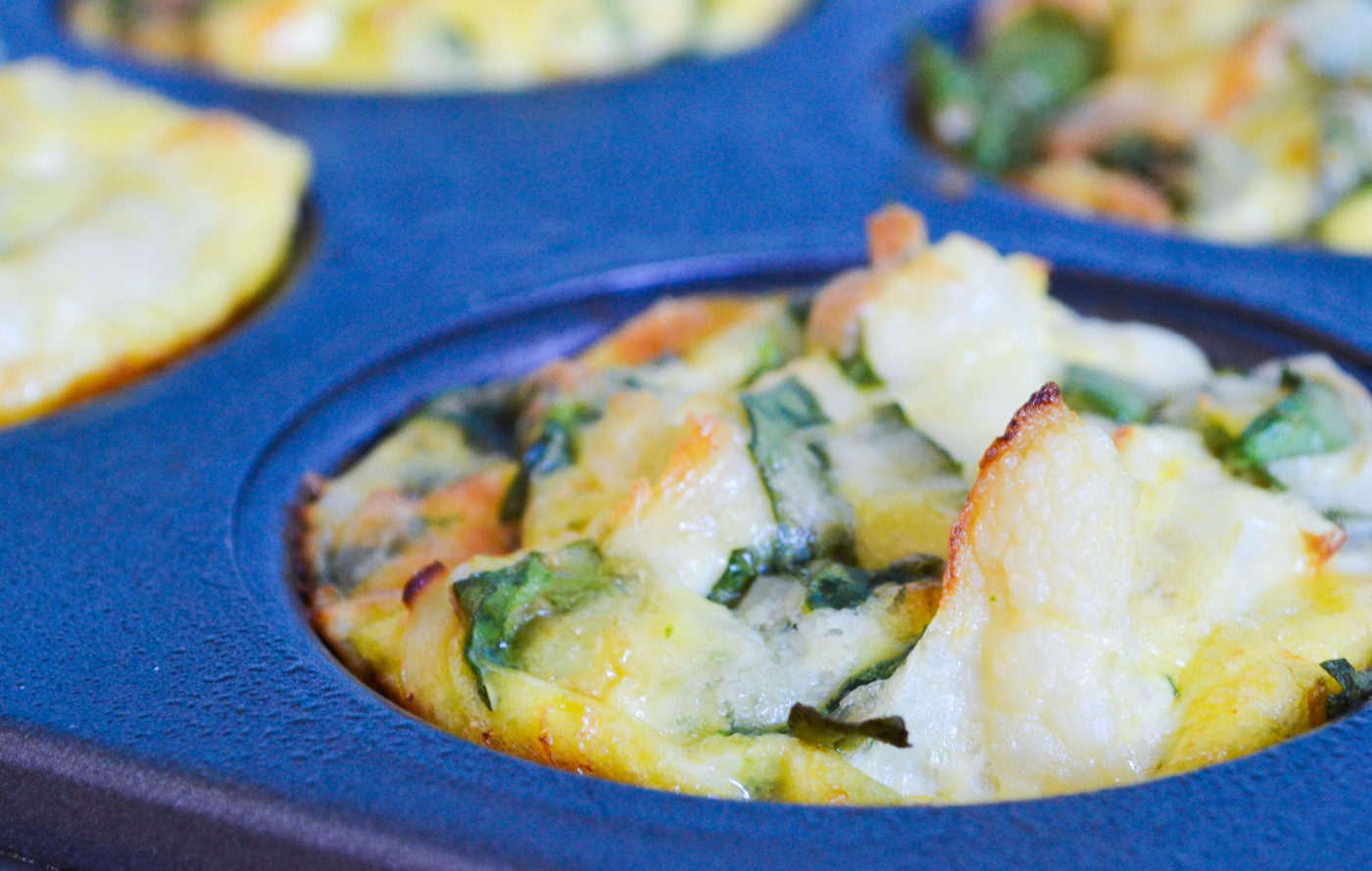 Cook the cauliflower by boiling it for about five minutes and then leave it to cool a little. In a large bowl beat the eggs and then mix in the other vegetables and about three quarters of the cheese. Season generously.

Chop up the cooled cauliflower and add to the egg mix, pour the mixture into a greased 12 hole muffin tin, and sprinkle over the remainder of the cheese. You could add a blob of another cheese at this stage too, like a nice goat’s cheese, for extra cheesiness. Cook at 180 degrees for about 20-25 minutes or until the tops are nicely browned.

Eat while warm, ideally at the same time as dusting your skirting boards and charging a hoover battery. 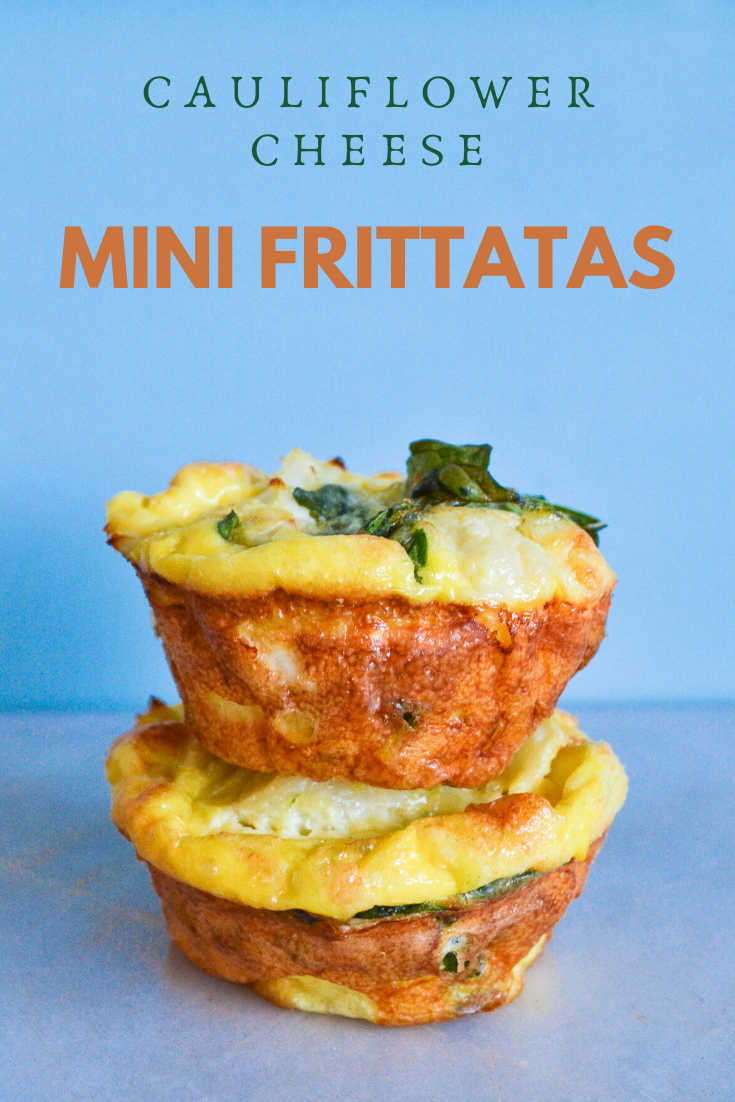