Fancy making your own homemade bourbon biscuits? This recipe is super easy – if I can do it, anyone can.

Although it might be controversial, I’ve always considered myself more of a biscuit than a cake kind of girl. Presented with a slice of red velvet I’d be a bit ‘meh’, but give me a packet of chocolate hobnobs and I’m well away.

One of my very favourite biscuits is the bourbon.

The bourbon has so much going for it – it’s chocolatey, but with that slightly salty edge of an Oreo. It has the crunchy biscuit texture, but a creamy middle, and it’s a sandwich biscuit, so basically two biscuits disguised as one. If you’re prepared to be a bit disgusting, split your bourbon and noisily lick the cream then you can make a bourbon last a long time. 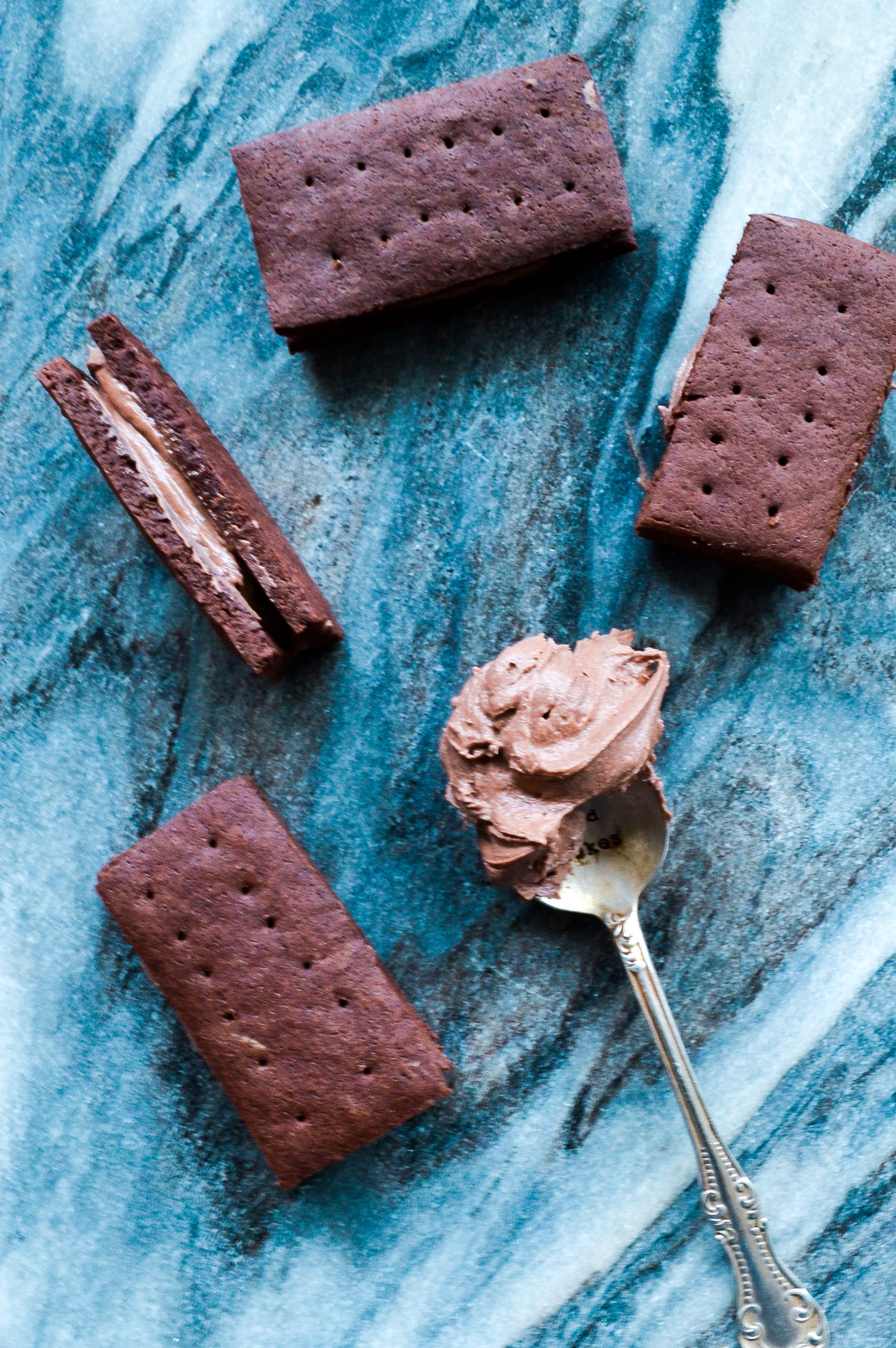 Now you’re probably looking at that picture and thinking ‘hang on a minute, those kind of LOOK like bourbons, but also they don’t? What’s going on?’

They were actually pretty easy, definitely not as fiddly as the homemade party rings I made, so you can totally do these yourself.

Here’s what you’ll need to make your own bourbon biscuits. It’s all pretty standard stuff – I had it all in the cupboards already. These quantities make about 10-12 biscuits, so scale up if you want to make more. I like to cook in small quantities as it’s just me and Belle at home and I will just eat them all.

To make the biscuit part of your homemade bourbon biscuits, first cream together the margarine and sugar. Mix in the golden syrup and then add the dry ingredients. Give it a good mix. Now add the milk bit by bit until you have a soft dough. You might not need all of it, so go slowly so it doesn’t turn sticky.

Roll out the dough, (using just a bit of flour so as to not make your biscuits look too floury), to the thickness of bourbon biscuits. Don’t pretend you don’t know. Cut out bourbon shaped rectangles and transfer to a lined baking tray. You can measure them if you like but I just did mine by eye and then at the edge matched up the most equal looking pairs.

Prick the biscuits with a cocktail stick to get the pattern and bake for around ten minutes in an oven preheated to 170 degrees. 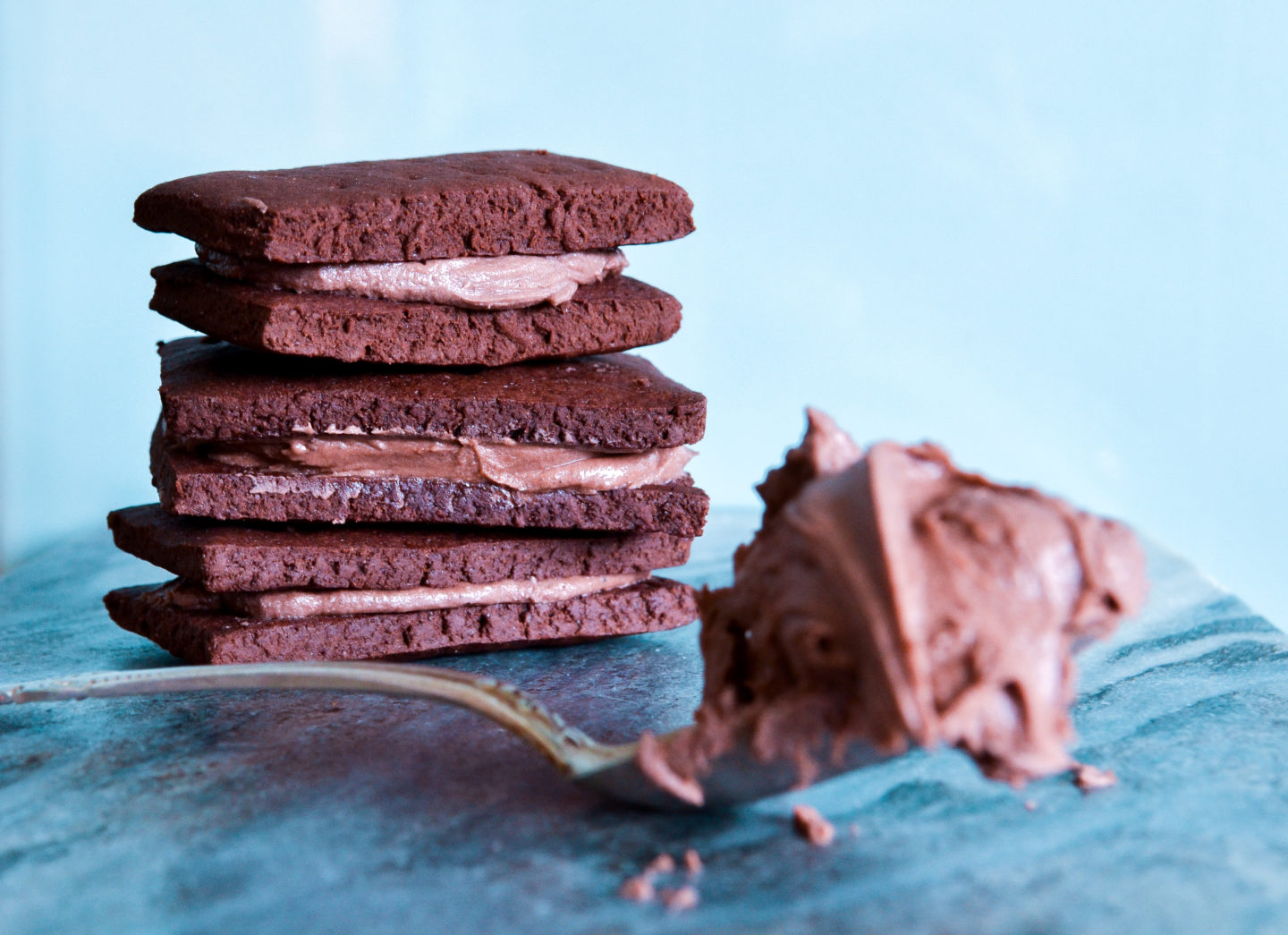 To make the filling, just mix everything up together, (slowly so as to not end up with a face full of icing sugar). The butter will need to be quite soft for this bit, so you might want to beat it a bit first.

It WILL turn into butter cream, it just looks like it won’t to start with, so be patient. 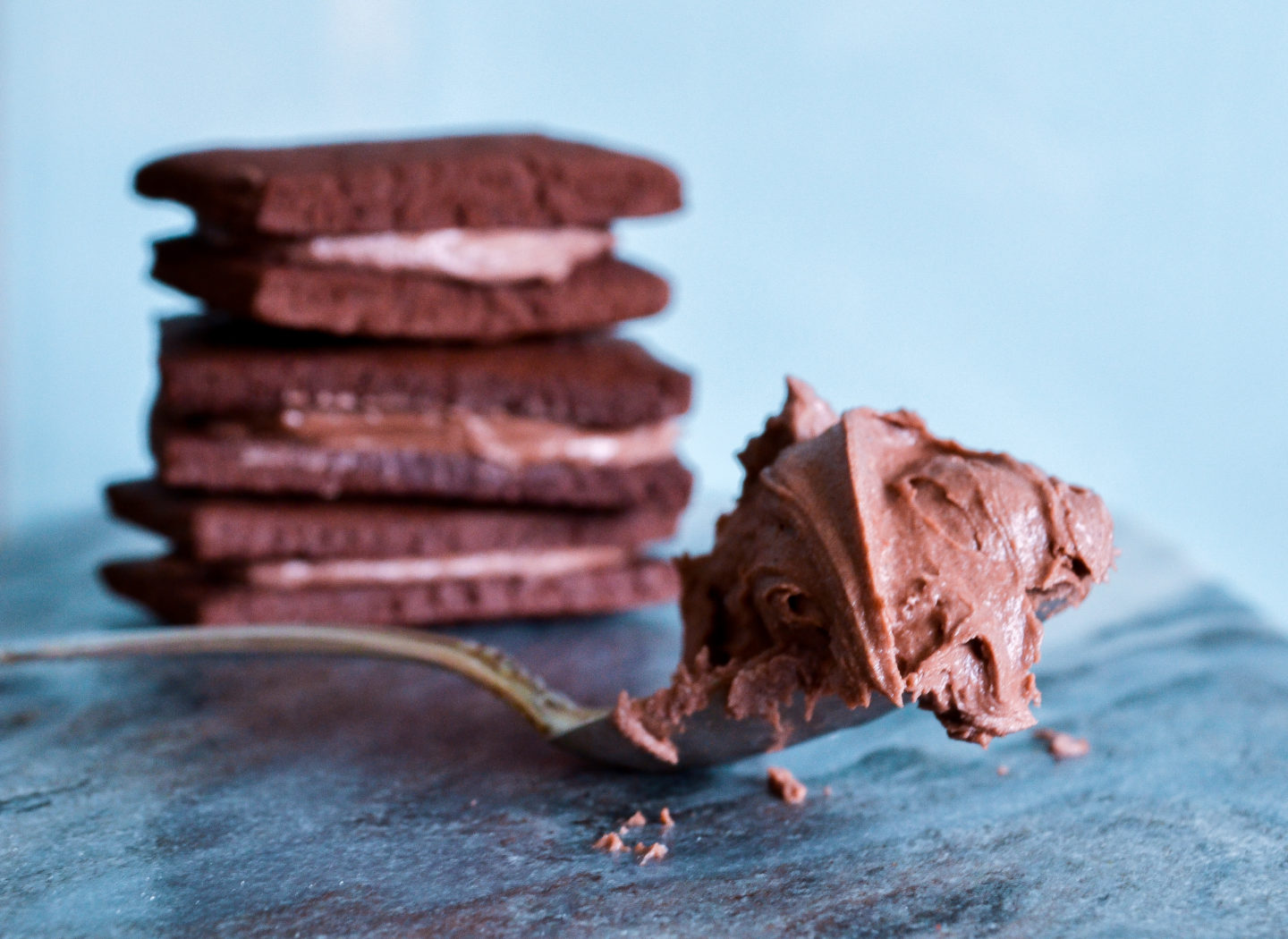 Once the biscuits are cooled you then just need to sandwich them together in pairs with the buttercream filling.

They will keep for a few days in an airtight container.

Good luck with that. 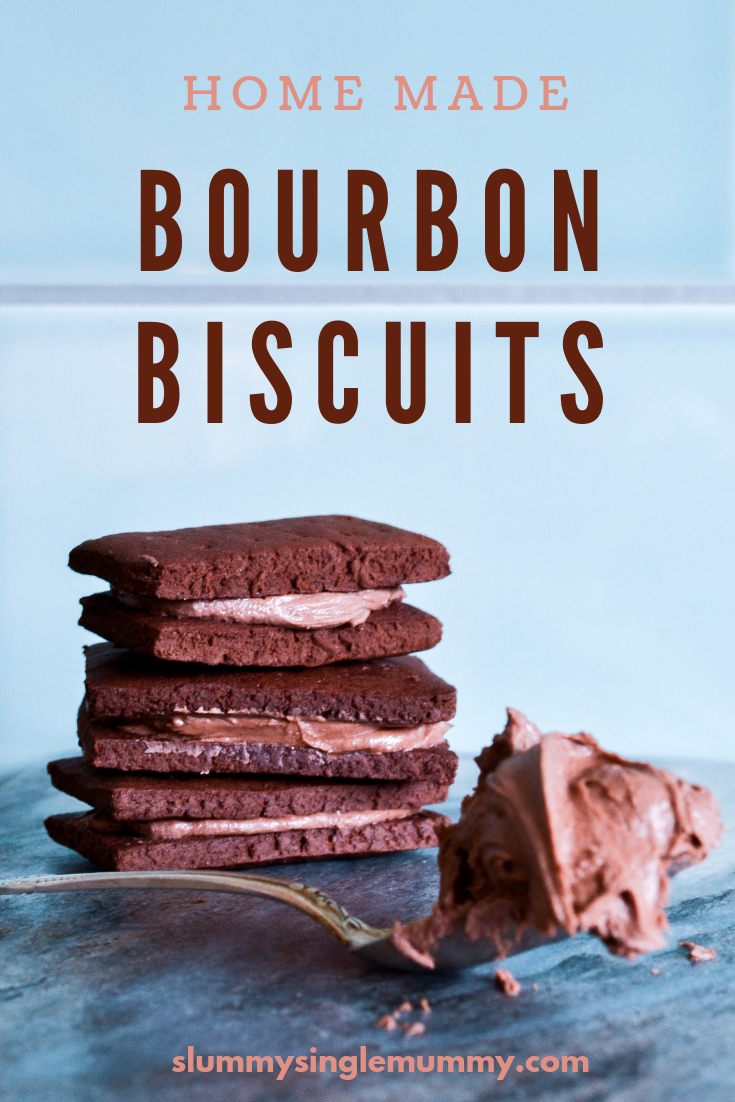 If you liked this recipe, I have also made homemade Jaffa Cakes, homemade party rings and homemade Jammie Dodgers.