If you like my homemade Jaffa cake recipe you might want to check out my homemade party rings recipe too! 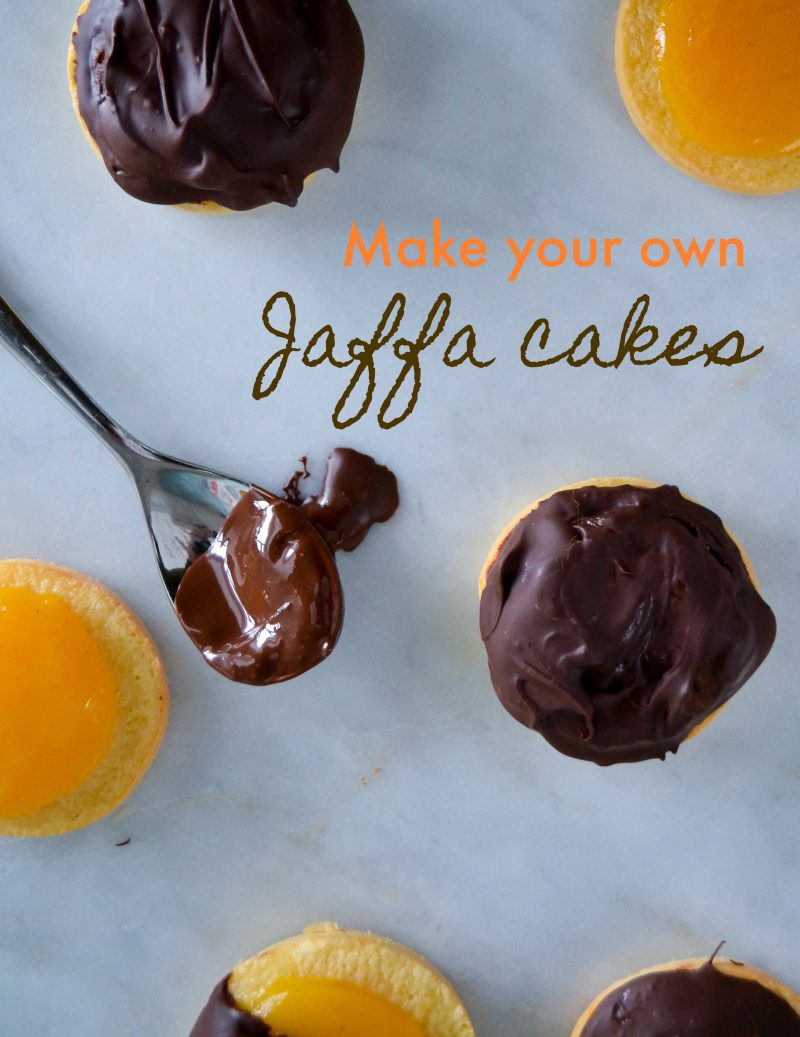 I know what you’re thinking – ‘A homemade Jaffa cake recipe? WTF? Why on earth would you go to the effort to make your own Jaffa cakes when you could just crack open a packet of McVities?’

Well yes, I can see your point, but making your own Jaffa cakes is more something you do for the activity than for the end product.

It’s like any kind of cooking really, or gosh, anything in life at all when you start to think about it. It’s satisfying making things for yourself from scratch, and fun in the process. (Sometimes. Unless it’s a complicated pastry or something.)

It’s the journey not the destination and all that.

PLUS, when you make your own Jaffa cakes you get to do things along the way like eat a casual square or two of Bournville and lick the cake bowl. 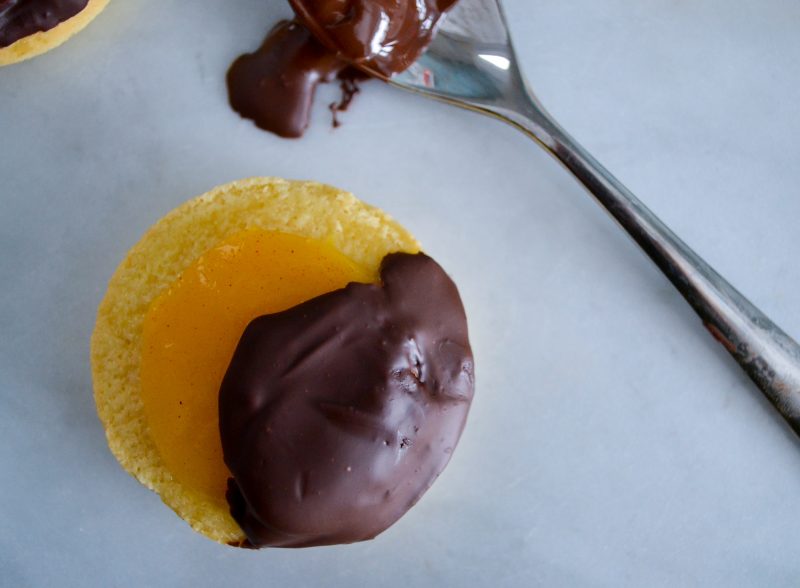 (Interesting side note – when I was doing some Jaffa cake research Google suggested ‘are Jaffa cakes good for me?’ as a search term. I feel for the people Googling that. Desperate times.)

For the chocolate topping:

How to make homemade Jaffa cakes 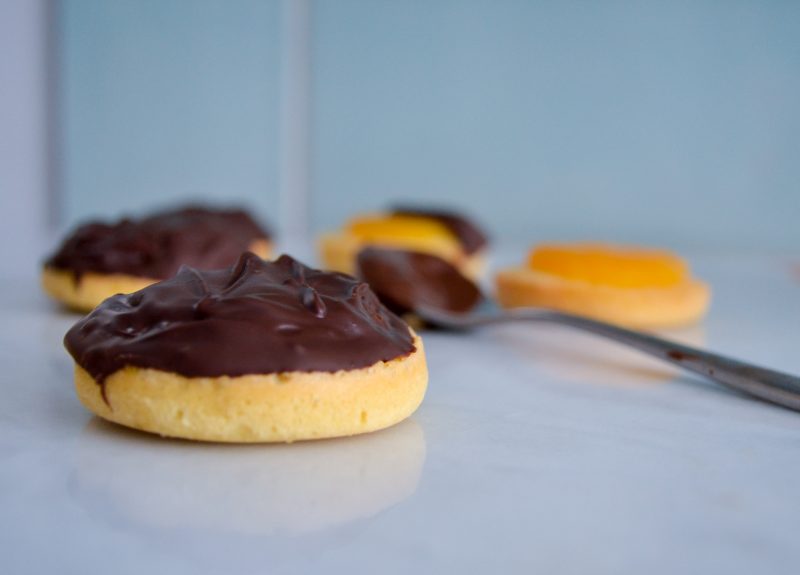 Start with the jelly, as this will take some time to set. Line a tray with cling film and heat the orange juice in a small pan. Once it has come to the boil, mix in the jelly and pour it into the tray. Refrigerate until it’s set.

For the sponges, grease a muffin tray and preheat the oven to 180 degrees. In a heatproof bowl over a pan of simmering water, whisk the eggs and sugar for a few minutes until light and fluffy. Add the flour and mix well.

Split the mixture between the 12 holes in the muffin tray and bake for around 10 minutes. They aren’t meant to rise, so don’t panic. Take them out of the tray and leave them to cool.

Once the cakes are cool and the jelly is set, we’re ready to start assembling. Melt the chocolate gently in a pan and then leave to cool for ten minutes or so so that it’s not too hot and runny.

Cut 12 jelly discs that are slightly smaller than the sponges and place one on each cake. Spread the melted chocolate over the top of each one and you’re done! Leave the chocolate to set and then settle down with a spot of Celebs Go Dating, a small sherry and one of your homemade Jaffa cakes.

Because you’ve DEFINITELY earned a Jaffa cake when you’ve made it yourself.

If you liked this homemade Jaffa cake recipe please consider sharing it or pinning for later! 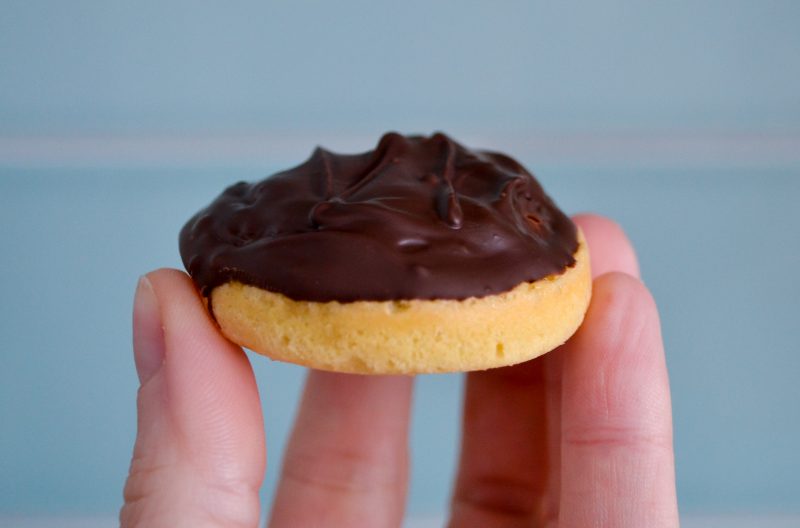