There comes a point in your life when you start to get excited when you see NEW things happening. A few months ago for example my neighbours opposite me had a new boiler installed, and I spent quite a lot of time at the kitchen window casually making a cup of tea or washing up or just sort of standing.

‘They’re bringing out the old boiler now,’ I’d shout into Belle in the living room.

She would answer me with silence because she is 16 and hasn’t reached the age yet where she cares about anything boring.

I’ve had a similar sense of excitement over the last couple of months every time I have driven through Taunton and seen work progressing on the new Hubbox restaurant. The space that it’s taken over has been empty for a long time, (I knew it as Wimpy, which I think says a lot), and it’s in a pretty prominent location, so it’s lovely to see it coming back to life.

We went along to their launch night a couple of weeks ago and were blown away by the size and the scale of the restaurant. They’ve knocked through into what was also the shop next door to Wimpy, so there’s masses of space downstairs and a first floor too, which has a slightly more casual vibe, with some comfy looking sofas and armchairs that would be ideal for day time coffees and sandwiches.

(My friend Paul did a little tour video on the opening night, in which I wave, so if you want a proper look inside then that’s worth a watch.)

Belle and I were invited back last night as guests for a proper meal and to see how Hubbox is settling in to Taunton. I chose a Thursday thinking it might be quieter than the weekend, but I was pleased to see that it was packed out – there was hardly an empty table in the whole place. 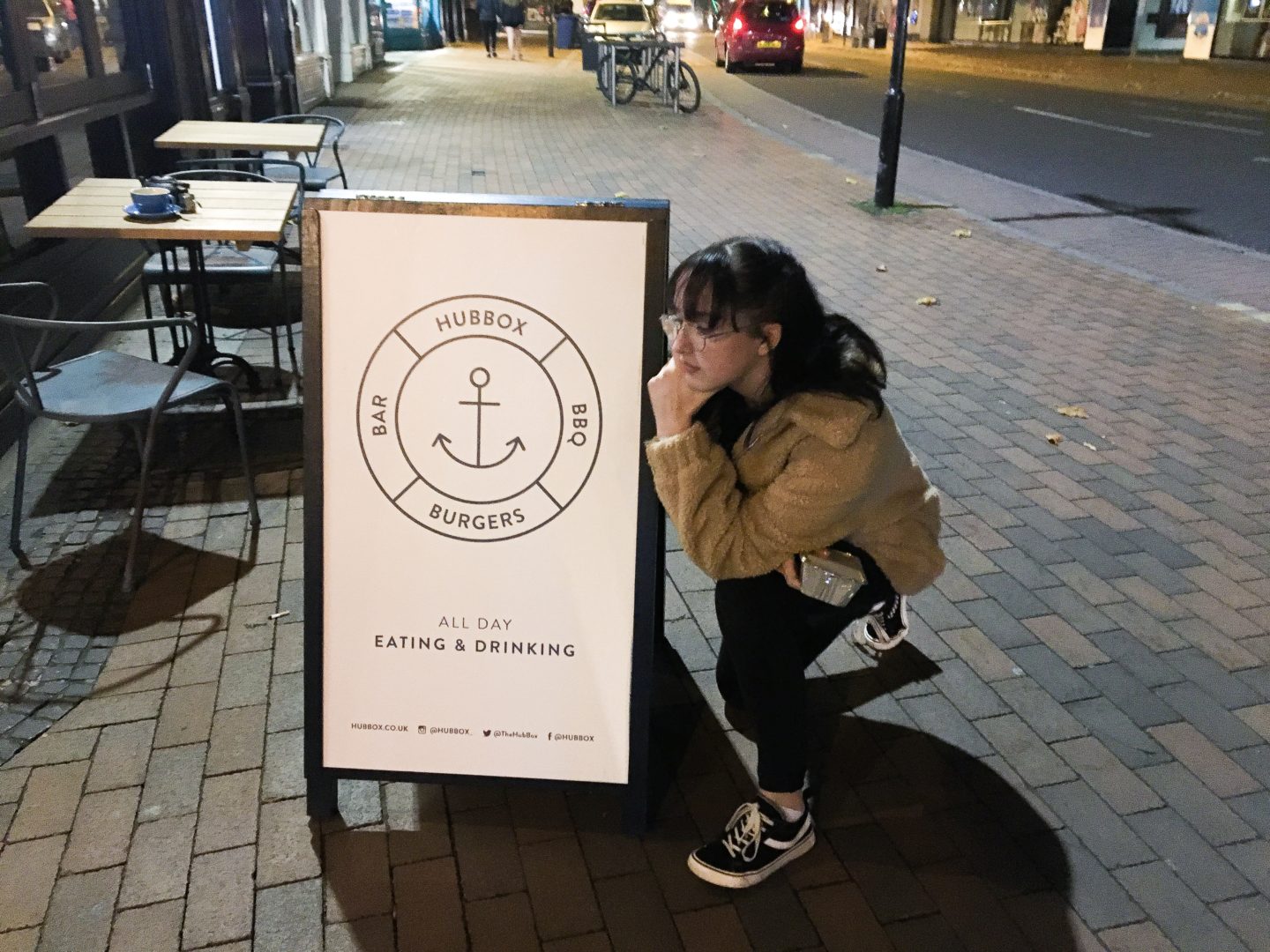 The general vibe of Hubbox is American street food, matched with decent drinks, so think burgers, grilled steak and fish, mac and cheese and dirty fries alongside great beers and lagers and an impressive cocktail menu. I honestly was just going to have a beer, (they do a beer tasting selection if you can’t pick one), but then the waitress suggested I take a look at the cocktails, and then somehow THIS arrived… 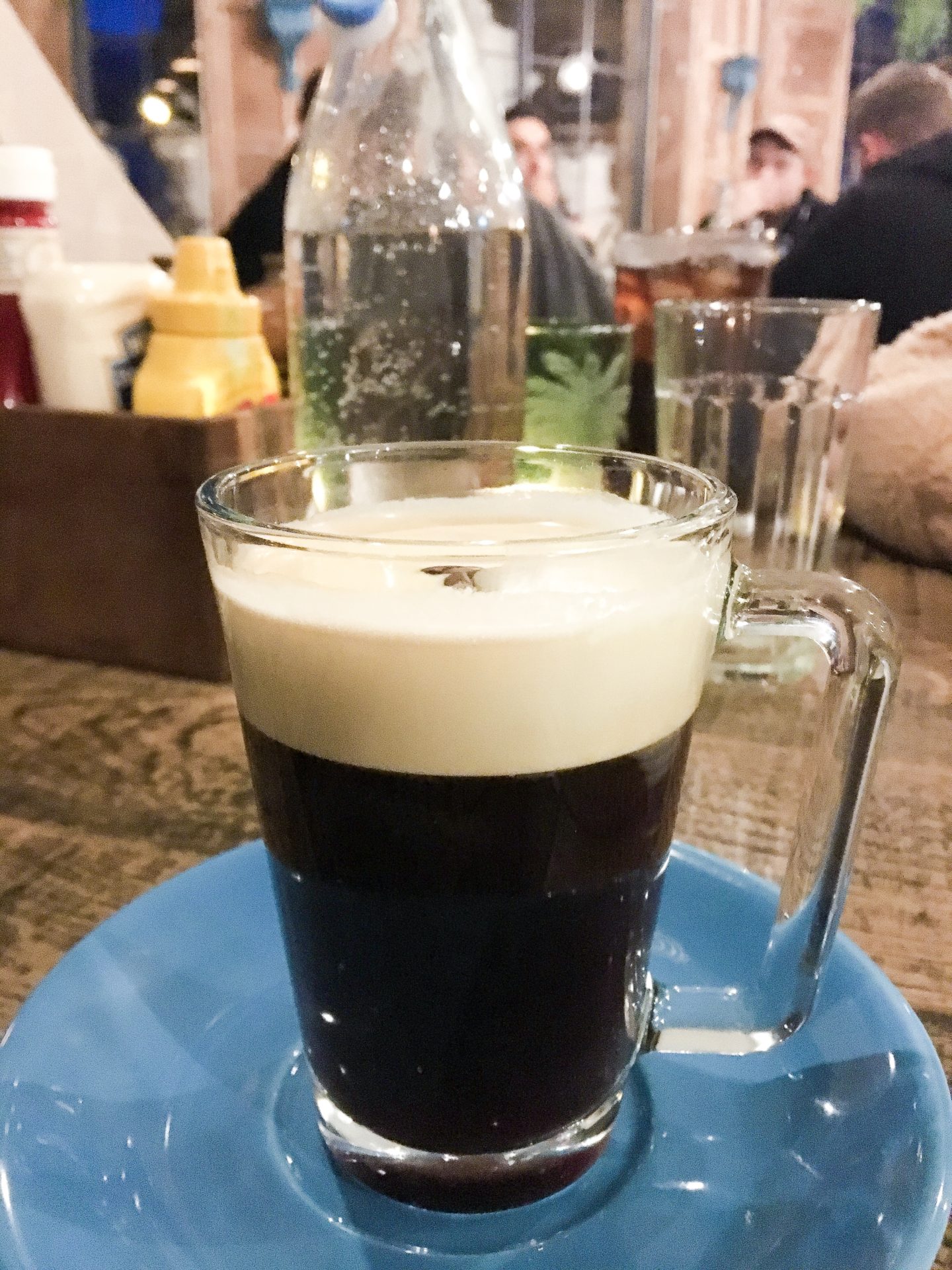 This beauty is the Cornish Coffee, made with cider brandy, coffee liqueur, origin americano coffee and cream. I mean seriously, what’s a girl to do?

Having seen the size of the main courses, we passed on starters, although there were lots of really yummy looking things, including cauliflower fried in turmeric batter, a baked Camembert and buffalo halloumi with blue cheese ranch and hot sauce. (Definitely going back for that one.)

For mains then, we aimed to cover several bases. Belle went for the buttermilk chicken burger with a side of pulled pork fries, which was more than enough for her. In fact, she only managed about a quarter of the fries and the rest were packed up for her to take home to have today. 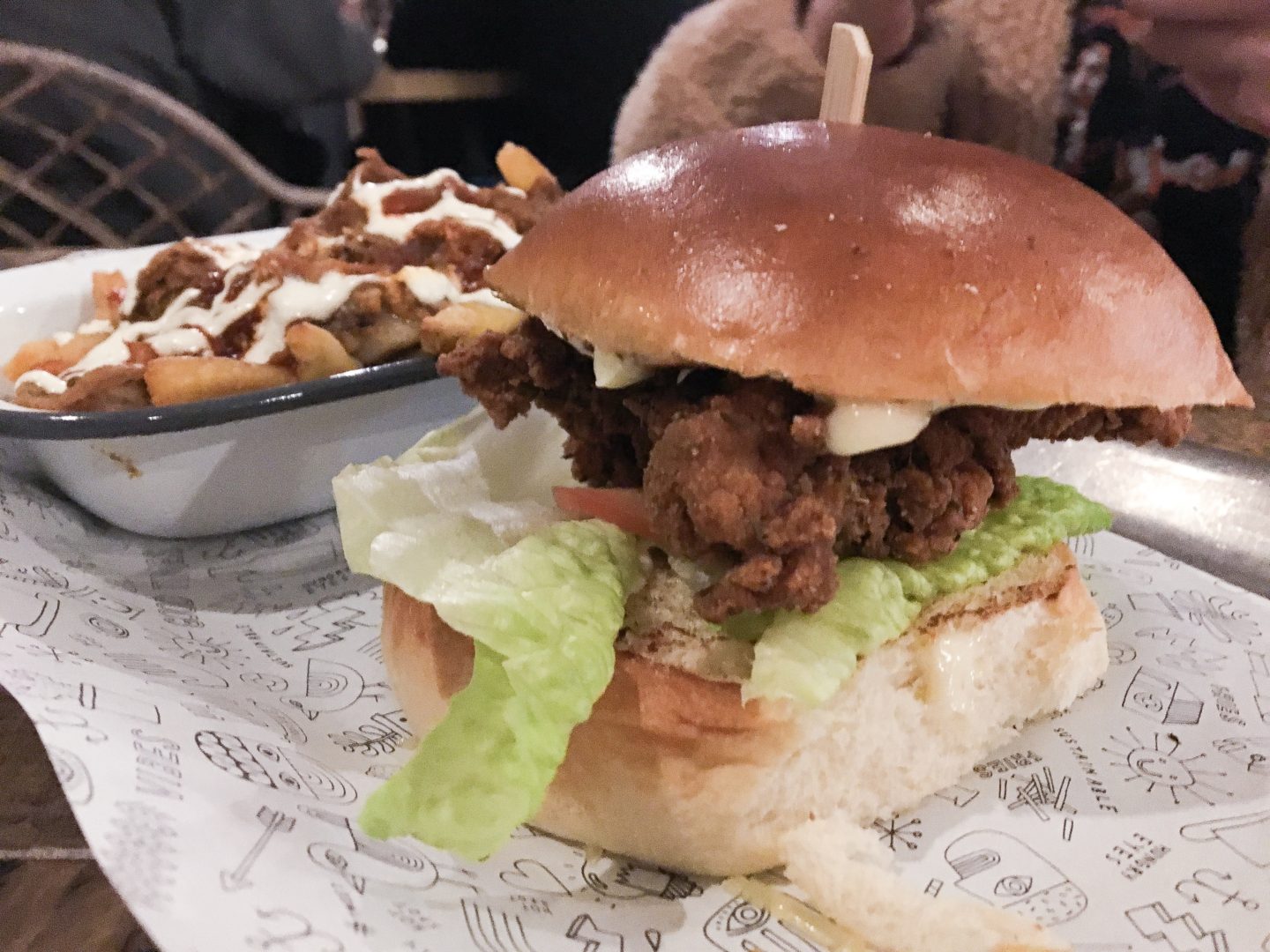 I decided I should have a go at something cooked to order on their hand built charcoal grill, so I went for the flat iron steak and the seaweed butter sauce, served with skin-on fries and dirty onions.

The steak was lovely and pink, and the whole thing was really tasty, although I do wonder how long the wooden boards will last with all the blood and the steak knife action. That’s just me having a bit of a gripe about plates that aren’t really plates though. The little groove around the edge of the board was handy for the steak to drain into. 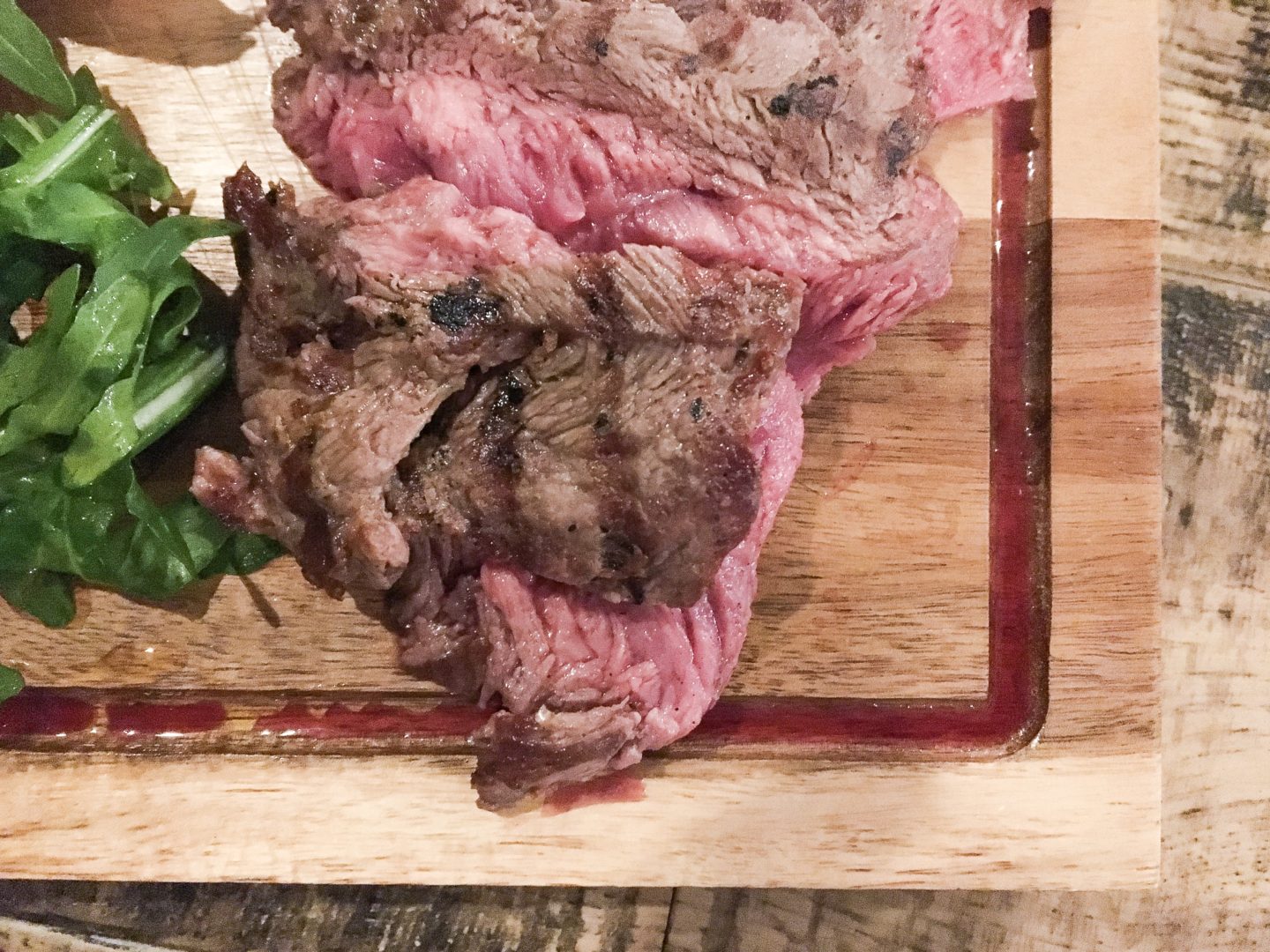 I was slightly surprised that there didn’t seem to be any pudding options, but that’s just because I like puddings. If you have a sweet tooth then they do make American style milkshakes made with Cornish ice cream.

Additional feedback from Belle was that she liked the music choices. I’d agree, although I found it a touch loud – perhaps my age showing through again, as I struggle with the acoustics in restaurants sometimes.

Next time I visit I’d be keen to go earlier in the day and try out their breakfast menu. You may remember that when I first moved back to Taunton I had a little cry in the street over the lack of good breakfast options, so it’s always nice to see smashed avo eggs on a menu and be able to imagine I’m back in my little hipster corner of Bristol.

Overall though we were really impressed with the atmosphere and the food and I’m sure Hubbox is going to do really well here.

If you try Hubbox in Taunton then do leave a comment and let me know what you think! 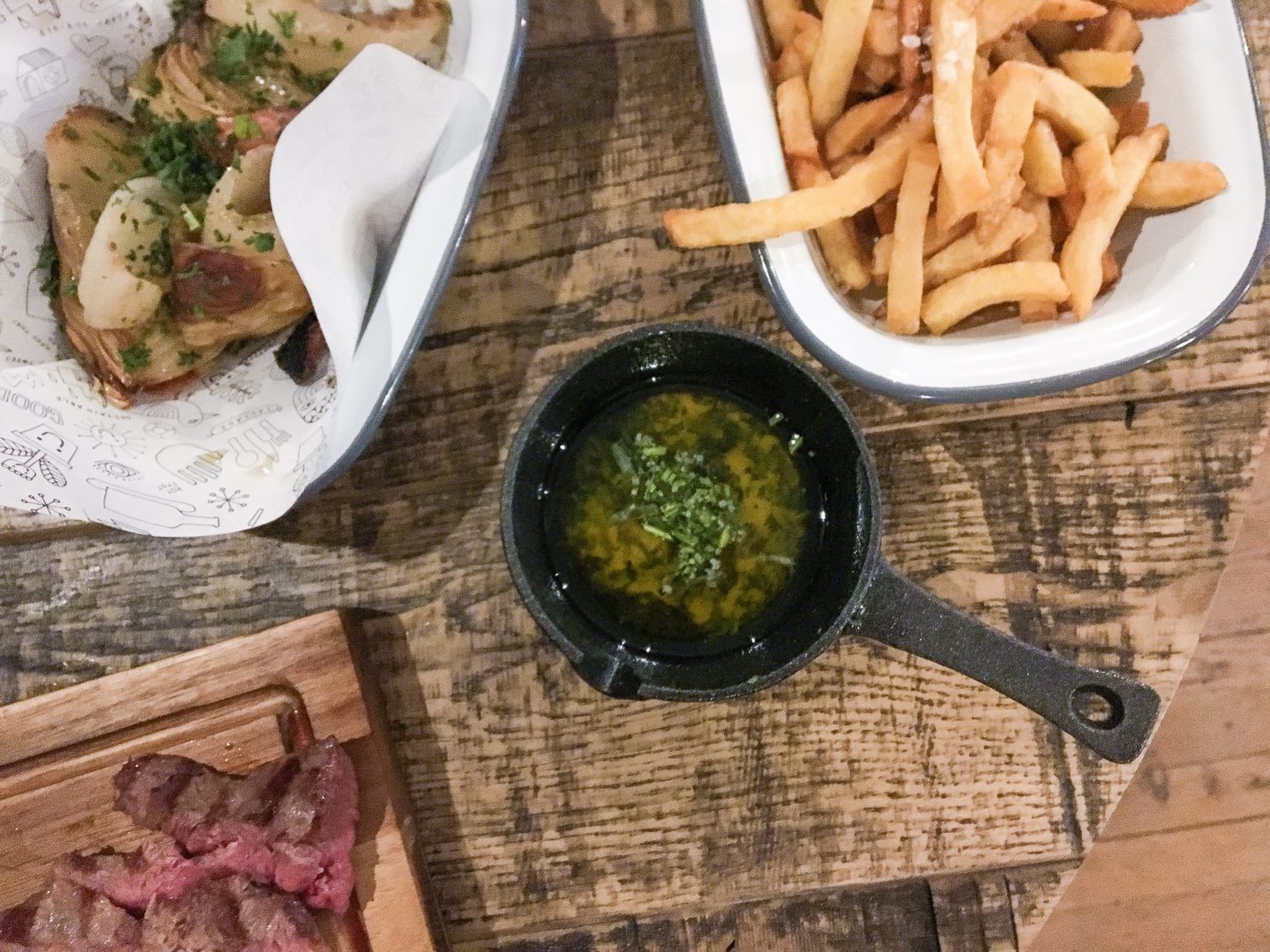