Last week I wrote about the One4All gift card and told you all about what a good idea it is as you can use it in so many different places.

To illustrate the point, One4All asked me if I’d have a day out, to showcase some the huge range of retailers. I had to think about it for a while obviously. ‘Hmmm, let me see, do I want to go shopping, buy myself treats, and drink cocktails?’

I decided that yes, in the name of research for YOU GUYS, it was a sacrifice I was willing to make.

I had a think before I started about what makes a good shopping day out. It’s not actually often nowadays that I would spend a whole day just mooching around the shops. I might go out in my lunch break, or go somewhere with Belle and be made to look in half a dozen different make-up shops, but I don’t often spend an entire day on my own just BUYING stuff.

I used to do it a lot as a teenager of course – Saturdays going ‘into town’ or, if I was feeling flush, getting the bus to Exeter or Bristol. The trouble as a teenager though is that you don’t actually have any money to spend, and so there’s never a lot of action on the actual shopping side of things. I’d normally go out with £10 if I was lucky, and so by the time you’d paid for the bus, and lunch in McDonalds, you’d have about £2.50 left to splurge in Superdrug.

There are some high street shops that I would always go in as a teenager – Boots for a look at the nail varnishes, River Island, New Look and Topshop to look at the clothes I would buy when I was a grown up and had INCOME, and WH Smiths to look at the magazines and pencil cases.

Well good news folks – ALL of those shops take the One4All gift card, plus lots more besides. The scene was set.

Obviously I can drive now, so no bus to Bristol needed for me. (Good job, as buses make me feel VERY sick. When I was pregnant with Bee, and actually too young to drive – scary thought – I once got a bus to Exeter to go to Mothercare and had to throw up in a Sainsbury’s carrier bag on the way home.)

I decided to ease myself in gently by getting myself some supplies for a day out in December. My main annoyance walking around town in the winter is having to take my gloves off to do Instagram stories, (not an issue when I was a teenager), so I went into Carphone Warehouse, who have recently joined the One4All scheme, and got myself some touch screen gloves and a pair of fluffy ear muffs that double as headphones.

Get me, warm AND looking super fly. 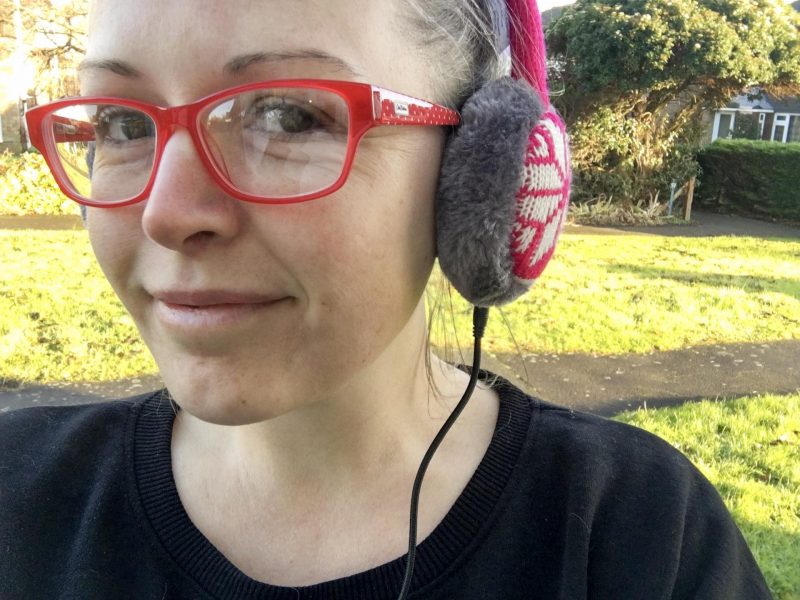 Another new addition to One4All, and somewhere I WOULDN’T have gone as a teenager, is Clarks. Now I am 39 though, I am all about comfort and quality. Bring on the Clarks shoes.

Clarks had a sale on, (what is it with shops all having sales nowadays BEFORE Christmas?), and so I picked up a rather grown up pair of brown ankle boots. Shopping with the One4All gift card is super easy. In most of the shops it seemed to be a case of just processing it like a debit card, by swiping it down the side of the card machine.

The key thing is to keep a note of your balance – they can’t tell you this in store, and so you need to know that you have enough credit for the transaction. You can use it as part payment too, so if you’re buying something for £50 and have £20 on the card, just let the store know.

When I wore my boots the next day Belle said I was looking ‘more and more like Fallon Carrington’, which I was very pleased about.

‘I’m not saying she’d actually wear those boots though,’ she clarified, taking the edge off a little bit.

(If you’re not watching the Dynasty remake on Netflix then what’s the matter with you?) 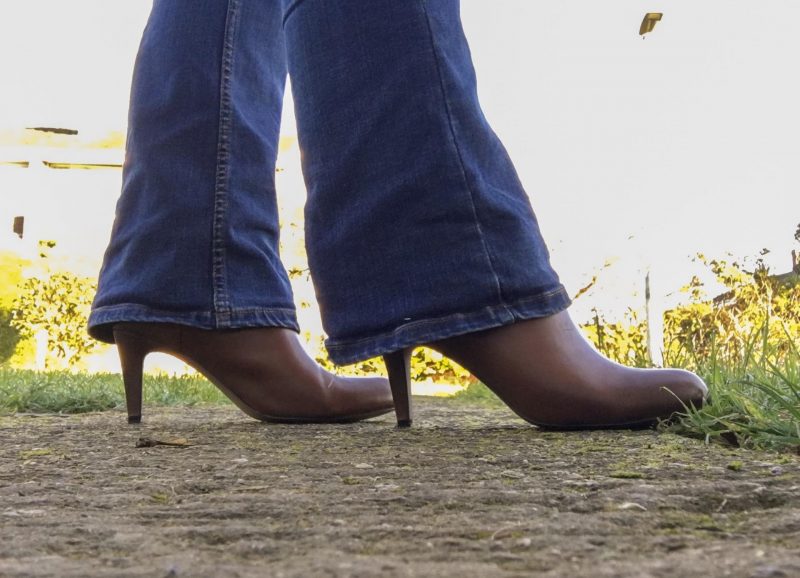 To balance out the middle-aged Clarks purchase I decided to go back to my teenage roots next with a trip to Boots. Nowadays I only really go in Boots for sandwiches, things for Belle, or necessities like deoderant. I had totally forgotten the JOY that is just mooching about, looking at lipsticks and face masks. It was ACE. And I bought ALL OF THE THINGS.

Being a grown up is so cool. 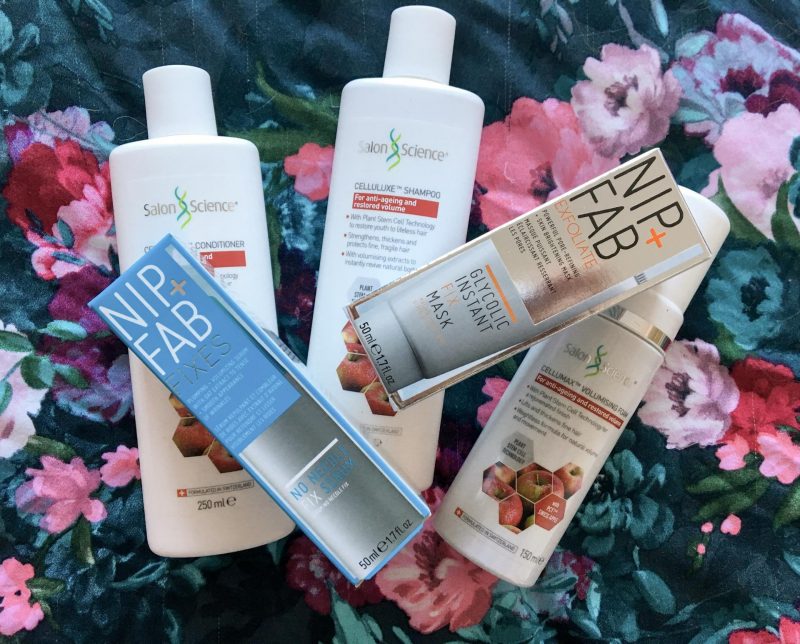 Time for a spot of lunch methinks?

When I’m in Bristol I like to go somewhere that I wouldn’t be able to go to in Taunton, so although you can use your One4All gift card at places like Ask Italian, Toby Inns and Zizzi, all of which I like, I decided to go to Browns at the top of Park Street.

And thank goodness I did, otherwise I would never have discovered the magic that is a French martini. Vodka, Chambord and pineapple juice. AMAZING. 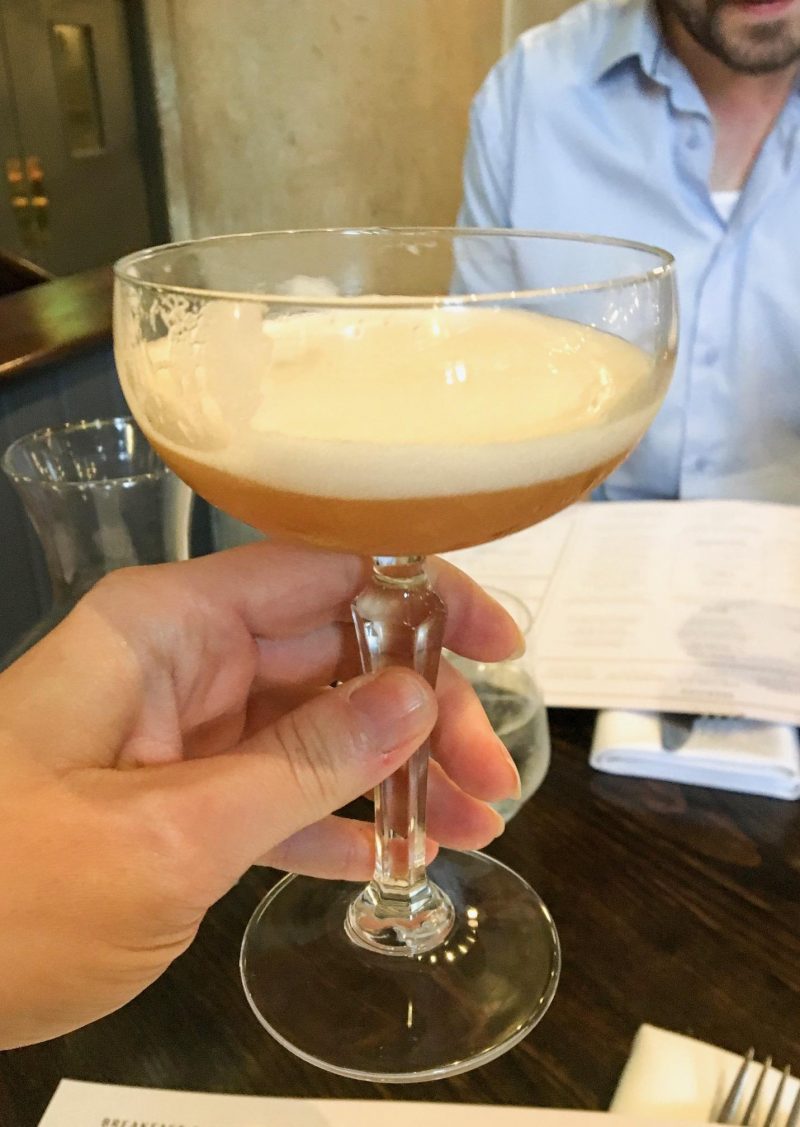 I liked it so much that I put ‘cocktail shaker’ and ‘bottle of Chambord’ on my Christmas list.

One French martini down, I decided to try a bit of clothes shopping. You always look amazing in EVERYTHING after a martini right? I had a couple of Christmas parties coming up, so I focused on sparkles. I started in New Look and tried on a whole load of age-inappropriate lace based crop tops, and looked FANTASTIC in them all, if I do say so myself.

Debenhams is a great place to use your One4All gift card as there are so many brands within Debenhams – it opens your choice right up. I picked up a beautiful silver dress in the Coast concession, which only looked a teeny bit like I was a turkey wrapped in tinfoil once I’d sobered up.

(I’d put a picture in here but the only mirror I really have in the house is on the bathroom cabinet and you have to balance on the side of the bath to see anything below your shoulders. I’m not going to risk that as it made an ominous cracking noise last time. Use your imagination.)

Final stop before home was WH Smiths. This is a habit I’ve picked up from my sister and her friend Ruth. Whenever I’ve been shopping with them (pre them both having children) they’ve always stopped in WH Smiths on the way home and bought celebrity magazines to read when they got back. It’s a way of extending the day out fun times into the evening.

I would never normally buy these magazines, mainly as I don’t know any of the people in them. For some reason though I always buy Heat Magazine if I’m going on a plane, so it brought a bit of a holiday vibe to proceedings.

(Also, it was a bit weird, as there was a double page spread about Rochelle Humes in Heat, and I was actually with her when they took the main picture – imagine me sat a couple of feet to her right.)

Of course the evening relaxing was helped by the fact that I had previously used my One4All gift card to order a teeny tiny case of wine online from Laithwaites. Laithwaites are another recent addition to the mix of One4All retailers and they are definitely worth a look – I can definitely recommend the Chase Elderflower Liqueur.

Now that’s the kind of level of forward planning that I would NOT have had as a teenager.

Have I sold the idea of the One4All gift card to you? What would you spend yours on? 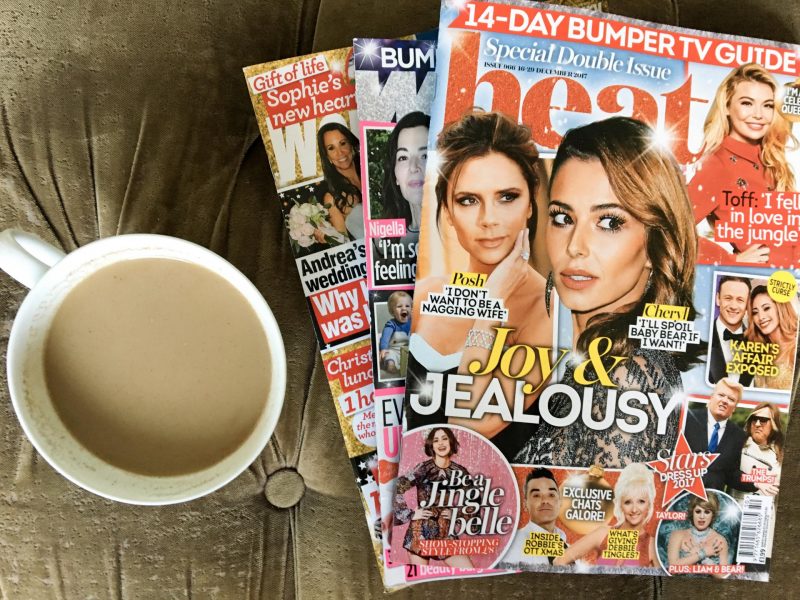