Not content with reducing my fiancé to a gibbering wreck by introducing him to One Born Every Minute, we also made him watch Beauty and the Beast this week. He prefers films and TV programmes which are ‘happy all the way through’, and finds the scary scenes in Disney films a little too much. We took care of him though, and distracted him with cocktail sausages, and all was well. 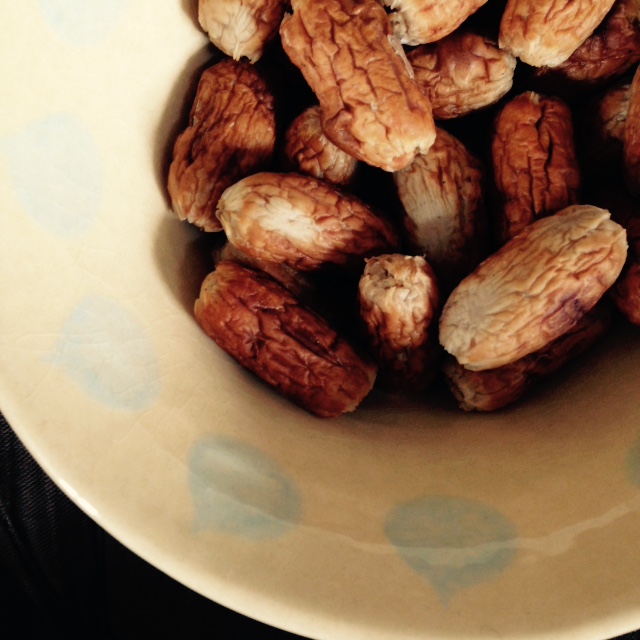 The party was a bit of a belated birthday party for Belle, who turned 13 while we were on holiday, and seriously, with a name like Belle I could hardly go with a Pocahontas theme could I? We’d done some thinking about a Beauty and the Beast themed party already, and Sky Movies very kindly sent us a big box full of Princess swag, so we were set.

We live in a pretty small flat, so a extravagant shindig wasn’t really feasible, but we invited a selection of carefully chosen chums and embraced the ‘quality not quantity’ ethos. I was to busy/lazy to quite get around to decorating the house before the guests arrived, so I cleverly made that into a feature, and they did their own decorations while they watched the film, giving the whole room an air of Sleeping Beauty bustling around, with squirrels delicately placing streamers and what not. 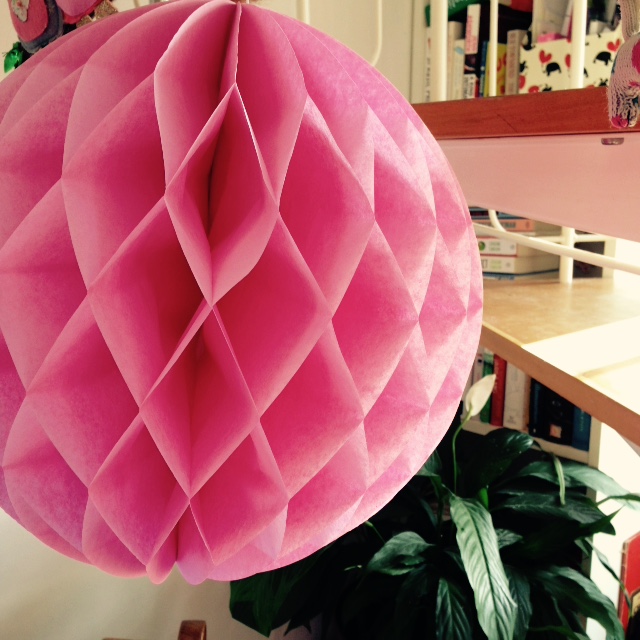 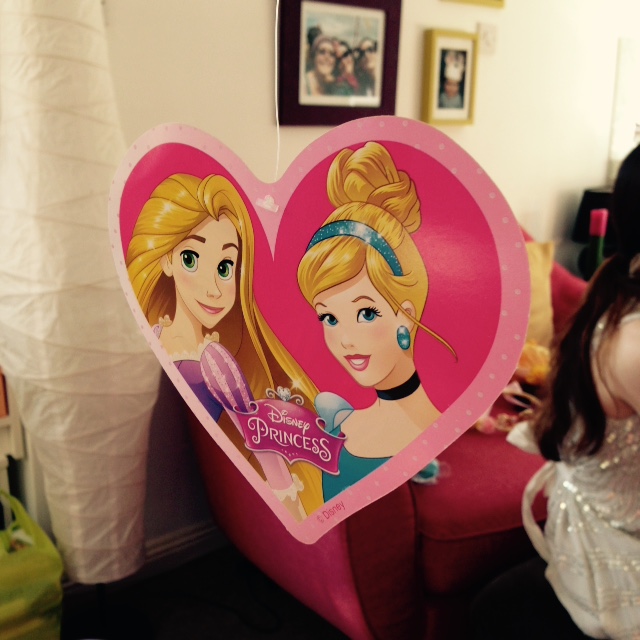 They actually really enjoyed the decorating, and set out the picnic themselves as well – if you have older children I can definitely recommend turning decorating into a party game. They did insist on sprinkling confetti everywhere, but hey, that’s what a Dyson’s for isn’t it?

I did manage to prepare a pass the parcel, with the prize of a popcorn maker, as what film party is complete without popcorn? I really love that even though Belle is 13, she still loves doing things like pass the parcel. It feels like there is a lot of pressure nowadays on children to be ‘grown up’ in their tastes, and I think it’s important that kids, even big ones, are given the chance to enjoy things like party games. (Although she did have a bit of a sulk when I told her that the host wasn’t allowed to win.) 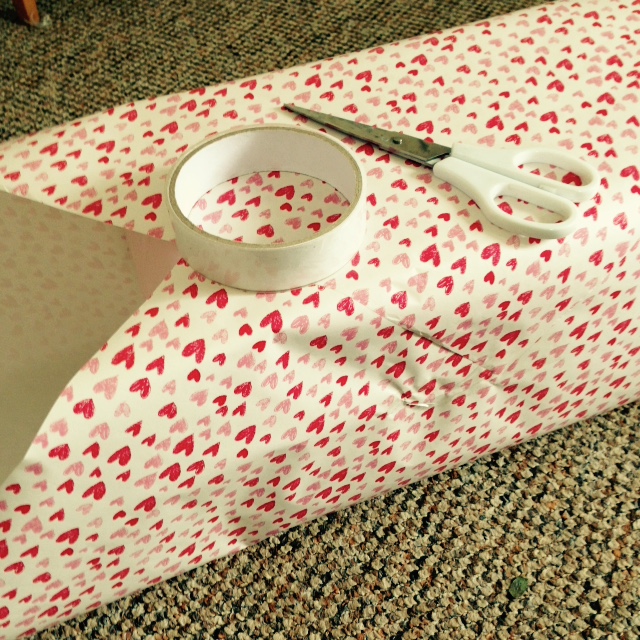 Sky Movies had done a brilliant job choosing party paraphernalia for us, so we had lots of decorations as well as princess plates, cups and napkins. Disposable crockery is an absolute must for me for a kids’ party, and makes clearing up an absolute dream – once everyone had gone home we simply picked up the table cloth from the corners and popped the whole lot in the bin. 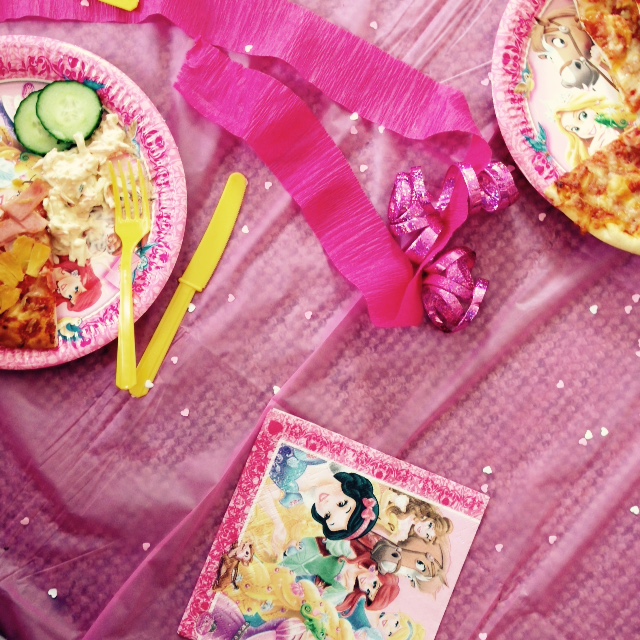 The film itself was the perfect backdrop to the party – some of the time the children were more active, decorating and playing games, and other times they were more engrossed in the movie, sat quietly, munching on their mini scotch eggs. The Beast even sat nicely all the way through, and didn’t lose his temper once. All in all it was a very lovely couple of hours and, being the day after our return from Ireland, the perfect antidote to the post holiday blues.

If you like the idea of a movie themed party, you still have a few days left to enter my competition to win a NOW TV Box and 3 month Sky Movie pass – enter now! 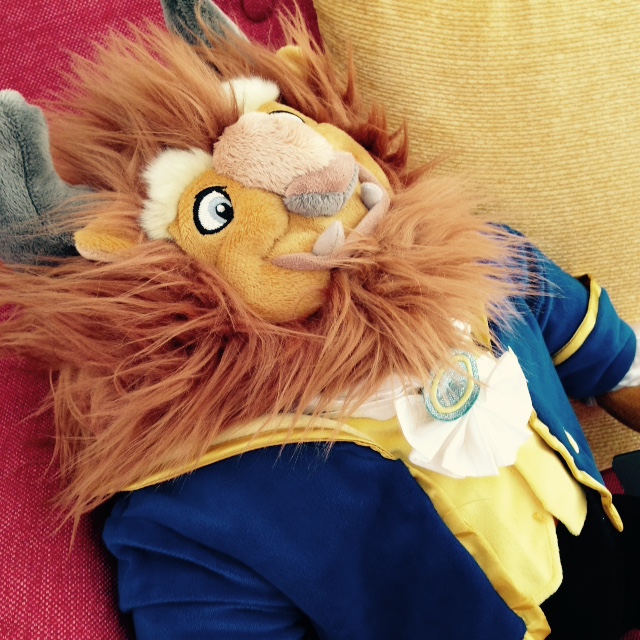 Produced in association with Sky Movies.