At the end of January I took a trip. It was a very exciting trip, a trip in which I got to fly to New York, wander around Central Park in the snow, ride the wooden escalators in Macy’s and, (she mentions oh so casually), interview some of the cast of the new SpongeBob movie, including the one and only Antonio Banderas. It was a little Bridget Jones-esque, as I wasn’t totally prepared for what that would involve, but more on that when I publish my interviews over the coming week.

(Sign up to email updates using that little box on the right hand side if you don’t want to miss them!)

Part of the trip then, before I did my celeb interview bit, was getting to watch the film. Here I must take a minute and admit that despite being told, by grown-ups, that the first film was actually very funny, I hadn’t seen it. I downloaded it to watch on the plane on the way over, and said grown-ups were right, it did have a good splash of adult humour. One of my peeves as a parent is having to sit through kids’ films that are made purely for kids – who do these film producers think pays for the tickets after all?

So there I am, popcorn in hand, in a cinema in the middle of New York, feeling that heady mixture of excitement and jet lag, waiting for the film, (or perhaps I should say ‘movie’ as I am in the US?), to begin.

To get you in the mood, here’s the trailer:

As you can see, the second SpongeBob film combines animation and live action and features pretty much every film ingredient going. If the second SpongeBob film were a famously addictive Krabbie Pattie, the secret to the recipe would be that it included everything – a hairy pirate with a secret passion for cookery, an underwater army of zombies, a veritable rainbow of colour and sound and, of course, a splash of time travel. There’s even a moral – it’s all about the team work kids!

It was possibly the jet lag, but I did find the pace a little manic in parts and the plot hard to follow. I suspect though that this may be completely the point. As the Austin Chronicle so rightly said, “it’s tough to hold a lack of narrative ambition against any ’toon so eager to lob bit after bit of psychedelic surrealism at its audience.”

And lob it they did. As a 35 year old woman, I’m not sure I’m exactly the film’s target audience, but even I, especially after meeting the people involved, was impressed by the clear passion and enthusiasm that has gone into it. Since the adorably hyperactive SpongeBob first appeared on Nickelodeon back in 1999, his sense of fun, boundless energy and good heart have made him a firm favourite with adults and kids alike. This second film is sure to keep up this tradition. 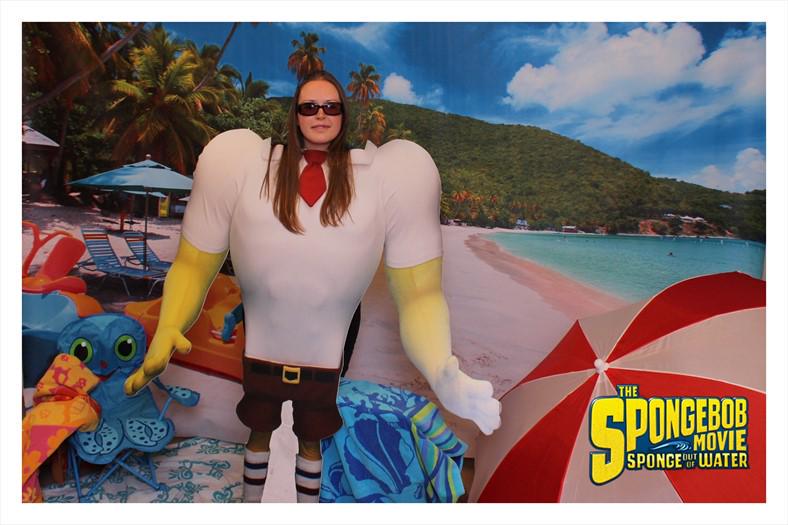 I flew to New York with Paramount for the purposes of this review. All opinions are my own.