Today’s Untold Stories post was sent as a response to some questions I posed for this post asking ‘how important is sex in a long term relationship‘, but there are some key things within it that made me want to share it as a standalone. Questions it raised for me personally were things like ‘how much is sex tied up in my self-worth and why?’ and ‘to what extent do I want to feel desired to make me feel powerful or in control?’ When I thought about it, I haven’t ever been in a relationship where I’ve not felt sexually desired 99% of the time and I think if I’m honest with myself I would really struggle with feeling secure and loved without that.

It’s very much tied in to what I have been reading and thinking a lot about lately – the concept of the male gaze and, as a woman, your role being to be SEEN rather than to just BE. I would say that I have used sex a lot, especially when I was younger, as a way to get attention and to feel noticed or important, and although I am understanding more and more where this comes from, it’s a very difficult habit to break – to separate your worth as a woman from your sexual desirability. Anyway, that’s what this post made me think about. I’d love to know what questions it raised for you, so please do leave a comment. 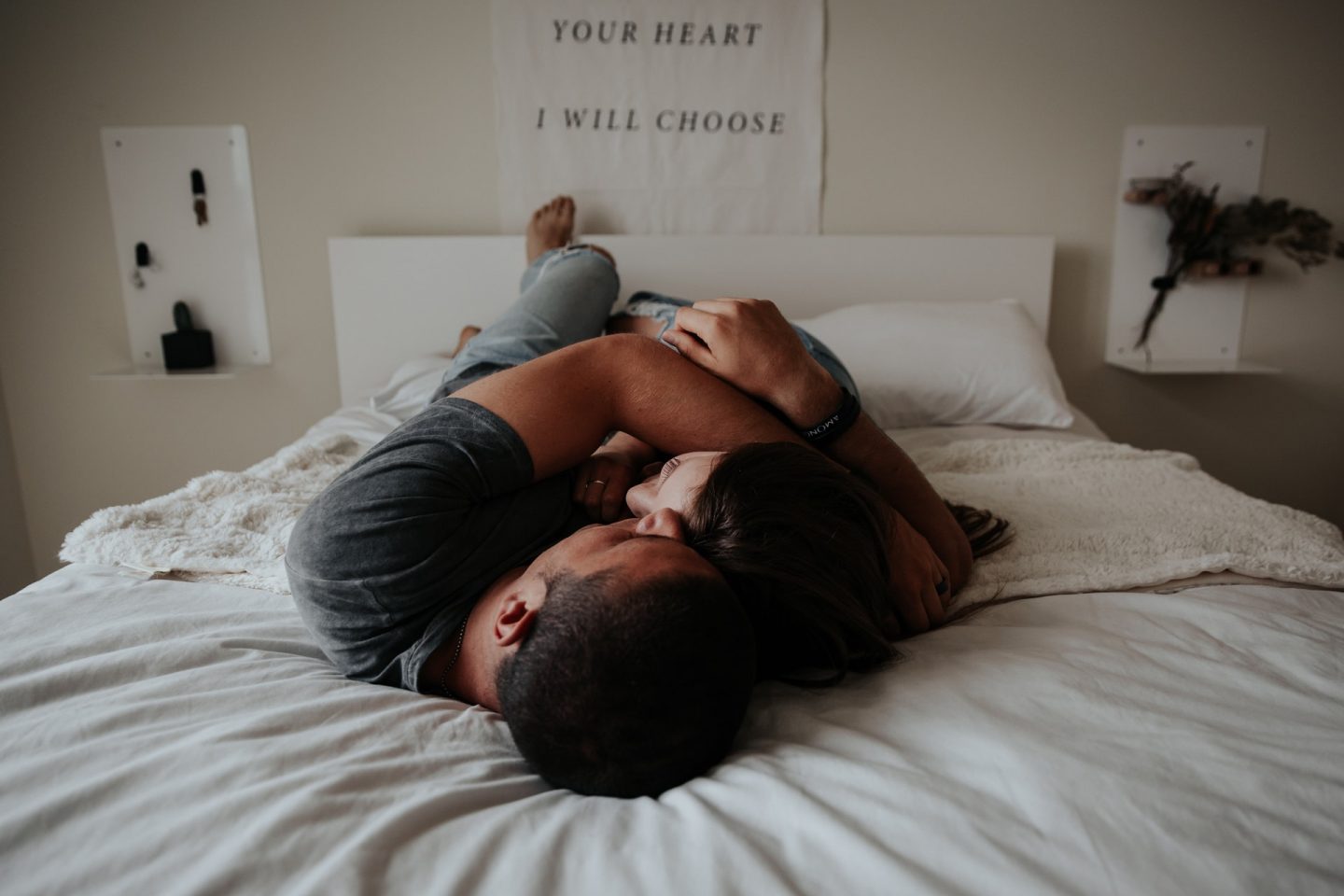 This is actually my longest relationship. I met my husband online and when we got together one of the things that I really liked was how affectionate he was. It wasn’t just sex, it was intimacy. Probably for the first time in my life I felt really loved and accepted.

I was rampant through my pregnancy, I literally couldn’t get enough sex, (thank you hormones), and after baby things picked up after the initial ‘I’ve never known tiredness like this’ phase.

Things started to dwindle on a really steep drop after that. Lots of cuddling and touching but not so much sex. I felt rejected, he felt knackered. I did that love languages quiz to try and understand a bit better.

Unsurprisingly my love language is touch and words of affirmation, his are acts of service and quality time. We had the conversation – ‘this is when I feel loved, I love it when you do this’ – but there was no change.

We seem to be on a three month roundabout with our row about sex. We are tired, we have three kids, we are in the middle of a global pandemic, so time for intimacy is in short supply but still… we’re now down to once a month. When it happens it’s awesome. In the three weeks it doesn’t we are both knackered and just trying to survive lockdown with our mental health intact.

I often think it’s a case of mismatched sex drives, pandemic, my upbringing and previous relationships and the insecurities and baggage they have left me with. Plus the fact that we’ve been together six years now. Is sex ever as thrilling as that first year?

My husband will say there is nothing wrong with our relationship and that we are solid as a rock. He says he’s happy. I wonder if I’m unreasonable.

I worry about lots of things – is he going off me? Has he got someone else? Have we drifted apart? Then we have a big row, I feel somewhat reassured and we start all over again. I read a post recently online – a woman thinks her husband is cheating because his farts smell different. She thinks he’s been out with another woman eating Thai food. My first thought was ‘that’s hilarious’, but then I felt sad because she must feel really insecure to be scrutinising things at that level of detail.

The funny thing is if my husband actually wanted sex everyday I don’t think I would. I would feel desired and wanted but I don’t think I’d be up for it. So maybe the problem isn’t sex, it’s about feeling wanted and desired. I know he loves me, he dotes on me, but after three babies I feel like my body is a bit redundant.

A lot of my self worth is tied up with sex. I was abused as a teenager so I was trained to believe that my intrinsic value was in the pleasure I could give others. After years and years of counselling I am so much better but that belief feels as part of me as my fingerprints.

If you’d like to write something for Untold Stories, about anything at all, please get in touch.