I had a boyfriend once who used the phrase ‘a waste’ to describe the times when we saw each other and didn’t have sex.

It was a sunny afternoon when he said it. We’d just been for a walk along the beach and were sat on the grass with coffee and ice creams. I was lying with my head on his thigh, watching the clouds, the sun warm on my face. His comment ruined the vibe to be honest.

We weren’t living together and we both had other things in our lives, like work and families and friends, so sometimes we might spend the night together, sometimes I’d go to his house during the day, other times we’d go on what I thought were lovely outings – an opportunity to spend some time together and do nice things like lie on the grass and eat ice creams.

He tried to justify it, and talked about ’emotional connection’ and other things that to me felt like him just digging a bigger hole. It stuck with me. It hurt if I’m honest. Was that what it came down to for him? Was simply spending time with me not enough? If we stayed together would I always feel the pressure to perform, even years down the line?

When I talk to friends about their sex lives, the message is, as you might expect, mixed.

Some friends barely do it at all but claim to be completely happy with that – they say it’s just not an important part of their relationship anymore. Others might make the effort on birthdays or holidays. A couple of married people I know haven’t had sex in over a decade.

I decided to do some research. (Research being the technical term for ‘nosing about into other people’s sex lives’.)

I started with some Twitter polls. Not exactly SCIENCE, but I thought it would be a good place to start to get an overview of exactly how important sex is to people in a long term relationship. I appreciate that it’s a bit of a self-selecting survey, and the people doing it once a year might not be the most willing to take part, but hey ho.

Here’s what I found:

The main thing I take from this is that my initial speculation is correct – there’s not actually one way of doing things that dominates. Yes, there are a healthy proportion of people in long term relationships who’ve had sex within the last week, but there are also a significant minority who haven’t done it for over a year. Sure, 44% of people said sex in a long term relationship is absolutely essential, but that leaves 56% who don’t think it is.

You see what I mean? The findings weren’t exactly edge of your seat SHOCKING.

I decided to get qualitative instead and just ask people to tell me about their sex lives. They were surprisingly forthcoming.

Tina has been with her husband for 27 years, since she was 14 years old. They have only ever been with each other, but from speaking the Tina it’s obvious that they have an amazing relationship based on complete trust. It may also help that neither of them have ever had another partner.

‘We might both be rubbish at sex,’ admits Tina, ‘but we have nothing to compare it to and it’s worked for us for 27 years! We can have comfortable sex or mad passionate sex depending on how we feel and still both feel satisfied, and we can go literally months without having sex and then have it loads in one week.

‘We trust each other with our lives and know how far we are both willing to go. Sometimes I worry hubby will get bored with me, although he assures me he still finds me sexy and I do send the occasional photo to him when he’s out and about!

‘I had never even looked at another man in a passionate way until menopause hit and then BAM, literally any man with a pulse made me tingle. I would never be unfaithful but sometimes having flirty chats with the opposite sex does wonders for your confidence and therefore generally turns in to a night of great sex for me and hubby – possibly because I feel that someone else finds me sexy as well.’

Doesn’t that sound lovely? I really felt warmed by Tina’s story. It feels like their relationship has that wonderful balance of trust and security alongside passion and connection, even after all these years. It’s the kind of relationship I would want for myself when I grow up. (If anyone knows when that’s likely please leave a comment.)

Emily, who blogs at Pop Goes Perfection, has had a rather different experience, and is an example of how external factors can put pressure on relationships.

‘Having been in a marriage where failure to conceive before eventually turning to IVF completely killed our sex life,’ says Emily, ‘I am a firm believer that a fulfilling sex life is hugely important in a relationship. Of course there are ebbs and flows, and for sleep deprived parents of young children it often takes a back seat.’

It’s absolutely true that the sleep deprivation that comes with babies can have an impact on your sex life, but I don’t think it necessarily stops when your kids get older. It can be very difficult if you’re going into a new relationship, she says, speaking from experience, to bring the idea of sex with someone new into a house with older children. Having sex quietly with your long term partner with young kids oblivious in the next room is one thing, doing it with someone new when your very UNoblivious teenagers are just the other side of the wall is quite another.

There’s also the danger in long term relationship that your form bad habits when kids come along, and that sex slips permanently down the list.

‘In our case I just assumed it would pick up again in time,’ says Emily, ‘but of course that doesn’t happen without both parties putting in the effort and eventually we were having sex maybe once every couple of months. If the passion doesn’t return then it can be very easy to stop seeing the other person as anything other than your fellow parent – not an ideal situation.

‘My new partner and I are both parents to young kids but equally, through our own past experiences, we both understand the importance of making time for all aspects of our relationship – including sex, which probably happens three or four times a week on average. Listening to my married friends talk in quite negative terms about their sex lives only makes me more determined to ensure it stays that way!’

I was interested to know too what part age plays in sex in a long term relationship. Apart from eight years in my 20s, which included a pregnancy and birth, I don’t feel like I’ve been a relationship long enough to really feel like my partner will have gone through an aging process with me and I wonder how this plays out for others. If you let yourself think about it, getting naked in front of someone new for the first time in your 40s can certainly be a little daunting – does being with someone for a long time make you feel more comfortable as you age?

‘I’m 46,’ Helen told me via Instagram message, (where all the BEST conversations happen), ‘and things are looking more jowly around here and we’ve both put on weight over lockdown. It’s not exactly a beautiful sight and the sounds of our tummies slapping together can be distracting! (Thinking about whether to start the cabbage soup diet during sex is really a passion killer). I also feel much less good about going on top after seeing my face looming over my iPad on a Zoom call. This is total vanity but age can play a huge part in libido because you’re coming to terms with the fact that your face may now permanently resemble Bernard Mannings’ bottom for at least six hours after you wake up.

Helen appreciates the flip side of this too though. ‘Being in a stable, kind, long-term relationship can make you feel very confident, that you are loved anyway and to hell with it. I do make an effort to comment on my partner’s looks or what he’s wearing in a positive way, I will make the effort to kiss him or hug him, tell him he’s hot or clever etc. Sex is an extension of this I think, so the word effort is important. I think sex is essential to maintain a long term relationship. It shouldn’t be something you feel you HAVE to do but it should perhaps be something you make time for. It makes you both feel good physically and emotionally, it just isn’t the same performance I first gave!’

What I found most interesting about these stories was that no one came forward telling me that sex wasn’t important to them anymore, or that they were happy not having sex in their relationships. I can understand that it might be harder on an individual level to talk to a stranger about your complete lack of a sex life, but it made me wonder about that 20% who said it was more than a year since they had last had sex with their partner. Was I just hearing stories from the people who felt confident about their relationships?

I decided to ask an expert, to see what’s really happening to sex in long terms relationships. I turned to Laura Mucha, author of the brilliant We Need to Talk About Love and all round love guru. Laura has been talking to people all around the world, of all ages, about love for years now, so if anyone was going to have the answers it was Laura.

That’s not terrible reassuring is it? Although I did snigger at the idea of a ‘growth mindset’ in the context of monitoring people’s genitalia, which is very childish of me.

What I did find interesting though was that according to Laura, it’s not just that sex dwindles over the course of a relationship, but that as a nation we are generally just doing it less. The pressure of busy lives perhaps? The curse of social media and smart phones?

‘Decades of research has found that the older you are and the longer you’re in a monogamous relationship, the less sex you’re likely to have.’ explains Laura. ‘In the last wave of the British National Survey of Sexual Attitudes and Lifestyles (which involves more than 45,000 people) the percentage of people who hadn’t had sex in the past month had risen from 23% of women and 26% of men in 2001 to 29% in 2012, whereas the percentage of people who’d had sex 10 times or more in the past month decreased from 21% to 13% of women and from 20% to 14% of men. It doesn’t matter how you measure it, the numbers tell the same story – we’re having less sex as a country. It’s worst for people in the ‘sandwich generation’ who’ve got kids, work and parents who need attention… As Professor Kaye Wellings, the academic behind the research says, “Why would you want to start an energetic activity when all you want to do is sleep?”’

How much of this rings true for you? I’d love to hear your thoughts so please do leave a comment. 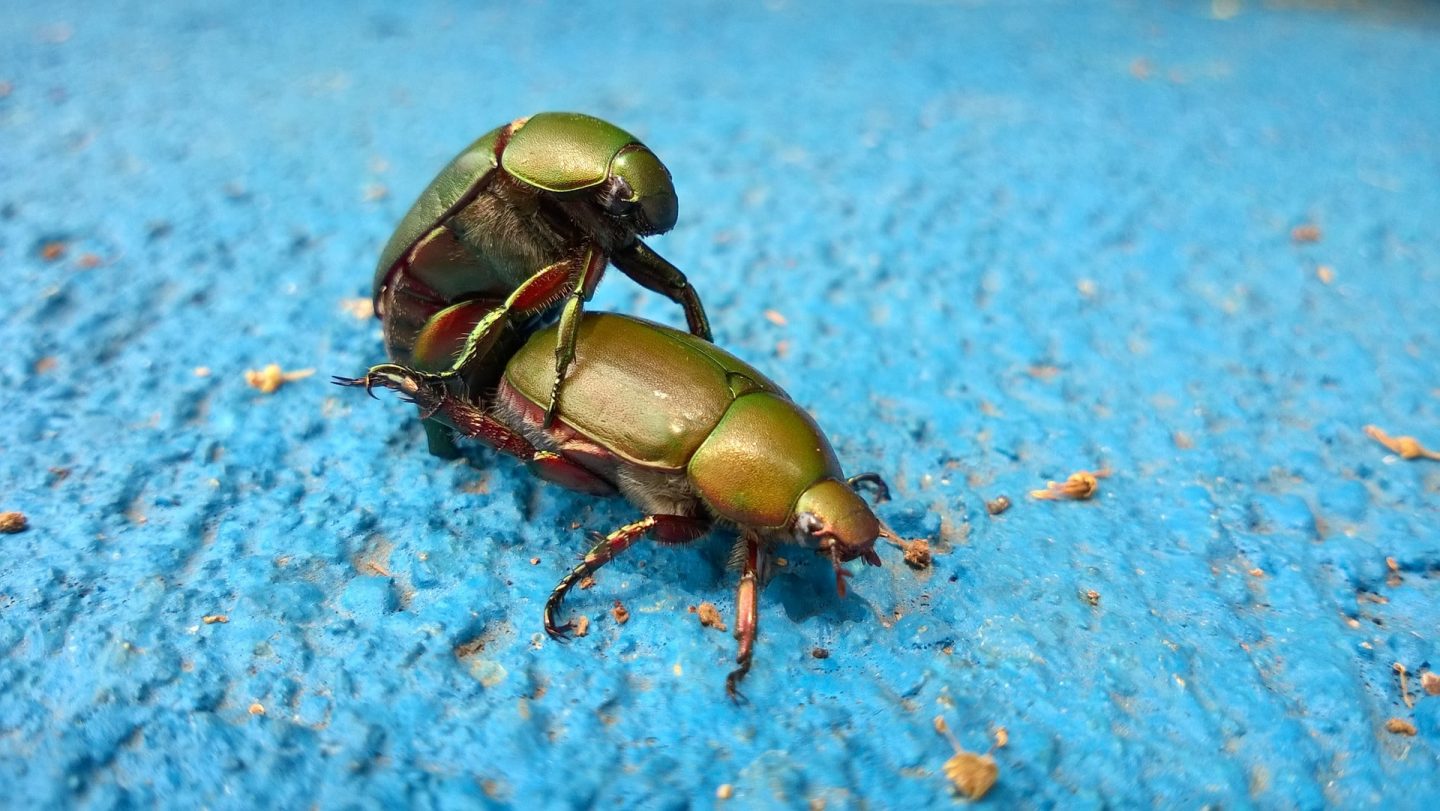 Some names have been changed. Photo by Romi Yusardi on Unsplash