It was sad timing for me that just when I discovered my true life calling – brunch – the world was overtaken by a deadly pandemic and all of the cafes and restaurants shut down. No sooner had I recreated the banana bread at the Kitchen at Jordan’s Courtyard* than the world went mad and even getting hold of a bag of flour became like completing a room in the Aztec Zone on the Crystal Maze.

Just my luck, as Adrian Mole would say.

There’s something about brunch, as a concept, that means it’s just not the same when you make it at home. At home it becomes more of a ‘blimey it’s 11am and I still haven’t had breakfast’ kind of a meal. It’s not decadent like it is when you go out for brunch, it’s more a symptom of an inefficient morning.

I blame a lack of brunch, in part at least, for my emotional decline during lockdown, resulting in a rather embarrassing panic attack in the bin liner aisle of Sainsbury’s last week and a worrying obsession with ticks. I’m losing my grip, and so to reconnect with reality, with my One True Purpose, I decided to go all out today on a homemade brunch. 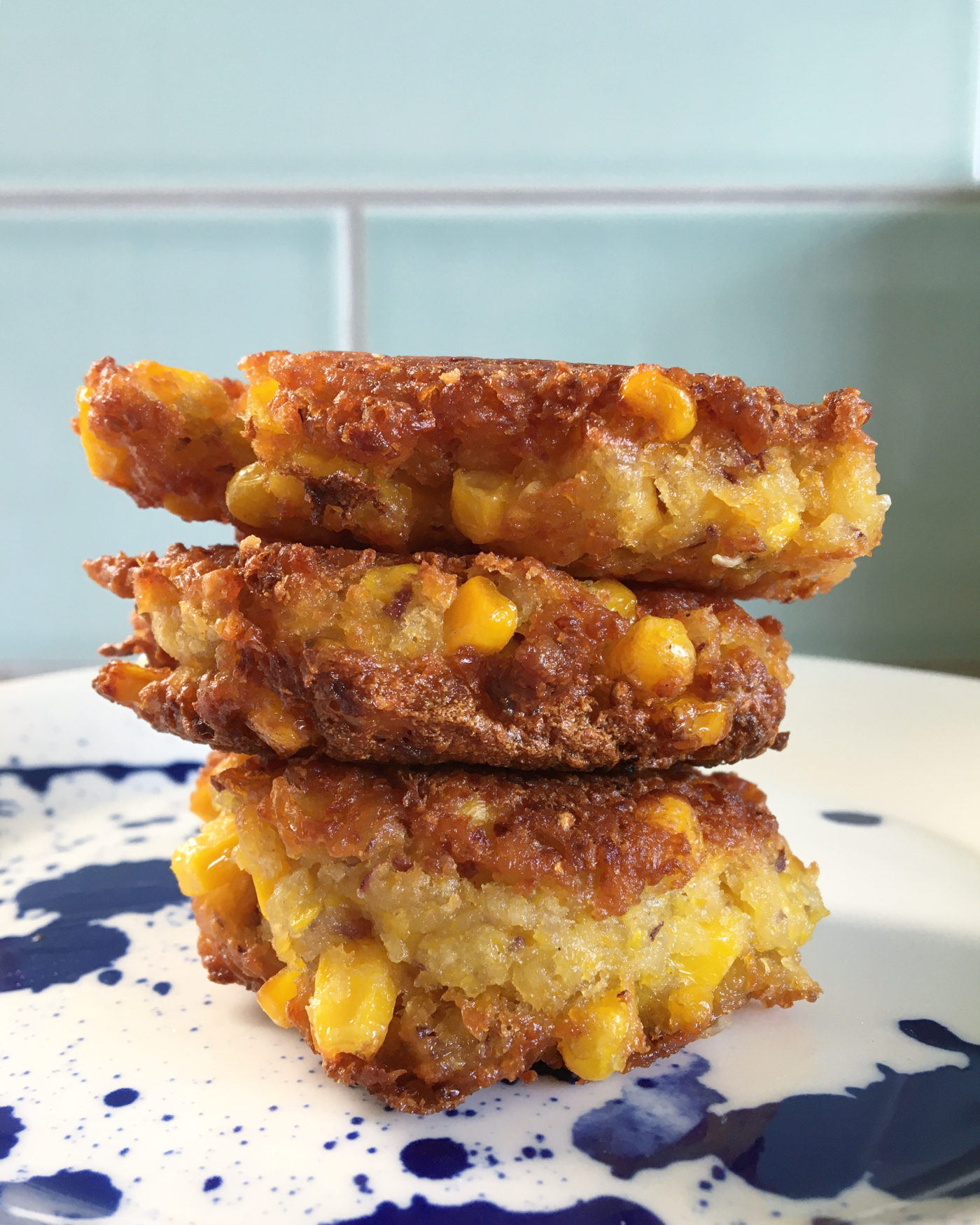 Sweetcorn fritters are one of those brunch items that really take your brunch experience to a whole other level. They make going out for brunch different to just making yourself beans on toast at home late morning. They’re special, indulgent, a brunchy treat like no other. I’d pick one brunch item on a menu over another based purely on the presence of sweetcorn fritters.

Luckily for me, Boston Tea Party has been very aware of the impact of a lack of brunch on a person’s mental health, and has been sharing some of their favourite recipes on their Instagram channel during lockdown, which is where I came upon their sweetcorn fritter recipe. I’m sure they won’t mind be reproducing it here, what with me being an influencer and all. Do go and give them a follow though.

To make Boston Tea Party sweetcorn fritters you will need…

Pop about two thirds of the sweetcorn into a food processor along with the coriander, garlic, onion, lemon or lime juice and ginger. Blitz until it’s a chunky paste. Stir in the remaining sweetcorn, flour, baking powder and seasoning.

Heat about one centimetre of oil in a frying pan until it’s hot and then use two spoons to form small patty shapes of fritter mixture, and drop them into the pan. The oil should be hot enough to sizzle a bit. My mixture made seven fritters, to give you an idea of size. Fry them on a high heat for a few minutes and then turn them and cook for another few minutes. When they’re done they should be a good golden brown colour. 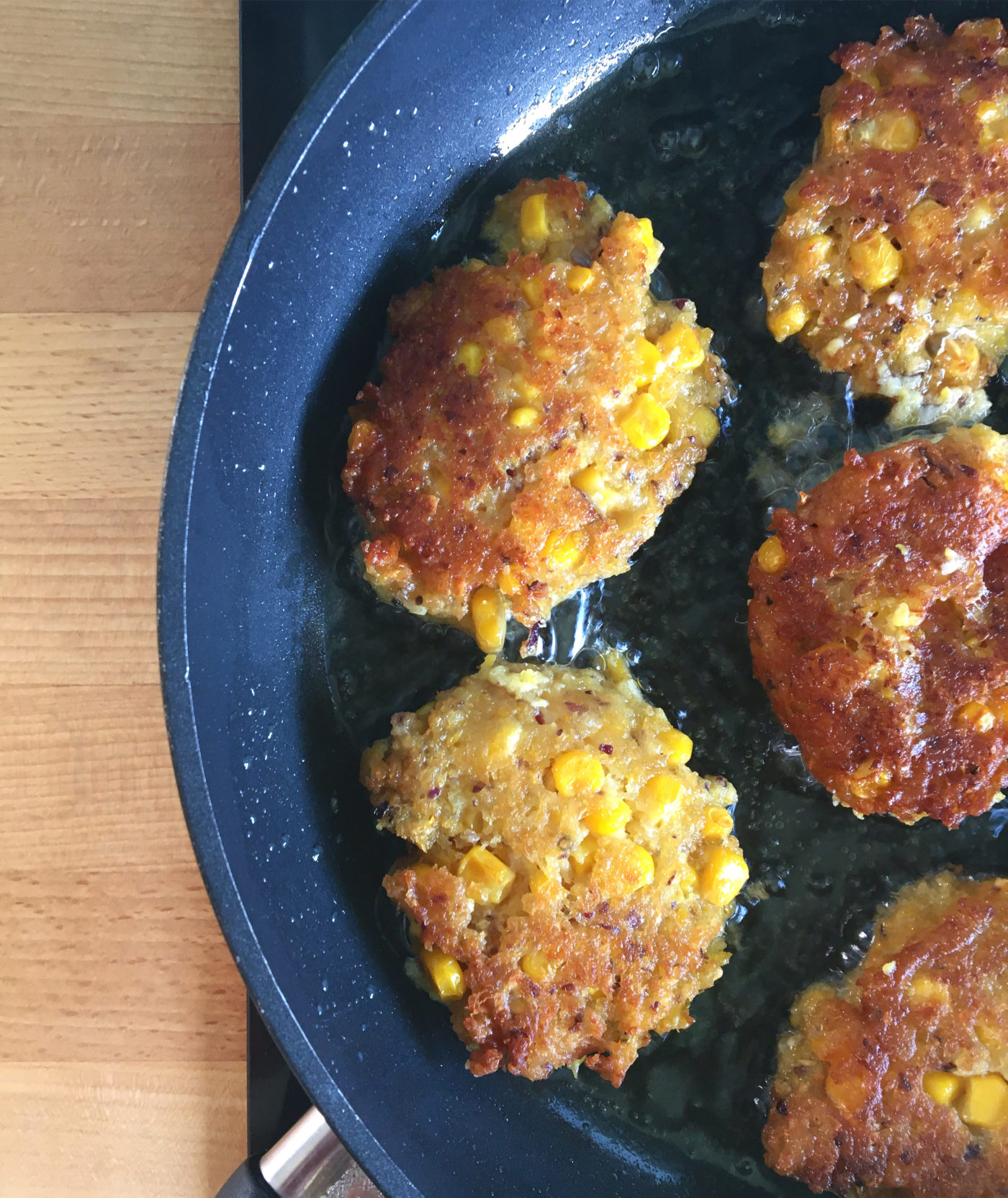 I served mine with some homemade hash browns, (just grated potato with a bit of salt, fried in the fritter fat), and baked beans. I like to cook my baked beans until they are good and mushy. I had a boyfriend once who cooked baked beans so pathetically that sometimes they weren’t even warm all the way through and honestly it was almost reason enough to break up with him. 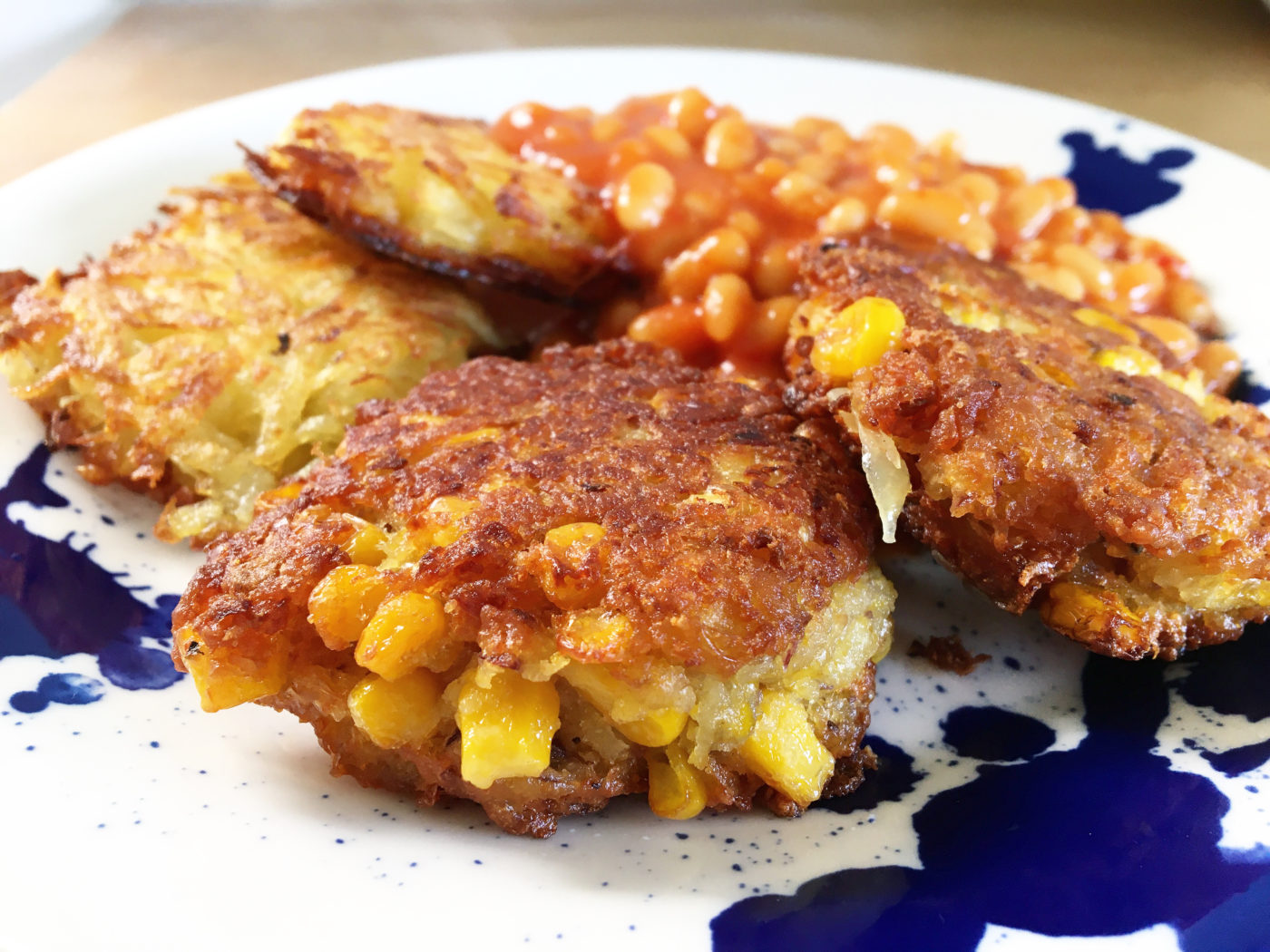 All you have to do then is sort of squint a bit and pretend there are some friendly looking millenials bustling about with cartons of soy milk, and there you are, brunch at Boston Tea Party. For a moment it’s like the world is normal again and choosing bin liners without crying is a simple task.

How have you been managing the brunch situation during lockdown? Leave a comment and let me know.

*I was actually ahead of the curve on the banana bread front. Who knew banana bread would become so symbolic of lockdown?