Every family has a much repeated story about a wasp sting don’t they? Ours is from a family holiday about 15 years ago, probably Devon or Cornwall. It was one morning, mid-holiday and unbeknown to Bee a wasp was ‘resting’ in her trousers, which had been left on the floor. When she put them on the wasp stung her twice on the bottom.

She was not happy.

The rest of the day was spent not, as planned, enjoying a round of crazy golf and a Mr Whippy, but instead sitting about inside our holiday cottage while Bee lay prostrate on the sofa, bottom in the air.

If only Bite Away had been invented then! 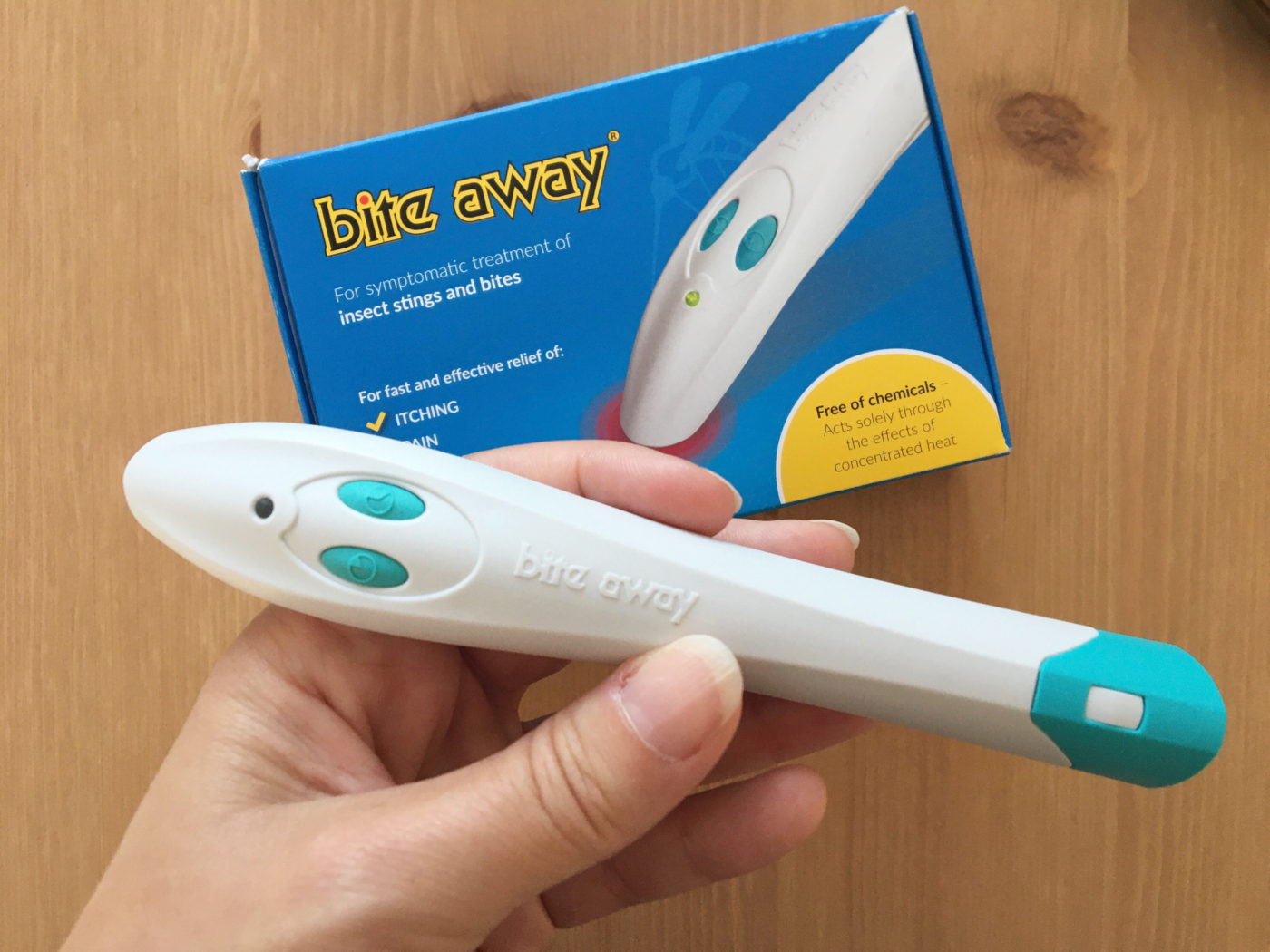 Although at first glance it looks like it might be a high-tech pregnancy test, Bite Away is actually a chemical free heat treatment for insect bites and stings. It works by applying concentrated heat to the affected area – 51 degrees of heat to be exact – for either three or six seconds depending on how sensitive a person/an area it is.

All you have to do is hold the little ceramic plate gently against the sting and press the button for either a short or longer burst of heat. Bite Away heats itself to the correct temperature and switches itself off with a little beep once it’s done. That’s it! 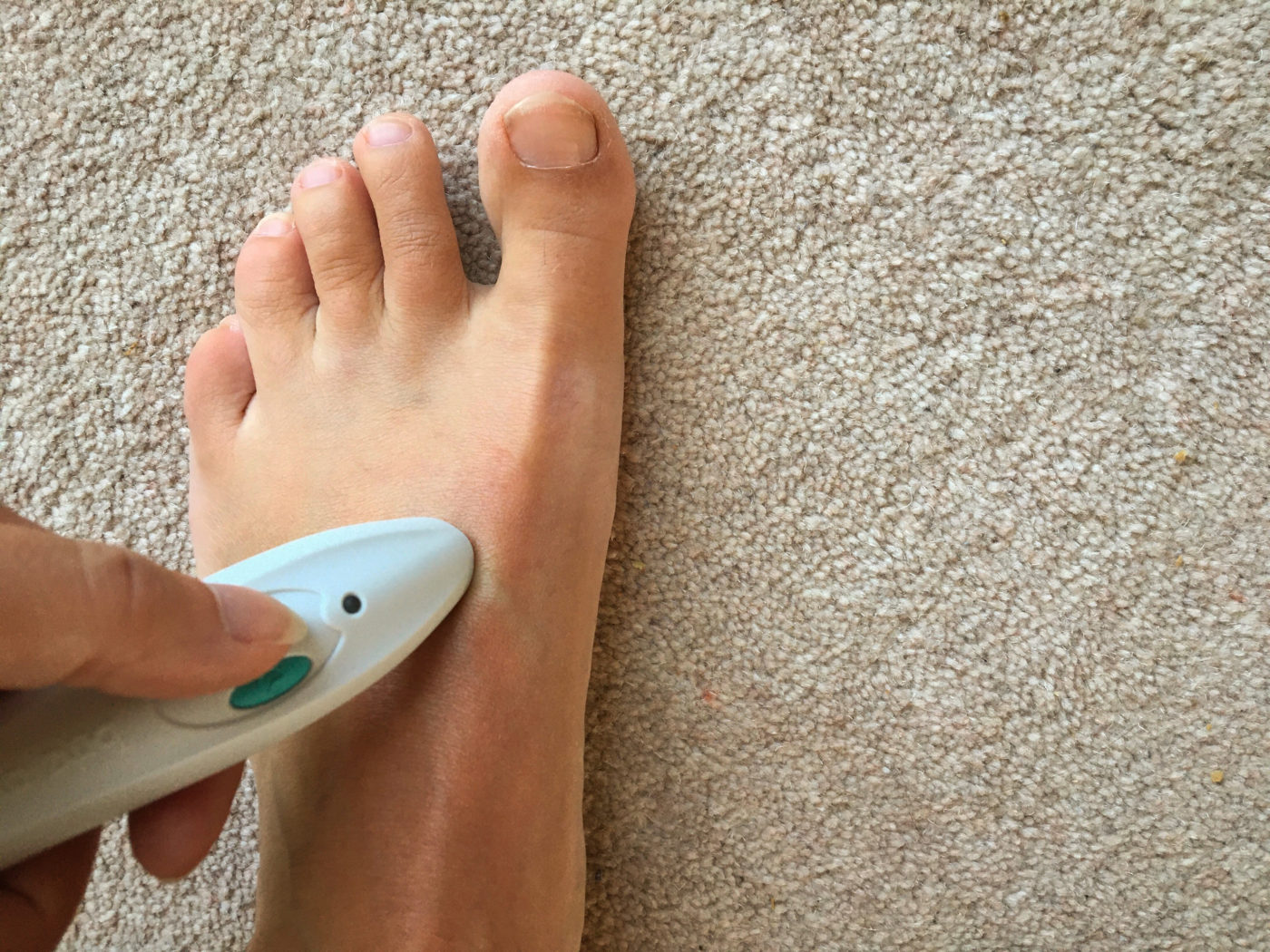 The heat can stop the itching, pain and swelling almost immediately, and works on bites and stings from mosquitoes, wasps, bees, horseflies, hornets – all kinds of biting insects. You might need to zap the bite a few times, (leave a couple of minutes between applications and don’t use more than five times in a hour), but then the relief can last for hours.

Because it doesn’t use any kind of chemicals, just heat, it’s suitable for everyone, whether it’s pregnant women, young children or people with allergies who usually avoid antihistamines. It’s dermatologically tested and totally fine to be shared by different people too, so just pop it in your bag when you’re out for the day or on holiday and keep the whole family happy. 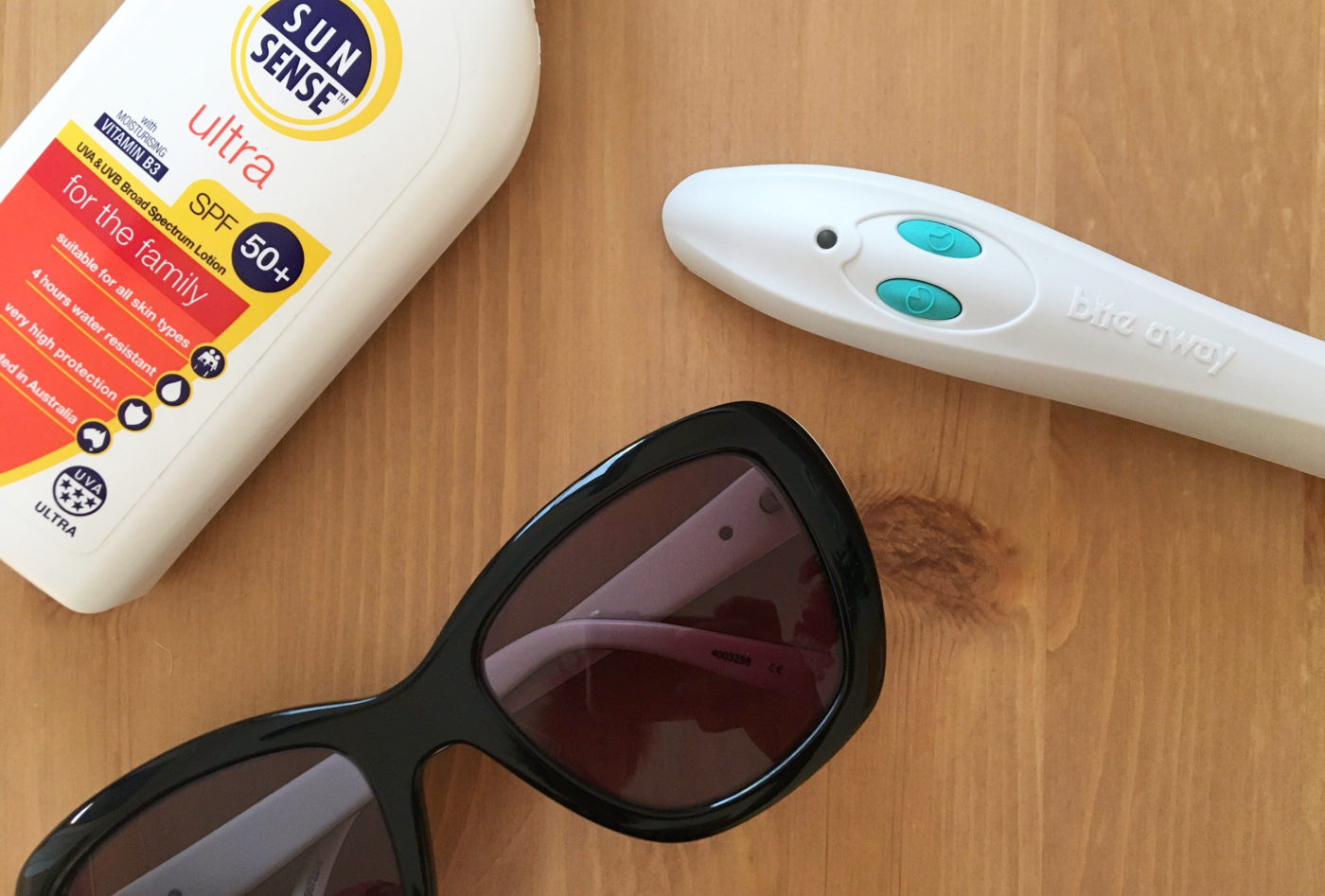 Remember too that it doesn’t have a sell by date like creams and patches either, so once you’ve bought it, your only ongoing cost is replacing a couple of batteries every few hundred applications. Use rechargeable batteries to make it even lower cost and less waste.

I know it sounds like it’s a bit too good to be true, but reading through the Amazon reviews it really does seem to make a huge difference to a lot of people. Although I haven’t had a bite yet to be able to test it personally, I have been using a device called HERPOtherm, that uses a similar heat technology to stop cold sores, and that has been brilliant.

A few weeks ago I had that ominous tingle on my top lip, zapped it a few times over an hour and… TADA! No cold sore! I have to say I’d been a teensy bit sceptical about how well it really could work, but I caught it right at the tingle stage and it completely stopped it in its tracks. If Bite Away works even half as well as this then it’s definitely worth having in your medicine box.

I’ll come back and add an update as soon as I have a bite of my own to test it on, but in the meantime find out more about how Bite Away can offer the whole family quick and chemical free relief from insect bites and stings HERE.