When you close your eyes and think about the best bits of Christmas, what do you see?

It’s probably not the frantic gift buying and wrapping, or the vast amounts of cooking and washing up. Chances are it’s not even the presents. It’s more a feeling isn’t it? The wrapping paper has been squeezed into the recycling, the leftover turkey is in the fridge, and everyone is snuggled up on the sofa. Perhaps there’s a chocolate orange casually placed on your lap, (just in case, because you never know when you might need a chocolate orange), and you’ve just found a film that everyone’s excited to watch.

You take a big happy sigh, a swig of your Baileys, give your kids a squeeze and everything’s good. That’s the kind of feeling that I get when I think of Christmas.

You can’t buy those kind of moments though can you? You can’t give someone the gift of a snuggly evening on the sofa.

(That was me making a dramatic noise.)

You can make a jolly good start at it by getting the family one of these family movie advent calendars from Sony Pictures Home Entertainment: 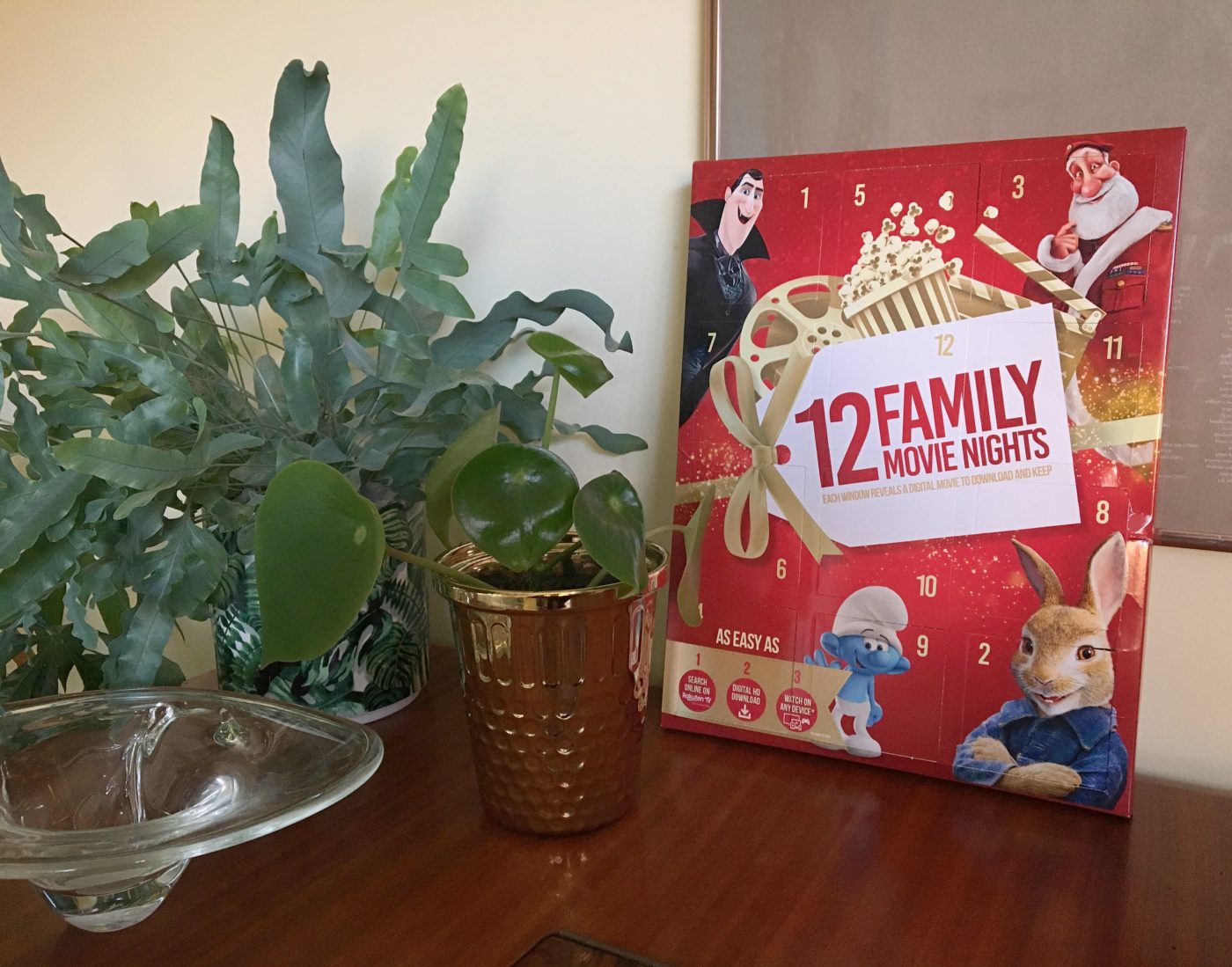 Now I know the world has gone a bit mad for advent calendars over the last few years – pork scratchings has to be the worst thing I seen so far – but this is a good one. This digital movie advent calendar has 12 doors and behind each door is a ticket to see a cracking family film. Simply use the download code on the back and watch on any device – Smart TV, tablet, laptop or mobile. Every film is then yours to keep.

Some of the films are Christmas classics, like Arthur Christmas, and some are all year round family favourites like Peter Rabbit or Jumanji. I’m not going to tell you all of them because that would be spoiling the surprise wouldn’t it? 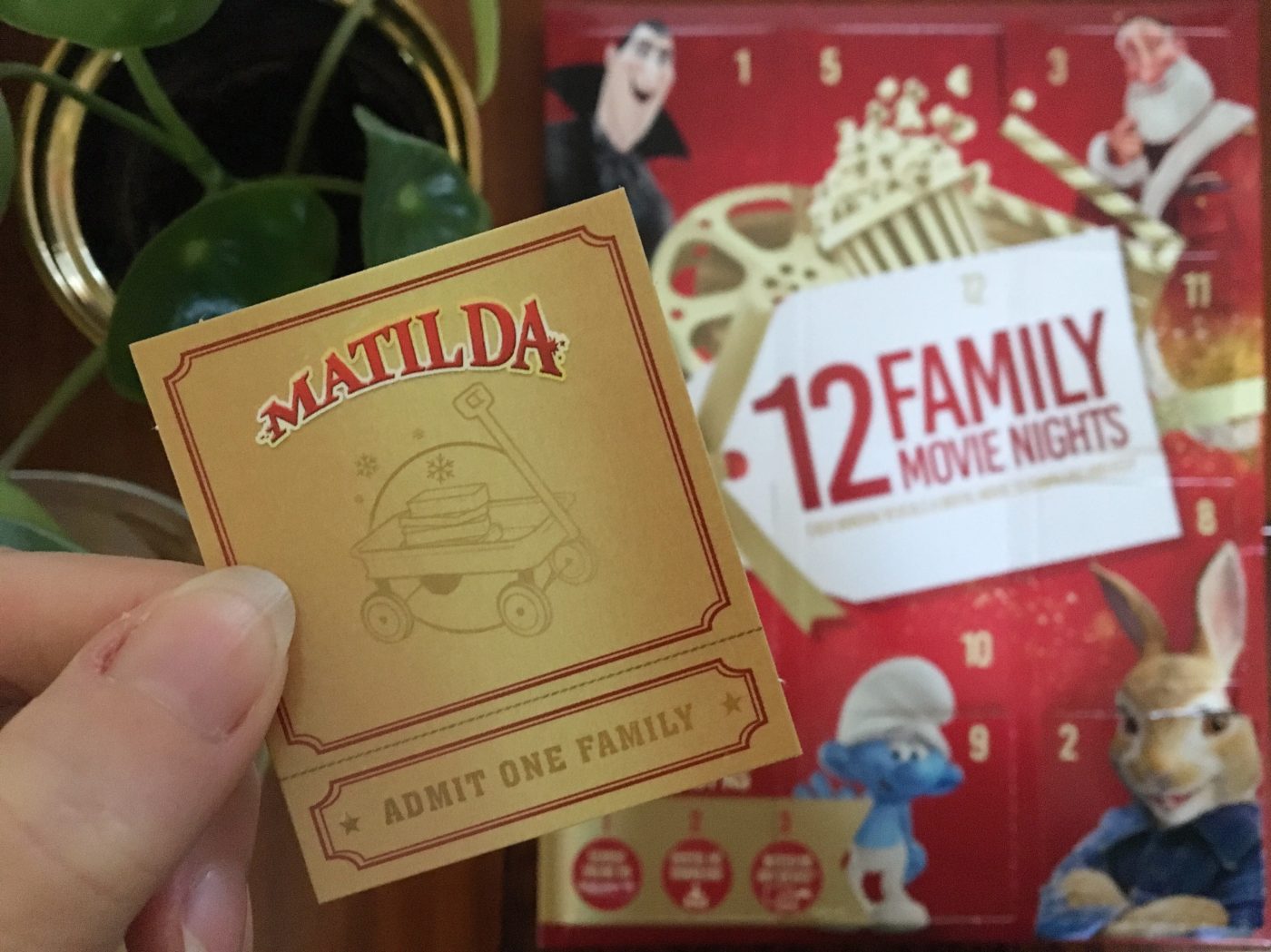 If you were to buy these films individually they’d set you back over £80, but the calendar costs just £25 from Tesco, Argos, WHSmiths or Zoom.co.uk.

Imagine it now – your kids open up the door on the calendar and rather than having to listen to the squabbling over who gets the iffy chocolate bauble, you get a couple of hours of peace and quiet while they watch a film!

One thing I love about the family movie night advent calendar is that it’s low on waste. As much as you might like make-up, do you really want 24 little bits of plastic packaged tat during December? No, you don’t. Same with tea advent calendars – how many of those teas actually get drunk and how many get shoved to the back of the cup cupboard? Once you’ve used the movie download codes on this  advent calendar though you just pop the card in the recycling, job done.

I also like the versatility of this digital movie calendar. You could use it as a traditional advent calendar, marking the days in the run up to Christmas, or, because that time of the year can get pretty busy and the kids are still at school, you could choose to give it as a gift when the schools break up, or as a present on Christmas day itself. You could then open a window every day until the schools go back, giving everyone something to do once all the craft fairs and carol concerts are over.

However you choose to use it, I’m sure this family movie bundle will go a long way to creating those special family Christmas moments. Shop online at Zoom.co.uk or pop into Argos, WHSmiths or Tesco to pick yours up, and don’t forget the chocolate orange.