I was reading something in The Guardian this week about a new concept called ‘refridgerdating’. It’s basically a ridiculous gimmick being used by Samsung to flog their smart fridges, where you get paired with potential lovers based on a shared love of halloumi, a lactose intolerance, or an obsession with Chinese cabbage.

The fridge has a browse at your shelves, notices that both you AND Arthur from the next town seem to buy a particular brand of beer every single week, and sends you out for dinner together and to have babies and live happily ever after. Something like that.

I can actually see some sense in it. Not in a ‘your fridge makes a match for you’ way, but in the sense that perhaps a peek into someone’s fridge could actually tell you a lot more about them than a Tinder profile. If anyone read my ‘what weird crap is in your freezer?‘ post for example, and saw that I had three different kinds of chips, they may well make some judgements about me that would be more useful than reading that I ‘love sushi and French martinis.’

In case you’ve never used Tinder, or other, similar apps, it’s TOUGH, because essentially 95% of people’s profile pictures look the same. For men, they normally fall into one of the following categories:

If you could cut through all this crap and get a look in someone’s fridge instead, now THAT would be revealing wouldn’t it?

To make the point, I’ve taken some pictures of my fridge, right now, me having resisted the urge to rearrange things to make them look neater/take out the mini-pasties.

First up, the door, which is home to some of my collection of ‘ugly fridge magnets from around the world’. I’m imagining several people have turned their lights off already. (‘She’s clearly a weirdo.’) 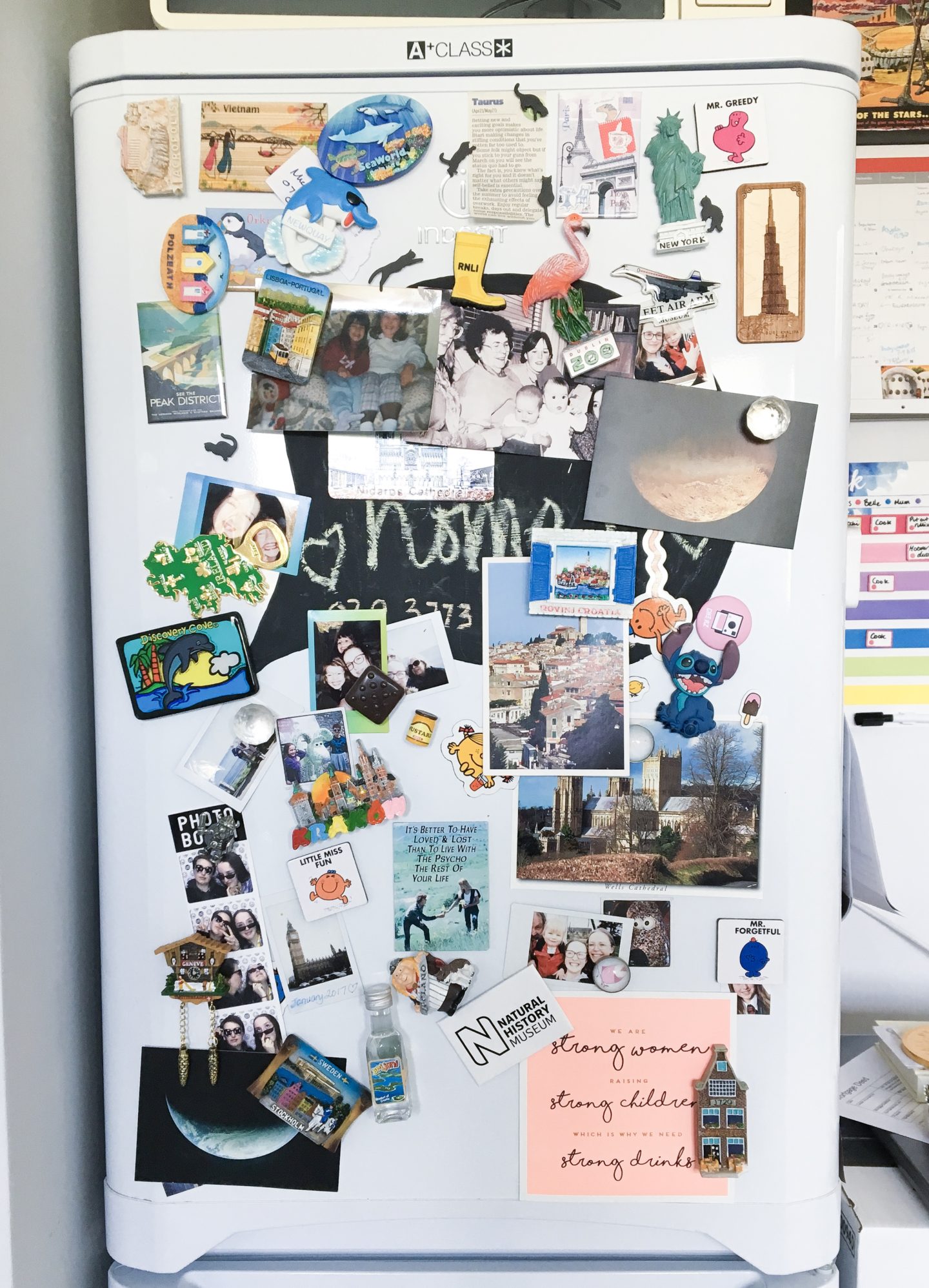 The we go INSIDE.

Now generally I would say that I’m a very tidy person. My house is normally pretty put together, but there are certain areas of weakness. My car is one of them – it’s always been an absolute tip – and of course I have that cupboard in the kitchen with all the plastic tubs that spill out every time you try to open the door.

I also have the fridge.

I’m not sure what happens to it exactly, as when I unpack the shopping it’s all lovely and neat, but then it turns into a kind of fridge Jenga. I take something out – the cheese to make a sandwich maybe – and then rather than put it back where I took it from, I balance in on the top of everything else. 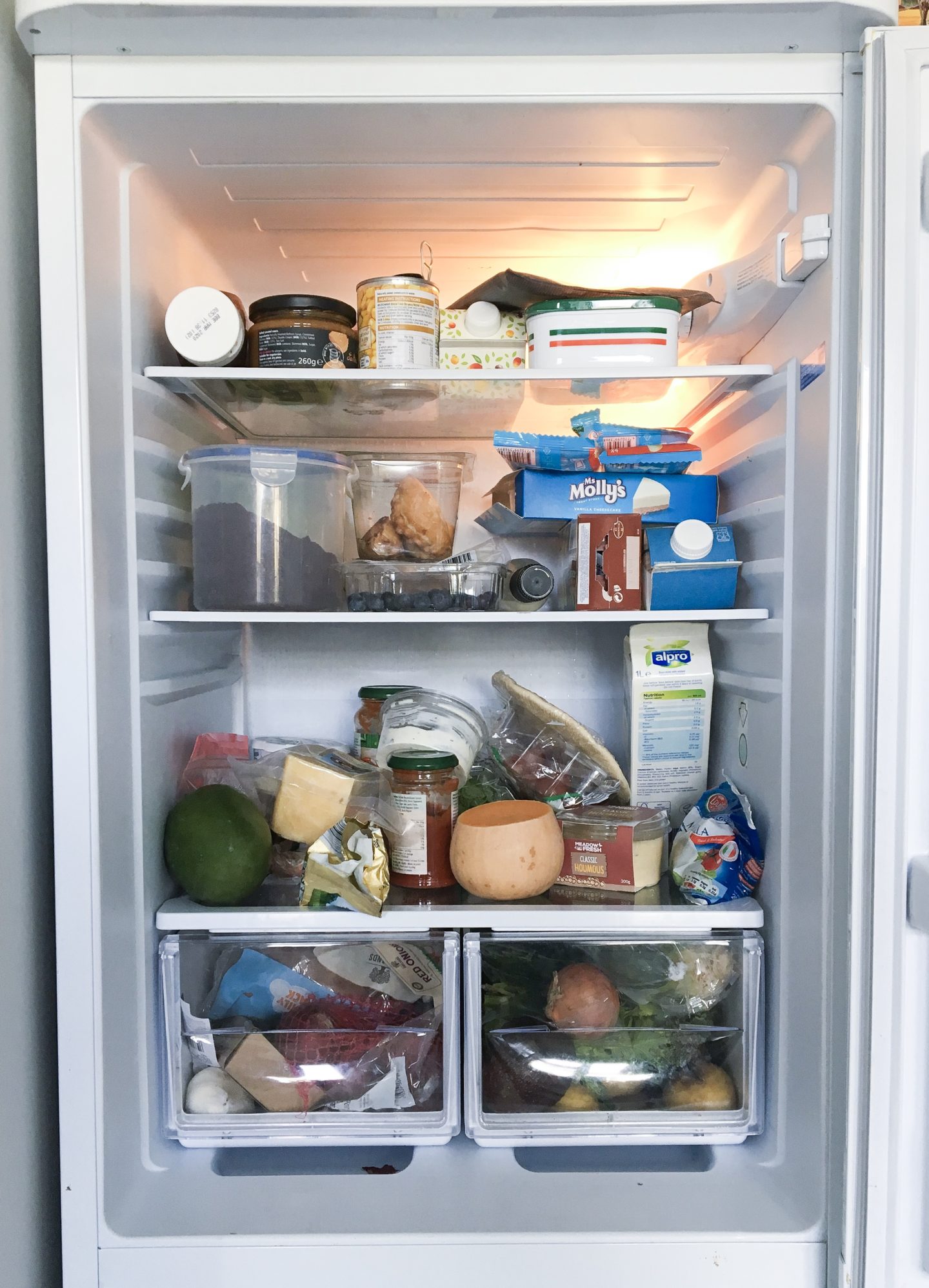 You see what I mean?

I’m not sure what to say about this. I guess it’s clean, which is something, because honestly, who wants to date someone that can’t even be bothered to put the sour cream and chive dip back on the shelf properly?

‘Oh what are you looking for in a partner?’ you might ask someone.

‘Just the usual things,’ they say, ‘honesty, humour, ability to replace items in their own fridge without creating some kind of home-made parlour game.’

The massive Tupperware tub on the middle shelf is coffee, not just me collecting soil samples, and the mini-pasties and cheesecake are Belle’s. Never let anyone say I don’t promote a healthy teenage diet.

Other than that I guess it’s not too bad – the fruit and vegetable drawers are well stocked at least, and you know, there’s a mango. Who isn’t impressed by a mango? (The mango has been there for about three weeks because although it’s one of Belle’s favourites she is too lazy to PEEL IT.)

Then we have the door, which is pretty boring: 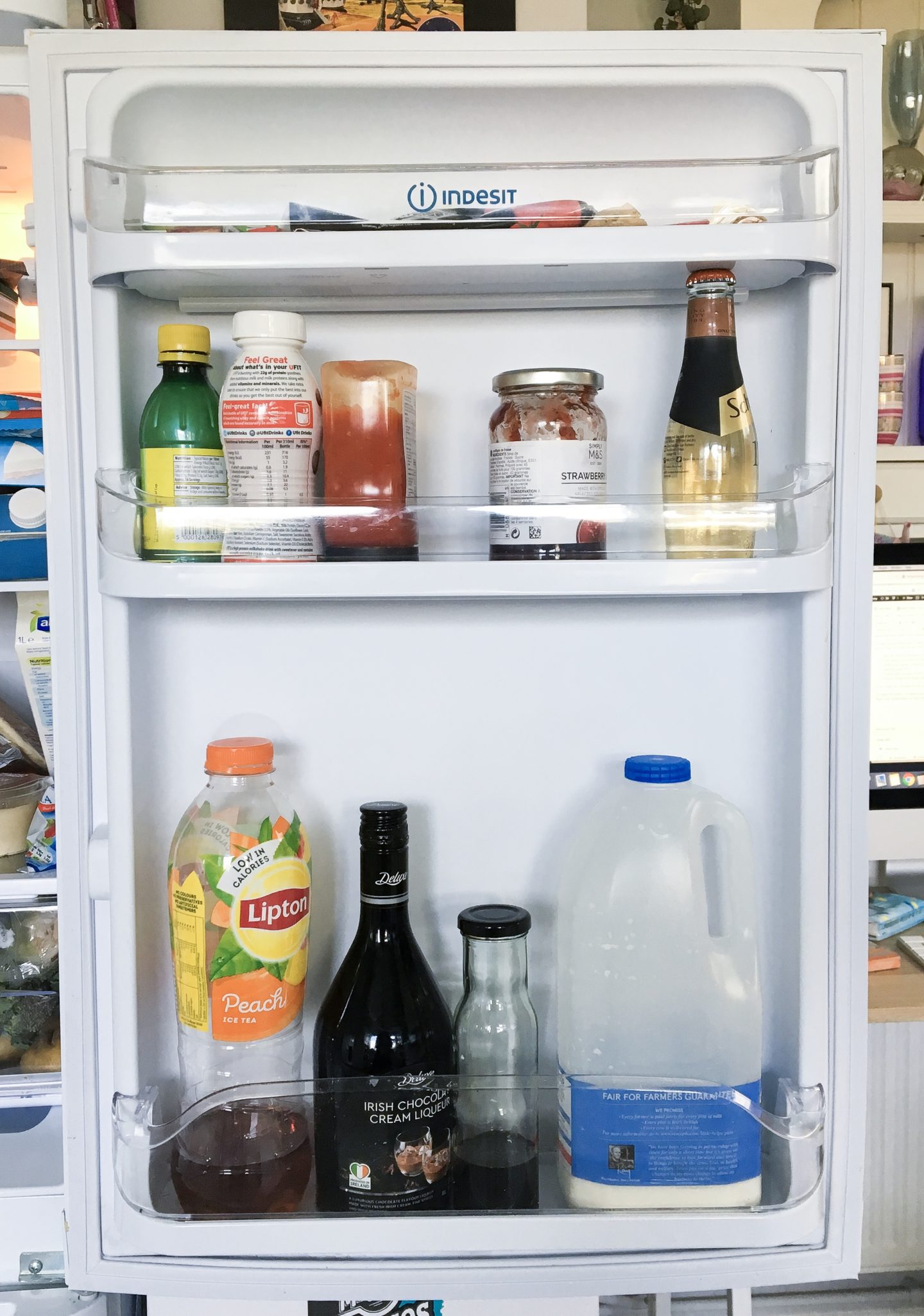 Belle is obsessed with peach ice tea and I always have about seven bottles in my under stairs cupboard. The cheap Lidl Irish cream is for *cough* emergencies *cough* and the random stuff in the glass bottle is homemade balsamic glaze, which I think, on its own, makes me wife material.

So that’s my fridge.

Would you date someone based on the contents of their fridge?

If these were my Tinder profile pictures, which way would you swipe?