In association with Lancashire Farm 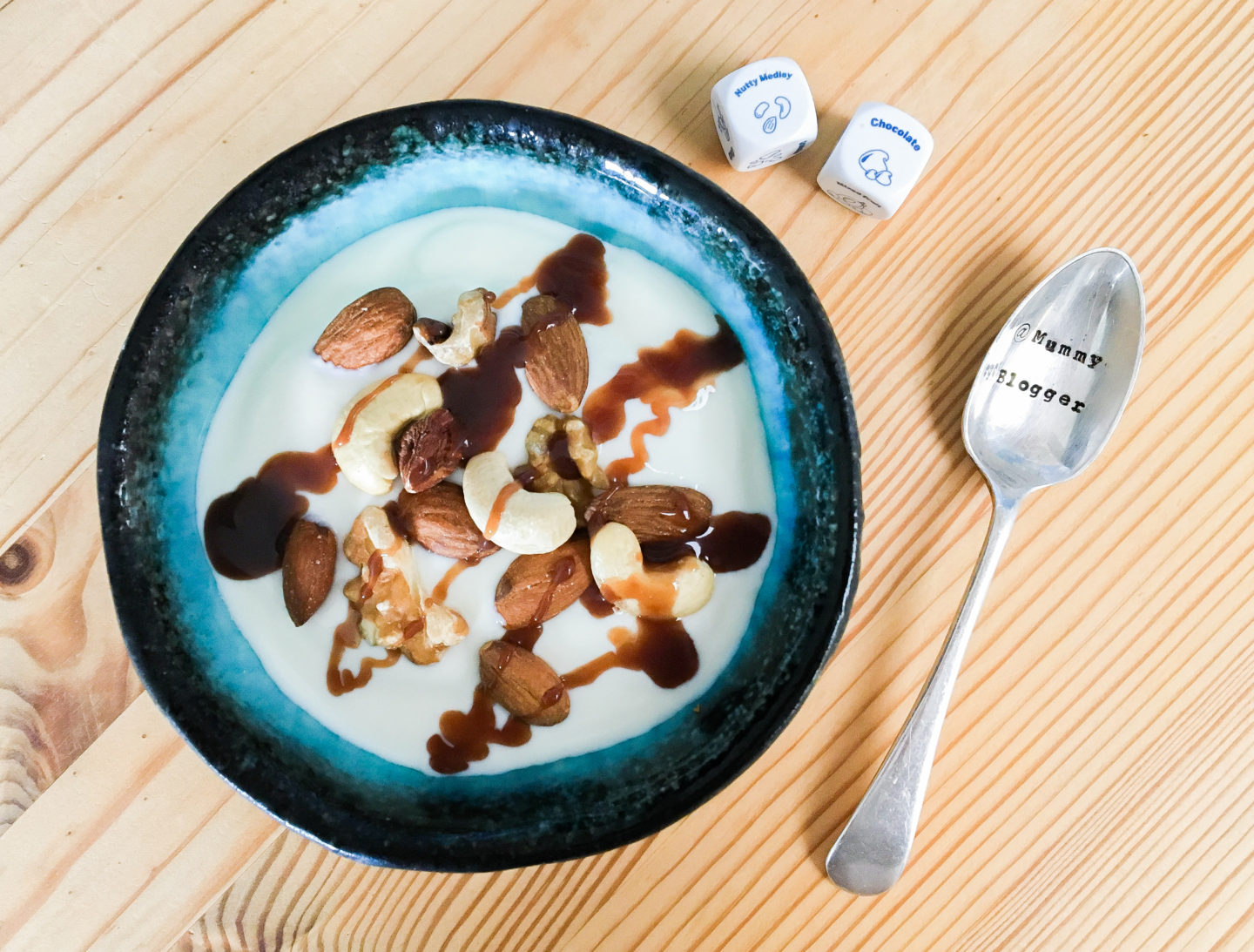 I have a reputation in my family for being competitive.

I’m not entirely sure where it has come from. I mean I did TELL Belle she should have been on my team for that family football game. Of course she was going to go down in the tackle, she was only eight.

I had been thinking that I was mellowing with age, but then I went on a writing course recently where we played an Articulate style team game with celebrity names in a hat and I may have got a bit carried away trying to describe Boris Yeltsin through the power of mime.

This weekend though we played Toppers, a fun game sent to me by Lancashire Farm to encourage us to be a bit more adventurous with yogurt. (Ooer). All Lancashire Farm yogurt is made with 100% free range milk. They make one kilo tubs of natural and Greek style natural yogurt, both also available in fat free versions, as well as coconut, strawberry and mango flavours of low fat bio yogurt. 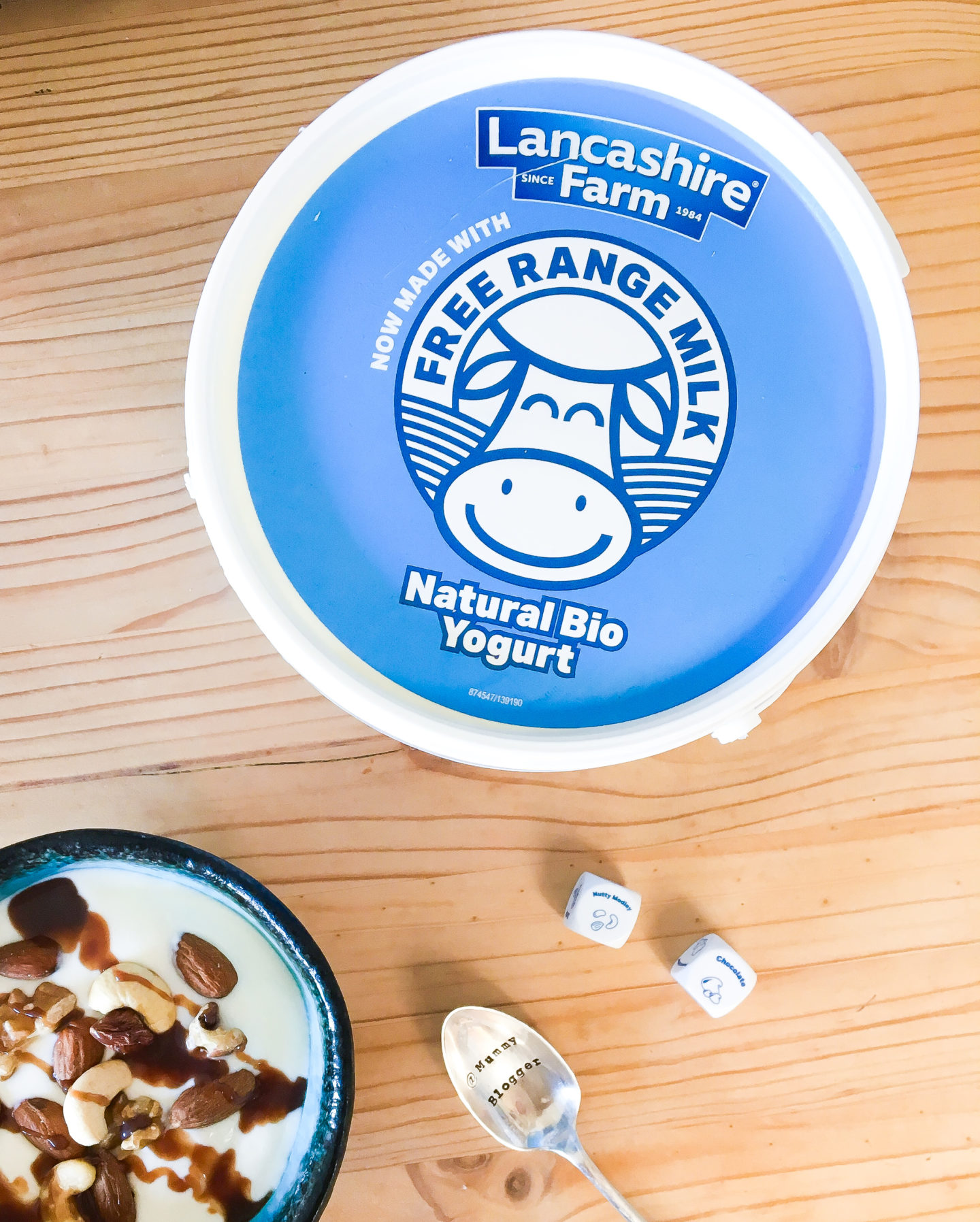 The beauty of Toppers is that every player ends up with a yummy bowl of yogurt, so really everyone’s a winner. Nobody has to get hurt or muddy and no relative strangers have to witness me screaming ‘IT’S MICHAEL JACKSON! WE GET THAT POINT!’ at 11pm after several glasses of wine.

So first things first, pick your yogurt card – you have a choice of three, and it’s a tricky choice as they are all delicious and wonderfully creamy. I chose the natural yogurt and Belle went for the Greek style yogurt, which is so thick you could stand your spoon up in the tub. 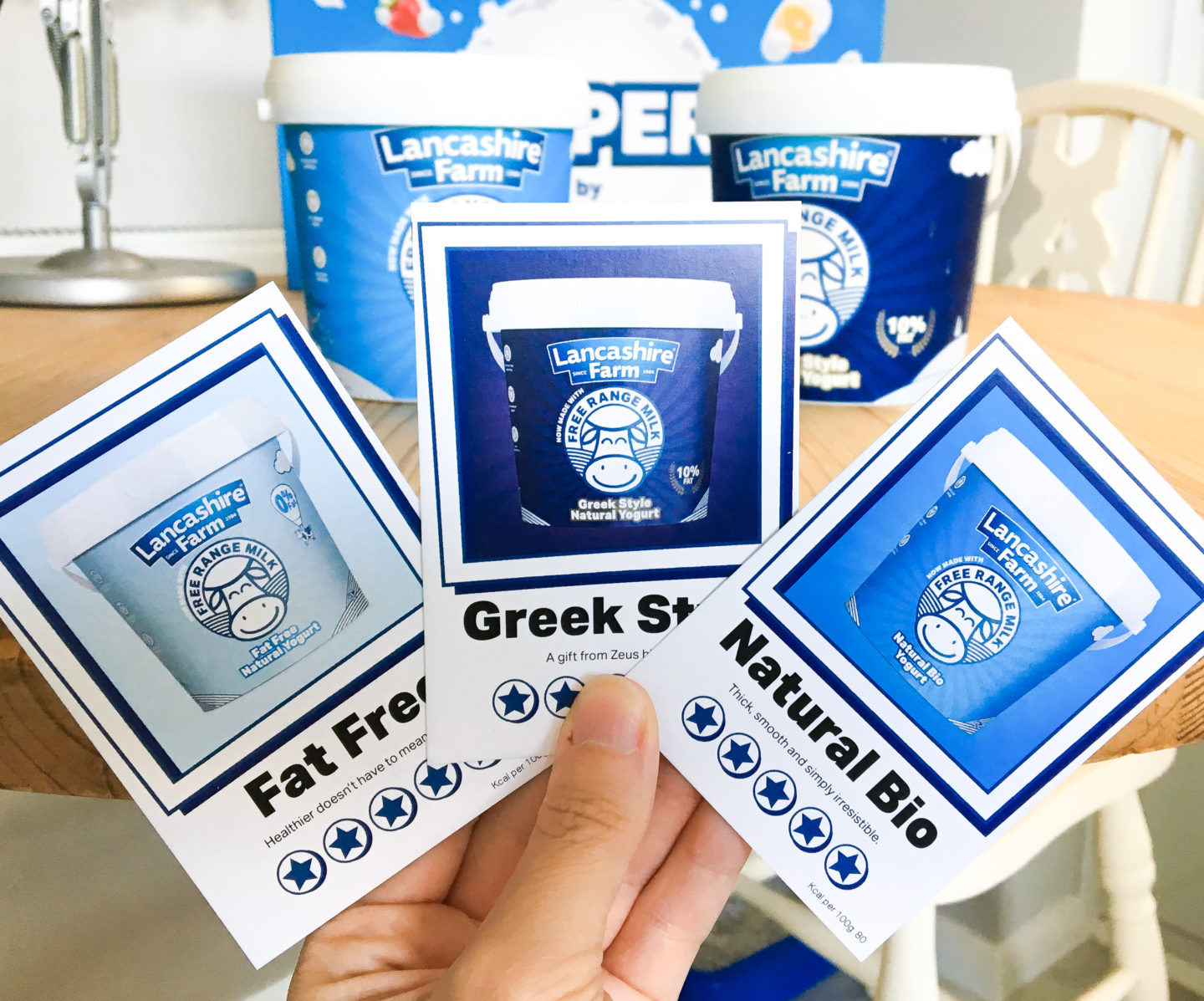 FUN FACT INTERLUDE: Although Lancashire Farm started making yogurt back in the 1980s, I only came across them for the first time about six months ago when I spotted one of their big 1kg tubs in Iceland. They’ve been going from strength to strength though recently and are now the UK’s best selling natural kilo yogurt. In fact, one is sold every two seconds, which is a lot of yogurt by anyone’s standards.

Once you’ve picked your yogurt, it’s time to roll the Toppers dice to decide which two toppings you are going to get from a choice of 12. The Toppers dice feature coconut, mixed fruit, mixed nuts, banana, cornflakes, oats, granola, chia seeds, peanut butter, chocolate chips, mixed cereals and honey crunch. 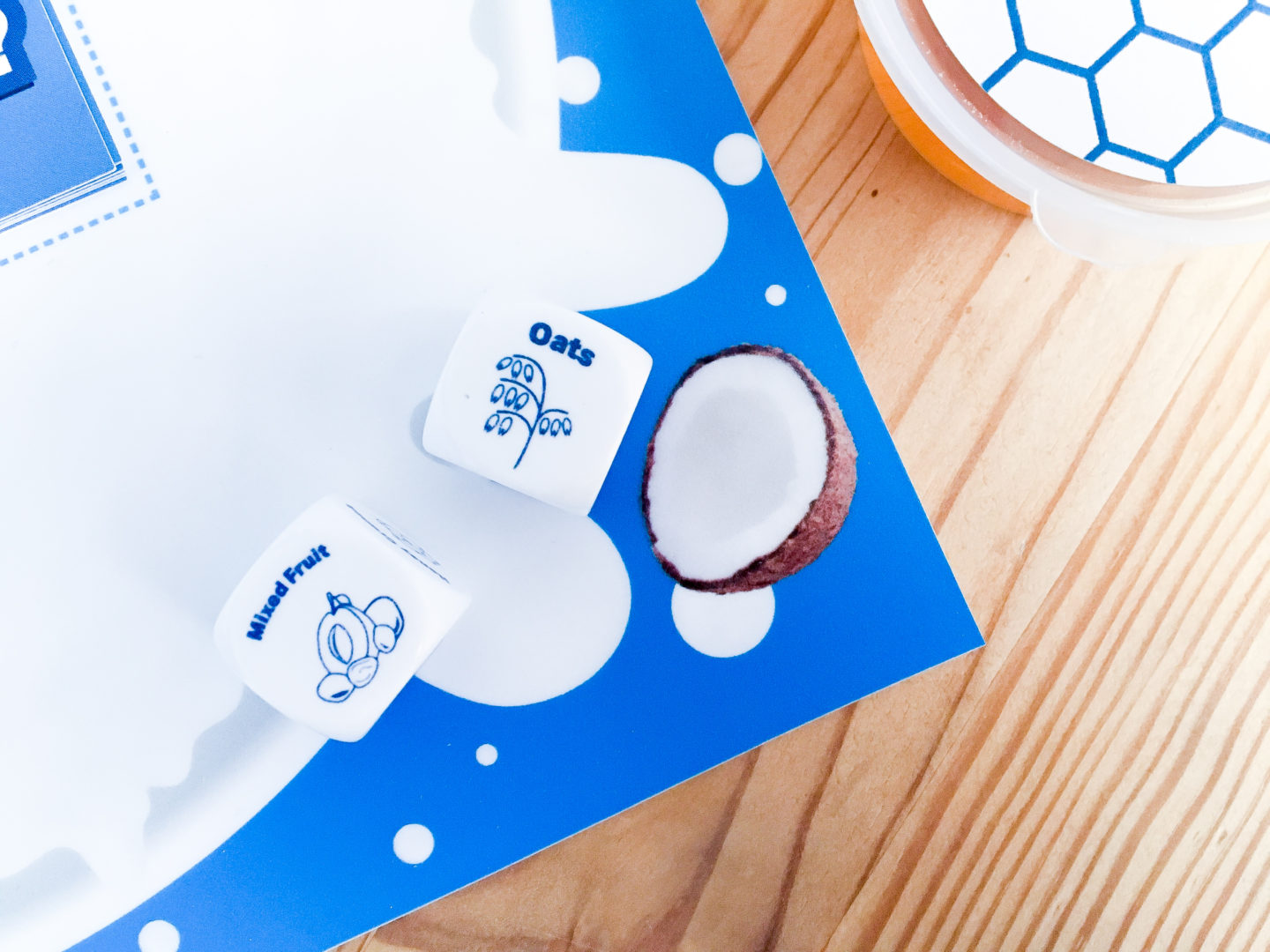 Now I don’t want to say that Belle CHEATED exactly, as it’s not that sort of game, but when she rolled coconut and mixed fruit on her first roll she said ‘no way, I’m not having that’, and rolled again.

Until she got oats and chocolate chips, which she seemed pretty happy with. 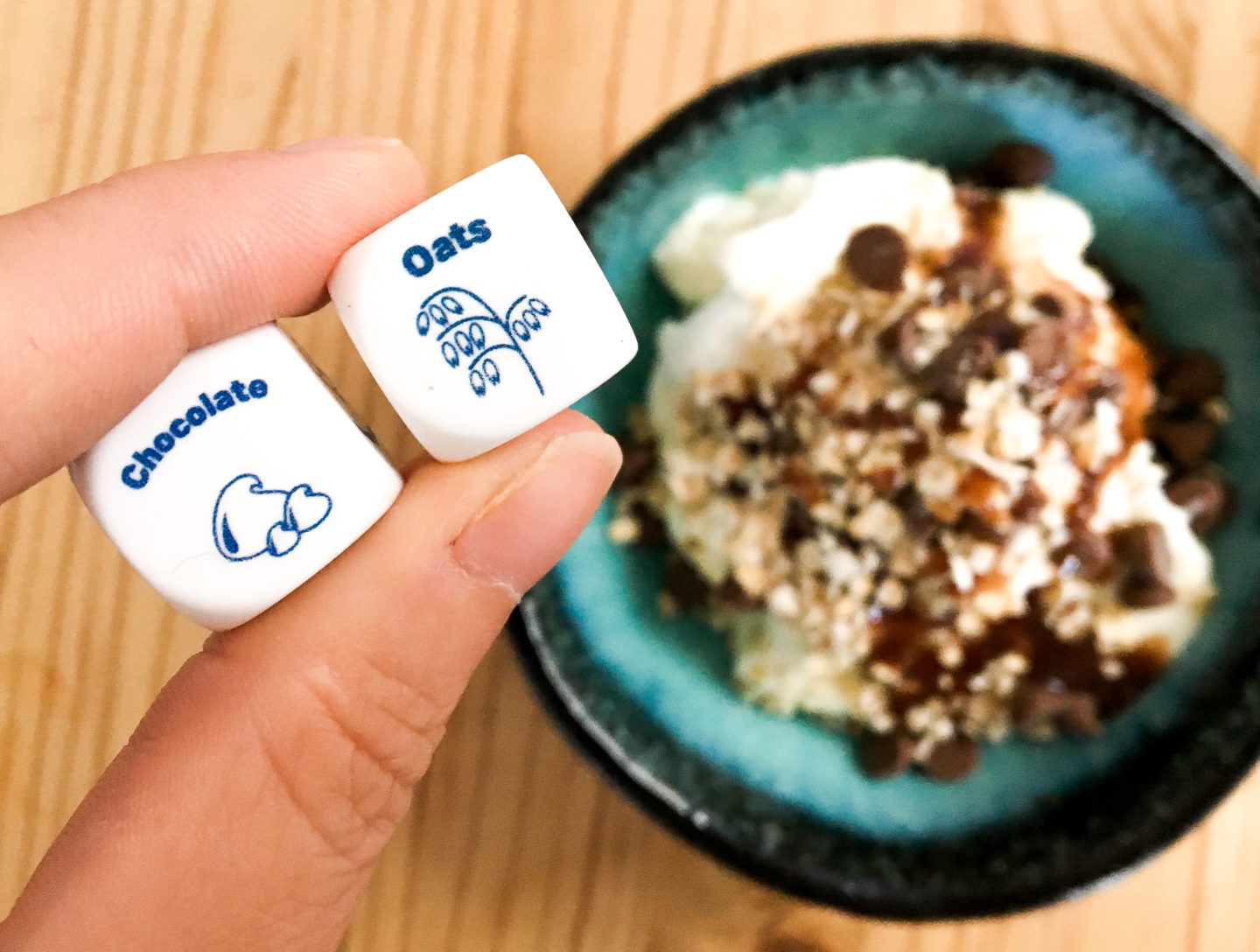 Let’s have a bit of a moment here to do the maths so far.

There are two dice, each with six toppings on. With any two dice then, there are 6 x 6 different possible combinations, so 36 possible outcomes. Consider the fact that you also have a choice of three yogurts – 3 x 6 x 6 – and we are up to 108 possible Lancashire Farm yogurt combinations.

Now for your final step – choose a card from the ‘feeling saucy’ pile. 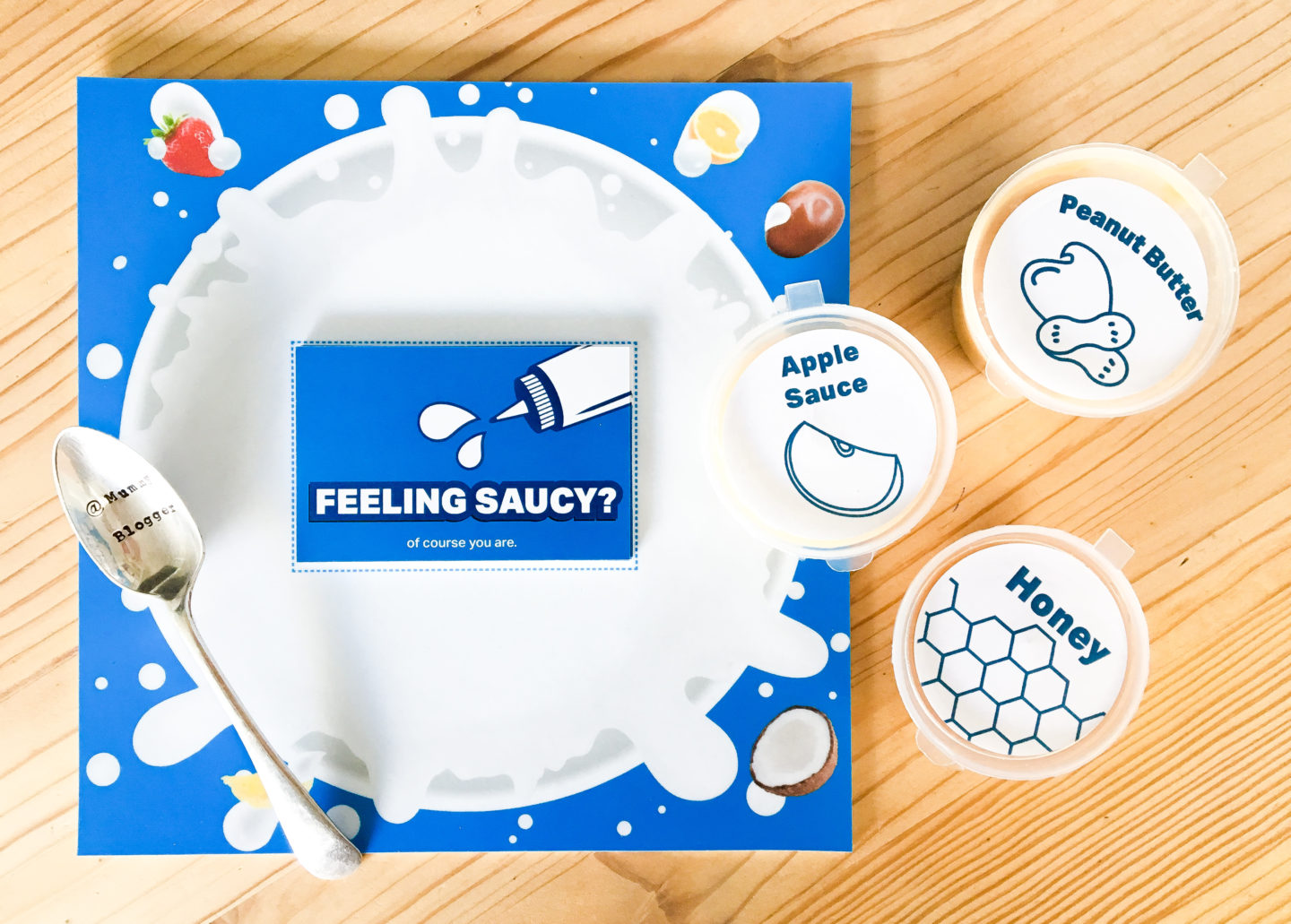 Belle picked chocolate sauce for her yogurt. (What a surprise!) I opted for just mixed nuts and chocolate sauce, which technically isn’t even one of the 648 as it’s only one of the dice toppings rather than two, but let’s not get into that. 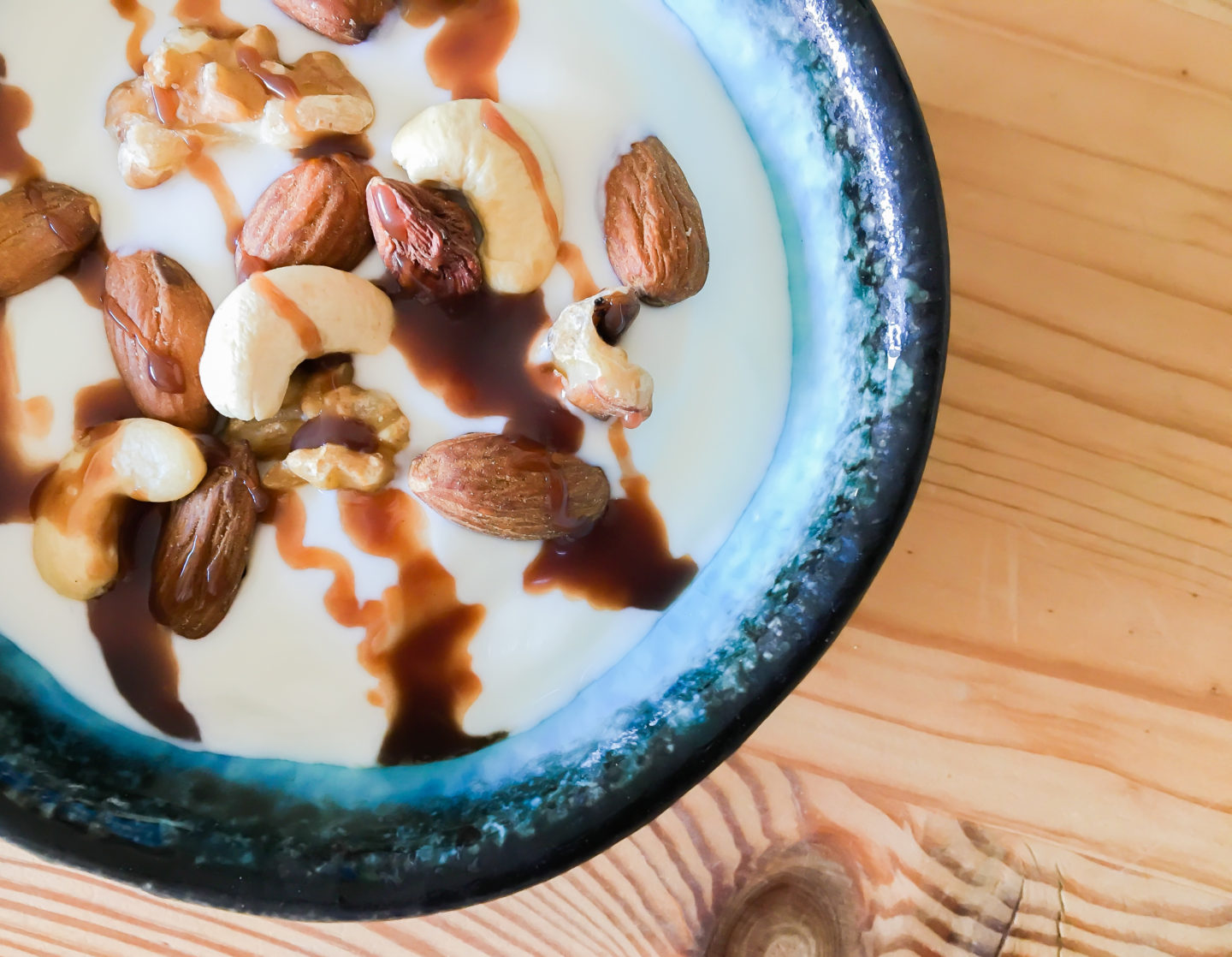 Of course this game is really just a taster of what’s possible with Lancashire Farm yogurt. If you thought about it I’m sure there are actually MILLIONS of different ways to eat it.

And that is my YOGURTY CHALLENGE TO YOU. Get yourself a one kilo tub of Lancashire Farm yogurt, lock the door, grab a spoon and let the fun begin.

Find out more about Lancashire Farm yogurt, made with 100% free range milk. 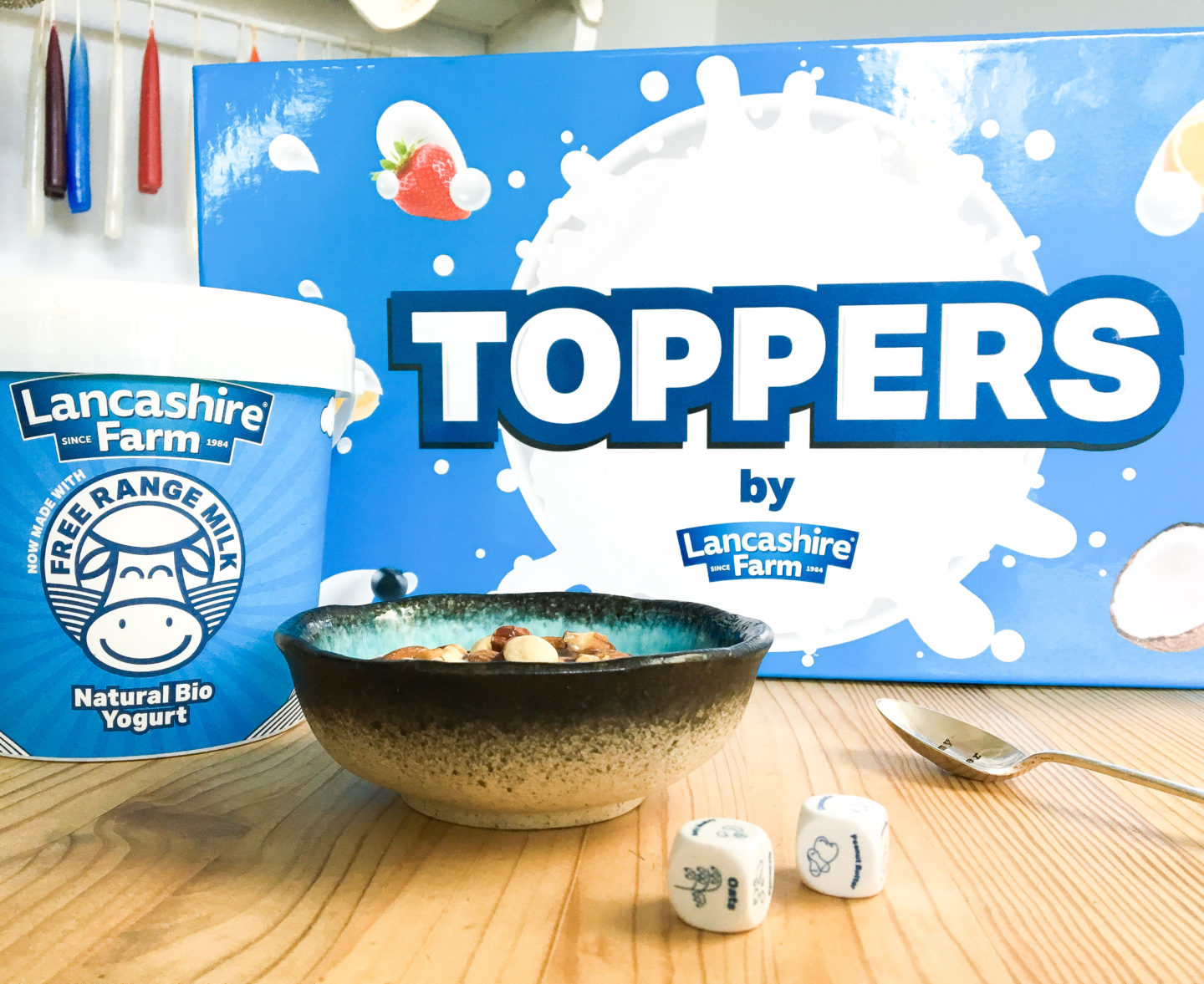