I once had a boyfriend (shocker) who was obsessed with watching television in HD.

Okay, ‘obsessed’ is a strong word, but if I was watching something in regular old standard definition he would make me change the channel. (Okay, not obsessed at all.)

‘How can you not even tell?’ he would ask, clearly appalled at my stone age ways.

When Belle and I opened up the ACER Swift 3 though, to watch a film in my bed, (White Chicks – 4/10, would not recommend), the first thing I noticed was the quality of the screen.

I noticed it in this really annoying way I have of noticing things, where I feel the need to say it several times to Belle at what I think are long enough intervals that she will be interested all over again – ‘the picture quality really IS amazing though isn’t it?’ – until I imagine she wants to close the laptop and use it to hit me. (Also would not recommend.)

‘The picture is just so sharp though isn’t it?’

‘So much better than our other laptop don’t you think?’

You can find many good reviews about it online or on some reputable laptop review websites like GuruVerdict. However, I just want to share with you my personal experience on using this laptop. 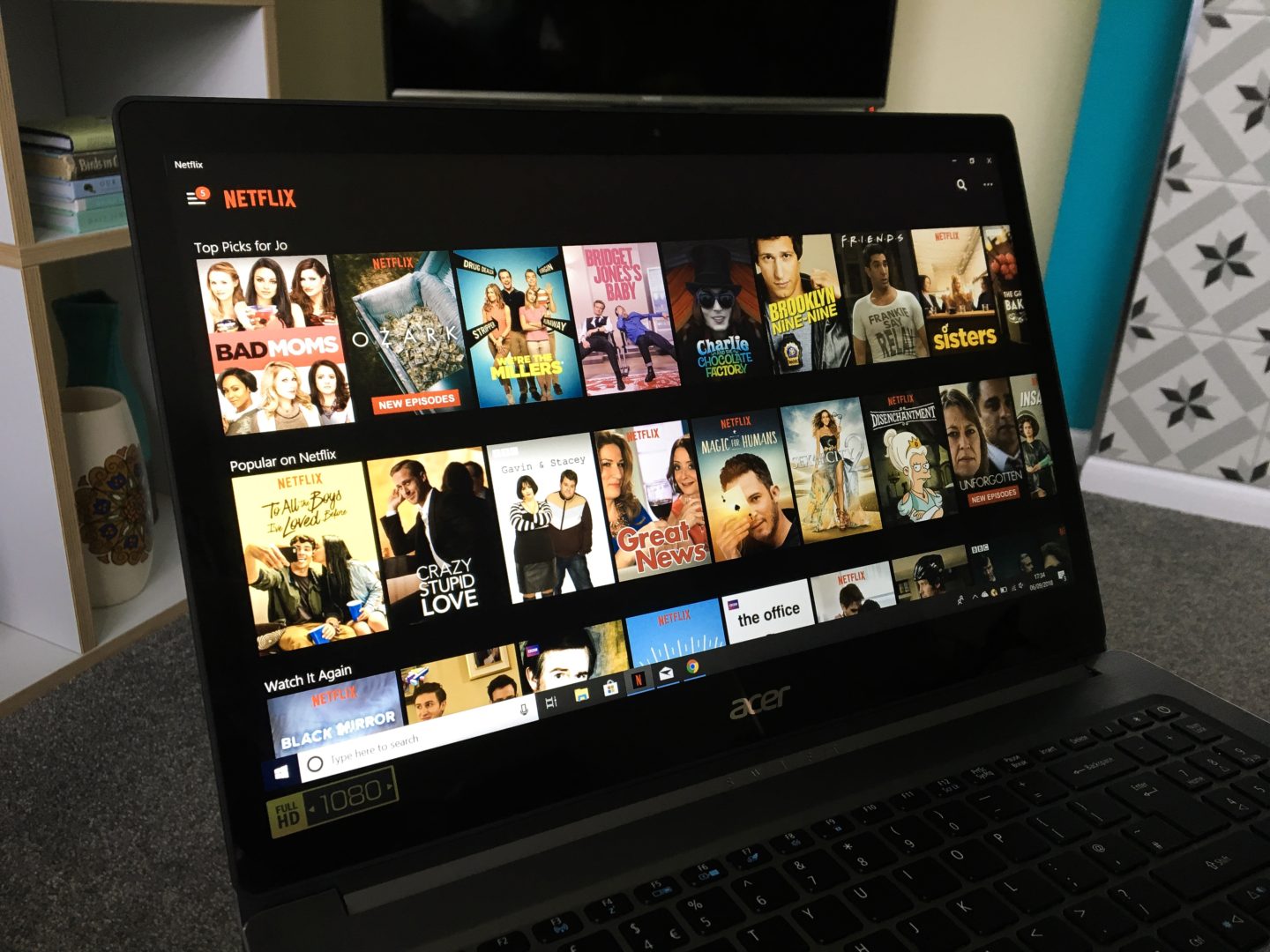 For all things PC, visit Fierce. 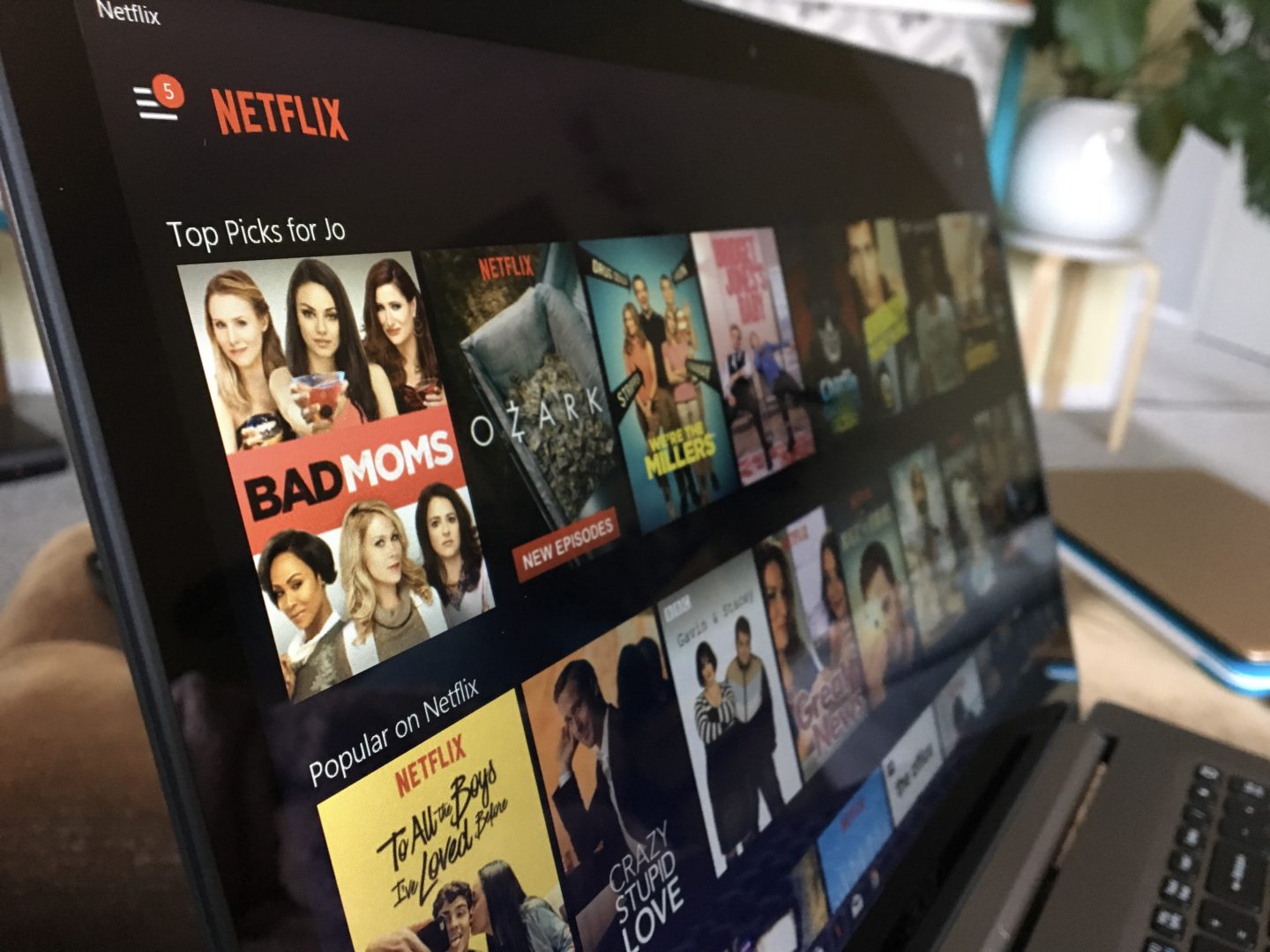 It is good though.

It’s a 14″ full HD display, and has Acer’s ‘Colour Intelligence’ feature. I looked this up and apparently it means that the Acer Swift 3 ‘dynamically adjusts gamma and saturation in real-time, optimising screen colour, brightness and saturation without clipping and over saturation.’

I don’t know how that works or what it means, all I can say is that the picture quality is REALLY good. Also it’s a lot of times to use the word ‘saturation’ in one sentence.

It makes the Acer Swift 3 ideal though if you do a lot of visual work or things that need a lot of detail, like designing, photo editing, watching films in bed, that sort of thing. 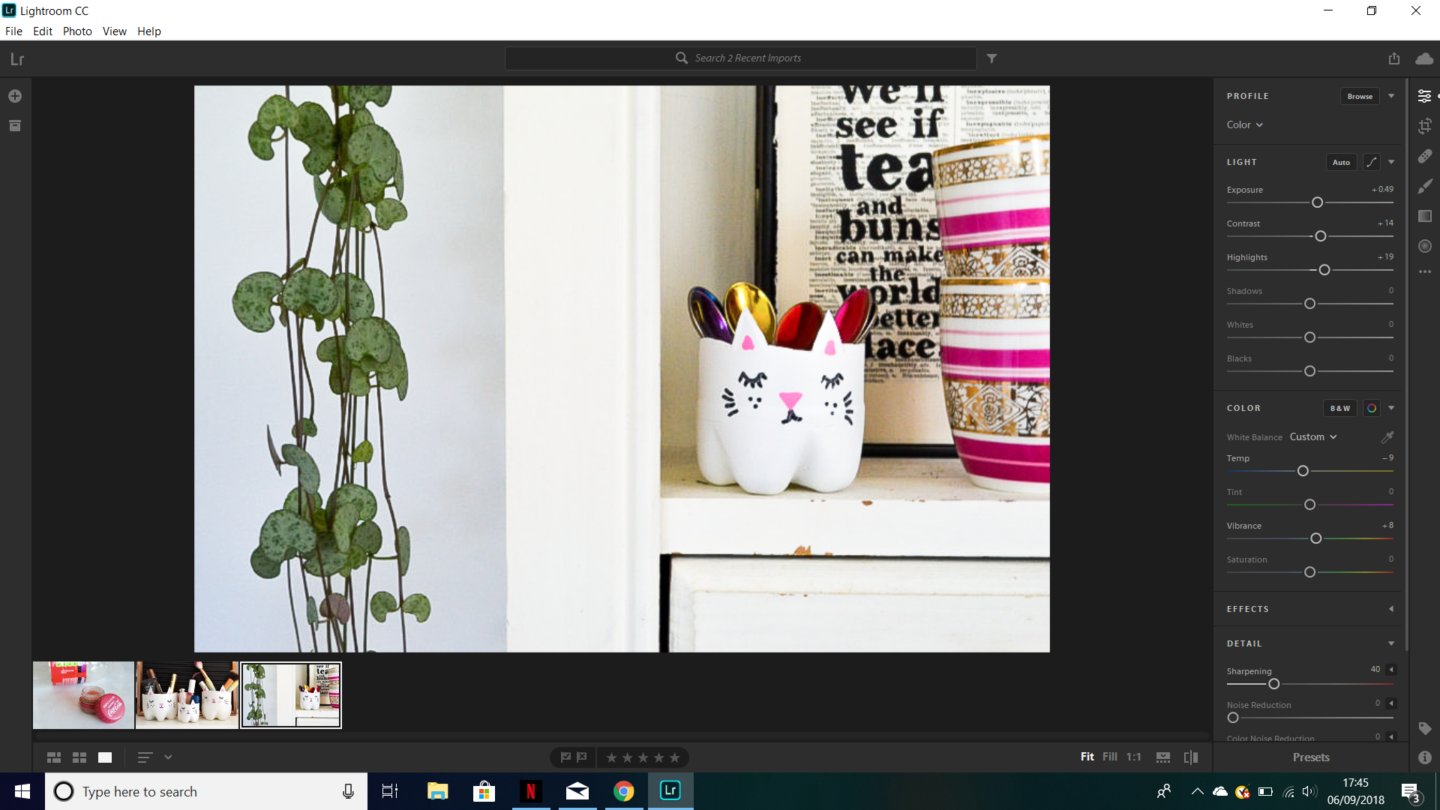 I actually have an Acer laptop already. I really like them as a brand and have always found them to be very reliable and great value for money. My original Acer though is a much more entry level model and although it’s great for the basics and had a fantastic battery life, it doesn’t have the spunk of the Acer Swift 3 with its Intel® Core™ i5 processor and 8GB of RAM.*

I was surprised actually by the Acer Swift 3 compared to my old laptop – I thought I’d be having to compromise on things like battery life and portability, but the Acer Swift 3 weighs less a kilo and a half and has a battery life of up to 12 hours. If you are working on your laptop for more than 12 hours then really you need to put it away and read a book or have a lie down or something.

Features like a 12 hour battery life make me feel old, as I remember my first laptop, and being excited by the fact that I could work with it unplugged for nearly TWO HOURS. But then I also remember writing my first year degree essays by hand, in biro, on paper made of trees, and then in the second year having the excitement of Canon StarWriter electronic typewriter, so, maybe I just am old.

One feature that my 1990s self would have LOVED is the fingerprint scanner. I mean come on, this is the stuff of childhood dreams isn’t it? Something that unlocks with your fingerprint?? And yet here it is, a standard technology. It makes you GLAD TO BE ALIVE.

(In a true sign of our age, my sister tried to use my laptop recently. ‘How does it unlock?’ she asked. I told her it was a fingerprint scanner. She tried to scan her fingerprint. ‘It has to be MINE,’ I said, ‘that’s kind of the point…’) 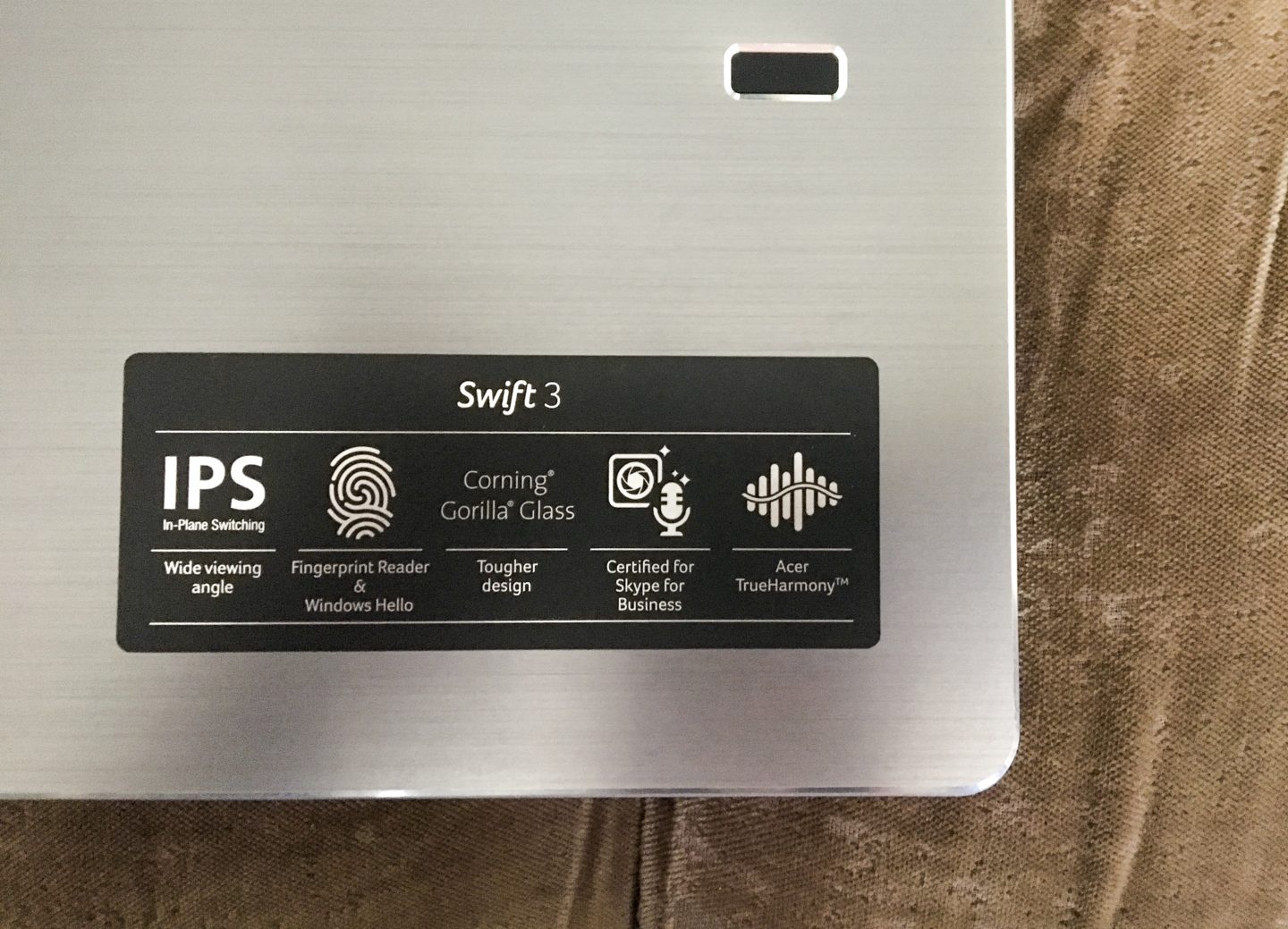 The Acer Swift 3 set up, like most new tech nowadays, is extremely straightforward. Literally just plug it in, connect it to the WiFi, and you’re basically done. It’s starts up very quickly and unless the fans come on, which has been rarely with me so far, it’s pretty much silent. (Do you remember the good old days when you had to switch on a computer and then go and make a cup of tea while it booted up?)

So far, everything I’ve wanted to do with it has been pretty much instant, with no glitches, freezing, slow load times or anything like that. It’s affordable, it’s powerful – it’s really everything you need in a laptop.

It’s not specific to this laptop, but it’s also worth noting, that if you buy your Acer Swift 3 from Currys PC World then you might qualify for up to £100 off when you trade in an old laptop. You can get a valuation here.

The Acer Swift 3 is currently available at Currys PC World with £150 off – see the full spec and buy online here.

I was sent the Acer Swift 3 for the purposes of this review. All views are my own.