I’ve been having a bit of a general muse today about fear and the impact it has on our lives. I think it was brought on by going to London this week to go on a filmed date with a Spanish man I’d never met before called Marco, where I had to speak in Spanish after only learning it for three weeks.

(More on that another time.)

It occurred to me that it’s probably the sort of thing that a lot of people would be too afraid to do.

Would you go on a date with a stranger in another language in front of a film crew? Are there other things that you don’t do because you’re afraid to? And most importantly, what is it that you’re really afraid of?

About four years ago, when I went through that break up that made me really sad, I read a lot of books about fear. The sadness I felt at the time had this permanent edge of fear to it that I couldn’t seem to shift and the longer it went on the more scared I became because I didn’t know how to make it go away and couldn’t see how I was going to cope with it.

One of the books I read was Feel The Fear and Do It Anyway. A lot of it felt a little bit cheesy, but the essence of it is simple – we aren’t actually afraid of feeling or events, were afraid of our inability to cope with them.

The three levels of fear

Susan Jeffers writes about there being three levels of fear. The first level is the incident itself – the ‘surface story’ – and the second is how it makes us feel – the ‘generalised fear’. For instance, we might say that we’re afraid to go on a date in Spanish, which would be the top layer. Dig a bit deeper and we might say that what we are really afraid of is messing up, of people laughing or of feeling embarrassed about the fact that all we can say is ‘tengo tres gatos’.

But actually then you have to look deeper, to a third layer that underpins everything – the underlying fear – the fear of not being able to cope with those feelings. Because think about it, if you knew that you could totally handle the embarrassment of not being a perfect Spanish speaker, then there would be no reason to be afraid of it would there?

This layered model had a massive impact on how I think about fear and I dissect it a lot.

What’s amazing about it is that this same third layer underpins everything, so you can address it directly and impact EVERYTHING YOU DO. When you feel strong and confident in your own abilities to cope with whatever happens to you, you don’t ever need to be afraid of anything. You don’t need to worry about a job interview or a skydive or a first date or anything on an individual level because you know deep down that you will be able to cope, whatever happens.

There is work of course that goes into creating that sense of stability within yourself, and it’s massively linked to self-esteem. Just being aware though of the different levels of fear has been such a game changer for me.

(Don’t actually take them. That would make me sad.)

All three of them went missing a couple of weeks ago. It was awful and I was a mess – I prowled the neighbourhood shaking Dreamies like a loon and listening at garage doors. I cried on a kindly neighbour called Sonia. It was pitiful.

But also deep down I felt okay.

You wouldn’t have thought it if you had seen me, and I WAS sad and worried about them, but also I felt okay about being sad because I had faith that I could cope with feeling sad, if that makes sense. I wasn’t scared. I wasn’t afraid of being sad forever. I knew that if the worse came to the worse and they never came back, that I would cope with it.

To me this feels like a massive step from that sad breakup version of me a few years ago.

So I’m interested to know – does fear stop you doing anything? Is there something you’ve always wanted to do but are too scared? Can you imagine a life for yourself where you weren’t afraid of anything? 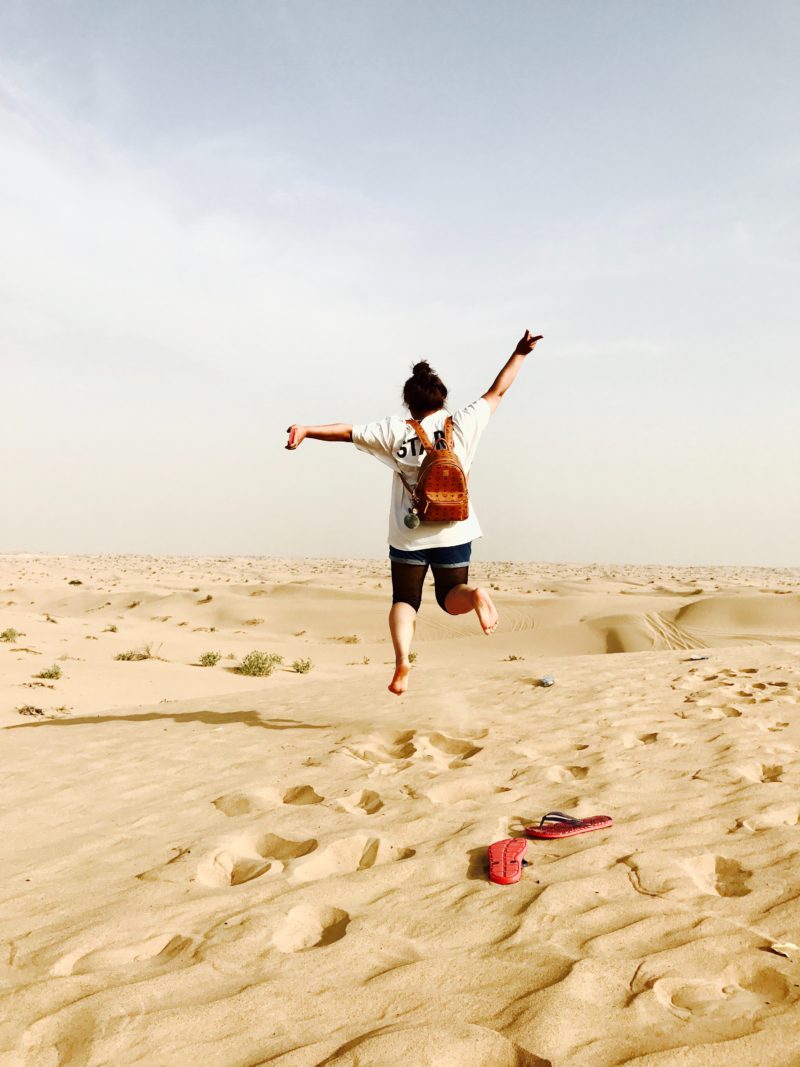 Photo by Mohammed Hijas on Unsplash