How are you meant to feel when you stand in a gas chamber?

You look around the damp underground room and you try to imagine 700 people all crammed in, half starved, clinging to the promise of hot soup after having been made to strip naked and leave their clothes outside on the stones.

You walk through to the next room and see where the corpses of murdered, innocent people were then burned, one after another, sending foul smelling smoke up through the chimneys for the other prisoners in the camp to see.

How are you meant to feel?

When I told people I wanted to visit Auschwitz as one of my 40 things to do before I turn 40 I got a mixed reaction. Some people, you could tell, could think of nothing worse. Either they just didn’t want to be made to think about it, or perhaps they felt it was disrespectful to pay for the privilege of being led around a site where hundreds of thousands of people were killed.

Others wished me luck.

‘It was the most harrowing experience of my life,’ they told me.

‘So traumatic,’ they said.

It has been something that I’ve wanted to do for a long time, as I’ve read quite a bit about life (and death) in concentration camps, and there is something that just feels so IMPORTANT about it. It’s such a massive part of our recent history as human beings, and it’s so horrific.

I imagined that it would be just as harrowing and traumatic as everyone was telling me, that perhaps I would feel overwhelmed, unable to deal with coming face to face with it.

We arrived and walked through those infamous gates at Auschwitz One – ‘Arbeit Macht Frei’ – and I waited for the feelings to come. I stood still and quiet and waited to feel the horror of what had happened. I tried to picture the prisoners, walking through these gates, feeling scared but potentially optimistic, oblivious to what lay ahead.

We walked around the camp, around the museums and exhibits now housed in the barracks that once held thousands of prisoners, and still nothing came.

We looked at the piles and piles of personal belongings, hairbrushes, pots and pans and shoes, that had been packed by the prisoners and then stolen by the guards, but everything was too big. I tried to concentrate on something small – a single enamel cooking pot or an individual odd shoe – to connect to the person and the family behind it, but then you pan out and see that the shoe is part of a mountain of what must be thousands of shoes and your brain cannot process the scale of the suffering. 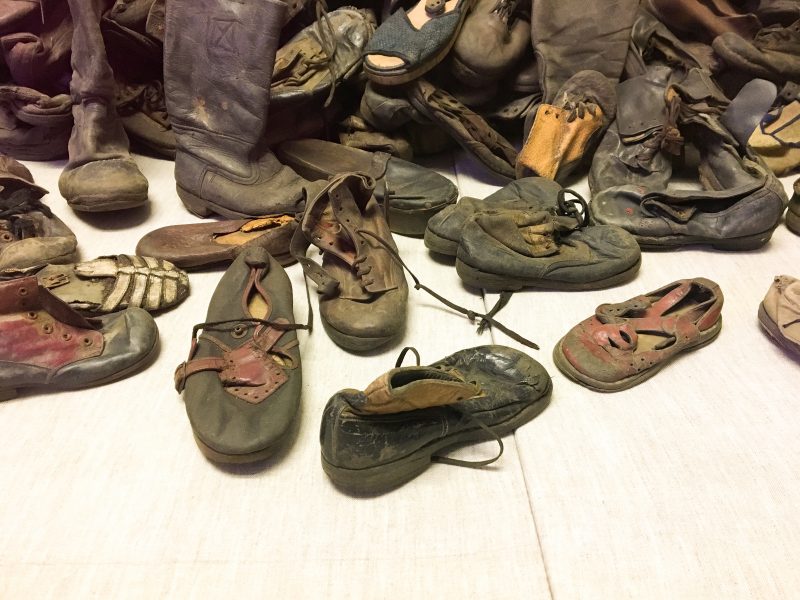 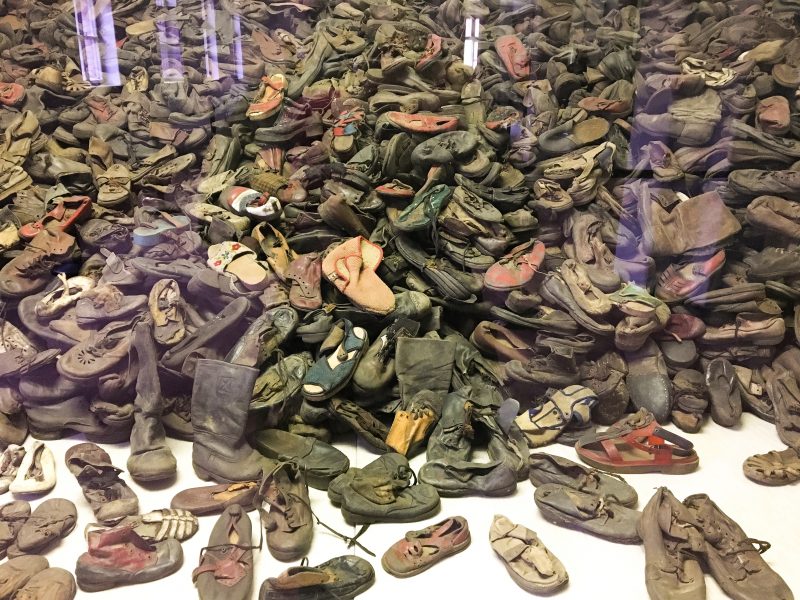 When I visited Anne Frank’s attic in Amsterdam a few years ago I cried just walking around the empty rooms. I could picture her there with her family, walking on tiptoes, talking in whispers, and it felt real to me.

Auschwitz did not feel real.

I’d thought that having felt like that about one child and knowing that that same thing has happened in this one place to over a million people, that I would feel a million times worse.

Because how can you even possibly comprehend the suffering of over a million individual people just because you have stood in a building where they once stood? 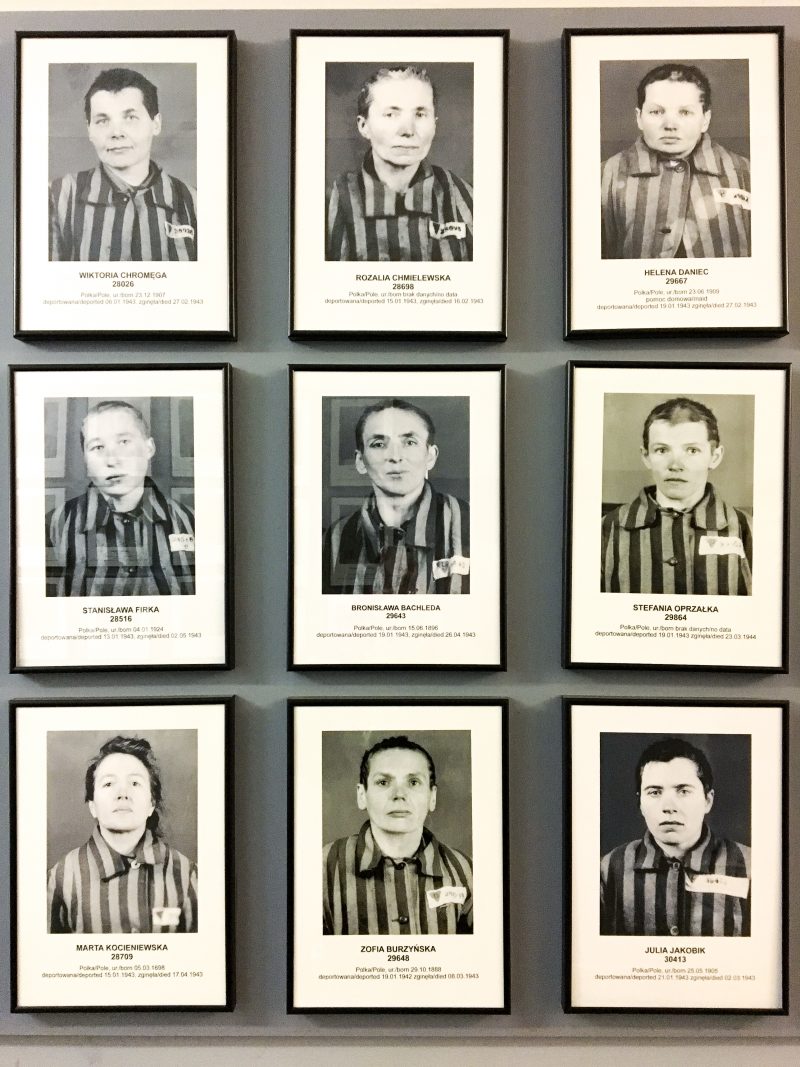 It’s too many people to even begin to understand. The thought of a small group of people making the conscious decision to march hundreds of people at a time to their death, to then extract the gold teeth and steal the hair from their corpses – it’s a lot to take in, too much.

Perhaps it’s this scale that means it takes a long time to process, that gave me that feeling of numbness while I was actually visiting Auschwitz.

Two weeks after our visit, sat in my comfortable home writing this, I am crying plenty now. I can see the families getting off the trains, leaving their carefully labelled luggage on the ground, being walked to their deaths while their belongings are ransacked behind them, and I feel panicked and I want to stop it – I want SOMEBODY to stop it, and I feel sick for us as human beings that it happened. 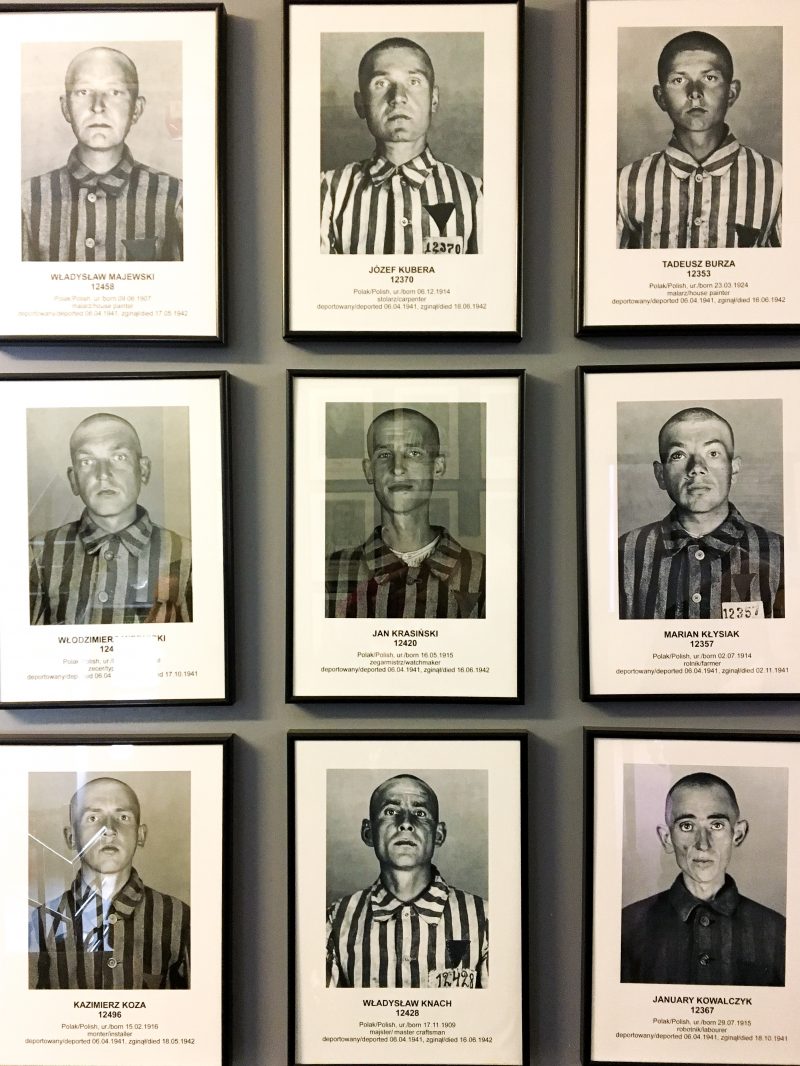 And yet in Auschwitz itself, surrounded by the ghosts of the hundreds of thousands of people who had been killed there, purely because they didn’t ‘fit’ with one idea of what people should BE, I felt nothing. I felt numb and empty.

I feel almost like I will need to go again, like it will have taken one visit to start the thought process and another to conclude it.

Have you ever visited Auschwitz? How did it make you feel? Did you experience the same sense of nothingness? I’d love to hear about your experiences.