This morning I went on the radio to talk about sex robots.

Okay, so I didn’t go on deliberately to talk about that – it was one of those weekend ‘talk about fun things in the news’ shows, but I always like to see what I can get away with on live radio, especially first thing in the morning.

In case you’re interested, sex robots are going to be a new ‘thing’. Everyone is going to have one. You heard it here first.

Anyway, one of the things I DIDN’T get time to talk about was a feature in one of the weekend supplements about parenting mistakes. It was a whole long list of things that most of us probably do at some point or another, thinking we are doing the right thing, but which apparently aren’t doing anybody any favours. Stuff like following older teens on social media, making ‘quality time’ for our kids, and worrying about exam results.

(I don’t do any of these, mainly out of sheer laziness, so I felt pretty good about myself.)

One of the things the article talked about was bedrooms, and I know this is an issue that splits a lot of parents of teenagers. Should you make your teenager keep their bedroom tidy or should it be their own space where they can do as they please? How much control should you have over what their room looks like? Are they allowed to choose the state of the floor just as they’d choose their favourite teenager room wallpaper? 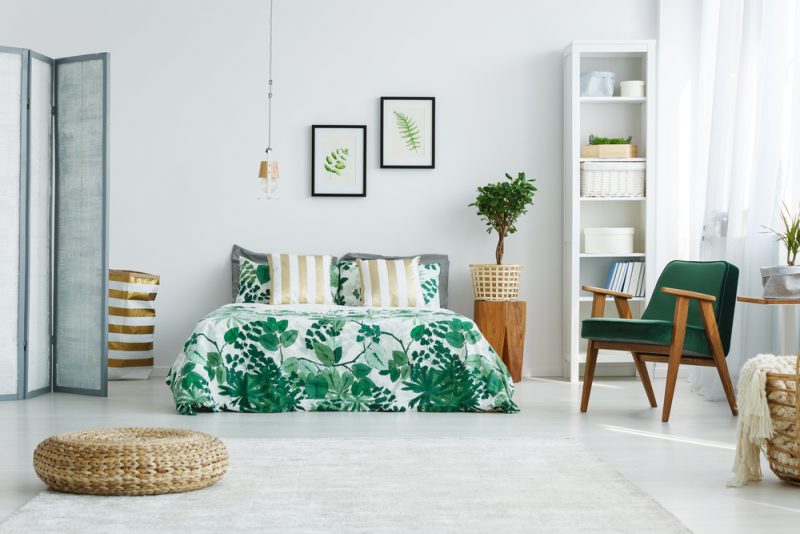 I can see the argument from both sides.

I do appreciate the whole ‘you’re living under my roof so you need to respect that and keep your room tidy’ angle. When you’re working hard to keep the rest of the house clean and well organised and then one room looks like there has been an explosion in a factory that specialises in making dirty clothes and half full mugs, it can feel a bit demoralising, disrespectful even.

But here’s the thing – it’s NOT ABOUT YOU.

As an adult it can feel a bit backwards – nothing makes me feel LESS in control nowadays than a messy house – but think back to when you were that age. Your bedroom was your sanctuary wasn’t it? The one place where you could be yourself. Even if mess wasn’t your thing, and you spent hours neatly categorising your comics, it doesn’t matter – you were in charge.

Yes, staring into the abyss that is often a teenage bedroom can be soul crushing, but does it REALLY matter, in the grand scheme of things, if that’s what makes them happy? Teenagers have so much pressure on them from school and friends and social media – isn’t it better to save your confrontations for the things that actually have an impact on their physical and mental well being?

The newspaper article today agreed with me.

The parenting expert writing it said that it was a classic parenting mistake to nag teenagers to tidy their room, as it IS about them having control over their space. It’s much more useful, said the expert, to have conversations with them about things like consent, drugs and relationships than about how many plates they might happen to have under the bed.

Some people I guess might worry that if you don’t teach a child to keep their bedroom tidy that they won’t have that skill as an adult but I couldn’t disagree with this more. My bedroom was so ridiculously disgusting as a teenager that I once trod on my guitar and broke the back WITHOUT EVEN REALISING IT. I discovered it a few days later under a mountain of clothes and stuck it back together with masking tape and it sounded pretty good.

The fact though that I went through a phase of taking my mattress off my bed and sleeping on it on the floor, to give my bedroom more of a ‘ramshackle squat’ vibe, doesn’t mean that I’ve grown up incapable of keeping house. You only have to see how well colour coordinated my bookshelves are to appreciate that.

So that’s my thoughts on the matter.

Yes I encourage Belle to have a tidy up now and again, more for her benefit than mine, and I sometimes offer to help even, but I would never force the issue.

Why bother? Much easier just to shut the door and go and do something more interesting.

What do you think? Should you make a teenager keep their bedroom tidy or is it up to them?