A couple of weeks ago I found myself sat alone at the bar of a members’ only club in London, sipping prosecco and feeling that heady mix of nervous and excited as I messaged my family WhatsApp group.

‘What are you doing in London?’ asked my sister Annabel.

‘I’m going to a speed dating session being run by NatWest to show how easily you can be emotionally vulnerable to online scams,’ I told her. ‘I was MADE for this.’

‘Do the other daters know,’ asked Annabel, ‘or is the assignment to go in and try and scam them?’

‘I think they have to scam ME,’ I said, ‘but I know there’s going to be ‘a twist’. A behavioural psychologist is going to be there. Maybe they just watch and laugh at how gullible I am??’

‘You’re going to get so scammed,’ she said.

‘I’m going to get scammed RIGHT UP,’ I agreed. ‘Hopefully someone will step in before I hand over any cash.’ 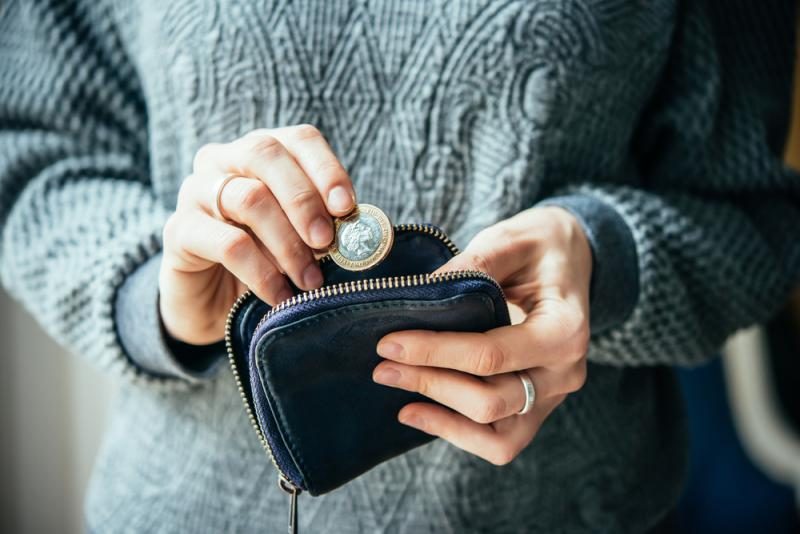 Because I wasn’t joking when I said I was made for this experiment.

Whereas Annabel’s standard position is to assume everyone is lying unless they produce scientific evidence to prove otherwise, it never occurs to me to even consider that a person might not be telling the truth. I take everything I’m told at face value and absolute trust is my default.

While I believe that this is a positive personality trait, in many ways, it does leave me vulnerable, especially when it comes to dating and relationships. When I agreed to take part in NatWest’s speed dating experiment, it was in the knowledge that anything that might make me a little more cautious about giving too much of myself away is probably a GOOD THING.

NatWest is embarking on a year-long campaign during 2018, focused on keeping customers safe and secure. The first phase of this is all about the importance of keeping personal information safe to avoid falling victim to online scams. NatWest want to encourage us to think carefully about who we share information with, especially in circumstances where we might be emotionally more vulnerable. According to some recent research by the bank, despite 78% of people apparently saying they feel protected from security risks, one in six Brits has admitted to security issues in the past. There is clearly work to be done.

We are all looking for someone to share stuff with, of course we are – someone to make us feel loved, who we feel knows us inside and out. But we also have to stay safe. It’s a balance between being open and honest, but protecting yourself, at least as you first get to know someone new.

Then when you grow up this can be you: 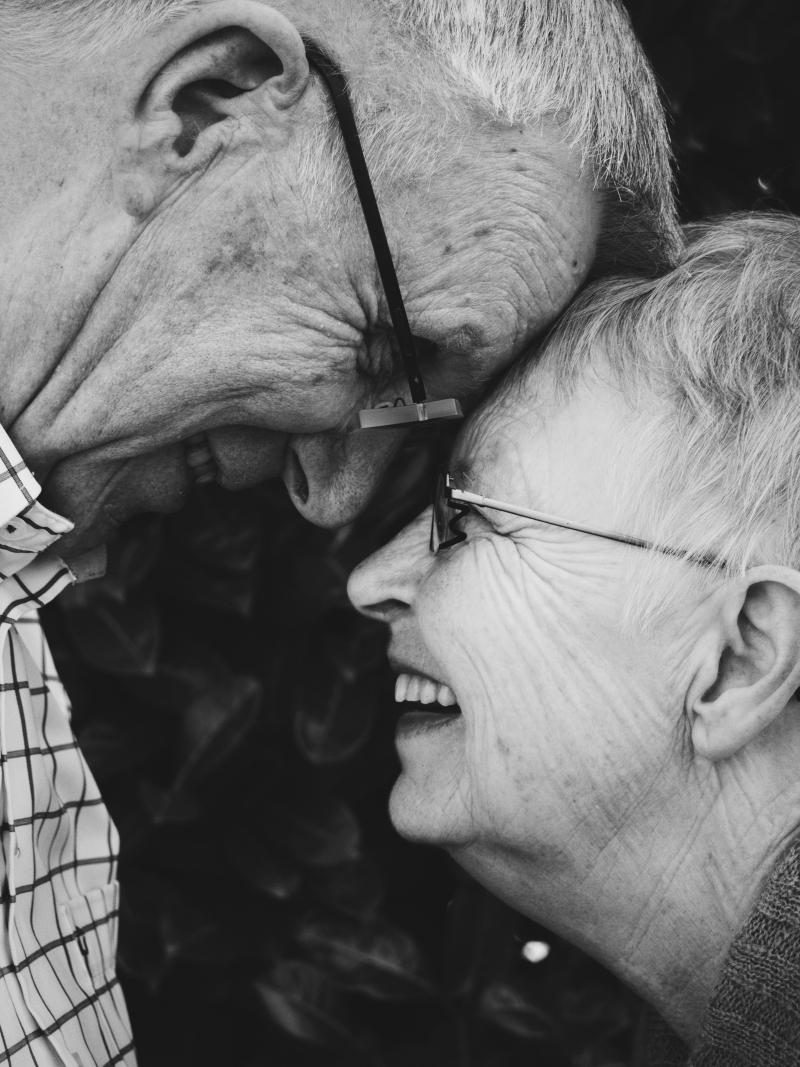 So there I was, being ushered from the bar into the speed dating ‘arena’.

I use the word arena here because it did feel a little bit like some kind of Gladiator scenario. All of the attendees were genuine singletons, members of dating agency Original Dating. They knew they were taking part in something a little bit unusual, but none of the daters apart from me knew at this point that it was an event about scams. There was speculation, circling, more prosecco – everyone was clearly intrigued.

I felt like a spy, undercover at an exclusive venue in central London. It was VERY exciting.

(I should add here that I didn’t actually deceive anyone, even though I *felt* like a spy. I am genuinely single after all, and although I didn’t tell every man I met that I was writing a blog post about the experience, I didn’t LIE about anything. I’m a rubbish liar. I’d be a terrible scammer.)

I had thought that this would be the point in the blog post where I could share some hilarious anecdotes from my dates, but honestly, most people actually seemed really nice and normal. There was the one guy who called himself a ‘carpet whisperer’ (?), but even he was pretty fun to chat to.

In fact, I enjoyed it so much that I’m dragging a friend to a non-scam related speed dating event in Bristol later this month. Fingers crossed I’ll have some good stories to tell from that one.

After about 40 minutes we were interrupted by our host, Laura Whitmore, who revealed to everyone that the night was an experiment to see how people use relationship building techniques and emotional manipulation to extract personal information, some of which could be used when trying to scam someone. She then shocked the room by telling us that two of the daters had actually been actors, planted to try to extract personal information from us without us knowing.

I had NOT known this bit.

I thought back to each of the conversations I’d had.

Although I was pretty sure I hadn’t given anything specific away, like my date of birth, that was probably less from my own cautiousness and more just because no one asked. I did remember telling someone where I was born though, and where I live now, and it would have been pretty simple for someone to extract more from me. When you think about how so many of us use things like loved one’s names as passwords, and the fact that 41% of the UK population use the same password for multiple online accounts, it’s obvious how easily we could be laying ourselves open to scams.

‘I’m a gemini,’ they could have said, ‘when’s your birthday? Let’s see if we’re compatible!’

I’d have been a sucker for it.

‘Ooh, let me read your palm to see if you’re destined to get married!’ 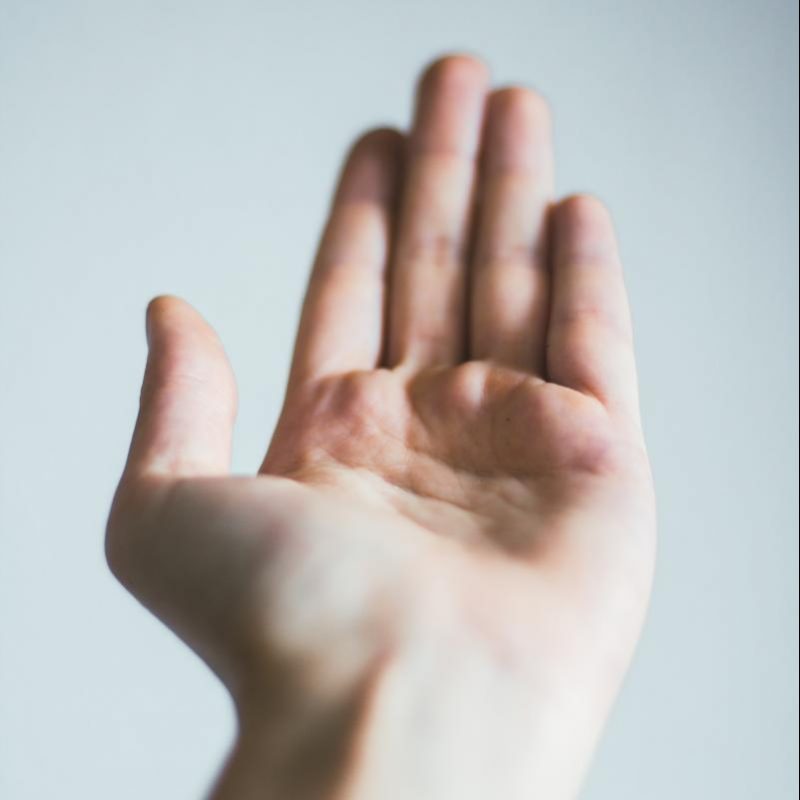 What’s even scarier was that even though I KNEW IT WAS AN EVENT ABOUT SCAMS, that fact totally failed to register during any of my speed dates. I had completely forgotten why I was even there until they stopped to reveal the twist. Quite possibly the fault of the prosecco, but more proof, if any were needed, how easy it is to find yourself off your guard.

If all this had made you nervous then fret not. Behavioural Psychologist Jo Hemmings and Jane Howard, Managing Director at NatWest, have some tips on how to avoid falling prey to scammers online and even in emotionally charged situations. It doesn’t mean you have to close yourself off to new people, or become horribly cynical and suspicious. It’s just about taking the time for yourself to be sure that you’re making the right decision to keep yourself safe.

Have a watch of this video and find out how you can make simple changes to help protect yourself from scammers and to see the speed dating in action:

I’m sure you’re all keen to know whether or not I met any potential partners!

Well, this was a bit of a tricky one. On the one hand I wanted to tick yes to everyone just to see who matched with me, (for research purposes obviously), but in the end I decided that that would be a bit misleading for people, given that I’m not actually looking to date anyone in London.

I did tick yes to a couple of people who I thought might make fun friends, and one was a match, but then the Original Dating site teases you – ‘five people ticked yes for you!’ Only you can’t see them, because you didn’t pick them.

So maybe true love really WAS just around the corner. Or perhaps I avoided a scammer? I guess we’ll never know…