I had a day last week where I looked at the step counter on my phone and it said ‘789’.

For an ENTIRE DAY.

(Can I just say, in my defence, that I don’t have anything on my wrist, so it does only count steps I do whilst I have my phone on me and not things like walking into the kitchen to make a cup of tea, but still.)

I was about to say it because it’s winter – the cold etc – but then I checked myself, because it’s not really that at all, I’m just a lazy bones. I don’t play any sports, I do not RUN, (*shudders*), and unless it’s towards the packet of rich tea fingers on the floor by my chair then stretching doesn’t feature high on my list of activities either.

In fact, my own laziness was a big part of the motivation behind me getting an office a couple of years ago. When you work at home those 789 step days can become a common occurrence. At least now, (most days), I walk to my office and back. Unless it’s pouring with rain. Or I can think of another legitimate excuse.

But still. It’s a bit lame.

What’s especially lame is that once I’m actually out and walking, I really quite enjoy it. It’s a bit like the washing up – it STARES at you, taunting you, making you imagine how AWFUL it’s going to be, but it’s never as bad once you start.

I’m going to hit 40 in a few months though, and I really don’t want to become one of those middle aged ladies who groans getting in and out of chairs.

So I have decided to take action.

It’s clearly not enough for me to HAVE a step counter, I need other people to SEE my step counter. I need to be shamed into taking action. I need to feel that competitive instinct – the one that doesn’t let small children beat me at SNAP.

(They don’t learn if you let them win.) 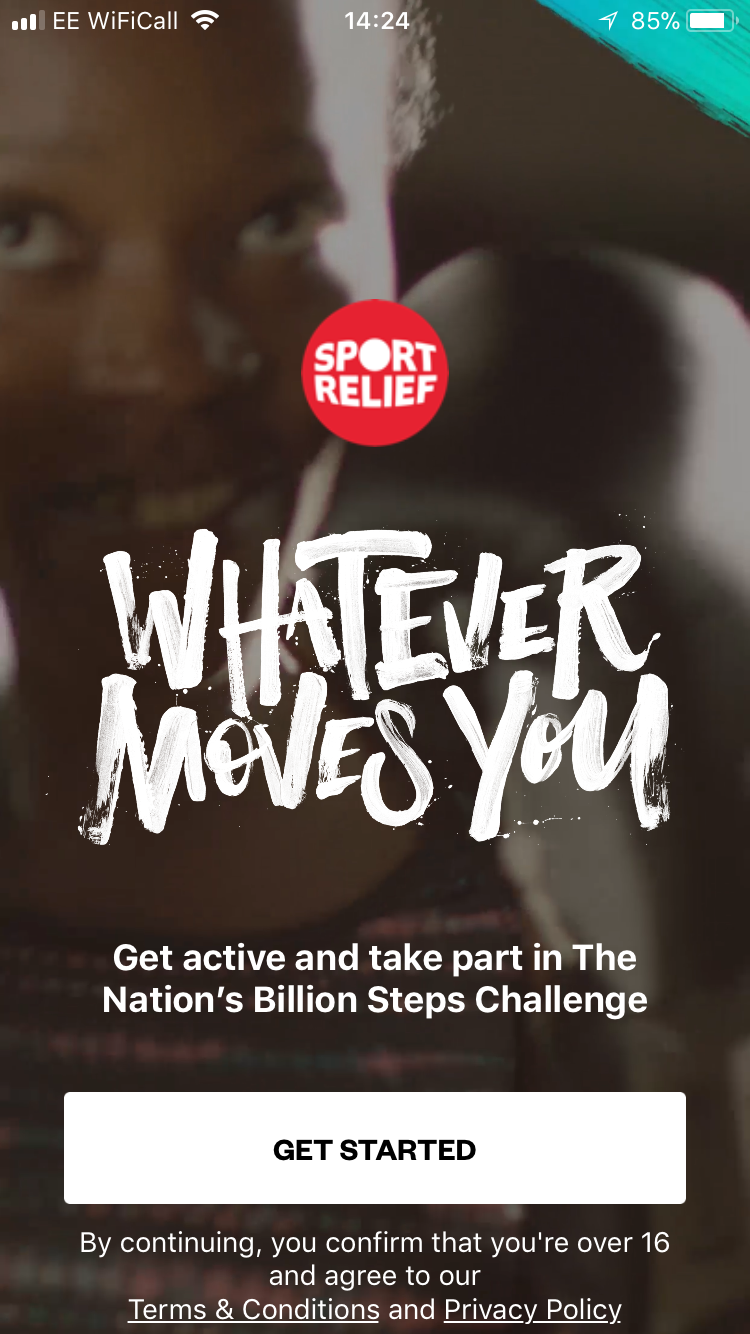 If anything I have said so far sounds AT ALL familiar, then you need to get the app too.

As well as being a step counter, which obviously is useful, the Sport Relief app brings you together with other people to give you that extra incentive to get up and move about.

To ease you in, I’ve set up a Slummy Single Mummy league. You can join us here and then nag me repeatedly when you don’t feel like I’m pulling my weight. Being held accountable makes a massive difference. 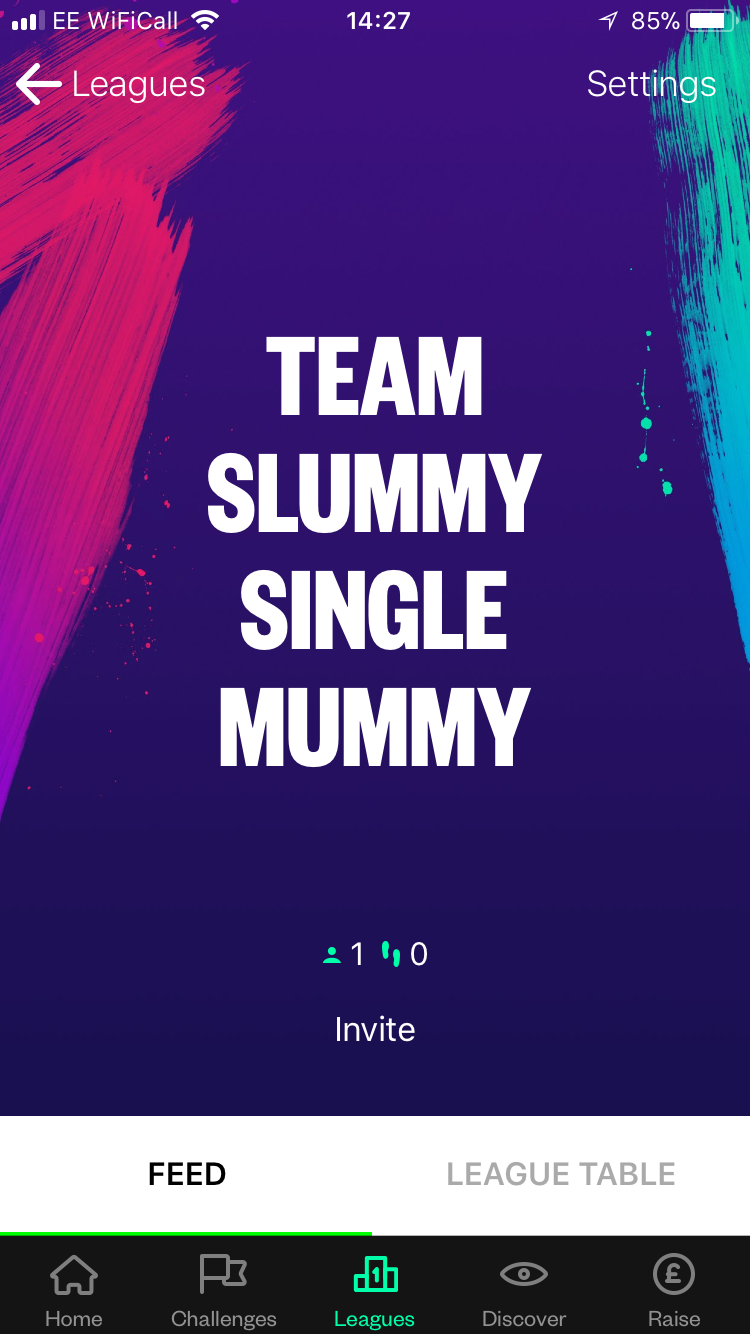 The app pulls your steps in from your phone or other device and compares you to other people in your league. I know, I know, comparison is the thief of joy and all that, but sometimes you NEED to hold yourself up to other people to inspire you to do your best.

(Although I feel like however much I hold myself up to Claire McGowan I am never going to do as many steps as her – this woman is a STEP FIEND.) 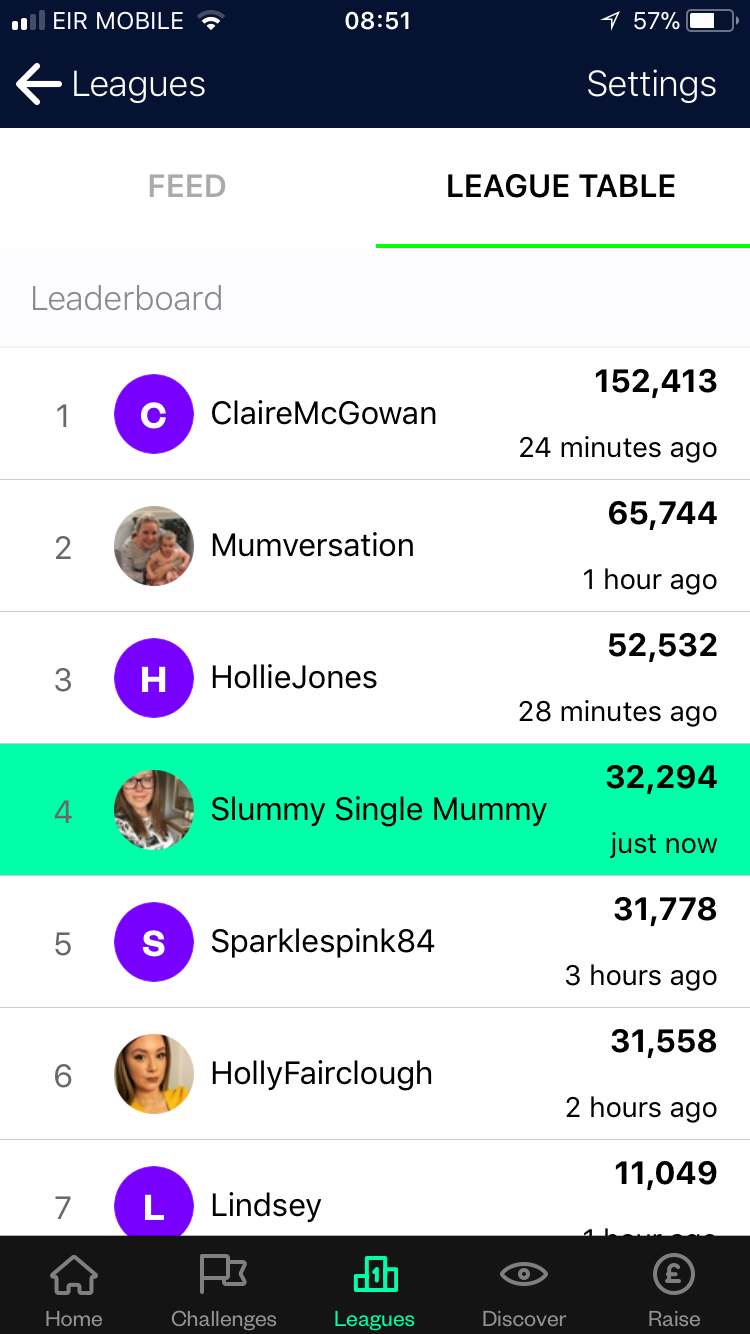 Within the app you can also set up a really simple Sport Relief fundraising page that you can then share quickly with your own personalised link and through social media. I’ve you’d like to make a donation to my page then I would MASSIVELY APPRECIATE IT and I promise I will get up and walk about a LOT for every donation.

So put down those rich tea fingers, have a stretch, and get moving.