Last year I discovered the joy that is vacuum packing a duvet. I’m a woman of simple pleasures, one of which, it turns out, is watching all the air get sucked out of bedding.

IMAGINE MY DELIGHT then, when I realised you could do it to food too!

The idea behind the FoodSaver Fresh preservation system is simple – keep food fresh for longer and so spend less on shopping and throw less food away. As someone who hates food waste, and will eat out of date yogurt rather than put it in the bin, you can see the appeal.

You can use your FoodSaver Fresh for anything where you want to keep fresh food fresher for longer, whether it’s that second half of your avocado in the fridge, or baking supplies in the cupboard. Air is the enemy of freshness, so the FoodSaver Fresh locks out air and moisture, meaning your food doesn’t spoil as quickly.

The FoodSaver Fresh preservation system has two elements. First up you have the machine itself, which I’m guessing is essentially a mini hoover. It’s a nifty size, and doesn’t take up a huge amount of space on the worktop: 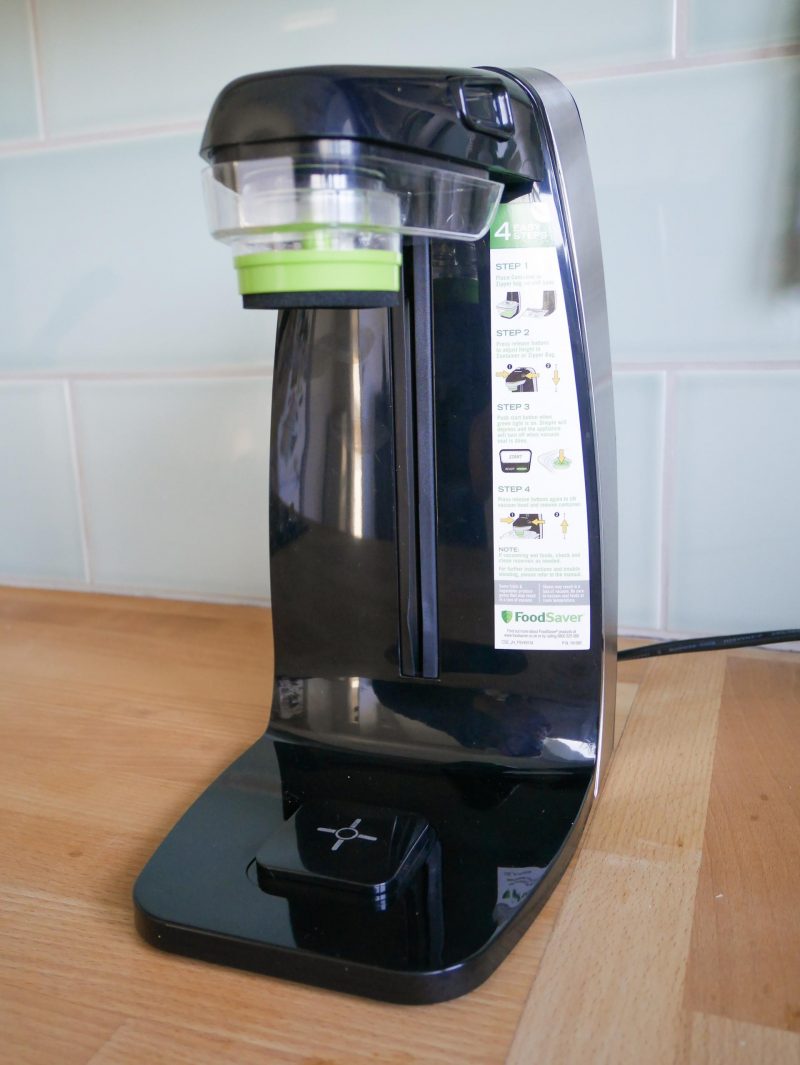 Then you have your specially designed containers. You can use either square canisters or bags with the FoodSaver Fresh preservation system – let’s have a look at the canisters first.

This week I had the perfect opportunity to test them out, as we had our monthly business networking night. (I co-host a group in Taunton called Word Gets Around if you’re interested.) Now I’m not saying that the evening buffet was the ONLY reason I got involved, but let’s say it was a big factor. As often happens with buffets, there are always masses of leftovers, and every month I wish I’d taken containers to bring it home in.

This month I did. 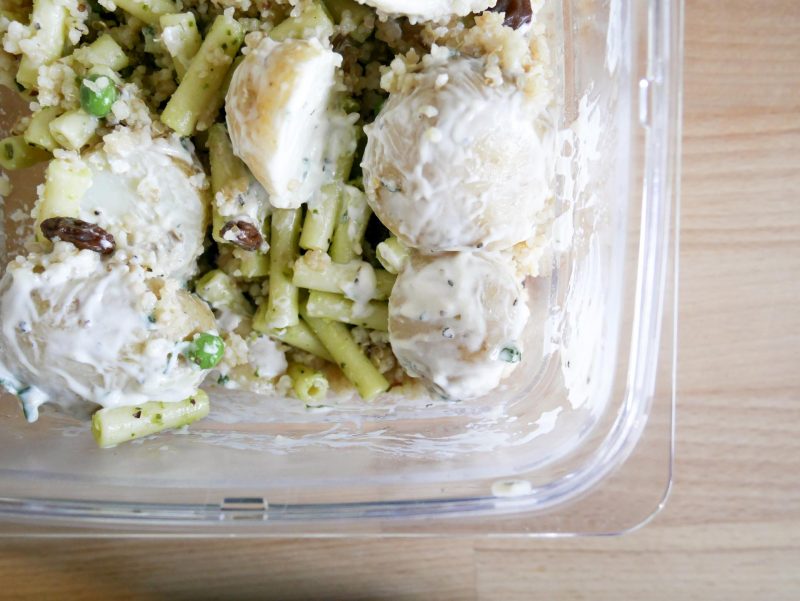 Once you’ve filled your canister, (being careful not to go over the ‘max’ line), pop on a lid, pushing it on nice and tightly, then place it onto the bottom of the FoodSaver Fresh machine. The machine has a little square that sticks up, which matches up with a indent in the base of the canister, so you know you’ve got it in exactly the right place.

On the top of each lid are two buttons. One is the seal, where the air gets drawn out, and the smaller one is an indicator – it pops inwards when the box has been vacuum sealed. When you want to open the FoodSaver Fresh canister, you just have to press the larger button to release the seal.

Next, squeeze the arm and lower it into place. When it’s in the right place and ready to work its magic, the green light will come on. 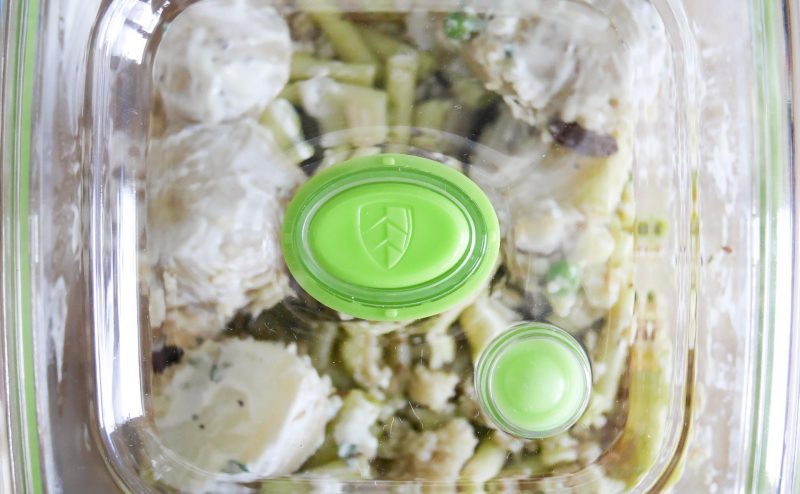 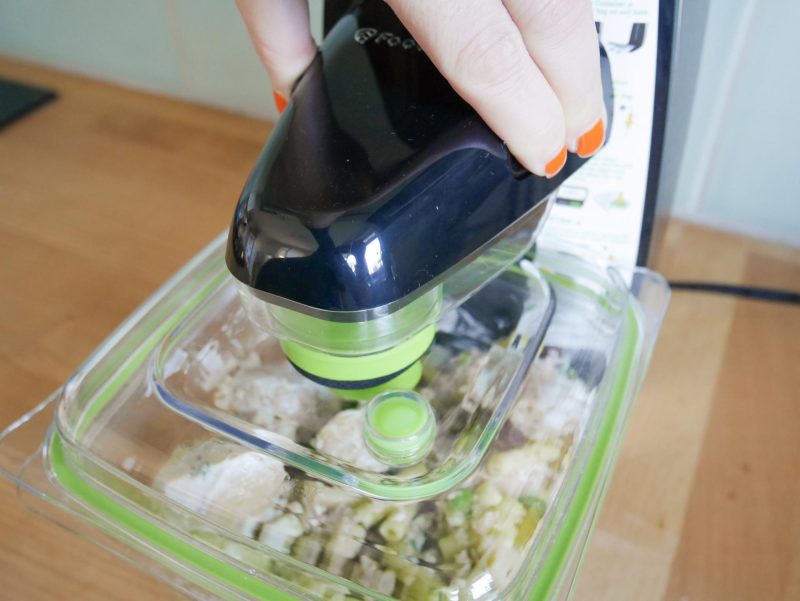 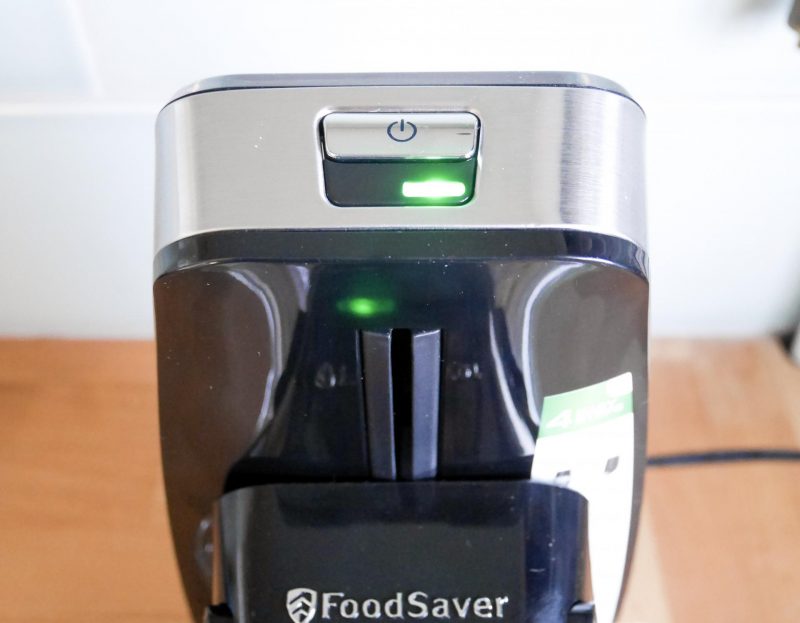 Once the light is on, you just have to press the power/start button once, and the FoodSaver Fresh preservation system whirrs into action. You’ll see the little green circle on the lid depress, and the machine will stop automatically once it’s finished.

Raise the arm again and that’s it!

Remember that I’m the woman who gets confused using remote controls, and so if I say the FoodSaver Fresh system is simple to use then it really IS simple to use.

I have to say that although the canisters are amazing, and would be ideal for things like taking leftovers to work for lunch the next day, the bags are my favourite, (because they are most like vacuum packing a duvet.) They’re best avoided for items that might lose their shape easily, like a cake or something squishy like that, but they are perfect for pretty much anything else, like fruit, vegetables, cheese or cookies. (Not that I normally have cookies long enough for them to NEED vacuum packing.)

I’m definitely going to use them for crackers. I had to throw away half a box of crackers the other day because I’d opened them, had a few, and then forgotten they were in the cupboard. I felt terrible about it, and I did TRY to eat them, but they were too soft and manky, even for me.*

Sealing the FoodSaver Fresh bags works in exactly the same way as the canisters – just line up the seal, lower the arm and wait for the green light. I tried it on some crisps, which I’d bought in a large bag and not wanted to eat all in one go. 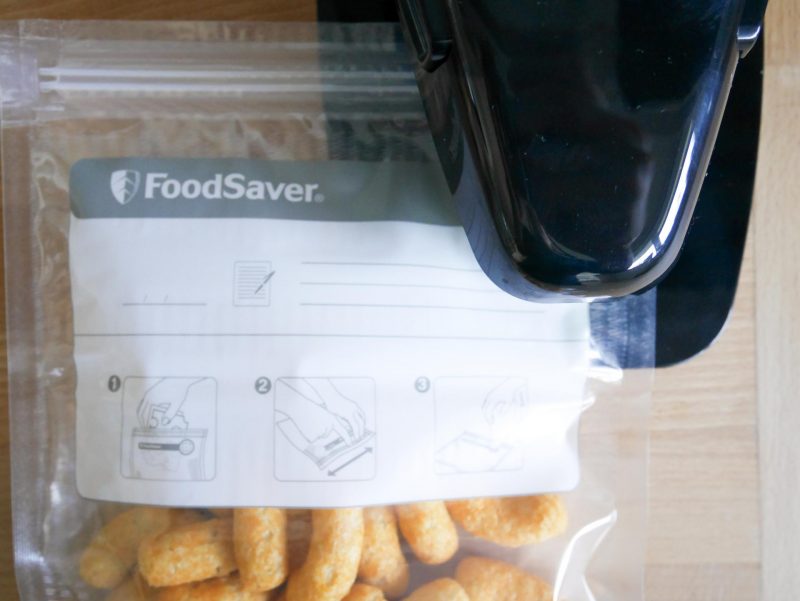 Press the start button and prepare to have your MIND BLOWN as you watch all the air get sucked out, duvet style, until your crisps look like crazy space food: 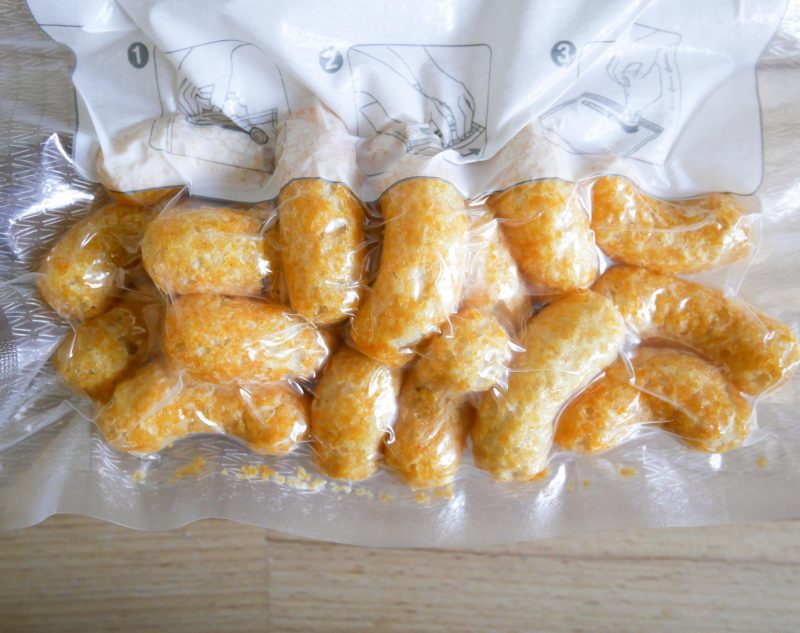 I quite want to try vacuum packing other things, like small toys or flowers or something, just to see what it looks like, but probably best not. Although… I did read somewhere that vacuum packing silver can be a good idea, and how cool would it be to vacuum pack your jewellery to go on holiday?

The other thing the FoodSaver Fresh preservation system is great for is marinading. The vacuum process opens the pores of the food and helps it absorb the marinade more quickly, so you can significantly cut down marinading time while still getting the flavour. The base of the square canister is microwavable too, so you can re-heat things directly.

All in all then, it’s a pretty cool thing.

I’m going to be conducted some FoodSaver Fresh related experiments over the next couple of weeks, so do keep a lookout for that. If there are any particular foods you’d like me to test the system with then please do leave a comment and let me know, and I can include them in my next post.

Find out more about the FoodSaver Fresh preservation system here.

*Confession time – I chewed one for about five seconds and then spat it out into my hand as I didn’t want to waste the calories. Sorry if that’s a bit gross but it should be reassuring for all those people who say things like ‘you’re not really that slummy are you?’