I’ve been sleeping on my new Simba Hybrid mattress for over a week now. (Night times only, not non stop.) 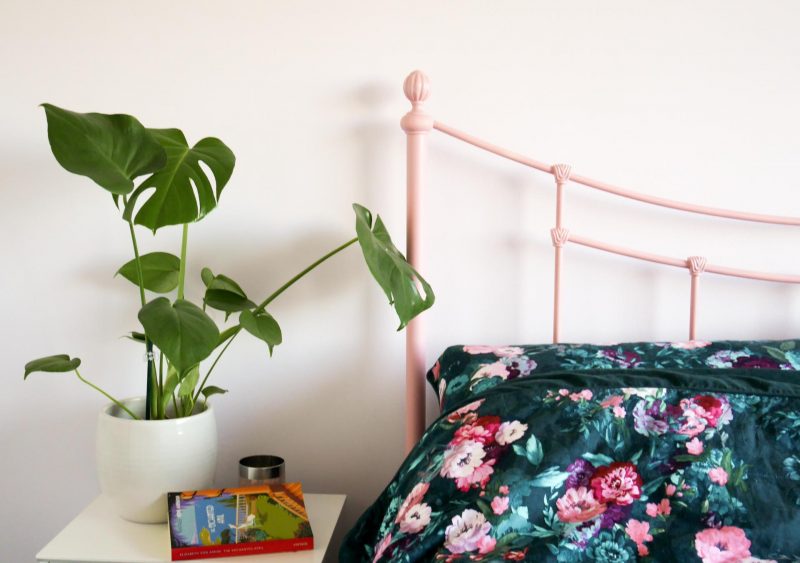 I love it, and even better, you can love to it! Use my link to claim your Simba discount code for £75 off, plus I’ll earn a little bit of extra cash too. Everyone’s a winner!

I’ll be totally honest – I was expecting NOT to love it. In fact, so sure was I that I would want my old mattress back, that I didn’t take advantage of their ‘we’ll take your old mattress away’ offer, and now I have a double mattress in my spare room to somehow get to the tip in my Renault Clio.

My scepticism was nothing to do with Simba, it was just that I really did love my old mattress. Plus you can read ‘The Best Mattresses Guide‘ as often as you like, but you just don’t know until you’re lying on something.

I’ve had mild back issues since a car accident years ago and I’ve never found a mattress that I like as much, even in fancy hotels where they claim to have amazing beds. I tried to think about it logically though – my old mattress is at least seven years old, and has been through two house moves, so how long exactly was it going to go on being comfortable? Also, having recently separated, a new mattress felt like quite a cleansing thing. Fresh mattress, fresh start and all that.

Plus I was offered a Simba discount code to pass on to you, so I thought it would be the nice thing to do.

So I took the plunge and said yes to testing the Simba Hybrid mattress. 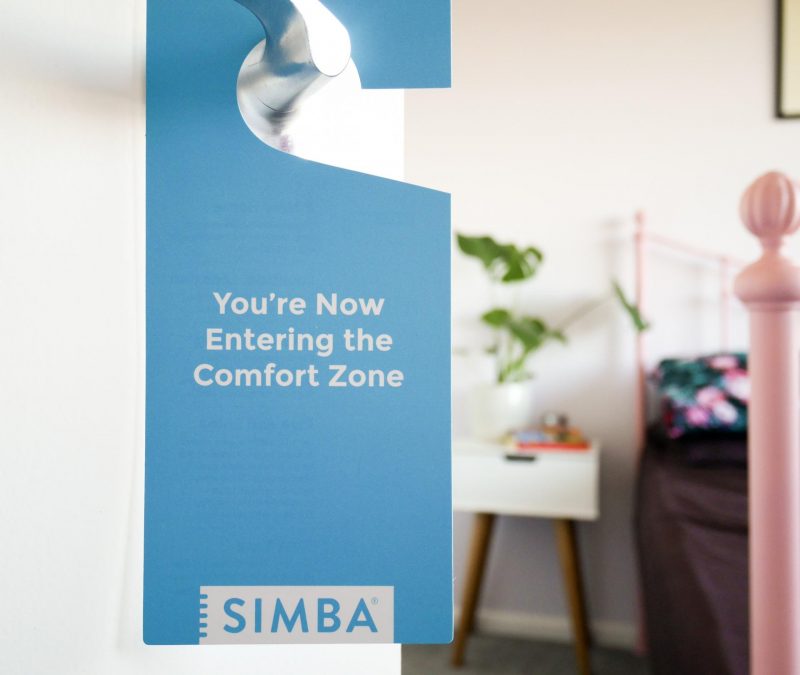 It comes packaged up with all the air sucked out of it, rolled up like a sausage roll and inside a big cardboard box. This is useful in terms of space, but keep in mind that it’s HEAVY. I was on my own, and I did manage to wrestle it up the stairs in a sort of undignified manner, but it wasn’t easy, so you might want to have a helper for that bit.

The cats looked confused too. Where was the comfy bed they usually slept on? 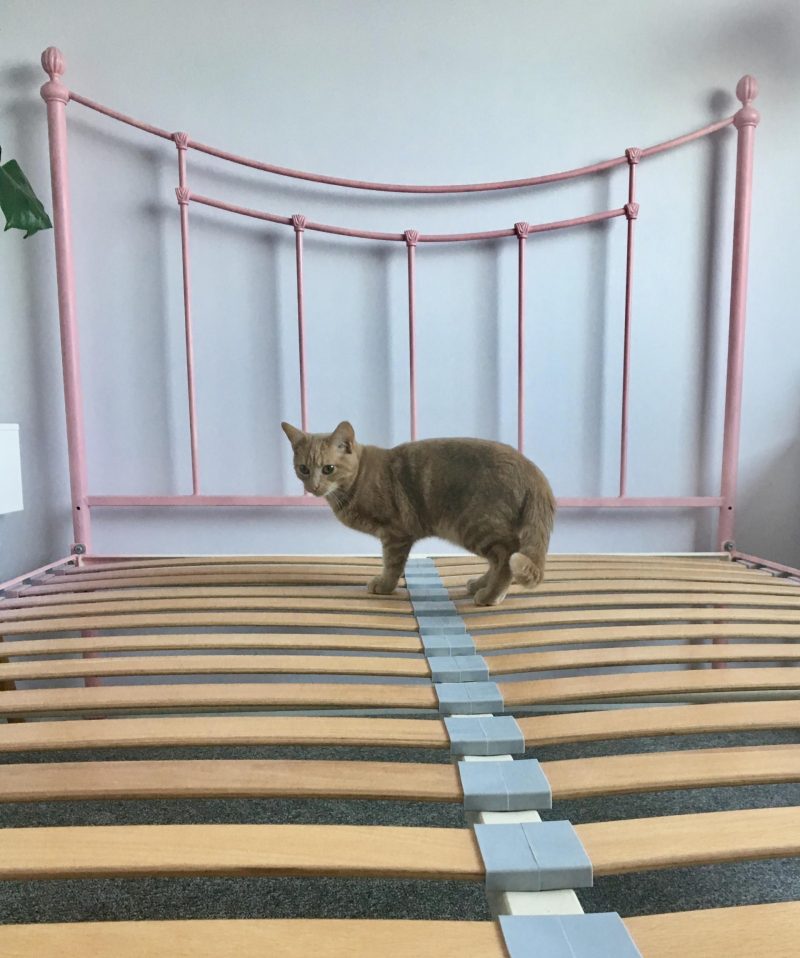 Once it’s in place, you open up the packaging with the handy slicing tool that’s including in your parcel. It’s quite fun, because it starts to hiss and slowly expand until it fills the bed. It takes a few hours to fully take shape, and a couple of days to settle completely, although you can sleep on it in the meantime. 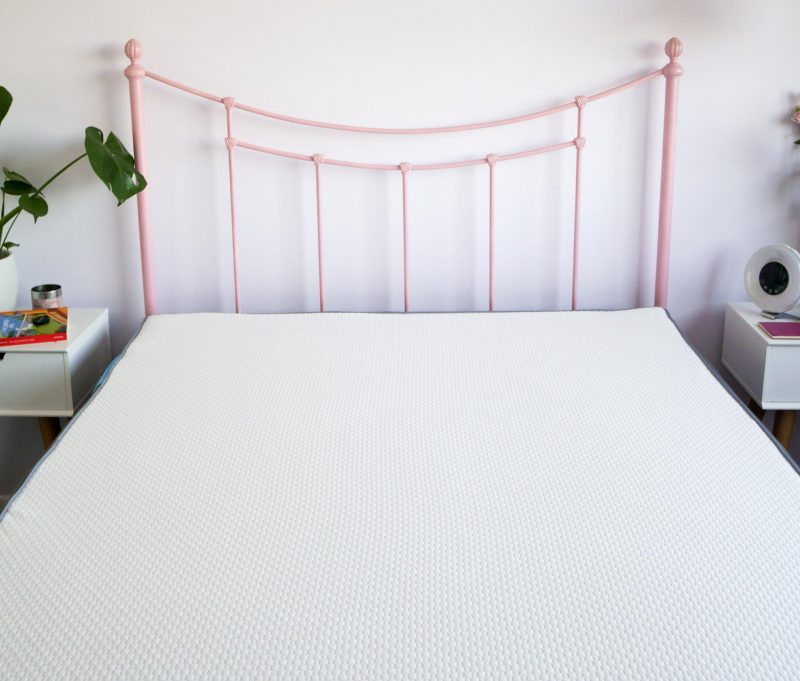 The Simba Hybrid mattress is made of five layers, including a layer of memory foam and a layer of ‘Simbatex’, a unique material designed to give ‘cool, gentle support.’

At first it felt quite firm, which I think memory foam tends too. I was worried that it was going to be TOO firm for me, as I like to sleep on my side and sometimes my front, and so I do like a little bit of give. I was all prepared to be complaining about it in the morning to Belle. 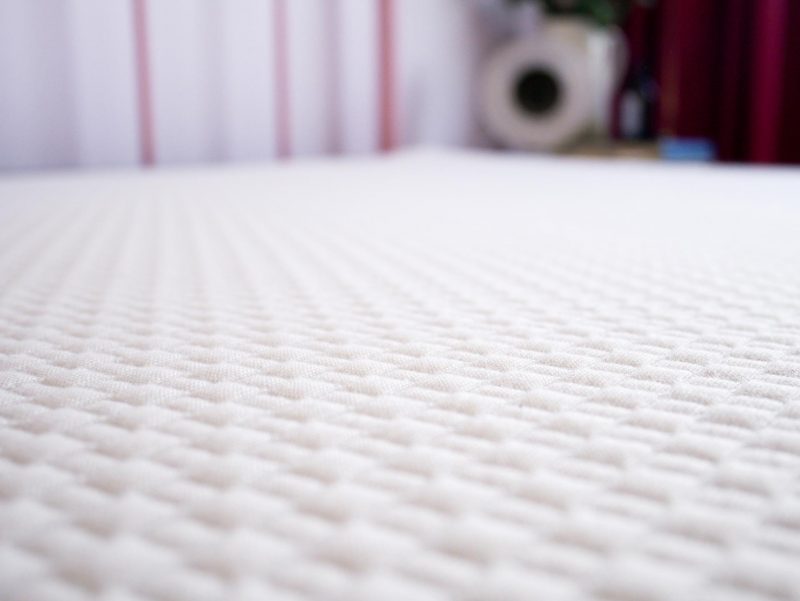 Instead what happened on my first night was that I had a crazy long dream about being a kind of human broadcasting channel. I was talking to a group of people, (baddies), but warned them that everyone else in the entire world would be able to hear the conversation and that it would be automatically translated into different languages. I was also able to make people do things simply by saying them out loud. Not gonna lie, I felt pretty powerful.

When I have feature-film style dreams like this I know that I’ve slept well. Rather than tossing and turning and being kind of half aware of being awake, I get properly immersed in the action of the dream, and it takes me a little while when I wake up to realise that I CAN’T make Belle get up just by telling her to.

The Simba Hybrid mattress is also ideal for couples, as it’s designed to adapt to two different individual sleeping positions independently without anybody having to sacrifice a good night’s sleep. Unfortunately it does NOT have the technology to stop you waking up to find a kitten has stretched themselves out in the very centre of your bed, meaning you either have to kick them off or curl yourself around them. I do the later because I am a softie and I love having them there.

I mean, come on, look at them: 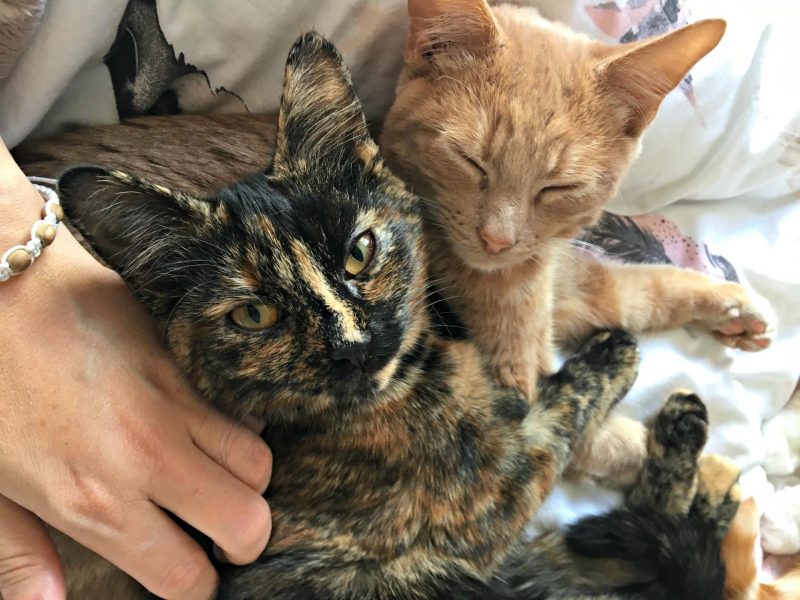 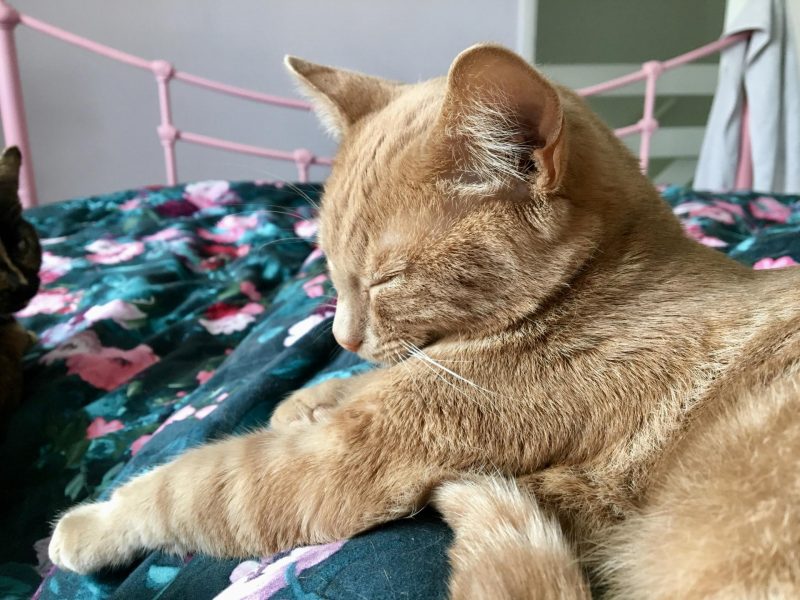 If like me you’re nervous about trying a new mattress, then don’t be.

Simba appreciate that it’s a big investment and so they offer a 100 day trial. If you’re not totally in love with it then you can get a full refund and they’ll donate your mattress to a local charity or recycling centre whenever possible. They also offer free delivery and a ten year guarantee.

On top of all this, you can currently get £75 off the price of a Simba mattress with my exclusive discount code. (Ooooh!) I do make a small commission on each purchase, so you’ll know you’re helping to keep my kitties in treats too.

To find out more about the Simba Hybrid mattress and claim your £75 Simba discount code then follow my link now. 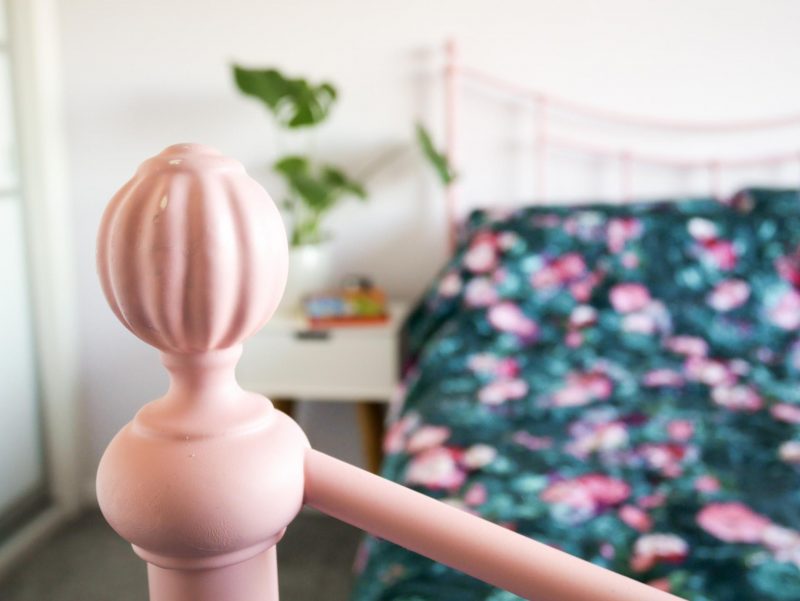 I was sent the Simba Hybrid mattress for the purposes of this review and if you do buy one of your own through my link I will earn a small commission. All opinions are totally my own.