I bought a new camera this week.

It’s smaller, neater, smarter and generally better than my old camera, but it’s currently sat in its bag on the table because I am scared of it.

I can switch it on, and take pictures with it, but it has all of these buttons and functions that I just don’t understand. It troubles me.

I tried looking up the manual online, to help me out, but it had lines like this in it:

When using an interchangeable lens with O.I.S. switch (such as H-FS14140), stabilizer function is activated if the O.I.S. switch of the lens is set to [ON].

I tried more slowly, thinking that if I took my time over it, it would make sense.

Okay, you might think, maybe I don’t need to actually know about the interchangeable lens thingy, perhaps I’m overreacting, but the trouble is that this terror doesn’t just happen with complex things.

Let’s say we go away to stay somewhere for the weekend. We get there, and we’re settling in. I’ve put the kettle on, unpacked my suitcase, and perhaps I want to watch a bit of TV. I pick up the remote control and BAM!

I might as well be sat at one of those big air traffic control desks. I literally have no idea where to start. All the buttons look the same – they are all staring at me, laughing silently to themselves because I don’t know which one to press and it scares me. I feel like if I look away, they might all quickly change places, just for jokes. 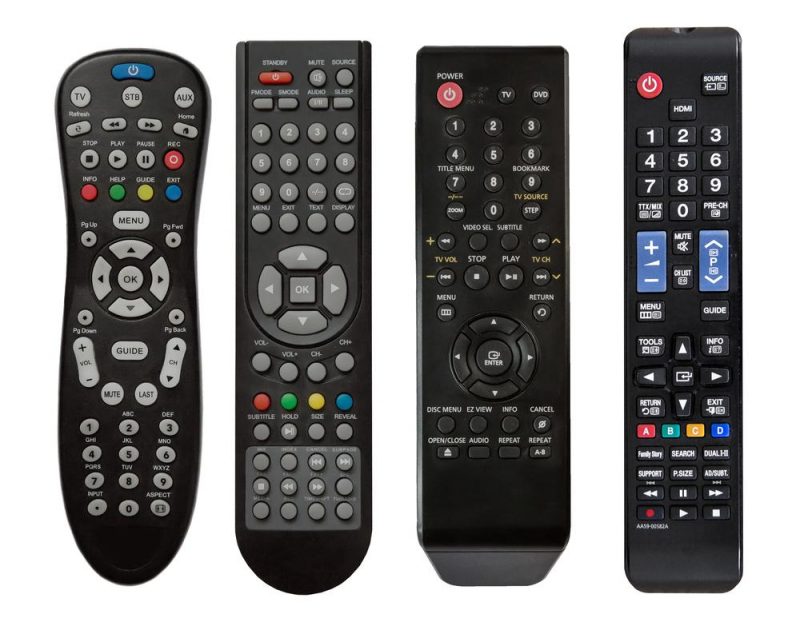 Seriously, look at these things – does anyone in the whole world actually know what every single button does? Do they even all have a function, or are they just put there by people who understand technology to keep the rest of us in our place??

Is this just me?

Douglas Adams had it about right when he wrote this in The Salmon of Doubt:

“I’ve come up with a set of rules that describe our reactions to technologies:
1. Anything that is in the world when you’re born is normal and ordinary and is just a natural part of the way the world works.
2. Anything that’s invented between when you’re fifteen and thirty-five is new and exciting and revolutionary and you can probably get a career in it.
3. Anything invented after you’re thirty-five is against the natural order of things.”

This is so true isn’t it? A newborn baby could probably download the Ocado app and do an online shop if you left them near a iPad for a few minutes but me, I’m 39 and destined to have the same phone for the rest of my life because I can’t bear to think about learning how to use a different one.

I feel especially unnerved by all of this because I have made myself a whole bloody career out of digital technologies. Well, that’s all bound to go tits up isn’t it, if I can’t even switch on Sky in a stranger’s house?? Who is going to want to work with me if I start saying things like ‘I have 11,000 followers on The Facetube’??

Does anyone else feel like they’ve lost their grip on the modern world??