I am in partnership with Argos to launch the new range of My Little Pony accessories and toys.

I wrote recently about our trip to the zoo and the importance of embracing our inner child, so it shouldn’t really come as a surprise to see me tweeting things like this:

I have mainly spent this evening brushing the hair of my new My Little Pony pic.twitter.com/jyzAc0Cyqk

Yes, that’s Rainbow Dash. I’ve decided that she is quite possibly my favourite ever My Little Pony because she has HAIR THE COLOUR OF RAINBOWS. (You can’t see it all in that photo, because I especially curled the red section neatly around the front and the other colours are behind her.)

The night that I took that photo, I sat with her on my lap for two hours while we watched TV, combing her hair, winding it around my fingers and separating out the colours. There was something quite magical about it – a bit like having a pet. I felt relaxed and content.

I remember as a child being jealous of my ponies’ hair. I’ve always had pretty rubbish hair – it’s very fine and won’t do anything at all that you ask it to – but my My Little Ponies, well, their hair was special. There was something about how it came out of the top of their head and curved around their face in a way that I knew mine would never do. It made them look demure and sophisticated and mysterious – all of the things I imagined I would be when I grew up, if only my hair would wave around my face like that.

Alas, it never did.

Fortunately for me, there is more to me than just hair, just like there is also more to My Little Pony, as my Twitter poll shows:

My Little Pony fans – what makes you LURVE them more?

(Apparently it’s just me obsessed with their manes.)

One of the things that makes My Little Pony such a great toy is that they are extremely portable. Pop a brush and a couple of hairbands in your pocket, slip a pony in your bag, and you’ve got hours of fun on the go. To make the point, I took Rainbow Dash out with me when we went for a day out with Bee. We went to meet her from work, (she works in Starbucks), and Rainbow Dash sat very nicely with a latte. 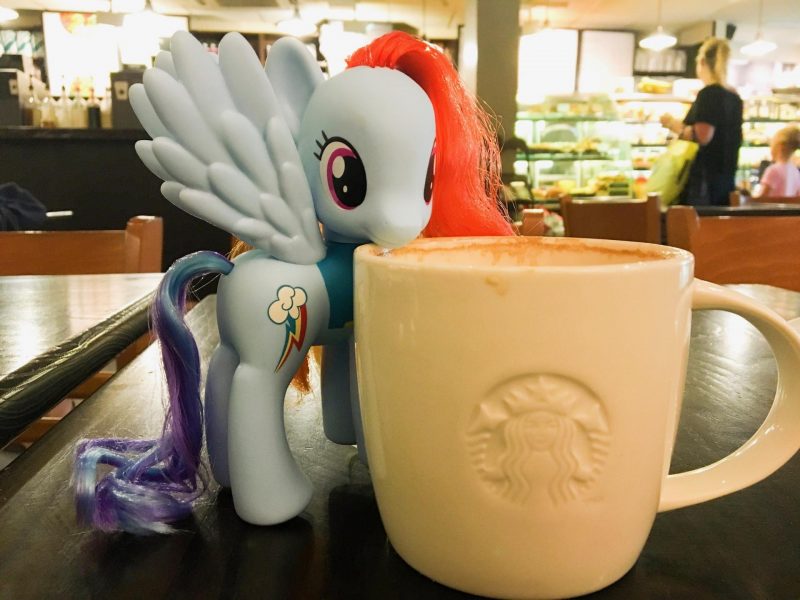 She was extremely well behaved.

And doesn’t she look perky afterwards? I swear I just gave her decaf. Note to kids – real ponies should not drink coffee. 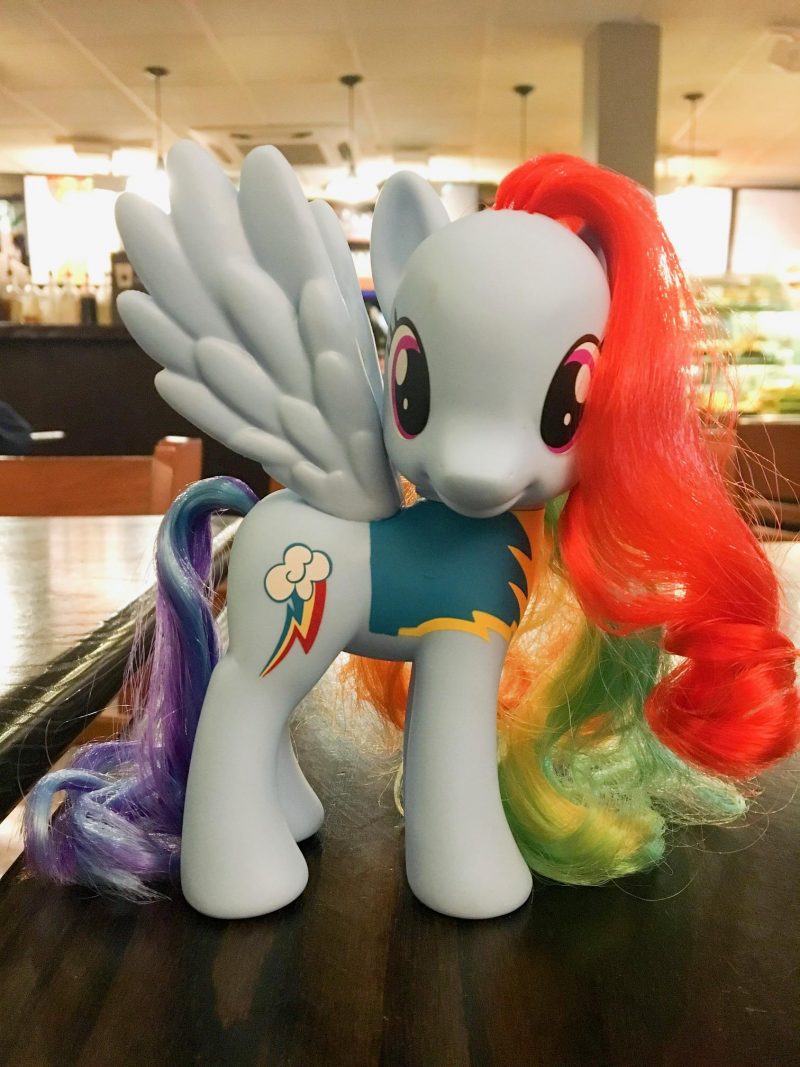 A far better choice for a pony is a nice juicy apple, which is why Rainbow Dash has been really enjoying it at our house. Our neighbours* have a lovely big apple tree, where I’ve been letting her spend her afternoons, frolicking happily in the branches with her friends and munching her way through apple after apple: 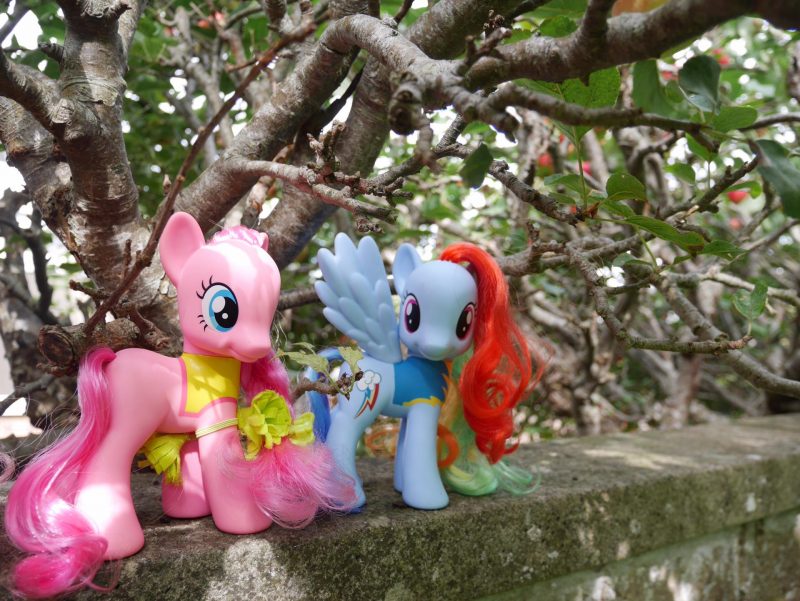 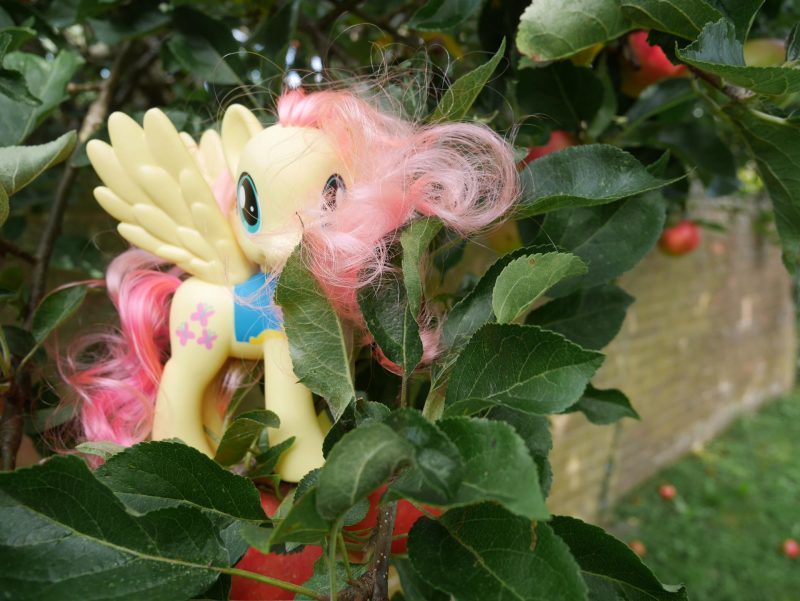 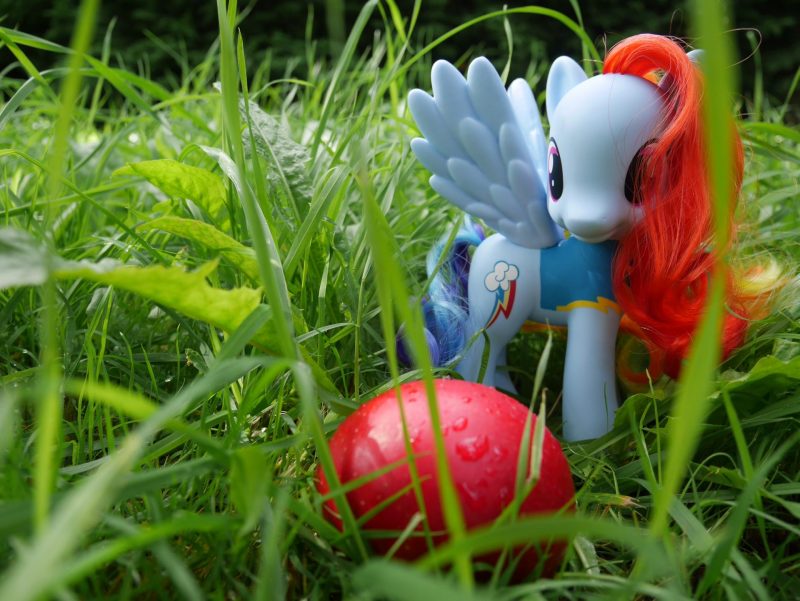 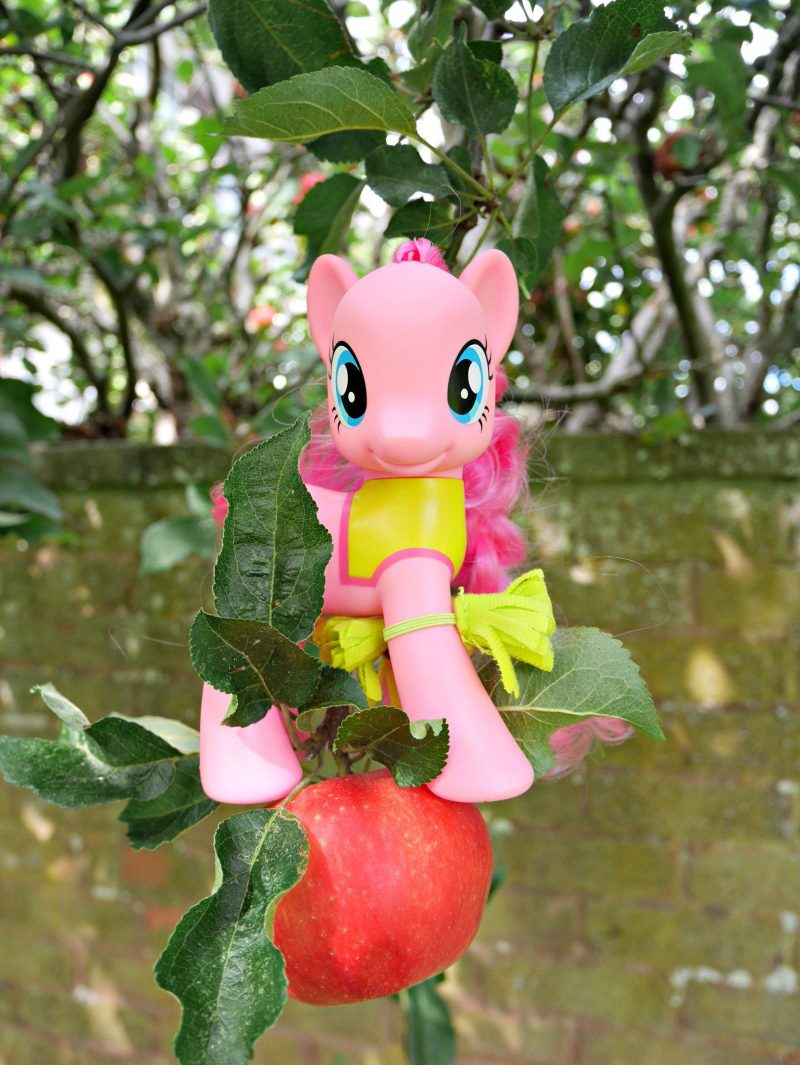 My point is this – I am a 39 year old woman, who can amuse herself brushing the rainbow hair of a My Little Pony and arranging it into silly poses in the street. Just IMAGINE the fun an ACTUAL CHILD could have!

These particular ponies are part of the My Little Pony Wonderbolts 6in Collection Pack from Argos – one of over 30 new My Little Pony products available at the UK’s number one toy retailer. Whether you’re looking for a main birthday present or just have some pocket pocket to spend, there’s something to suit every budget, including figures, movie sets and accessories.

If you’re keen to start on the My Little Pony fun as soon as possible, don’t forget Argos’s market-leading Fast Track services – nationwide same-day home delivery for just £3.95, seven days a week, and faster collection in 800+ stores for no charge at all.

Check out the My Little Pony range at Argos now. 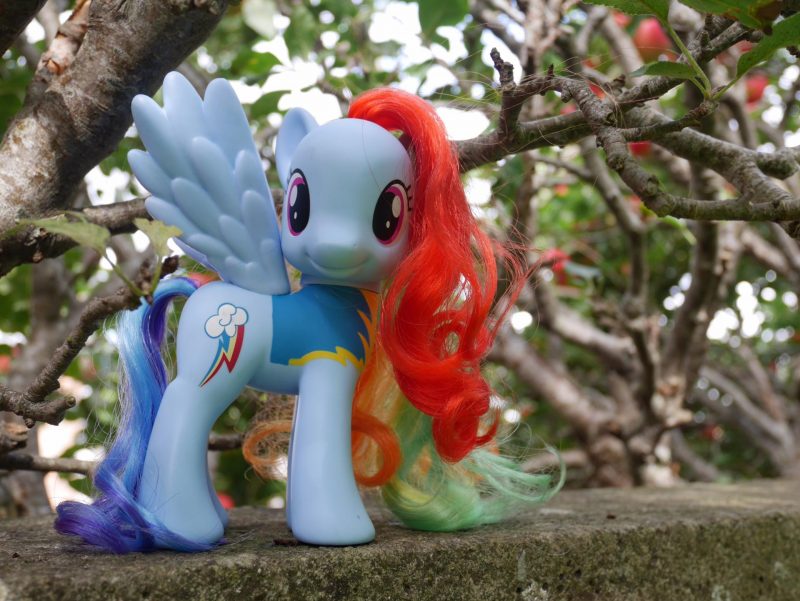 *See what I did there?