Because we’ve already been. Sorry.

I mean you can still go obviously, but we won’t be there. Which might be preferable.

I didn’t really expect that I would get to my 23rd year (GAH!) of parenting, and have my oldest child ask if we can go on a trip to the zoo in the summer holidays, but that’s kind of why I wanted to write this, because I think more people should do things that are FUN, like going to the zoo and buying tiny lion fridge magnets in the gift shop and making them ride around the revolving doors at Pizza Express.

Just as an example.

Or you know, climb into a giant penguin egg, or whatever. 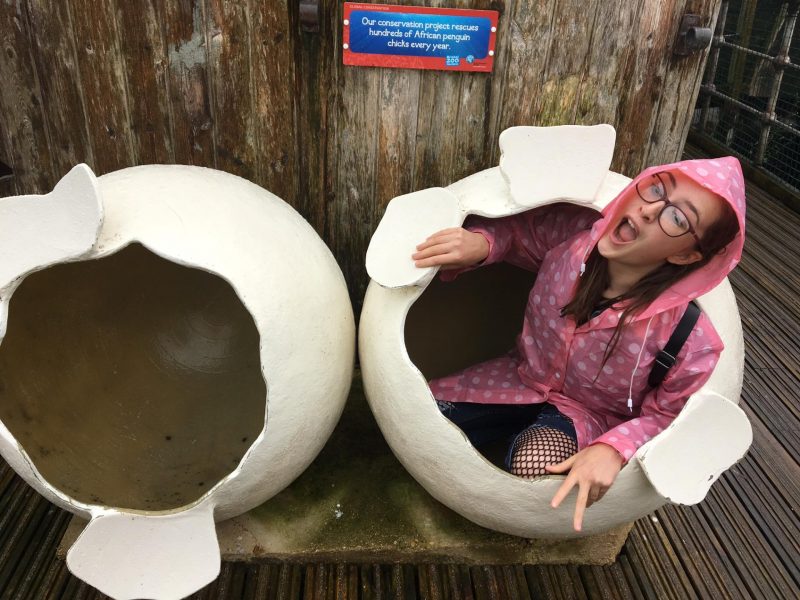 We were in the penguin enclosure.

‘Do you remember when we came here for my seventh birthday with Hannah?’ said Bee.

‘Isn’t it weird that Hannah is 22 now and married and living in Singapore? And I’m, er, still at the zoo?’

(She has left the zoo in between.)

That’s okay though. We don’t all have to get married and move to Singapore. We are allowed to be 22 (or 39 in my case) and still like looking at penguins. Especially these penguins, which I thought looked like they were setting up for a rather macabre game of Whack-A-Penguin, all poised in these little tunnels, ready to pop out. 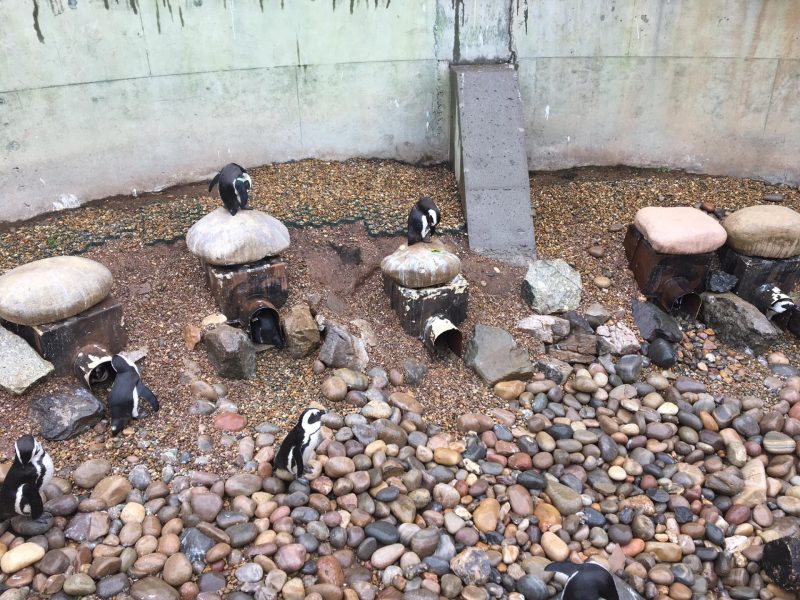 I sometimes feel like my parenting has lacked a bit of direction at times, like I’ve not had a clearly defined set of rules. I wonder if it comes from becoming a parent so young, before you’ve had a proper chance to think about what’s actually important to you, or what stuff you care about, but then I suspect that a lot of parents feel a bit unsure of themselves, however old they are.

One thing that I’ve always tried to avoid though is pushing Bee or Belle to grow up, or feel like they have to be SENSIBLE all the time. Don’t get me wrong, they are independent and resourceful and know how to do things, but there is so much shitty stuff in the world, and so many dull things that you have to think about as a grown up, that sometimes you just need to stick your head into a bat cut out don’t you? 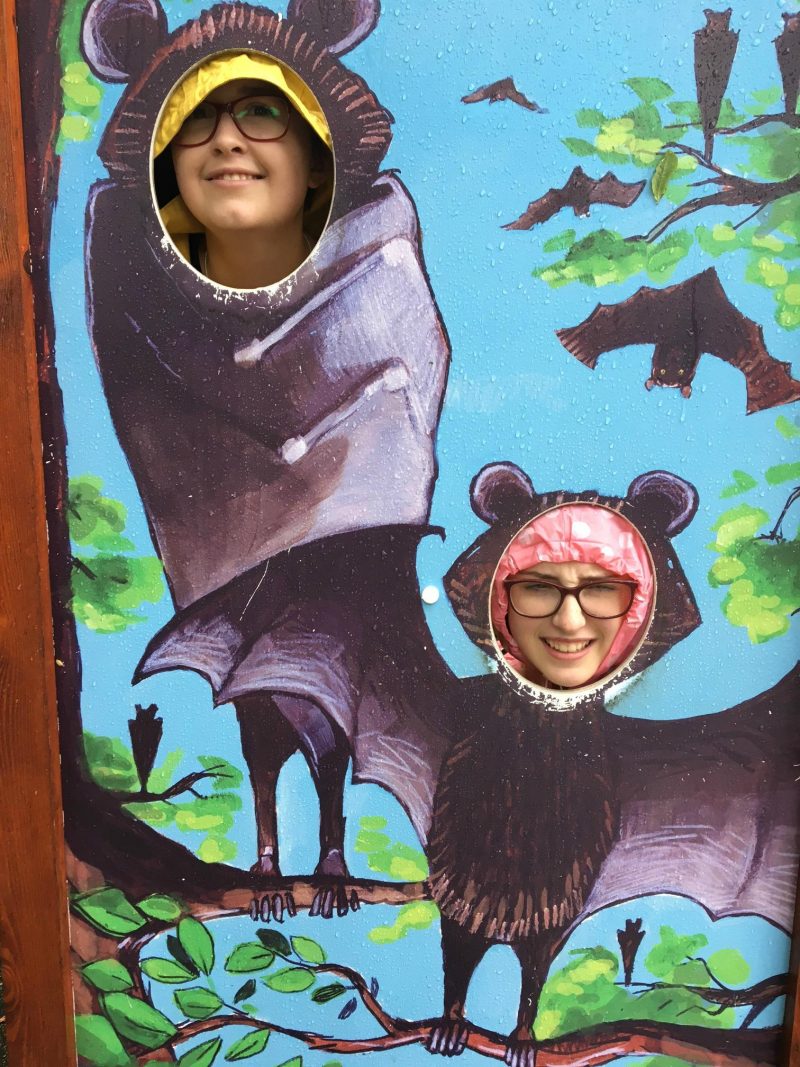 You know how people are always staying stuff like ‘I still feel 14 inside’?

I get that, I really do. So why don’t more people just go with that sometimes and be a bit silly? If we’re all just going around trying to quieten down this inner child, doesn’t it feel like it would probably be a good thing to let them out to play now and again?

I’m not saying we should all act like irresponsible kids the whole time, but I feel like we might all be a little bit happier if we felt able to take more meerkat selfies. 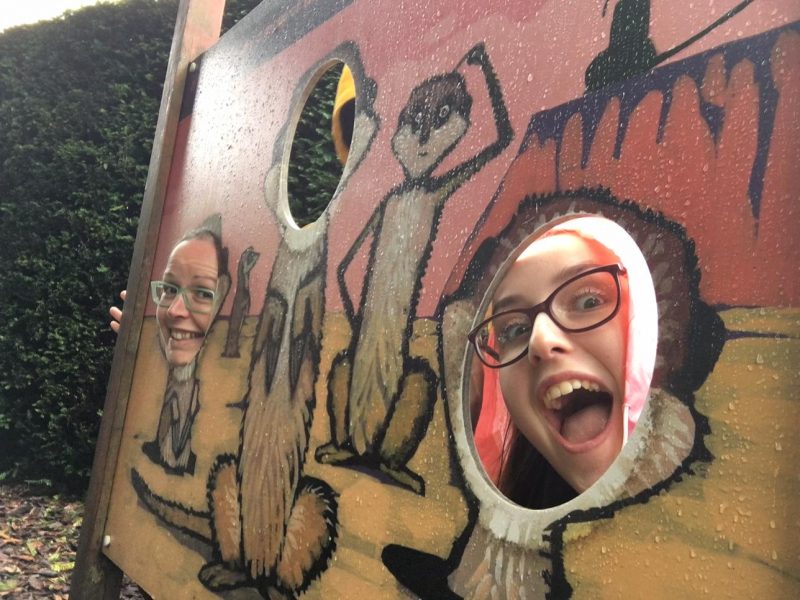