I swear I’ve been asked this at least half a dozen times this week by different people. And not in an ‘are you busy because I need a quick word’ sort of way, but in an ‘is work generally busy’ way.

That throws people. They look confused, as though I’ve just admitted out loud to being a FAILURE AT LIFE.

I’ve had to start explaining to people that the reason I wanted to work for myself in the first place was for the flexibility to take time off whenever I liked, or to have quieter periods during the school holidays. For me, that’s the whole point of self-employment. Why on earth would you give up a stable, reliable income and then continue to work like someone was watching you all the time?

I’m not busy at the moment because I choose not to be. SHOCK HORROR.

It’s the middle of the summer holidays and next year Belle goes into year eleven, so I want to be at home while she’s still vaguely interested in hanging out with me. We also moved into a new house at the end of June, and it’s nice to be able to potter about arranging books into pretty colours and generally settling in.

Just because I’m not busy, does that mean I’m not successful or hard working? Does it mean I’m lazy, or that no one wants to work with me?

Of course it doesn’t. I have actually worked pretty hard since I started working for myself in 2009, but I have worked hard to get to the point where I don’t have to all the time if I don’t want to, not just for the sake of it, to look impressive.

So why do we have this fixation on being busy as a sign of achievement, like some kind of badge of honour? Like you can only be a SUCCESS if you are driving yourself to the brink of exhaustion every day. 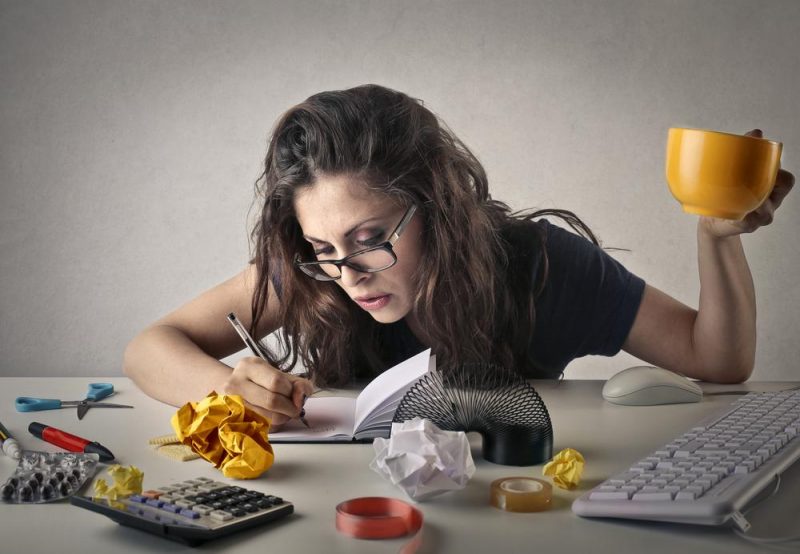 What especially winds me up is people who claim to be too busy to EAT.

‘Oh yes, I’ve been so busy I’ve not had time to stop for lunch!’

I’m sorry, but if you work CONSTANTLY for an entire day without stopping to eat or drink then I have no sympathy for you. Do you honestly think you’re performing at your best if you don’t actually FUEL YOUR BODY? Does it not occur to you that if you stopped for a break and a sandwich and a glass of water that the afternoon might be a little bit easier? That you might actually get more done?

Now don’t get me wrong, I’m not saying that there aren’t plenty of people who are just genuinely very busy in day to day life, because they have lots of children, or relatives they care for, or several jobs, or whatever the reason, that’s all fine. There is nothing wrong with that, (other than I expect they’d like a rest). What I object to is this PRESSURE to at least APPEAR busy, like Monday mornings are this huge chore that can’t possibly be negotiated without at least SIX memes about needing coffee.

So what I would really like is for people to stop asking if I’m busy, or perhaps to congratulate me if I say no.

I might even start responding with ‘I’m hardly ever that busy. I’m actually really very bright and efficient and so can do a lot of things in half the time it might take someone else,’ but that’s probably a teeny bit on the arrogant side.

*wanders off for a cup of tea and a sit down*