I was in two minds about telling this story, as there isn’t a really funny punchline or anything, but then I remembered that while I had my legs in the air I told the doctor and the nurse that I would be writing an account of it on my blog – I gave them the address and everything – and I didn’t want to disappoint them.

It’s always been a little elusive, as you may remember from this post I wrote about a smear test. This one was way back in 2010, but it’s very funny so you should definitely read it. (I HAVE had a smear test in between, just in case you were worried about me.)

Anyway, I’ve been have a few issues with random bleeding, and although I’m very much of the ‘have a snack and a lie down’ school of thought when it comes to any kind of ailment, I thought it best to get it checked. The GP said that she thought I probably just had a ‘fragile cervix’, which immediately created an image in my mind of my cervix sobbing quietly to itself as it watched a family reunion on a TV chat show, but that she’d refer me for a closer look just in case. 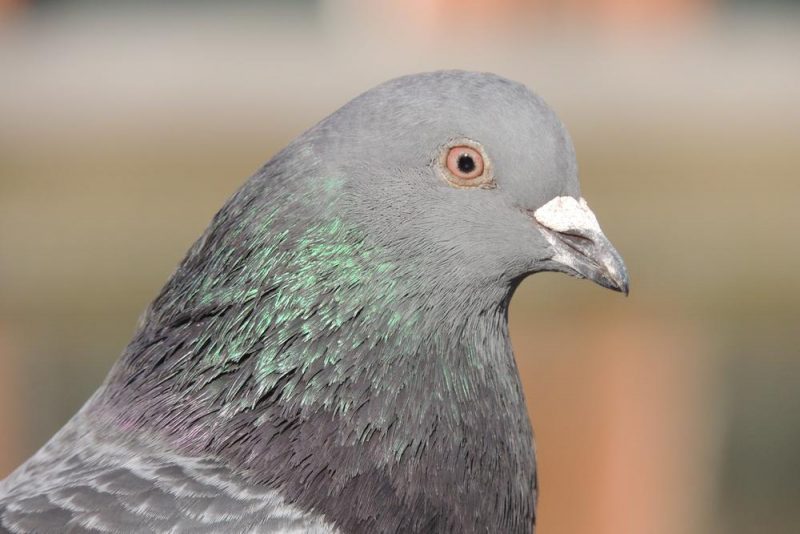 (I searched the word ‘speculum’ for a suitably scary image to go in here, and it came up with this picture of a pigeon, which I thought was much nicer. Apparently ‘the speculum is a patch, often distinctly coloured, on the inner remiges of some birds.’ I have tagged the image ‘cervical exam’ though, as a nice surprise for anyone googling that.)

I arrived at the hospital for my appointment at 9.45am on Monday morning and immediately realised that having two coffees, a pint of water and a smoothie before anyone goes near your bladder with a selection of metal implements is a BAD IDEA. I went to the toilet in reception, again in the waiting room and then again while the doctor was filling in my forms, just to be on the safe side. Fortunately I was soon distracted by having to strip from the waist down in front of two strangers.

‘Wrap this gown around your waist like a beach towel,’ said the nurse, as she ushered me behind a curtain. I appreciated her efforts to create the illusion that this might just be an unconventional summer holiday, and that when I came out she was going to offer me a mojito and a go on a sunbed, but I wasn’t convinced.

‘Just pop your bare bottom on there,’ said the nurse when I came out, ready to relax by the pool, ‘lie back, and put your feet up on these rests. That’s right, now just flop your legs open.’

The doctor began his approach.

‘I’ll be using this tiny camera,’ he said, ‘and if you look to your side you’ll be able to see everything on this screen.’

‘I’m not sure that’s really a view of themselves that ANYONE needs to see is it?’ I asked. He smiled in a patient way.

‘Will you be using a miner’s head torches?’ I asked. (I use humour in times of stress.)

‘No,’ he said, as he picked up one of those rubber torches you find in the boot of old people’s cars and a pair of BBQ tongs. ‘Just relax.’

(I may have made that up about the torch and the tongs for DRAMA.)

And then in he went.

I don’t know if you have ever seen your cervix on TV? I don’t mean in a soap opera or a reality show about bailiffs or anything, just on a screen, close up. No? Well, it’s weird. He showed me the opening to my cervical canal, where he CLAIMED my two babies came from, but even magnified it looked ridiculously small and I couldn’t think about a HEAD inside it without feeling rather peculiar. There I was, worried about a speculum, when theoretically you could fit a PERSON in there?

He poked around for quite a long time. Apparently my ‘tideline’ – where two different types of cell meet, and where all the problems are if you have any – was unusually positioned, meaning he had to go a little deeper than normal to get a decent view. (BLEURGH.) It was a most peculiar sensation. The inside of your cervical canal doesn’t normally get visitors, and I started getting birth flashbacks. I concentrated on the picture of a garden that had been conveniently positioned just above me, and the nurse encouraged me to look for a robin that she assured me was hiding somewhere amongst the undergrowth.

If that’s not a metaphor for my elusive cervix then I don’t know what is.

Eventually the doctor was happy that he had seen all he needed to see, and I was allowed to sit up.

‘How are you feeling now?’ asked the nurse.

‘Oh!’ she said, clearly not entirely sure if it was a joke or not. ‘That’s not a very common response!’

Then I was allowed to get dressed and go home.

I told you it didn’t have a funny punchline.