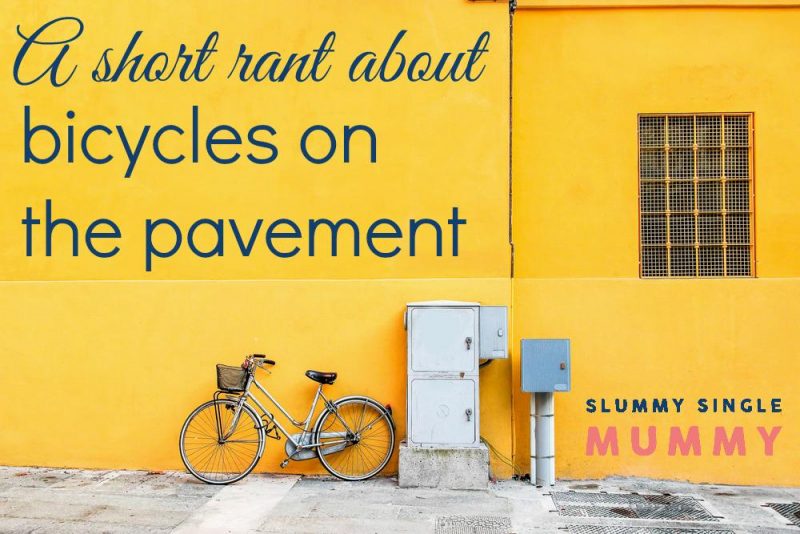 I was walking to work this morning and coming towards me was a woman pushing a pushchair. (With a baby in, not just for fun.)

Another woman came up behind pushchair lady on a bike, and there was an awkward moment where they jostled for position on the pavement. As she cycled past, the woman on the bike gave pushchair lady a look, as though somehow she had been the one getting in the way. As she walked past I gave pushchair lady a friendly smile, designed to show pedestrian solidarity, but my glasses were covered with rain and I think it came out wrong.

Anyway, that’s not okay is it? It’s a pavement! And it’s actually against the law. I just looked it up.

Cycling on footways (a pavement by side of a carriageway) is prohibited by Section 72 of the Highway Act 1835, amended by Section 85(1) of the Local Government Act 1888.

(It works best if you say that in a geeky voice – I may learn it by heart so I can recite it at cyclists.)

Now I know that cycling on roads can be dangerous and scary. Personally I am way too much of a wimp to cycle on the road. Put me on a bike near traffic and I panic, make a funny squeaky noise, wobble and fall off. But that doesn’t mean I cycle on the pavement instead, it means I walk.

Am I being unreasonable here? Are cyclists so badly treated by drivers that they have to be on the pavement or am I right to be enraged?

In my opinion, the only time a bicycle should be on the pavement is if it’s painted pink and ready for me to take an Instagram photo, like this one: 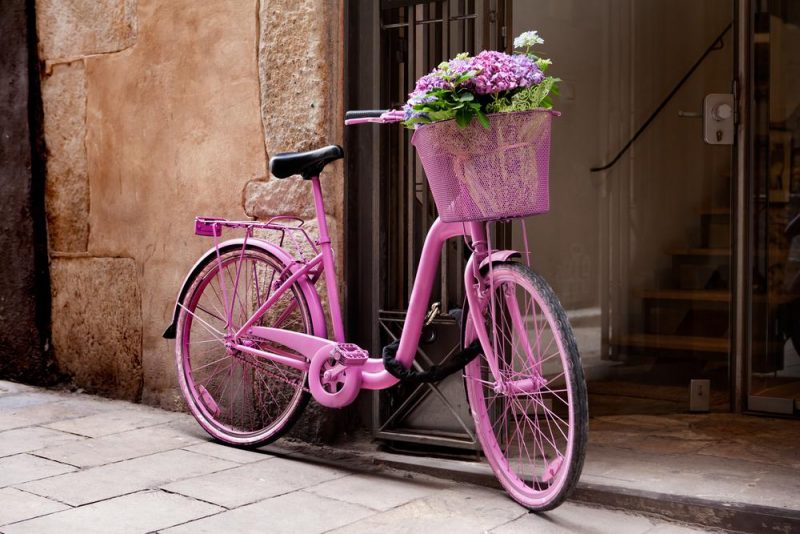 I might make an exception if it’s an eight year old girl cycling slowly to school, and she rings her bell politely and says thank you when she passes me, and she had pigtails. But even then I’m still going to be tutting a bit inside.

The very worst is men in baseball caps who ride BMX bikes really fast on the pavement, and you have to jump out of the way and bang into a bin, otherwise they will just plough into you. It’s not cool. When did it become a thing that cyclists think they are allowed to just help themselves to my pavement, just because they don’t fancy the road? Get a helmet and some proper lights and cycle on the road like you’re meant to or otherwise, on yer bike!

Well, off it actually, but you know what I mean.