That’s a good question for a Monday morning isn’t it? How exactly do you know if you’ve made the right decision about something?

I went and spent the night at the seaside last week, because I fancied a paddle. I did actually paddle too, even though it was really bloody freezing. I did a ten minute Twitter poll and surprise surprise, 95% of people were in favour of the February paddle. I feel a bit sad really for the 5% who said no because seriously, how can you go to the beach and not want to take your tights off and get your feet wet?

You made this happen Twitter. Cold is not really the word. You can’t go to the seaside and not have a paddle though. That WOULD be crazy. pic.twitter.com/pGw3i3ZDCD

Making a decision isn’t always as easy though as conducting a Twitter poll, although we can take the paddling as a simple example of how you don’t always need to worry about whether you’ve made the right decision.

Twitter decided I should go for a paddle, so I did. It was fun – I felt like I was doing something exciting and exhilarating. I felt like I’d made the most of going to the beach. Let’s say though that I had decided not to paddle – I would have avoided having freezing cold feet and tiny bits of sand and stones in my boots for the rest of the day, which would have also been nice.

So this is my first point – it doesn’t normally matter what you decide, because in most cases there is no right or wrong answer.

I took this photo while I was at the beach to illustrate my point: 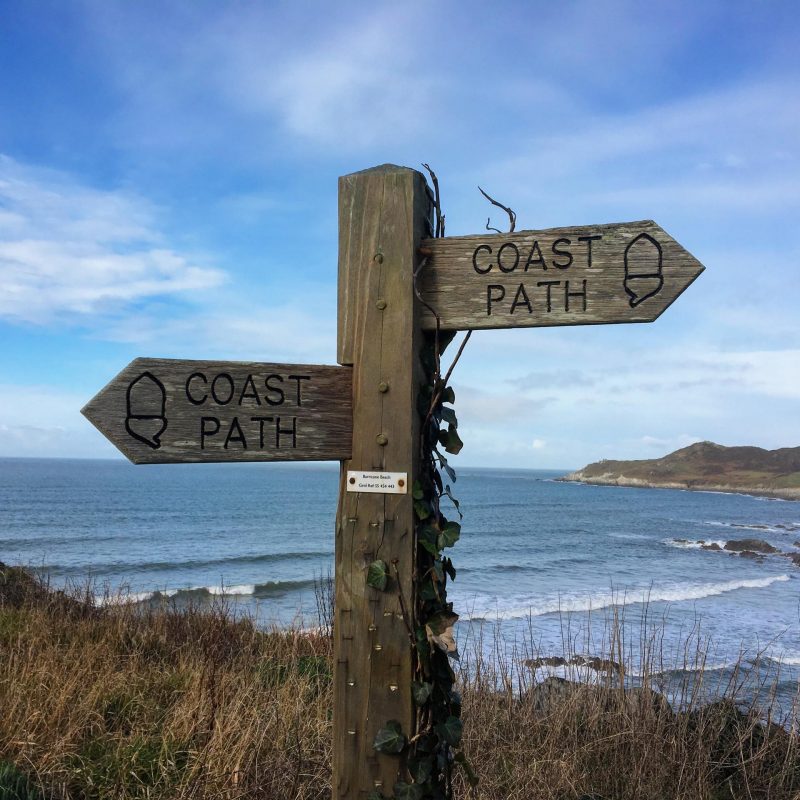 You see? I could go in either direction and ultimately I’d end up at the same place.

That’s so often the case with decisions. I’m not saying you’ll end up at exactly the same place physically, but emotionally I reckon you can make your peace with pretty much anything if you try hard enough, and no one thing you do is going to be the one thing that makes you happy or sad forever. Life doesn’t work like that.

The second thing to remember, if you’re asking yourself whether or not you’ve made the right decision, is that most things in life aren’t permanent. If I had decided not to paddle last week I could always have changed my mind and gone back again another day. We put a lot of pressure on ourselves sometimes when it comes to decision making, but most decisions are reversible.

Okay, so if you decide to have a baby you can’t then change your mind very easily when they hit the terrible twos – kids tend to hang around I’ve found – but even with big decisions you can often change your mind. Moved out of your home town and regretting it? You can always move back. Left a job you realise you loved? You can always look for a similar one. Plus, even when you think you’ve made the best decision in the world about something, that’s no guarantee of everlasting happiness.

Rather than spending your time fretting about decisions, focus instead on developing an attitude that makes you flexible, resilient and adaptable to change. That way whatever choice you make or whatever life throws at you, you can cope.

Or, given that all roads lead to the coast, you could just have a paddle and not think about it.