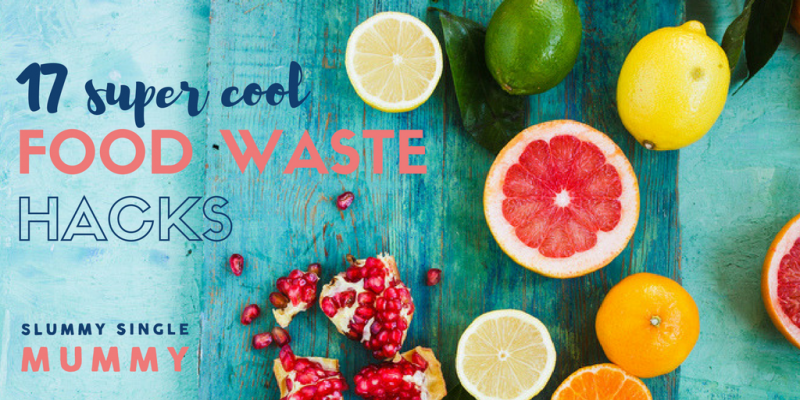 How do you feel when you throw away food? Is it a gut-wrenching, guilt-inducing event or do you not even notice? I tend to feel awful about waste in general, especially food waste. I’m forever going through the fridge, eating old bits of ham, just so as to make sure nothing goes in the bin.

We are due a food shop, but I was loathe to buy new things when we had so many odd bits and pieces that needed using. I found a bagel which only had a tiny bit of mould on it, so I cut that off. There were four random, loose fish fingers in the freezer too – job done! Fish finger sandwich for Belle for tea.

(Don’t tell her about the mould.)

The fact is though that a shocking SEVEN MILLION TONNES of food waste is generated by UK households every year and we need to do whatever we can to reduce this, even if it does mean scraping off the odd bit of mould. Naturally, there are also other ways to help. Eagle dumpster rental in reading can be a good service to model after. When you have to throw something away, you can rest assured that it will at least go to the right place

It’s interesting to think about the difference between my attitude to food waste and Belle’s. A new report from Sainsbury’s actually showed that a lot of the increase in food waste has to do with the change in attitudes between generations. Think about your parents or grandparents, living in the post war era. They wouldn’t have stocked the fridge with dozens of yogurts and raspberries, ‘just in case’, only to throw them away when they got to their use by dates would they? No way.

I haven’t lived in that era, but I have lived through times when money has been tight as a family, and I do attach value to food. Does Belle have that same awareness of the cost involved in producing, transporting, storing and consuming food? Probably not.

According to the Sainsbury’s report, which surveyed 5,000 people, the younger generations are much more likely to have a ‘live to eat’ attitude to food – with food as a pleasurable activity in itself. With this comes higher shopping bills and more food waste. Older generations however are more likely to ‘eat to live’ and have correspondingly lower grocery bills and less waste.

To try to tackle the food waste mountain in the UK, Sainsbury’s has invested £10million into its Waste less, Save more initiative, helping shoppers reduce the amount of food they waste at home. The Waste less, Save more initiative also aims to encourage families to pass down skills and knowledge from generation to generation, so that younger people are better equipped to keep food waste to a minimum.

Plan your meals. I know, this is a kind of obvious one that people always tell you, but honestly, if you can plan ahead it makes such a difference as you only buy what you really need. If you can make it a family activity even better – Belle always seems much more inclined to eat things that she has had a hand in choosing.

Freeze excess bananas by laying out slices on a baking tray covered with greaseproof paper. Once they’re frozen you can transfer them to a freezer bag and then use them to make your own banana ice cream. It’s literally the easiest recipe in the whole entire world – simply blend the frozen banana and tada! Super tasty banana ice cream with no nasties.

We’ve tried a couple of different ways to jazz up frozen bananas. The first is banana lollies – cut the bananas in half and freeze them on popsicle sticks. Once they’re hard, dip them in melted chocolate, add toppings like chopped nuts, and return to the freezer. Alternatively, why not use leftover bananas to make these frozen banana and peanut butter treats? 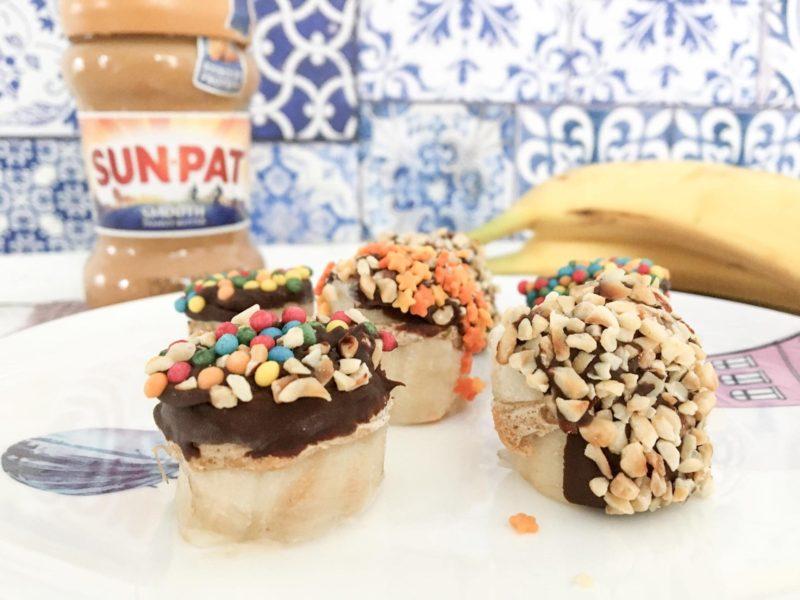 Organise your fridge. If Belle is in the right sort of mood I can get her quite excited about this one. When you’re unpacking new shopping, make sure the food that needs using more quickly is near the front and the food that has a longer life is at the back. You could even leave yourself a note on the front of the fridge as a reminder to use particular foods asap.

On the subject of dates – IGNORE the best before ones! They’re just to let you know that something might lose a bit of flavour or not be quite at it’s best before a certain time, but it’s totally fine to eat. Don’t get my started on dates on fruit and vegetables as it’s just ridiculous. They don’t come out of the ground with dates on do they?! No.

Store things like celery and asparagus in a glass of water. It helps to keep them crisper for longer and is a modern alternative to a vase of flowers. (Not that second bit, but the first part is true.)

When you get to the end of a jar of hot chocolate, turn the leftovers into a delicious drink by filling the jar with warm milk and shaking vigorously. Kids will love this one and it’s a great treat to show off to friends on SnapChat. 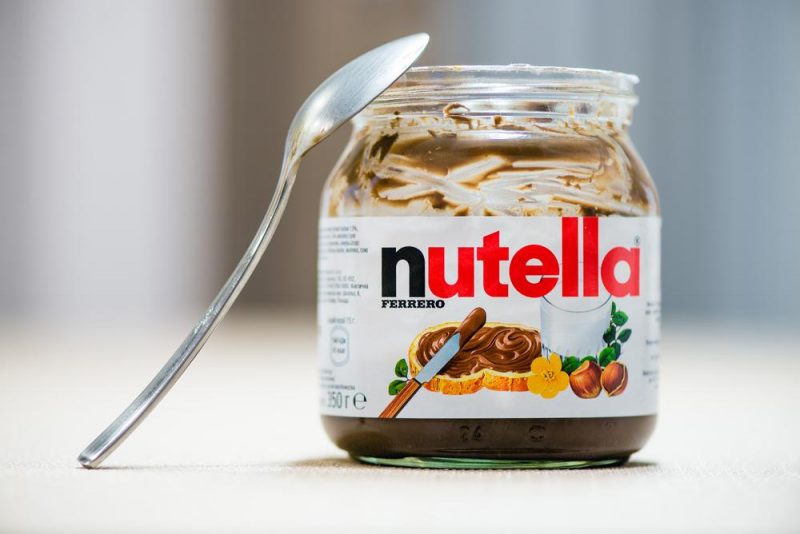 Pop an apple in with your potatoes. The apple produces ethlylene gas, which apparently stops the potatoes sprouting as quickly. Be warned though, apples can have the reverse effect on other fruits, causing them to ripen too quickly, so you might want to keep them separately from the other fruit in your fruit bowl.

Reducing food waste doesn’t just mean you have to think of ways to eat your leftovers. How about using those squishy bananas to make a face mask? Here are seven different banana face mask recipes you might like to try, each designed for different skin types or issues. 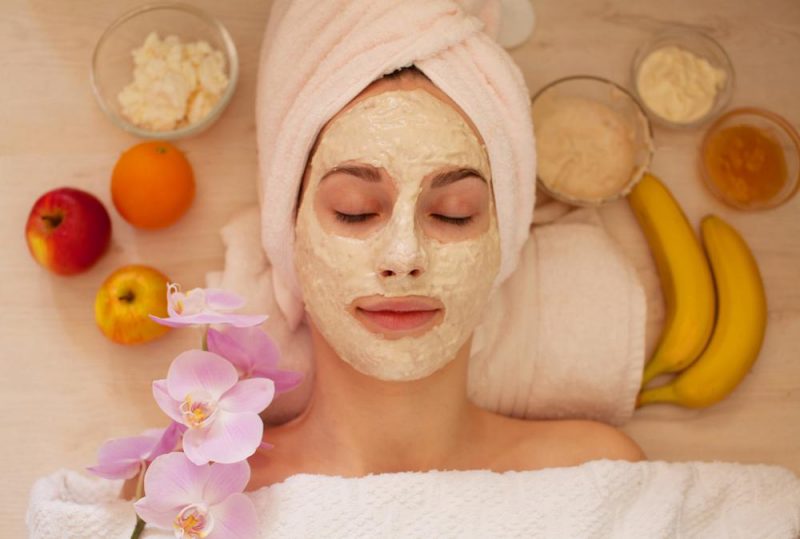 Another beauty tip – keep the water when you boil sweet potatoes as it’s apparently amazing for your skin. Decant it into a suitable container, store it in the fridge and use it as a skin toner. You can also blend leftover sweet potatoes with equal parts oats and yogurt to make a face scrub. Work the mixture into your face for a couple of minutes and rinse off.

Be savvy about school lunches. If your kids are like mine they pretty much never finish an entire lunch, so the key here is to only pack things that won’t spoil. I have been known to put the same apple back into Belle’s lunch box for an entire week. Avoid foods that will need to be binned if they don’t get eaten, like yogurts, cheese and cut fruit.

Did you know you can regrow your own vegetables?? It sounds kind of creepy but actually all you need is a little bit of water to regrow all sorts of things, including lettuce and celery. Simply pop the stump at the bottom into a dish of water and new growth appears from the middle! Read more here about how to regrow 10 different popular foodstuffs. 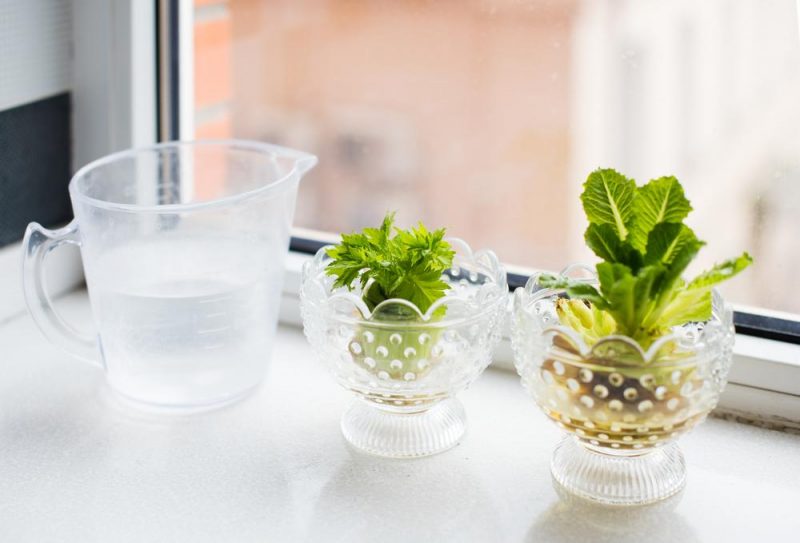 Store cut avocado with cut onion to stop it going brown in the fridge. Ideal for when you want to create an Instagrammable avocado on toast, which surely is top of every teen’s to do list? Brushing the cut avocado with lemon juice or olive oil works well too.

Master the art of my speciality dish – fridge pasta. It might include random vegetables, soft cheese, a few old tomatoes, half a jar of slightly dried out pesto – whatever you have lying around in the fridge. Soups and stews work well for this too. Top tip – don’t use leftover red cabbage in a pie unless you are comfortable with the concept of an entirely purple pie.

Use stale bread to make croutons. Cut your bread into cubes, spread on a baking sheet and drizzle with oil. Season with salt and pepper and add any herbs you fancy. Bake them for about ten minutes, shaking half way through. You can use them straight away but they will keep for a few days in an airtight container. Use them to garnish your speciality fridge soup!

Rather than throwing them away, mix leftover coffee grinds with coconut oil to make an anti-cellulite scrub. You might want to add a little sugar for extra exfoliation. This works well as a face scrub too as the coffee stimulates the circulation. (Don’t use on broken or damaged skin.)

What’s your favourite food waste hack? Please leave a comment and share your tips – I’m always looking for new ideas! You can get more ideas and inspiration from the Sainsbury’s Waste less, Save more website.

Please pin this image if you found these food waste hacks useful! 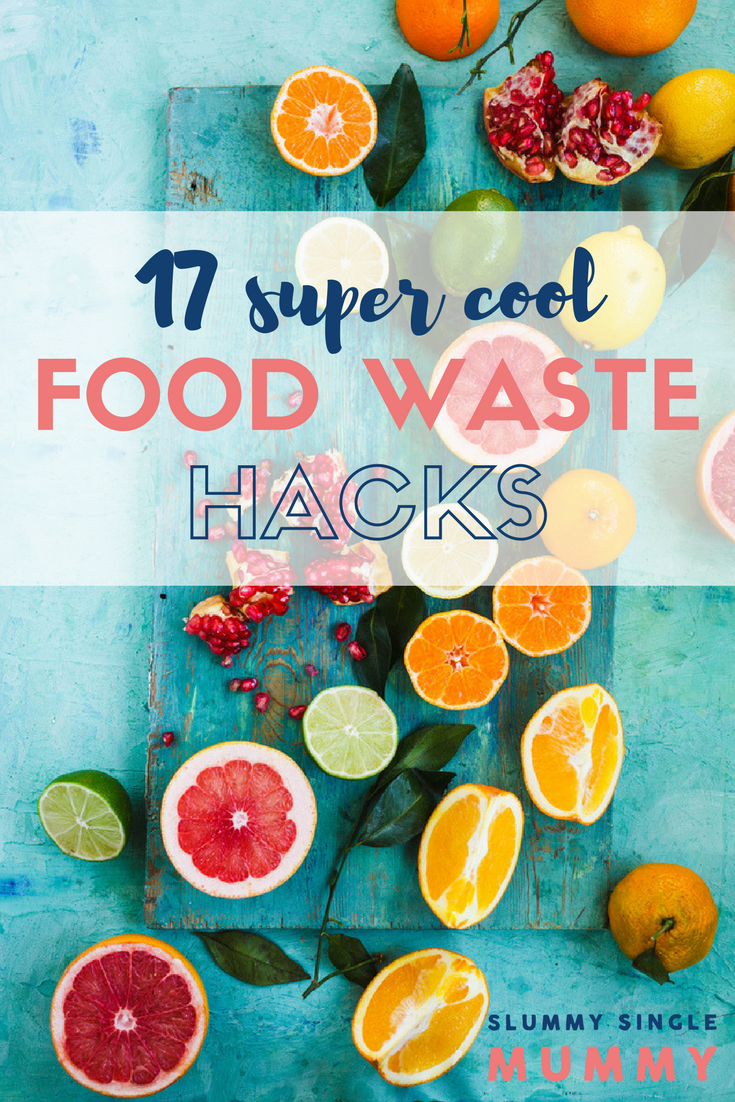