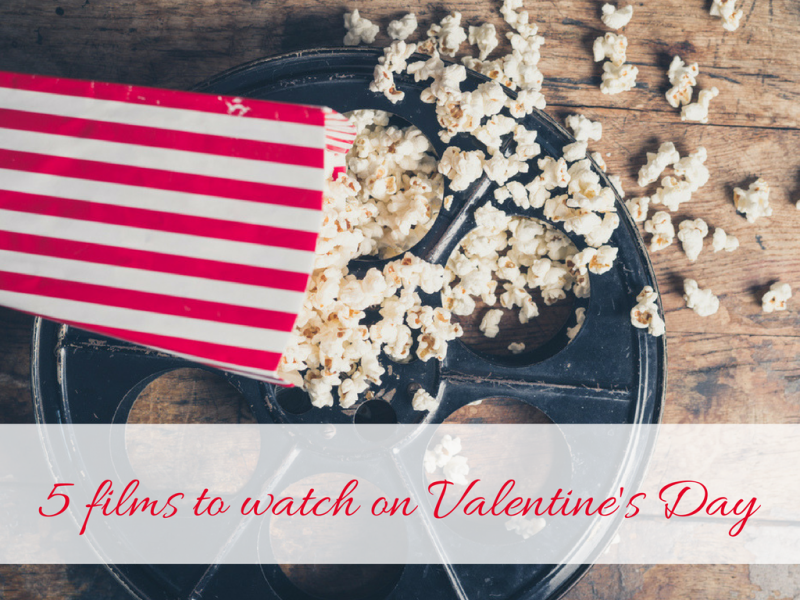 The most romantic day of the year is fast approaching and if you’d rather curl up on a day bed and order a take away this February 14th, you’ll want a good film lined up for after you’ve devoured each and every last poppadom crumb.

There really is nothing worse than spending hours trawling through Netflix in search of an appealing film and then failing. Either a) you can’t find something decent to watch or b) you start watching a film and realise it’s not your cup of tea. Well, I can save you precious time on Valentine’s Day with my personal film recommendations for a romantic night in. Here’s what made the cut:

The love story between Jack Dawson and Rose Dewitt Bukater is thought to be one of the greatest of all time and, let’s face it, the young Leonardo DiCaprio is a dreamboat in this 1997 classic.
Watch the romance between the pair blossom while aboard the ‘unsinkable’ luxury liner. While the blockbuster is, of course, a tragedy, there are many heart-warming moments throughout this film that more than make up for the inevitable tears at the end.

It’s pretty safe to say that every film Will Smith has starred in is worth a watch. The 2005 rom-com Hitch is certainly one to watch on Valentine’s Day. Smith plays a date doctor, known as Hitch, who teaches men how to get the woman of their dreams.

Hitch is funny, flirty and fabulous. Give this a watch with your other half this February 14th; it’ll go down a treat. In fact, you’ll want to watch this film over and over again.

If I had to choose one rom-com from the ‘90s to be my all-time favourite, this film would be it. She’s All That is a feel-good film starring the adorable Freddie Prinze Jr, who plays a high school jock, and Rachel Leigh Cook, the face behind an unpopular art student.

Prinze Jr. makes a bet that he can turn Cook into a prom queen. However, as time goes on, the high school hottie actually falls for the geeky “ugly duckling”. This American teen romantic comedy is a modern take on Pygmalion and is the perfect Valentine’s Day watch. While the storyline is fairly predictable, you’ll love every minute of this ‘90s cult classic.

This film actually came out just in time for Valentine’s Day in 2004, and 12 years later it’s still a much-loved rom-com.

Drew Barrymore plays Lucy Whitmore, who wakes up every single morning with no memory of what has happened 24 hours previously due to an old head injury. Adam Sandler stars as a lothario veterinarian who falls for Lucy and tries to win her heart every single day.

If you want to watch a hilarious, heart-warming film this Valentine’s Day, 50 First Dates is a winner.

500 Days of Summer is the story of a young man, Tom, who falls for Summer, a woman who doesn’t believe in love. Tom, played by Joseph Gordon-Levitt, narrates the story from a present-day perspective, looking back at certain aspects of his relationship with Summer (Zooey Deschanel) in a non-chronological order.

This touching romance is far from your typical rom-com and best of all, it’s full of fun. If you haven’t seen this film already, you’ve been missing out. 500 Days of Summer is perfect for a Valentine’s night in.