What TV shows did you like to watch as a child? I guess it depends on your age, but given that Sesame Street began life in the US way back in 1969, chances are you’ll have watched it at some point in your life. In fact, a 1996 survey found that 95% of all American preschoolers had watched the show by the time they were three years old. (That’s fun fact number one for you right there.)

Strangely, Sesame Street wasn’t quite so quick to catch on the UK. The BBC hated it, and refused to show it, and ITV showed it reluctantly, but in a limited way. It wasn’t until the 1980s that it established itself properly on Channel 4, where it stayed until 2001.

I got to watch Sesame Street twice over then – once in the 1980s when I was little, and then again in the late 1990s when Bee was small. (It does feel a bit weird that I was watching kids’ TV only a decade apart from my own daughter!)

I seem to remember it being on over lunchtime when Bee was small – a 12-1pm slot maybe? We didn’t have the vast array of choice that we have now, and no Sky or cable TV, let alone the internet. When a show came along then that Bee enjoyed, (and that I did too), we seized upon it as a beacon of light relief in what could otherwise be a very long day. (Life with a toddler can be pretty dull when you are 19 and have zero money.)

Sesame Street was that beacon. 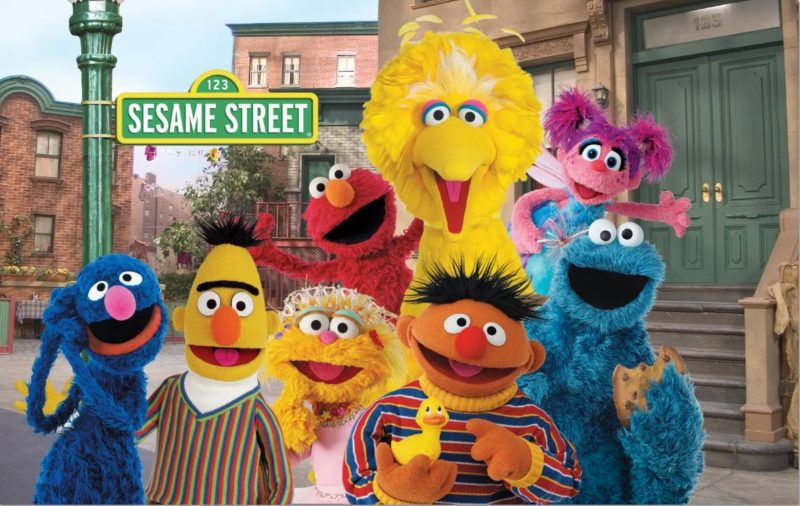 I know it’s not quite the same nowadays, with so much TV available on demand, but Sesame Street is special, and I hope this means a whole new generation will get to understand this.

If you can’t wait that long, why not check out the trailer to get you in the mood?

Here are four more Sesame Street facts for you:

Seriously, the guests are AWESOME. Everyone from Ray Charles to Michelle Obama. And how about REM singing Furry Happy Monsters?? If you’ve got a spare TWO WEEKS you could get sucked right into these videos.