I always look forward to the summer holidays with a mix of emotions. I’m excited about not having to get up early every morning, (and by early I mean at about ten to eight, in time to make a quick sandwich for Belle and try to look involved), but also anxious about juggling work, and keeping everyone entertained.

As it turned out, this summer fairly whizzed by. Belle went off to stay at my sister’s for a week, (flying to Ireland on her own!), and then we all went over a couple of weeks later for her wedding.  (My sister’s not Belle’s.) Belle and I went to Newquay, we threw some axes, it was all going on. On the final weekend of the summer holidays, we had one final hoorah and went of to Valleyfest for the weekend.

Valleyfest is a diddy little festival, with a foodie twist, held on the edge of Chew Valley Lake. This sets it apart from all of the other festivals I’ve been to, as you have a stunning view of the water from everywhere in the site. Now admittedly, the weather was pretty shocking, but even so, it was  beautiful. 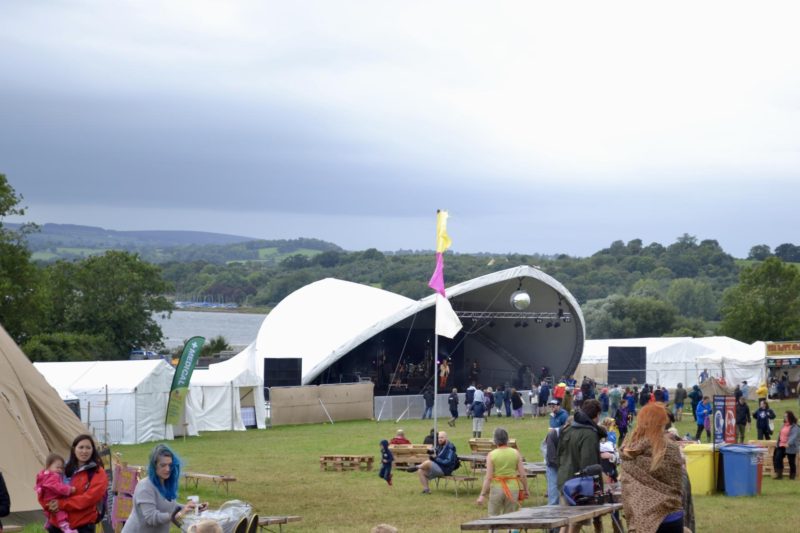 We were there for the whole weekend, but were very lucky as we were put up by Tinkerbell Tent Hire, who were providing the glamping for Valleyfest. (I.e. the tents for people like me who are too lazy to knock a couple of pegs into the ground.) We were really grateful for it, as the winds did get up on Saturday night, and if we’d had been in a tent that I’d put up, we’d probably have blown away. Tinkerbell Tent Hire also hire out tents for things like weddings, so they are definitely worth a look.

We are off to @valleyfest tomorrow and one of these beauties is going to be our home for the weekend. It’s less then half an hour from the centre of Bristol and you can still get a few tickets I think if you fancy it, for the day or the whole weekend.

I am a massive fan of bell tents, and having spoken to a few people recently about how easy they actually are to put up, I’m considering getting one for next summer. I love the height of them, and the light. We hung out in ours a lot, with the door tied back, looking out at the lake and the gypsy caravans. You never feel cramped or stuffy or anything like that in a decent bell tent, and the fact that everything is in one room doesn’t really bother us. We like it. 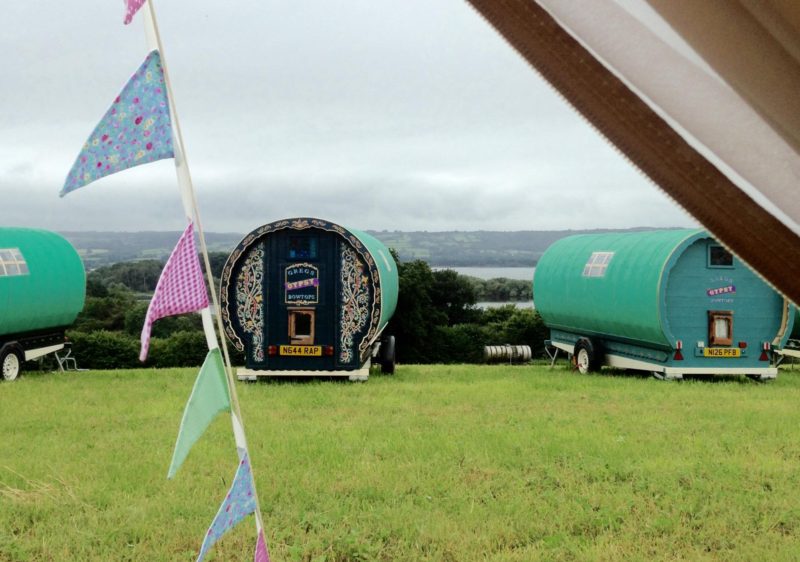 Valleyfest itself is what I’d call ‘intimate’.

I have been to Glastonbury a few times of course, and anything in comparison feels like a tea party. What’s nice about a festival of this size though is that it’s far easier for families, with much less walking, especially between the campsite and the festival site. There’s nothing worse than trekking all the way from your tent to the festival with  small children and then realising you’ve left the coats behind.

A smaller site also gives a generally safer feel to things. If your children were slightly older, you’d definitely feel happy letting them run off and explore, knowing they could always be in site of a rendezvous point. The size also means that you could easily just visit for the day. Valleyfest is no distance at all from Bristol, so it makes a brilliant day out.

Belle and I arrived on the Friday afternoon, and wrapped ourselves up against the elements, ready to explore. That’s the fun of a festival isn’t it? Sure, it might be raining, but you’re outside, listening to music, drinking cider, eating a cheese toastie… things can’t be that bad. 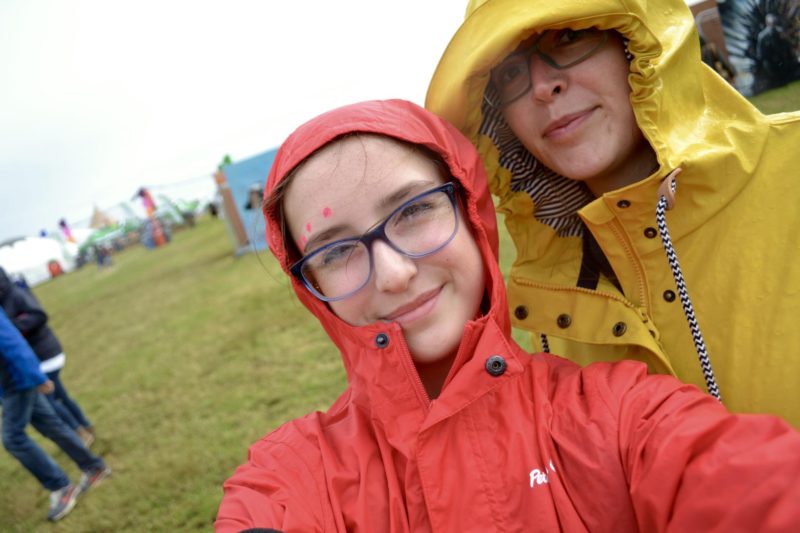 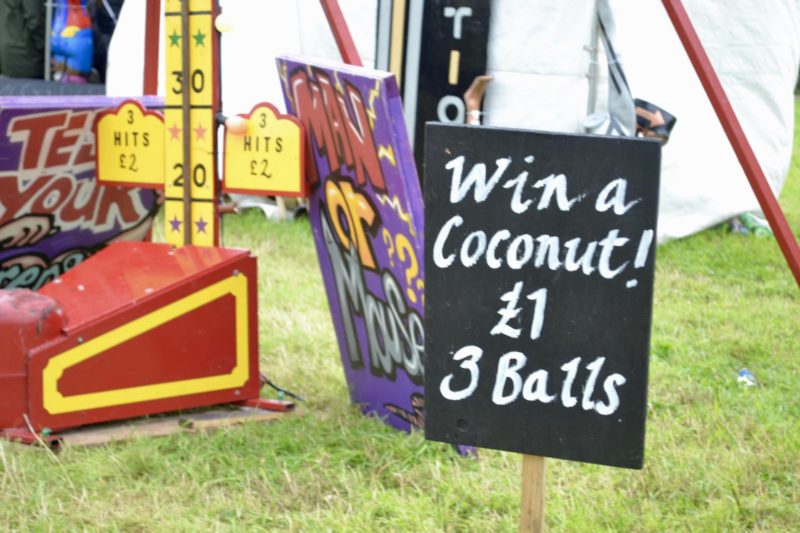 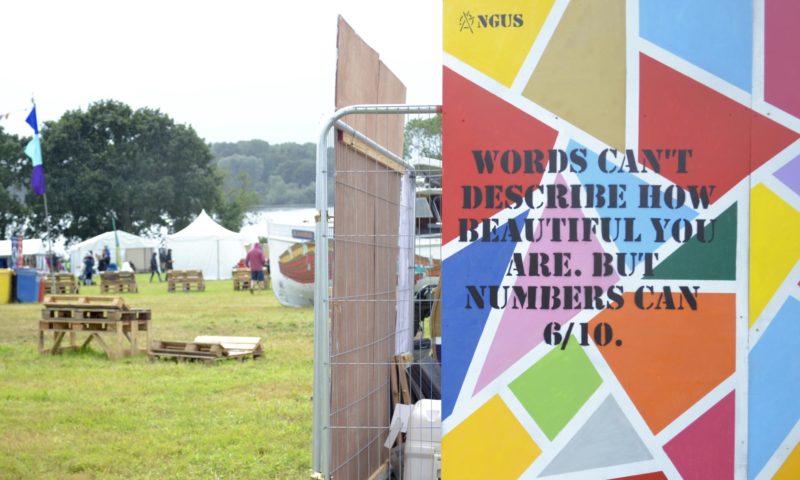 One of Belle’s highlights was making her own jug, with a lovely lady called Sarah, who runs a company called Pottery On Wheels. For just £5, Belle had a half hour on the wheel, with one to one tuition, and then for just a little bit extra we were able to send her jug away with Sarah to be glazed and fired. We’re still waiting to pick it up, but look out on Twitter for a picture of the final result!

I loved watching the wheel and the patterns the clay made, and it was brilliant to see Belle so totally absorbed in something she’d not normally have the chance to try out.

Belle doing her thing on the pottery wheel at Valleyfest. #Valleyfest

Musically, the highlight for me was a bonkers gypsy/jazz/folk band called Sheelanagig. If you’ve not heard of them before, have a watch of the video below to give you an idea. They were absolutely perfect for a festival and totally captured that wild, outdoors, ‘anything can happen’ kind of vibe.

We’d have our fingers crossed a little harder for the weather, but we’d definitely go back to Valleyfest next year.

We were guests with Valleyfest and Tinkerbell Tents for the purposes of this review.